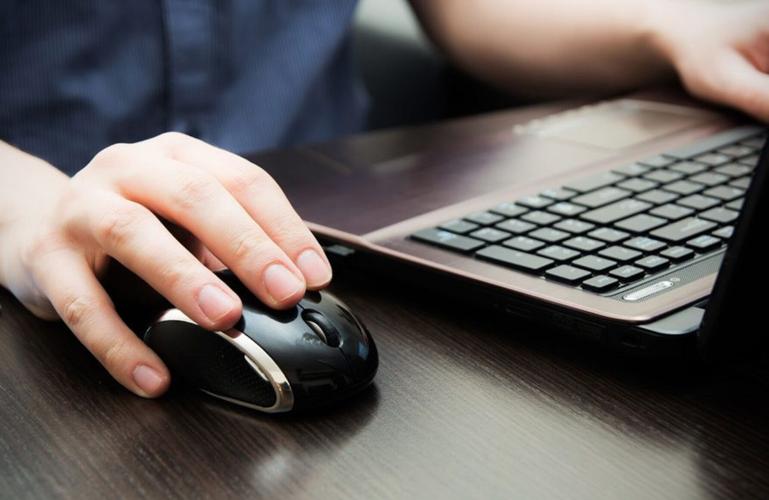 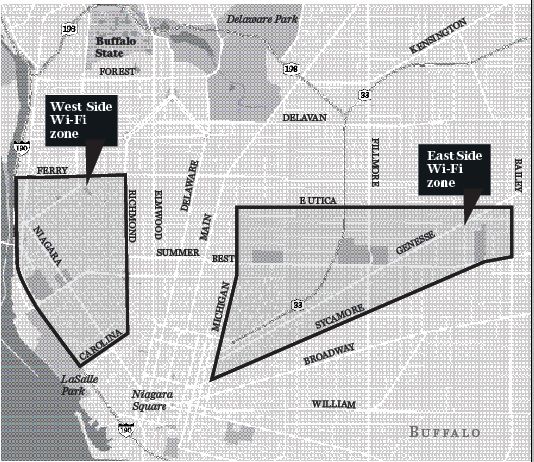 Support this work for $1 a month
By Jay Rey

The digital divide in Buffalo is about to get a little smaller.

Free internet access will be made available to the homes of several thousand Buffalo Public Schools students and their families in two of the city’s neediest neighborhoods – one on the East Side, one on the West Side.

The school system will spend more than $1.3 million for HarpData, a Buffalo-based information technology company, to extend the wireless signal from eight schools into the surrounding homes of district students.

Access to high-speed internet has become yet another equity concern for officials in the district, as more and more instruction has moved online.

While the district has spent millions of dollars in recent years to upgrade its wireless network and equip students with laptops and tablets to use during the school day, many kids don’t have the same advantages at home because families can’t afford the internet connection they need to do research, homework or other assignments.

“What that does is create what we call 'the homework gap,’ ” said William Russo, director of instructional technology for the school district.

“It’s a disadvantage for a significant percentage of our students and families who aren’t on equal footing with families that have access to broadband connectivity,” Russo said.

The Board of Education approved the contract last month with HarpData, which was the lowest bidder.

Work is expected to begin in September, with hopes of completing the project sometime between December and the early part of next year, said Ivory Robinson, president of HarpData.

A 1997 graduate of Riverside High School, Robinson understands the importance of a project like this.

“It’s not our biggest project to date, but it’s certainly the most important thing I’ve worked on in the entirety of my career,” Robinson said.

The two neighborhoods were specifically targeted, because they are in what’s referred to as “digital deserts” – lower-income neighborhoods where more than half of all households don’t have home internet or cellular service.

In this case, HarpData would, basically, situate wireless antennas atop the eight district schools and other buildings near them to extend the district’s Wi-Fi signal into the neighborhoods.

Their signal would reach as many as 5,500 students who live inside a two-mile radius of one of the eight schools. Students then would be able to use their passwords to log on at home the same as they would at school.

On the West Side, the wireless zone is bounded, roughly, by West Ferry Street on the north, Richmond Avenue on the east, Carolina Street on the south and the I-190 on the west.

“We’re lucky to have a data network with very high capacity and very good security, so we’re able to segment part of our traffic off our network to extend it out into these neighborhoods,” Russo said.

In Buffalo's 'digital deserts,' more than half of households lack internet

Last year, high school seniors in Buffalo were the only ones allowed to take district-issued laptops home, although this year that policy is being extended at some schools to include underclassmen, Russo said. The district also is considering how students in grades 3 to 8 can start taking home devices.

“But our sense, as a district, is the vast majority of our households there have multiple devices in the house, whether it’s a cellphone or a tablet or a laptop,” Russo said. “Our sense is it’s not a device divide, it’s an issue with connectivity.”

Half the funding for this project is from the district’s IT department, while the other half is from a State Education Department grant awarded to the district’s community schools, explained Anibal Soler, associate superintendent of strategic alignment and innovation.

Around the city, the district has designated 21 of its schools as “community schools,” which provide an array of services after school and on Saturdays to both students and the wider community.

The Wi-Fi project was a perfect addition to the services being provided by the eight community schools in these two neighborhoods, Soler said.

While this is a pilot project, the district hopes that down the road it can extend its Wi-Fi network to students in other parts of the city, as well.