After nearly 50 years at the corner of Washington and Scott streets, The Buffalo News is moving its newsroom and administrative offices just over a mile away to Larkinville.

Lee Enterprises, the Iowa-based company that owns The News, has agreed to sell the newspaper’s five-story headquarters to Amherst-based Uniland Development Co., one of the region’s biggest real estate developers.

Uniland’s plans for the building are still in flux, but CEO Michael J. Montante said the developer intends to reuse the structure, not demolish it.

“The building has great bones,” Montante said. “To replicate the building would be very difficult to do today. It gives us a lot of flexibility to do a lot of different things.”

The purchase price for the deal, which is expected to close by year-end or early January, was not disclosed. The newspaper will vacate the concrete building at 125 Washington St. – which is underused and costly to maintain – by late fall.

The newspaper’s yellow-brick press building on Scott Street – with the two printing presses that were installed in 2004 in a $40 million investment by then-owner Berkshire Hathaway – will remain in place and will continue to be owned by The News.

The newsroom, administrative offices, Amplified Buffalo and audience staff, as well as other employees, will relocate to the Larkin at Exchange Building, where The News will lease and occupy about 20,000 square feet.

“We’re really excited to be part of the renaissance of moving to a resurgent neighborhood that’s in the City of Buffalo, where we can participate in that renaissance more,” said News President and Publisher Tom Wiley.

About 175 office employees will make the move to a single floor, while about 70 will remain behind for production. The rest work remotely.

“When you do the math, just the financial side of it, it’s very clear why we would move,” Wiley said. “We get to feel more like a community as a group. We’re not all spread out.”

The News had been exploring a move – and a potential sale of its office building – after concluding that the building was too big for its current needs. The cost of operating the existing office building is double what the newspaper will pay in rent.

“This is a very expensive building to maintain, and I’d rather spend the money on something else, like technology, or journalism or sales,” Wiley said.

After deciding to pursue Uniland’s purchase offer instead of subleasing space to others on its own, The News conducted a search for new space, evaluating alternatives in downtown Buffalo, Larkinville and on Elmwood and Delaware avenues in North Buffalo. Rehabs of existing buildings and new construction on vacant lots were considered before officials settled on the Larkin at Exchange building, owned by Howard and Leslie Zemsky’s Larkin Development Group.

“It’s a nicer space. It’s got more sunlight,” Wiley said. “It’s a space that’s built to be friendlier to the staff.”

The move by the newspaper – the largest in the state outside of New York City and Long Island – represents a shift in Buffalo’s landscape. The News has been headquartered either on lower Main Street or at its present location – known as One News Plaza – since it was founded in 1873 by Edward H. Butler.

The move reflects a changing dynamic in modern office space needs and the increased value of downtown real estate, particularly in the Canalside area, which has witnessed hundreds of millions of dollars in public and private-sector investment in recent years to create an entertainment and recreation destination along the city’s waterfront.

The News’ building, along with its parking lot along Scott Street, is next to Canalside and near Harborcenter and the KeyBank Center.

"Location is not the absolute key to real estate, but it goes a long way, and the location of 125 Washington – being in the Cobblestone District, near Canalside and the Central Business District all in one – is pretty significant,” Montante said. “There’s not really many, if any, opportunities that come along where you have that ability to be part of redevelopment of this building in this location.”

That recognition was a primary factor in The News’ desire for a local developer as the buyer, and specifically the decision to go with Uniland, Wiley said.

“We’re a local company,” he added. “So it was important that we had someone that could understand what is happening in downtown Buffalo and what is going on with the renaissance in this area. Uniland gets that. They’ve done some great stuff, and they’re clearly committed to Western New York and the city.”

Both Wiley and Montante cited the developer’s work with converting the former Dulski Federal Office Building into the Avant 13 years ago.

“We feel 125 Washington has similar potential,” Montante said. “We’re not doing the drastic facelift that we did with Avant. But in terms of being able to redevelop it, we feel it has equal potential.”

Montante said Uniland is still exploring a variety of uses, including commercial, residential and retail. “We don’t have anything specific,” he said.

However, he added, “when we buy something, it’s not to buy it and sit on it. It’s to move forward immediately with redevelopment.”

He noted that the building’s floor sizes are ideal, as is the column spacing and window sightlines.

The building could see a single-use tenant or multiple tenants, while reuse of the parking lot is uncertain.

The News building, constructed and opened in 1973, contains about 160,000 square feet of space, next to the company’s two-story press building that extends along Scott. The two buildings are connected in a couple of places on the first and second floors, but can be physically separated.

At the time of construction, the Brutalist-style concrete edifice was considered a major commitment to downtown Buffalo by the privately owned newspaper, which was still in the hands of the founding Butler family.

Today, The News employs about 540 people, including more than 80 in its newsroom.

According to the report, the man was ejected from the car and it burst into flames.

Couples said 'I do' in Hamburg, but undercover cops objected in widespread marriage fraud case

The local ceremonies were part of a widespread ring of fraudulent marriages that allowed foreign nationals to stay illegally in the United States, according to federal authorities.

Eastbound side of Thruway closed in Depew following crash

Eastbound traffic appeared to be at a standstill behind the crash.

DNA evidence leads to trial in 1978 cold case: 'He was banking he would get away with murder'

John M. Sauberan, 63, also known as John Fullagar, was charged in March 2020 with second-degree murder in Linda Tschari's death after prosecutors say he was linked to the crime scene through a DNA match.

“There's good news, but it is coupled with the sobering reality that we have significant problems that linger,” said Brian Smith, associate executive director of Citizens Campaign for the Environment.

Neighbors for years have complained about quality-of-life issues at many of the buildings on a half-mile stretch of Kenmore Avenue.

How much of the debt Douglas MacKinnon is offering to pay is unclear – the proposal was not described during a status conference in federal court Monday or in any publicly filed court documents.

A Buffalo City Court judge has dismissed all of the remaining charges against New Era Cap Co. CEO Christopher H. Koch that stemmed from a confrontation with his girlfriend's ex-boyfriend outside a North Buffalo restaurant earlier this year.

A Buffalo firefighter fired over his medical marijuana use can proceed with his legal action to get his job back, a state judge ruled Thursday, but the judge declined to immediately reinstate him as he requested. 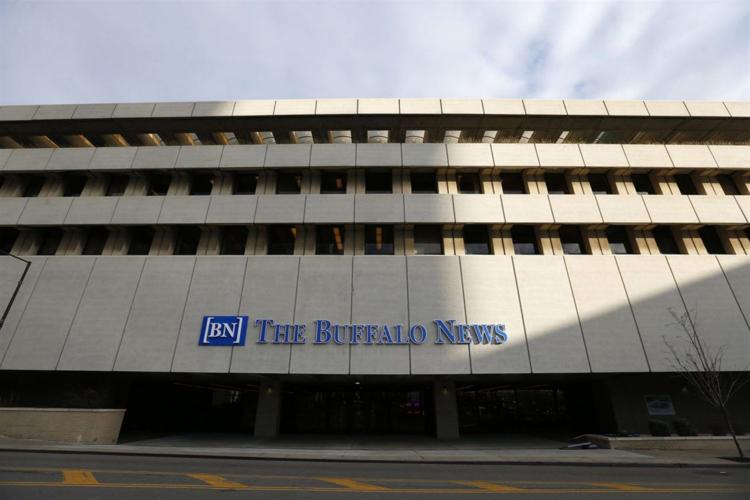 The Buffalo News has occupied One News Plaza at Washington and Scott streets since 1974. 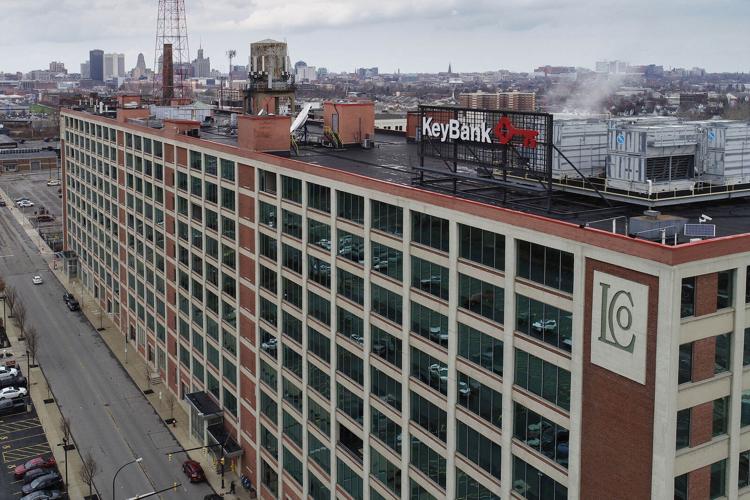 The News will be moving most of its offices to the Larkin at Exchange building in Larkinville.