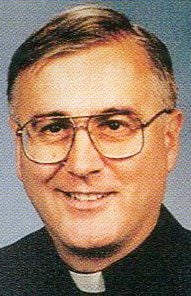 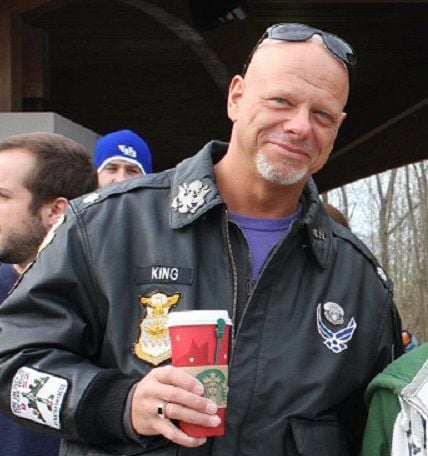 Harry King, who said he was repeatedly raped by the Rev. Donald Becker when he was 13 years old, was offered $140,000 in compensation through a Buffalo Diocese program for clergy sex abuse victims. (Provided photo)

The diocese’s own files show that senior officials knew as far back as 1983 that Becker likely molested boys.

That year, a mother wrote to the diocese complaining that Becker had sodomized her son in 1974 or 1975. She said her son had developed a “severe sexual psychiatric problem” as a result of the abuse, which she cited as a contributing factor to her son’s sex crimes against others.

The Rev. Donald W. Trautman, a high-ranking diocese official at the time who went on to become bishop of the Erie, Pa., diocese, sent a memo to then-Buffalo Bishop Edward D. Head recommending that Becker go to Southdown Institute, a mental health facility near Toronto for treatment.

“I am not questioning the veracity of the complaint,” Trautman wrote in his memo dated July 15, 1983. “I only believe that it is proper that we hear (Becker) out on this matter. This matter coupled with other concrete situations that I have brought to his attention on 2 occasions warrant his assignment to Southdown.”

The mother’s letter and Trautman’s memo were among hundreds of diocese files subpoenaed by the State Attorney General’s Office in an investigation launched two years ago. Excerpts from some of those files were revealed for the first time Monday in court papers filed by Attorney General Letitia James’ lawsuit against the diocese, former Bishop Richard J. Malone and former Auxiliary Bishop Edward M. Grosz.

An oft-accused priest, one victim's story and the true meaning of bankruptcy

The diocese last week declared bankruptcy in federal court. Michael Eames, 60, has his own definition of bankruptcy, one he learned at 15 through the behavior of a priest Eames describes as “a

The excerpts spelled out in a 218-page report that is part of the lawsuit show a pattern of multiple diocese leaders shielding priests from public accountability for their alleged crimes.

Seven bishops in Buffalo, as well as an administrator who went on to become a bishop elsewhere, covered up for Becker since the unidentified mother’s letter to the diocese, the files show.

Even today, with 21 Child Victims Act lawsuits accusing him of sexually abusing minors, Becker, 77, remains a priest, retired and living in Florida on a priest’s pension. Becker is accused of child sex abuse in more lawsuits than any other priest who served in Western New York.

The diocese also paid out $17 million dollars in compensation awards to victims of clergy sex abuse, including some who accused Becker.

One of those is Harry King, who accused Becker of raping him when he was 13-year-old parishioner of SS. Peter & Paul Church in Hamburg. King received a $140,000 settlement from the diocese. He said the Attorney General's report was more valuable than the money.

"It's sort of like a vindication, that, yeah, now the church in their own documents is saying what they did," said King. "I feel like my story has been corroborated. It's not just me being out there going, 'This is what he did.' "

Becker did not return a voice message left Tuesday at his home.

Diocese officials didn't publicly identify Becker as a child molester until 2018. Becker denied in an interview with The News in 2018 that he sexually abused minors.

"No, I did not," Becker said at the time, when asked if he had ever molested children. "Certainly not sexual … This is quite shocking."

Diocese officials in 2019 told the public that they referred Becker’s case to the Vatican, which has the power to adjudicate claims of clergy sex abuse, but the Attorney General’s investigation found no referral documents, either to the Vatican or from the Vatican for Becker, in the subpoenaed files.

Instead, Becker’s file contained an unsigned June 2018 letter from Malone to the Vatican’s Congregation for the Doctrine of the Faith recommending that it take no action against Becker because no evidence showed that he had either continued to abuse after 1989 or that he had violated his ministry restrictions and because he was 76 and ill, the AG’s report said.

The AG’s report included 25 case studies of the diocese’s handling of clergy accused of abusing minors. The report withheld the accused priests’ names because they are not defendants in the lawsuit, and the priests did not have an opportunity to respond to claims made in the report, according to a spokeswoman with the Attorney General’s office. The office, however, has filed a motion asking the court for a hearing to determine whether the names of the priests may be publicly disclosed.

The News is naming Becker, who is identified in the report only as “Father A,” because it has corroborated facts in the report with its own prior reporting of allegations of sexual abuse against Becker.

Becker didn’t end up at Southdown until 1989, after the diocese learned of more incidents, according to court papers. In a letter to Southdown, Head described several incidents involving Becker, including the mother’s 1983 allegations and an “inappropriate touching” of a young man in 1981, according to court papers. Head also said that Trautman met with Becker and the priest accepted the incidents as factual, despite handwritten notes in Becker’s file indicating that he may have denied portions of the incidents.

Becker wrote to Head in 1990 to describe his experience at Southdown, saying he feared that his “mistakes ... would cloud the future for as long as (he) lived.”

A year later, Head promoted Becker to pastor of a parish.

King posted on Facebook this week a raw and powerful 3,800-word essay about the alleged abuse and its effect on his

“I informed (her) again that Father (Becker) had a rational, reasonable, and acceptable explanation for each and every one of the concerns which she brought to our attention,” Popadick write. “She, again, is satisfied with the consideration given to her by the Bishop’s Office ... (and) considers the matter closed.”

In June 1994, a father wrote to Bishop Head asking for a meeting regarding the sexual molestation of his son between 1976 and 1977.

The Rev. Robert J. Cunningham, who was vicar general at the time, said he investigated and spoke with Becker, who told him that many people came to help him at his cottage in the 1970s.

“During that period of time, there was some serious alcohol abuse, and things may have happened that he has no recollection of at the present time,” Cunningham wrote of Becker’s response. “While he specifically cannot remember showering with anybody or abusing anybody, if drink was involved, he feels he could have acted inappropriately.”

The father said he would have to accept the priest’s word, but didn’t want the priest to think he could get away with something like this, Cunningham wrote in his notes.

“At this time, (the father) is not requesting any further action, nor is there any other action to be taken,” concluded Cunningham, who left the Buffalo Diocese in 2004 to become bishop of Ogdensburg and later served as bishop of Syracuse until retiring in 2019.

In 2002, as the U.S. Conference of Catholic Bishops was preparing to adopt new standards on handling clergy accused of child sexual abuse that called for the removal of priests with a single allegation of abuse against them, Becker submitted a request to resign his pastorate and be placed on medical leave.

“Allow me to take this opportunity to express my sentiments of gratitude and appreciation for you and for all that you have done,” Mansell wrote.

Within days of Becker’s resignation, Cunningham received another complaint of alleged sex abuse by the priest. The next day, Becker told parishioners at St. Mary Church in Batavia that he would be taking a sabbatical for health problems.

The diocese continued to receive sexual abuse complaints about Becker for years after his resignation.

The Editorial Board: Attorney general shows complicity by Malone in shielding accused priests

The Buffalo Diocese’s practice of designating accused priests as “unassignable,” and allowing them to retire or go on medical leave, was a clear dereliction of duty to the Catholic faithful, the “flock” they are supposed to guard as shepherds.

The Editorial Board: Fisher will take reins as Buffalo’s bishop, steering diocese through troubled times

Fisher will be installed on Jan. 15 with a clean slate as he tackles the challenge of leading the Buffalo Diocese through troubled times, writes The News' Editorial Board.

A U.S. Bankruptcy judge rejected the Buffalo Diocese’s request to retain a law firm to represent retired Bishop Richard J. Malone and retired Auxiliary Bishop Edward M. Grosz, both of whom are individually named, along with the diocese, in the lawsuit.

New York's AG is alleging diocese leaders protected more than two dozen priests accused of child sexual abuse by not referring their cases to the Vatican.

Harry King, who said he was repeatedly raped by the Rev. Donald Becker when he was 13 years old, was offered $140,000 in compensation through a Buffalo Diocese program for clergy sex abuse victims. (Provided photo)