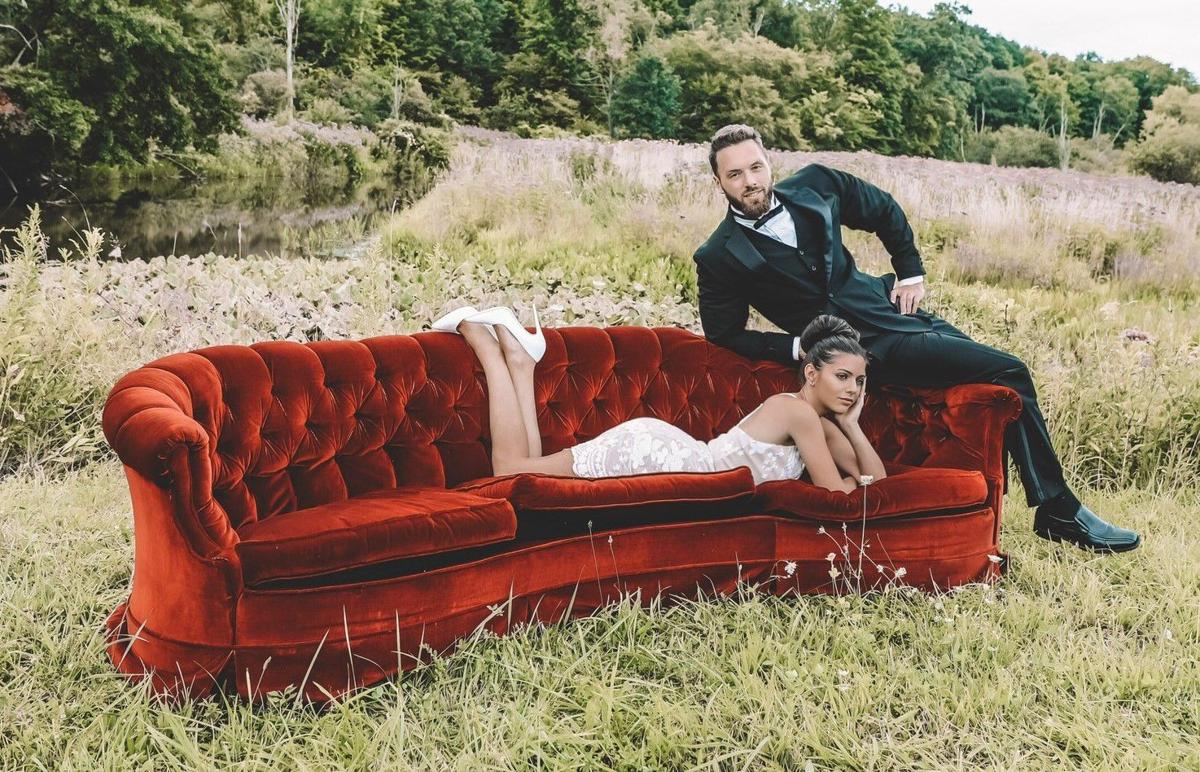 The engagement photo of Brittany and Alexander Miller, who got married March 14 in Niagara-on-the-Lake, Ont., at the start of the Covid-19 shutdowns and shelter-in-place orders. New York now is letting clerks marry people over video conference. (Photo courtesy of Kruse and Miller) 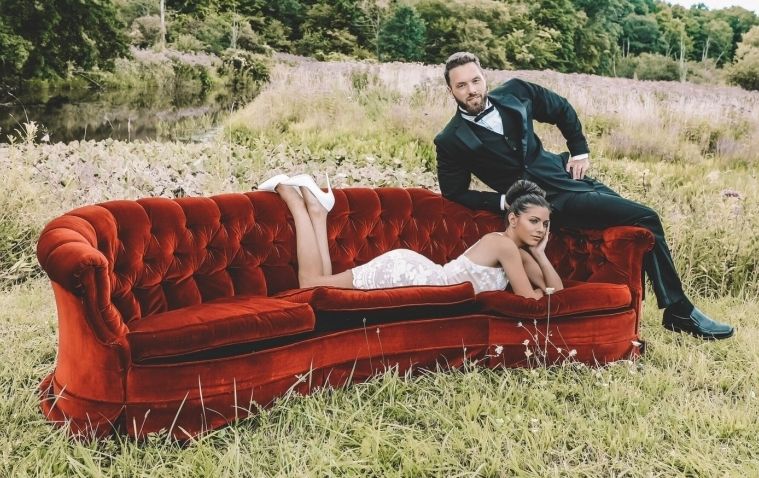 The engagement photo of Brittany Kruse and Alexander Miller, who are set to get married Saturday in Niagara-on-the-Lake, Ont. (Photo courtesy Kruse and Miller) 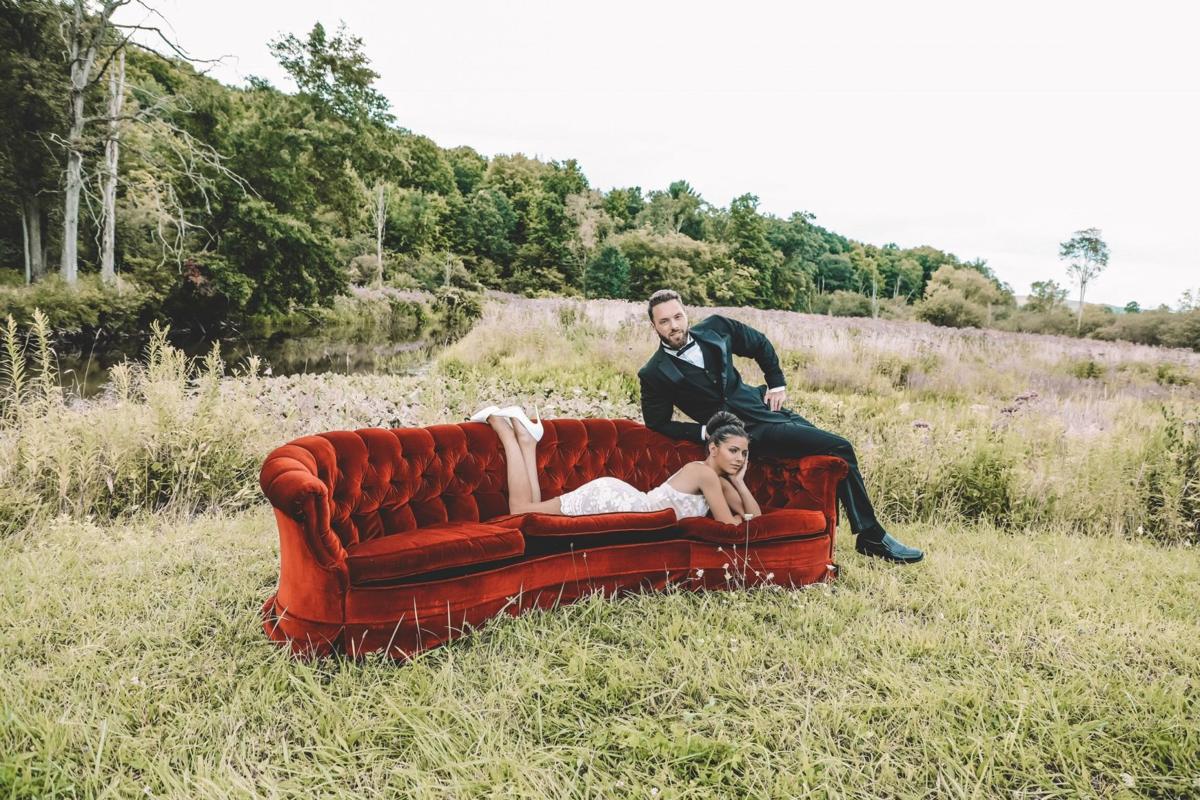 When Brittany Kruse and Alexander Miller were planning their wedding, the idea that a global pandemic might upend all of their careful preparation was beyond imagining.

But that's where we are now, as the Buffalo couple got ready to get hitched Saturday – in Canada – in the midst of the novel coronavirus outbreak.

"We're pushing through," Miller said in an interview Friday in between fielding text and Facebook messages from worried guests.

The couple, known for their White Gloved Vegan social media platform and their advocacy of a vegan lifestyle, planned to get married at the Queen's Landing hotel in Niagara-on-the-Lake, Ont.

They had 141 confirmed guests, many staying overnight at the hotel. But Miller said at least 40 had canceled over the past 48 hours, and still more are sending last-minute regrets.

They expected last-minute no-shows, too, on Saturday.

Miller and Kruse said they had watched the spread of the COVID-19 through Asia, Europe and the rest of the world.

The growing crisis in Italy unsettled many friends and relatives, the couple said, but Wednesday night's news really hit home for everyone. That's when President Trump announced the European travel ban, actors Tom Hanks and Rita Wilson revealed they had tested positive for COVID-19 and the NBA said it was suspending its season.

"Everyone had a sense of antsiness about them, or uneasiness going on," said Miller, who switched to a vegan diet after receiving a health scare. "So we made an announcement. First thing we went in, 'We don't expect to hug anyone. Fist bumps and elbow bumps are perfectly fine.' "

They did check with the hotel about postponing the wedding, but they say they were told they can't get their money refunded unless the border crossings are shut down.

The hotel did say they are switching from a buffet-style meal to table service and workers were sanitizing the hotel every hour, Miller said.

They are keeping a close eye on announcements from Canadian officials.

Cancellations continued to pour in Friday and into Saturday, including from at least one groomsman and others who were warned by their employers against traveling out of the country.

About 95% of the guests flying here from out of town have canceled, Miller said.

Miller said he understands that guests, especially those leaving children at home to attend the wedding and reception, fear having to stay in quarantine for two weeks and are in a difficult situation.

Miller and Kruse are trying to keep an even keel about the entire situation.

"I'm surprisingly calm," said Kruse, crediting the support they have received from family and friends.

They joked that they would give out rolls of toilet paper as wedding favors to the guests who do show up.

"It makes it more memorable," Kruse said. "We're always faced with so many challenges in life, this is another challenge that we have to get over and get through."

It doesn't get better, though. What were they planning to do next month for their honeymoon?

Go on a seven-day Caribbean cruise.

The engagement photo of Brittany and Alexander Miller, who got married March 14 in Niagara-on-the-Lake, Ont., at the start of the Covid-19 shutdowns and shelter-in-place orders. New York now is letting clerks marry people over video conference. (Photo courtesy of Kruse and Miller)

The engagement photo of Brittany Kruse and Alexander Miller, who are set to get married Saturday in Niagara-on-the-Lake, Ont. (Photo courtesy Kruse and Miller)