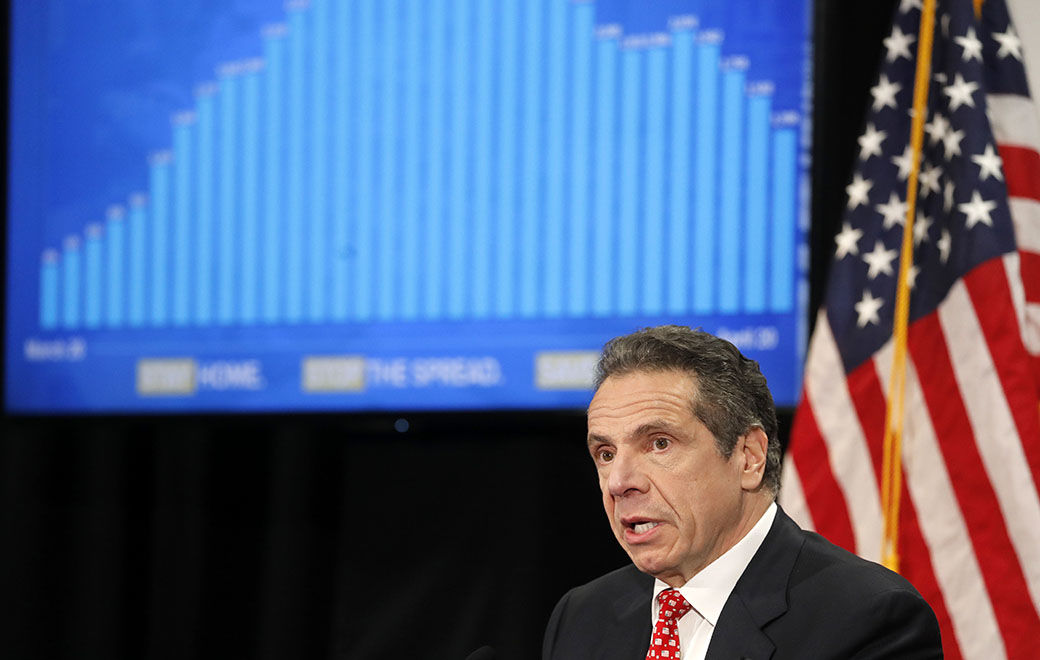 "We have what we believe is the most sophisticated Covid detection and elimination system of any state," says Gov. Andrew M. Cuomo. 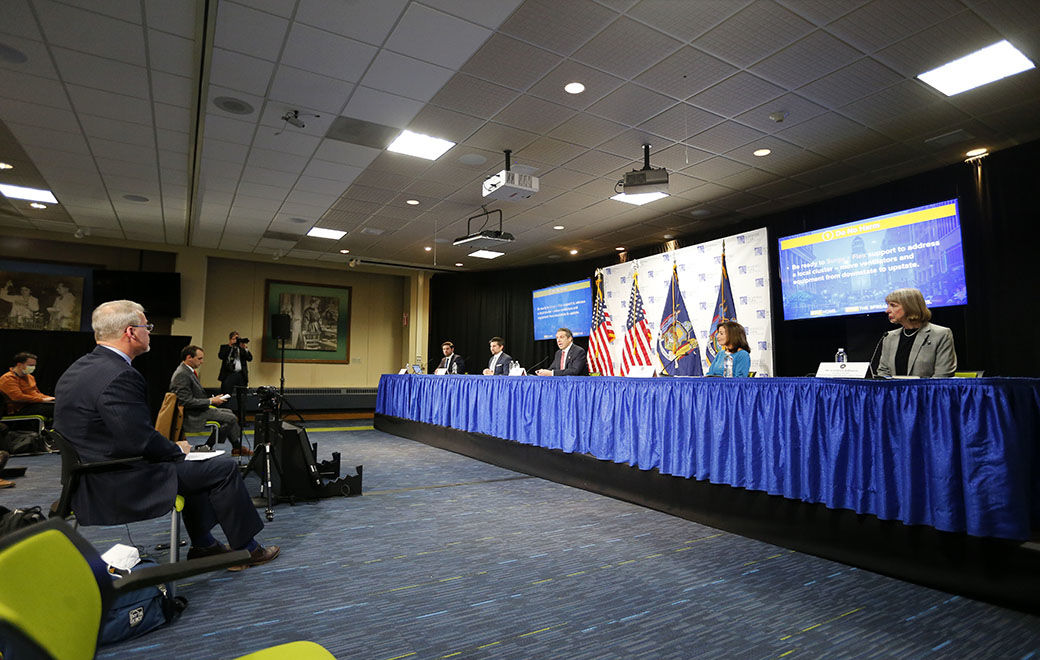 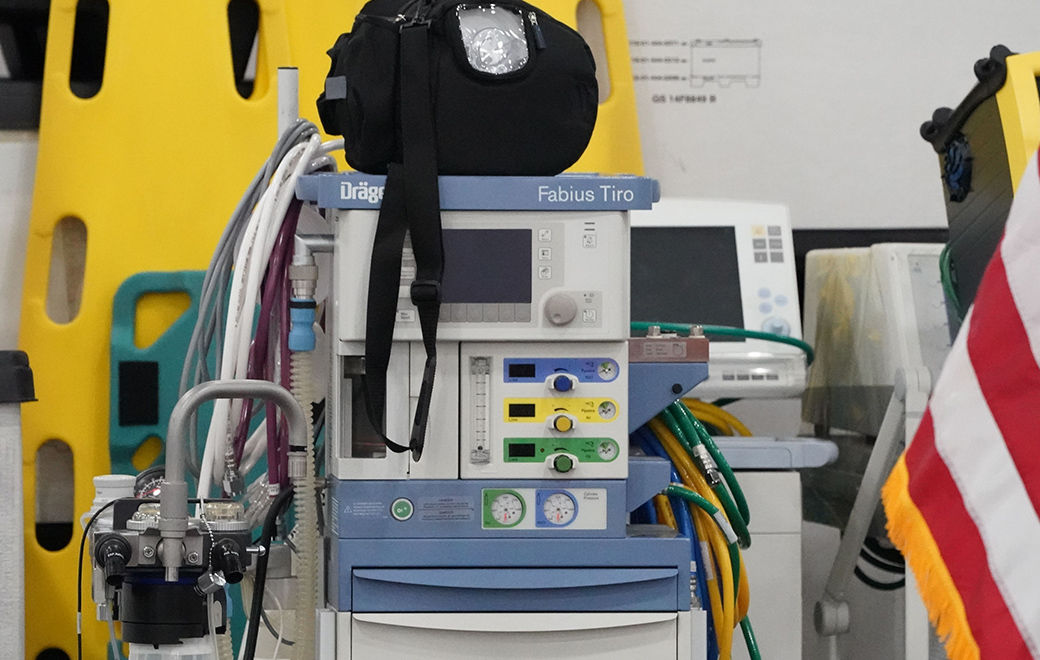 ALBANY – The Covid-19 pandemic is costing lives and jobs, and forcing cuts to vital services.

It is also costing a lot in taxpayer money in New York, and there are growing questions about the lack of transparency – and oversight – about how the cash is being spent.

Gov. Andrew M. Cuomo has made the case that the deadly pandemic is a time for action, and not bureaucratic processes, to get vital goods and services into hard-hit communities.

The massive state spending comes as New York faces a deep deficit and Cuomo is threatening big cuts – unless there is a direct bailout by Washington for New York’s budget – to schools, local governments and nonprofit agencies that provide everything from in-home medical care for elderly residents to mental health counseling.

“The state is broke,’’ Cuomo said last month in what has become one of his go-to lines in painting a portrait how bleak New York’s finances have become.

The state has spent at least $2.8 billion on coronavirus response efforts, according to Cuomo's budget office.

Precisely how? Or, even, in what broad categories has it been spent? The Cuomo administration, despite repeated requests for information from The Buffalo News, just won’t say.

Some of the spending and contracts are put onto a website maintained by state Comptroller Thomas DiNapoli. His office cuts checks to pay for everything from ventilators to test swabs.

But the publicly available information on the comptroller’s website is limited, with explanations of specific dollars going to specific private companies limited to a few words at best. The comptroller's office was unable to supply copies of state agency contracts that were related to Covid-19 response.

How can that be? The governor is using the same executive order powers he has used to shut down businesses and identify essential services during the pandemic. In an effort to streamline spending to fight the pandemic, the governor has used that same executive order power to authorize another move: allowing contracts and state spending related to Covid-19 to bypass the usual pre-auditing authority of the state comptroller.

In normal times, the comptroller can stop a contract from going forward if his experts deem there are certain problems with a spending plan by a state agency.

The state Health Department, for example, entered into a contract April 26 with Bioreference Laboratories Inc., a New Jersey based company, for Covid-19 testing. The price tag: $150 million in a deal that expires July 25.

State health officials would not provide a copy of the contract, saying the document can only be obtained through the state’s Freedom of Information Law. Despite provisions in the law that outline when agencies must respond, obtaining a contract through that means from the Cuomo administration can take many months, or sometimes years.

Health Department spokeswoman Jill Montag said Bioreference is the sole contractor for the state’s Covid-19 testing sites. She said the firm has tested about 170,000 samples so far in New York.

The anger by jobless New Yorkers over delays in getting their unemployment benefits is well known across the state. The Department of Labor was not prepared for the huge spike in Unemployment Insurance caseloads; Cuomo says every state was hit by the same deluge and resulting delays.

Last month, the department announced what it called “partnerships” with several private companies to help resolve the backlog. At the time, it revealed nothing about the costs of those deals and, more recently, the agency and governor’s office took more than a week to furnish even basic information about the contracts with several major firms, including Google and Deloitte Touche Tohmatsu Ltd., the multinational accounting and professional services giant.

Department of Labor officials on Thursday said they expect the state will, in the end, pay less than the $88 million called for in the contract. The deal includes the firm providing call center agents, data entry automation and various upgrades to phone and administrative support at the state agency.

The agency said part of the federal CARES Act, the first major stimulus program from Washington, covers the costs of the Deloitte deal. State officials believe the federal government will eventually pay the full ride.

Deloitte is providing an average of 200 call center workers per day – and can provide up to 400 – to answer and make phone calls and process applications.

Google, meanwhile, has two labor department contracts totaling $3 million. One involved creating a new web application tool to replace the agency’s antiquated previous one for unemployment benefit applications, and the other covers the use of Google’s cloud servers for claims after the state's limited server operations became overwhelmed by the crush.

The agency, said Department of Labor spokeswoman Deanna Cohen, has paid out more than $3.1 billion in claims to more than 1 million unemployed New Yorkers.

“Like everything during this pandemic, we know the need is immense and immediate, but so are our actions and we will continue to throw everything, including the kitchen sink, at delivering benefits to New Yorkers as quickly as humanly possible,’’ she said.

The ways in which state agencies are spending outside the normal procurement process has raised eyebrows. “Getting critical supplies and services in place to save lives was the priority. In the days and weeks ahead, we need to make sure that appropriate oversight and transparency are in place so taxpayer dollars are protected,’’ said DiNapoli, the Democratic comptroller.

A government watchdog group was more pointed. “It’s a matter of great concern,’’ said Susan Lerner, executive director of New York Common Cause. She sharply criticized the Legislature for overly broadening the governor’s legal powers during the pandemic and for ceding democratic powers reserved for the Legislature to the executive branch.

“They’re not doing their jobs,’’ Lerner said of lawmakers.

Lerner noted the Legislature can issue subpoenas and hold hearings to ensure taxpayer money is spent appropriately. “The governor is appropriately focused on the immediate emergency of keeping people alive. But the Legislature has a role in these larger public policy questions: How is the money being spent? Is it going to the right places? Are all communities’ needs being met?"

Of the current situation, she added: “The governor has a blank check, and that’s not our system. That’s not the democracy we’re entitled to, even in times of emergency.’’

As the death rate soared in New York City, Cuomo put out an urgent call for companies to sell ventilators to New York. He promised to pay high prices to those who answered his call as states competed for Covid-related supplies.

The state was besieged with offers for ventilators, masks and medical supplies. Whether the lack of comptroller oversight had anything to do with some procurement mistakes that were made will never be truly known.

In one case, according to a BuzzFeed article this week, New York paid a Silicon Valley engineer $69.1 million for 1,450 ventilators, triple the standard retail price. However, the state paid the engineer before any ventilators arrived – and none ever did. The state then rescinded the contract.

The Cuomo administration said Thursday it has since recovered $59.1 million so far from the California engineer and either the remaining $10 million will be repaid or the company will supply the state with some of the ordered ventilators. Further, it said 25 state officials were involved in vetting supply contracts, and more than 60 people were tasked with reaching out to vendors and negotiating terms of deals.

The special vetting team included workers from the state Inspector General’s Office, the Metropolitan Transportation Authority’s inspector general’s division and members of the administration’s special counsel team. Outside law firms were also consulted on contract matters. In the end, 90% of offers to the state were not pursued for various reasons.

“States were forced to fend for themselves to purchase lifesaving supplies to combat a global pandemic and with the CDC and White House Coronavirus Task Force modeling showing a more severe spread of this virus and more hospitalizations and more fatalities. We had no choice but to overturn every rock to find ventilators and other needed equipment,’’ Richard Azzopardi, a special adviser to Cuomo, said in a statement to The Buffalo News.

He said deals entered into with private suppliers are being constantly evaluated. “Some shipments we’ll be accepting to handle the ongoing public health crisis and prepare for future emergencies and other agreements will be modified or canceled with money refunded to the state,’’ Azzopardi said.

"We have what we believe is the most sophisticated Covid detection and elimination system of any state," says Gov. Andrew M. Cuomo.