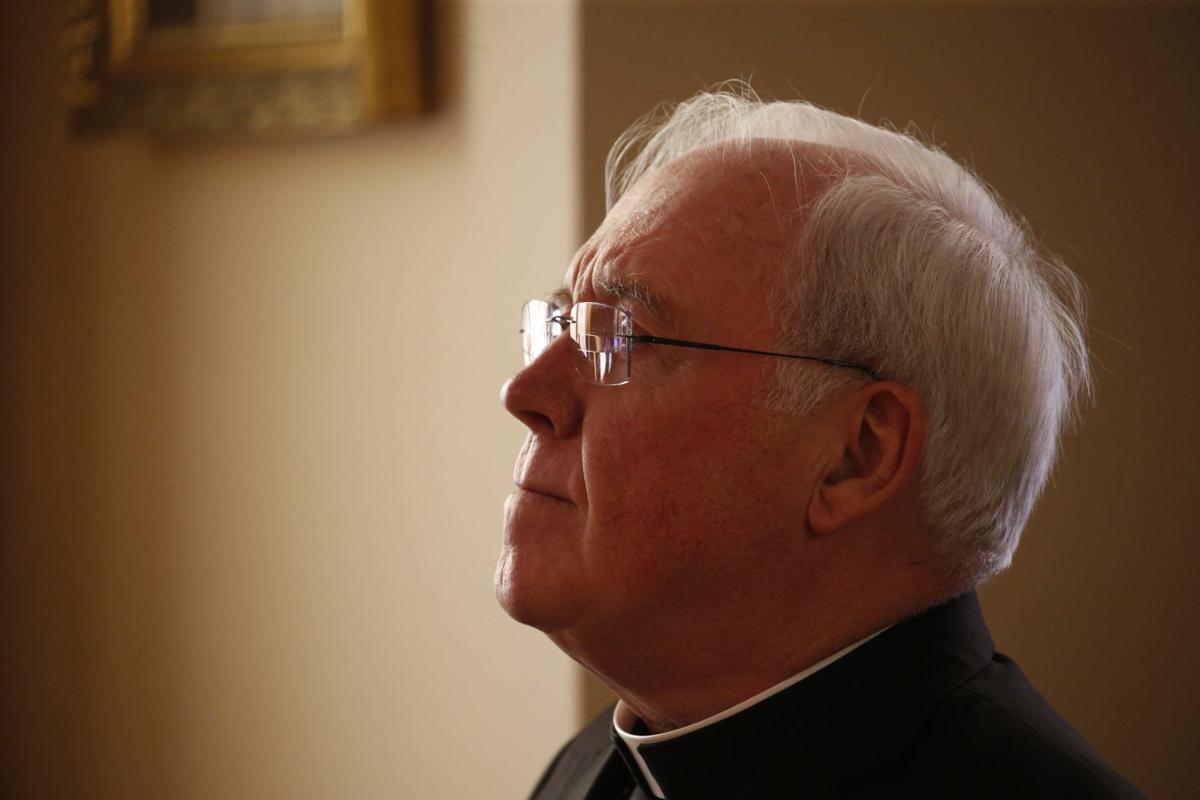 Bishop Richard J. Malone during his statement in August in which he said he would heed calls to step down. (Robert Kirkham/Buffalo News) 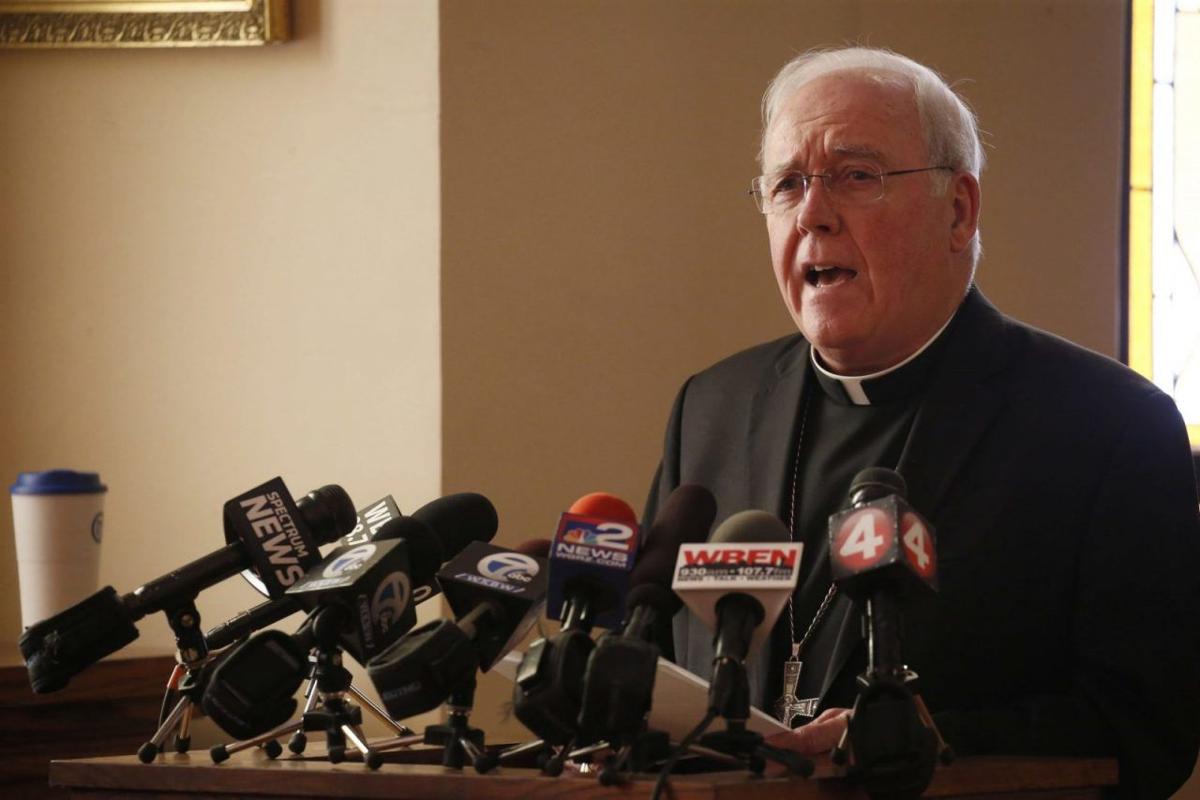 Bishop Richard J. Malone has announced a series of initiatives responding to the Catholic church's sex abuse scandal. The initiatives were drawn up in consultation with the Movement to Restore Trust. (Robert Kirkham/News file photo)

Bishop Richard J. Malone, under scrutiny for his handling of clergy abuse cases, said Sunday he is not resigning.

"I stand before you today recommitted to my calling to serve as Bishop of Buffalo," Malone said at a news conference Sunday afternoon. "The shepherd does not desert the flock in a difficult time."

Malone is facing calls to resign due to a sexual abuse scandal that has been unfolding in media reports for six months and now includes allegations of Malone's cover-up of a priest who sexually harassed grown men.

In response, Malone said the Diocese would take the following actions:

"I'm profoundly sorry for the pain this has caused you," Malone said. "While nothing I can say to you can heal the hurt of this tragic breach of trust, as Bishop I must extend my heartfelt apologies.... We will do all we can to restore your faith."

Malone asked people to pray for the victims and also to pray for him. "Please find it in your heart to pray also for me and for all those who are trying to overcome the darkness of this sin and bring back the true light of what the church should be forever," he said. He offered a pray for the healing of victims and then said he would not take any questions from the media.

Transcript of Bishop Malone's statement regarding abuse, calls for him to resign

He made Sunday's announcement in the chapel of a former convent at St. Stanislaus Parish on Buffalo's East Side where he said he'd move after selling off the diocese's nine-bedroom mansion on Oakland Place to help compensate childhood victims of clergy sexual abuse.

On Saturday, Malone issued a 10-paragraph statement that was read by an auxiliary bishop prior to a 4 p.m. mass at St. Mary's Church in Swormville; parishioners reacted to that statement with a mix of anger, disappointment and frustration.

On Friday, U.S. Rep. Brian Higgins, D-Buffalo, was among a group of three public officials who called for Malone to resign. Also calling for his resignation was deacon Paul L. Snyder III, who kicked off the calls for Malone to step down on Friday to step down in light of media reports over the past six months detailing child sexual abuse allegations and culminating with a WKBW-TV report this week that Malone kept two priests in ministry despite allegations of inappropriate conduct.

One of the accused priests, the Rev. Robert Yetter, served as pastor of St. Mary's Church for many years. Yetter is alleged to have made unwanted sexual advances on two adult men, including one who said the priest tried to kiss him and grab his groin area.

Malone said Friday that he "may have at times lost sight of the harm that results from inappropriate sexual contact between clergy and adults" and he promised to examine how the diocese handles claims of clergy misconduct with adults.

But Malone’s statement did not directly address his handling of the case of the Rev. Arthur Smith, who also had remained in ministry until recently, despite warnings from a school principal that Smith had acted inappropriately with a child.

"While we continue to work through the decades old abuses, we cannot lose sight of the actions of those within our diocese today. We can and will do better in addressing the more current decisions pertaining to priests who violate sacred trusts," the statement reads. "To the victims of priest abuse of all ages, children and adults, I am profoundly sorry for the pain this has caused you. While nothing I can say to you could heal the hurt of this tragic breach of trust, I do as bishop of this diocese apologize to you. I want you to know that as I try to deal with what can often be an overwhelming and heart-wrenching mission, I am learning more every day that following my moral compass may serve us better than simply following past protocol."

Bishop Malone's apology on abuse gets chilly response from parishioners

Bishop Richard J. Malone during his statement in August in which he said he would heed calls to step down. (Robert Kirkham/Buffalo News)

Bishop Richard J. Malone has announced a series of initiatives responding to the Catholic church's sex abuse scandal. The initiatives were drawn up in consultation with the Movement to Restore Trust. (Robert Kirkham/News file photo)