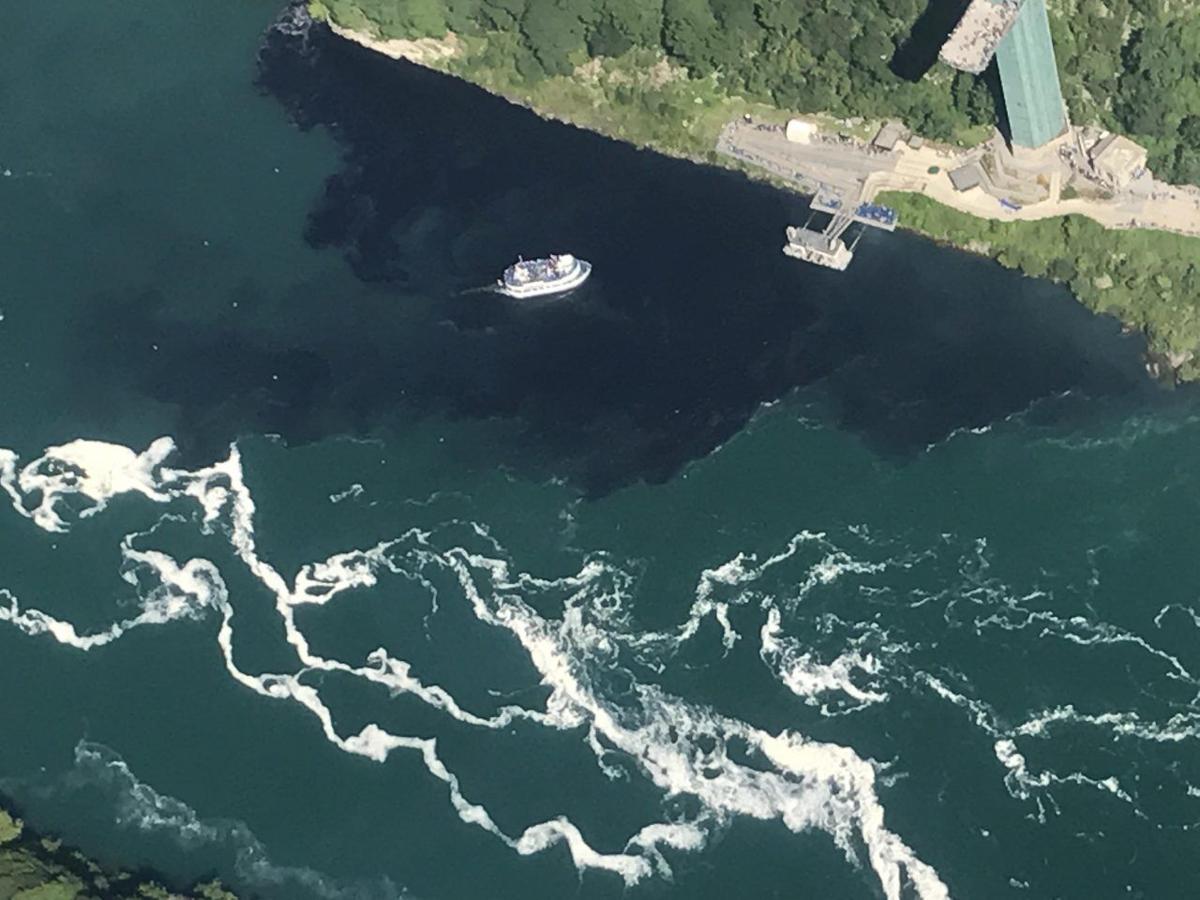 The black discharge from the Niagara Falls Wastewater Treatment Plant engulfed the Maid of the Mist docks on July 29.(Courtesy of Rainbow Air Inc.) 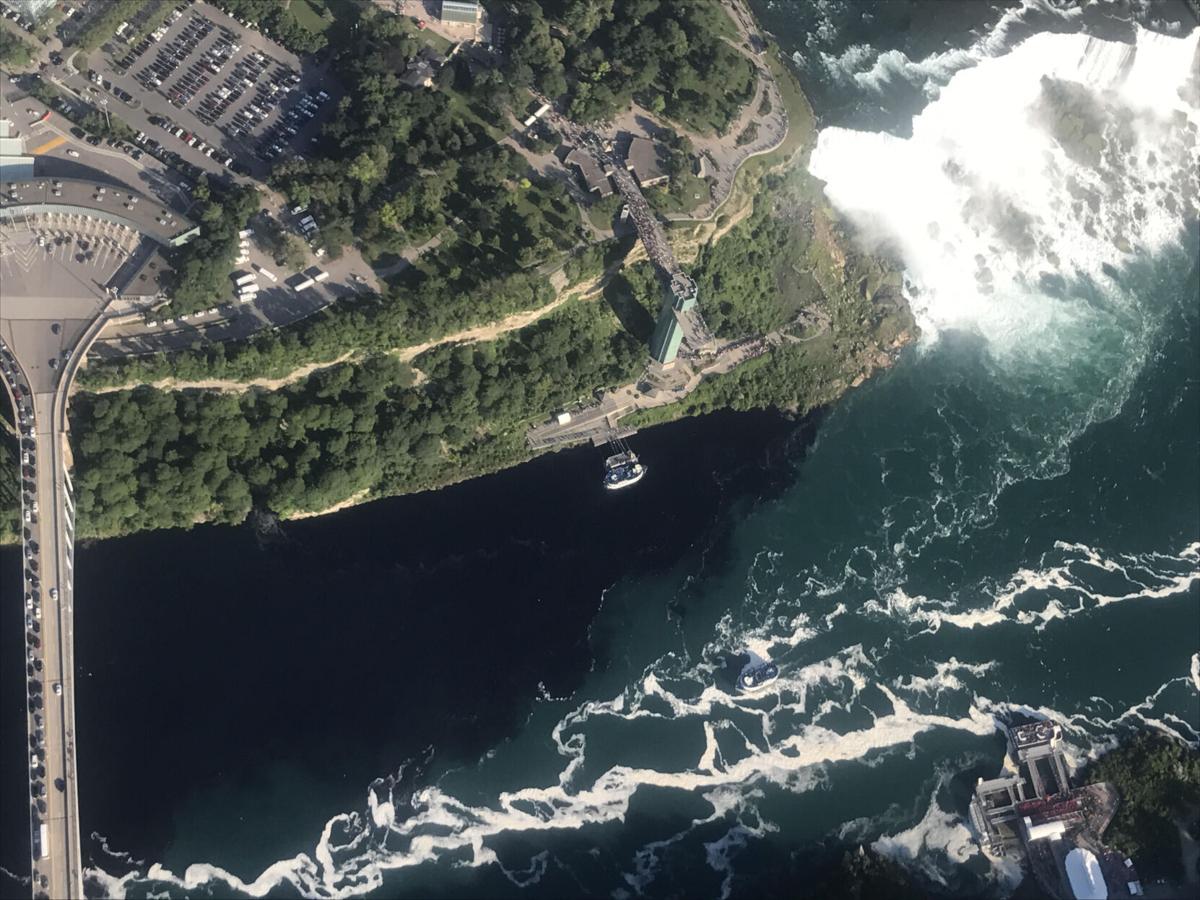 How the Niagara River looked at 6:40 p.m. Saturday. (Courtesy of Rainbow Air, Inc.)

There's never a good time to discharge black sewer gunk into Niagara Falls. But doing it on a beautiful Saturday afternoon at the height of tourist season may be the worst timing ever.

Niagara Falls State Park was packed with visitors around 4 p.m. Saturday when the foul-smelling, black discharge came billowing out into the Niagara River within sight of the base of the American Falls, alarming city businesses and tourists as it engulfed the shoreline from the Rainbow Bridge to the Maid of the Mist boat dock.

Pat Proctor, vice president for Rainbow Air Inc., which provides helicopter tours over the falls, was among the first to notice what he initially assumed was a shadow cast by the skyline of Niagara Falls, Ont. Then he realized the growing black stain was no shadow at all. He picked up his phone and called the mayor.

"I was just praying it wasn't an oil leak," Proctor said, adding, "It looked like something out of a sci-fi movie."

But that didn't keep city leaders and business owners from being upset and frustrated over the Water Board's timing.

"We were shocked," said Nick Melson, Niagara Falls city administrator. "We were caught off guard. We had to do some digging ourselves to find out what was going on. And we are very upset that we weren't notified."

So were businesses like the Maid of the Mist, which took to Twitter to try and find out what was going on.

Mayor Paul Dyster and Department of Environmental Conservation were alerted to the spreading cloud in the water and began investigating.

Water Board Executive Director Rolfe Porter said one of the sewage plant's five sediment filtration basins was taken offline and flushed out in preparation for contractors coming in Monday to begin work to upgrade the basin. Typically, such basin discharge is done as part of a regular maintenance schedule in the spring and the fall and lasts two to four hours, he said.

"We don't normally do this during tourist season," Porter said.

But with contractors coming in to do plant upgrades Monday, plant operators chose to empty one of the basins Saturday afternoon.

Though sewage discharge smells bad, it normally does not change the color of the water. But this time sediment from the bottom of the basin also was being released into the waterway, and it contained residue from the black carbon filters that normally trap small particles. That went flowing out with everything else, Porter said.

The black blob expanded for hours, continuing to grow into the night, said Proctor, who took aerial photos from helicopter flyovers during the day.

Though the smell has lingered a bit, Porter said all of the pollutants released into the Niagara River were monitored by the sewage plant and did not exceed the limits of the sewage discharge permits issued to the Water Board by the DEC.

In a statement to the media, the Water Board apologized to residents and tourists for causing any alarm.

Both city and Water Board officials said they would ensure better communication and advance warning to businesses in the future.

"We're very upset with the lack of communication and we're going to rectify that with all the stakeholders," Melson said.

The black discharge from the Niagara Falls Wastewater Treatment Plant engulfed the Maid of the Mist docks on July 29.(Courtesy of Rainbow Air Inc.)

How the Niagara River looked at 6:40 p.m. Saturday. (Courtesy of Rainbow Air, Inc.)