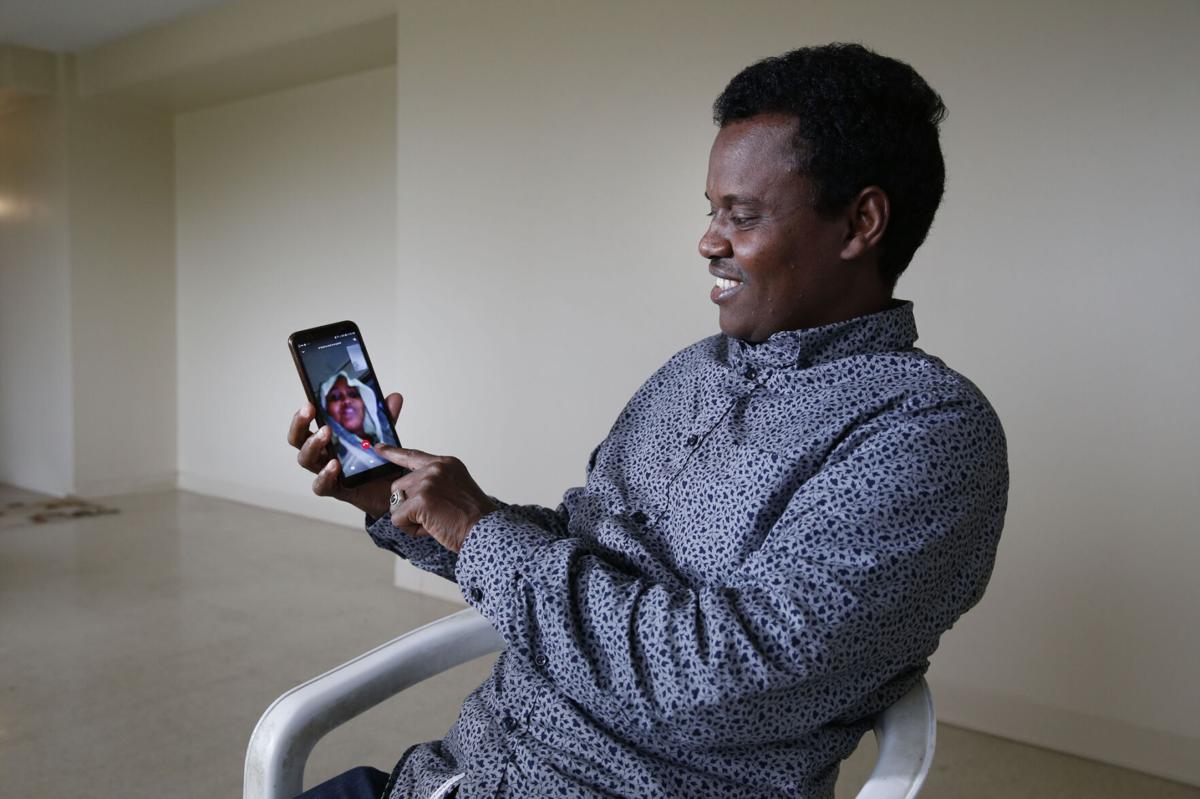 Refugee Kasim Seid participates in a FaceTime call with his wife Kediga Ahmed Issa from his apartment in Buffalo. 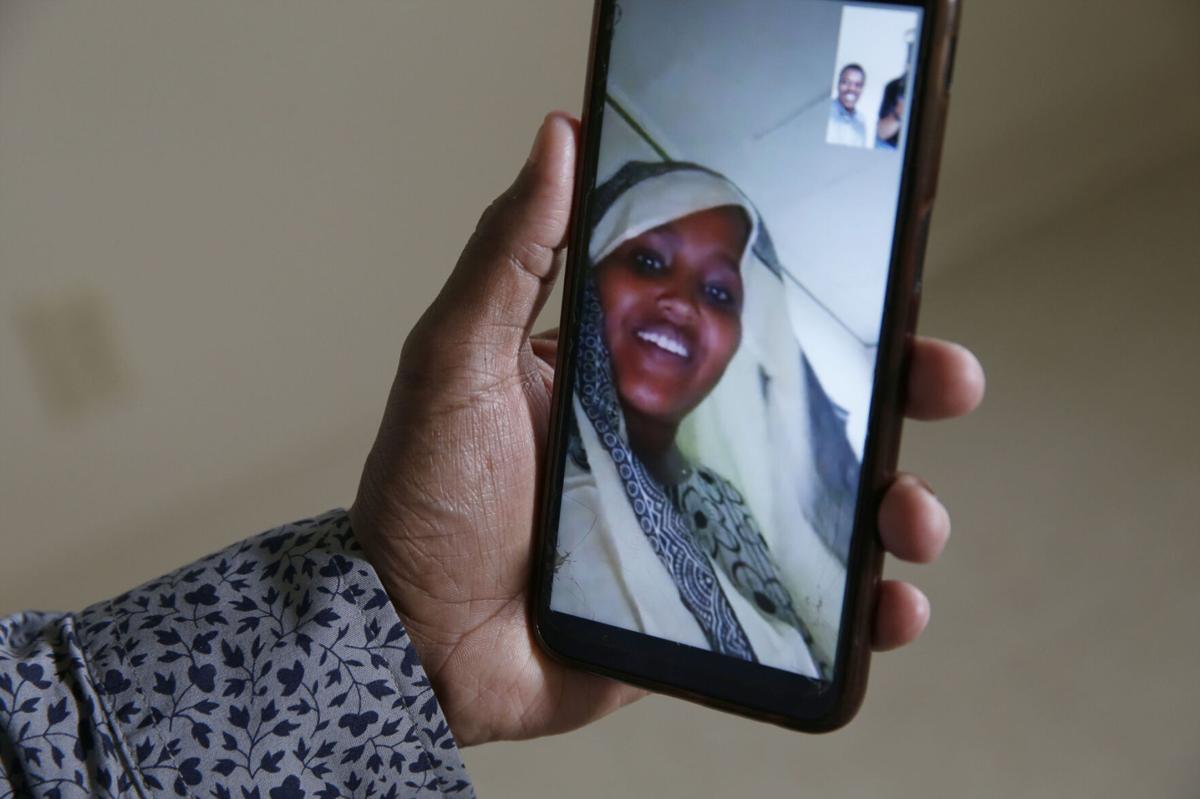 Kasim Seid talks via FaceTime with his wife Kediga Ahmed Issa from his apartment in Buffalo.

WASHINGTON – President Biden's off-again-but-finally-on-again decision to bring thousands more refugees to America will likely come as a belated gift to Buffalo's population numbers – and a blessing to refugees like Kasim Seid.

With Biden aiming to bring 62,500 people to America from troubled lands overseas by Sept. 30 – up from 15,000 under the Trump administration – hundreds of additional new arrivals will likely settle in Buffalo. That's partly because the state propped up the nonprofits that bring those newcomers to Buffalo and other cities across New York, while many states simply let similar agencies die as then-President Trump slashed the federal refugee resettlement program.

For Seid, though, Biden's move is much more personal. Seid, a native of the troubled African nation of Eritrea, resettled in Buffalo in 2017 and has been longing for his wife and two children to be able to join him. He said Biden's move gives him hope that his family can finally reunite.

"When I heard the news that Biden was increasing the number of refugees, I felt so happy," said Seid, 35, an employment specialist at Journey's End Refugee Services in Buffalo.

For both the larger refugee resettlement effort and for families like Seid's, Biden's action had been expected months ago. Biden pledged during his campaign last year to increase the number of refugees allowed into the country to 62,500 this fiscal year and 125,000 the next, but then his administration wavered on fulfilling that pledge amid the unrelated controversy over undocumented immigrants streaming across the southern border.

"It is important to take this action today to remove any lingering doubt in the minds of refugees around the world who have suffered so much, and who are anxiously waiting for their new lives to begin," Biden said.

Biden's move had an immediate impact in Buffalo, noted William P. Sukaly, director of the Immigration and Refugee Assistance Program at Catholic Charities of Buffalo, one of the city's four refugee resettlement agencies.

"For the first seven months of the fiscal year, we had 11 people coming – and for the month of May, we have 22 people," Sukaly said.

Officials at Buffalo's other refugee resettlement agencies said they expect the number of new arrivals to grow as well.

"We have one arrival booked already, which is terrific news," said Eva M. Hassett, executive director of the International Institute of Buffalo. "We are expecting to welcome more new arrivals and help them get settled in Buffalo."

That means a supply of immigrants that had been propping up the region's population will soon resume doing so. Some 17,244 immigrants – many of them refugees – moved to the Buffalo area between 2010 and 2015, while 16,282 people left metro Buffalo for other parts of the country. In other words, immigrants were the reason the metro area's population stayed relatively stable in the first half of the 2010s.

"For over a decade, refugees were the number one source of population growth for Buffalo," said State Sen. Sean Ryan, a Buffalo Democrat. But after Trump's election as president in 2016, "that screeched to a halt."

Trump slashed the federal refugee program, which aims to legally bring to America thousands of people who had to flee their homes overseas because of violence every year.

“The United States will not be a migrant camp, and it will not be a refugee holding facility – won’t be,” Trump said in 2018. "Not on my watch."

Similar drops occurred in cities across the country. And with few refugees coming to America, 134 resettlement agencies around the country closed, according to a study by the left-leaning Center for American Progress.

Refugee resettlement agencies stayed alive in New York largely through Ryan's efforts. First as a state assemblyman and now as a state senator, Ryan fought for and won $10 million in state funding for refugee agencies statewide since 2017. That kept them going and allowed them to expand their services to work more closely and for a longer time with the refugees who did come to New York.

The state aid also positioned New York to quickly add to its population with a new influx of refugees in the Biden years, while other states no longer have so many resettlement agencies to bring in the newcomers, said David Dyssegaard Kallick, deputy director and director of immigration research at the Fiscal Policy Institute, a left-leaning New York think tank.

"I would imagine that New York is prepared to take a higher share of whatever numbers are coming into the country," Kallick said.

There's some question, though, about exactly what the number of newcomers will be. On the right, Dan Stein, president of the Federation for American Immigration Reform, decried what he called "a massive increase in refugee admissions even as our borders remain out of control."

But Biden said flatly in his statement that he will not meet his goal of bringing 62,500 refugees to America by Sept. 30. "We are working quickly to undo the damage of the last four years," he said. "It will take some time."

"It also means that we can start talking with some of our families who've been separated for a period of time and hopefully get them back on track for resettlement so they can be brought together again," Carr said.

Seid is hoping for the same sort of thing. He was able to resettle in Buffalo during Trump's first year in office, before his wife and young daughter got clearance to do so. And then in January 2020, Trump added Seid's home country of Eritrea to his "travel ban," a move that Biden recently reversed.

Seid has visited his family in a refugee camp in Ethiopia on occasion over the years, and his wife gave birth to a second daughter after one of those visits, but all the while he's been longing for his family to move to Buffalo.

"They're in a refugee camp, and life is dangerous there," given that there's a war going on between Ethiopian forces and the regional government where the camp is located, Seid said.

And the emotional impact of that fact complicates Seid's otherwise successful transition to life in America.

"Since I've been here, the only thing I struggle with is that I have family back home," he said.

"Halfway into the current fiscal year, the United States is still operating under the refugee cap of the previous administration," Ryan, a Buffalo Democrat, and the others wrote.

Refugee numbers drop in Buffalo – and Biden isn't boosting them

Amid dramatic Trump administration cutbacks in refugee resettlement as well as the Covid-19 pandemic, only 153 refugees resettled in Buffalo in 2020.

Refugee Kasim Seid participates in a FaceTime call with his wife Kediga Ahmed Issa from his apartment in Buffalo. 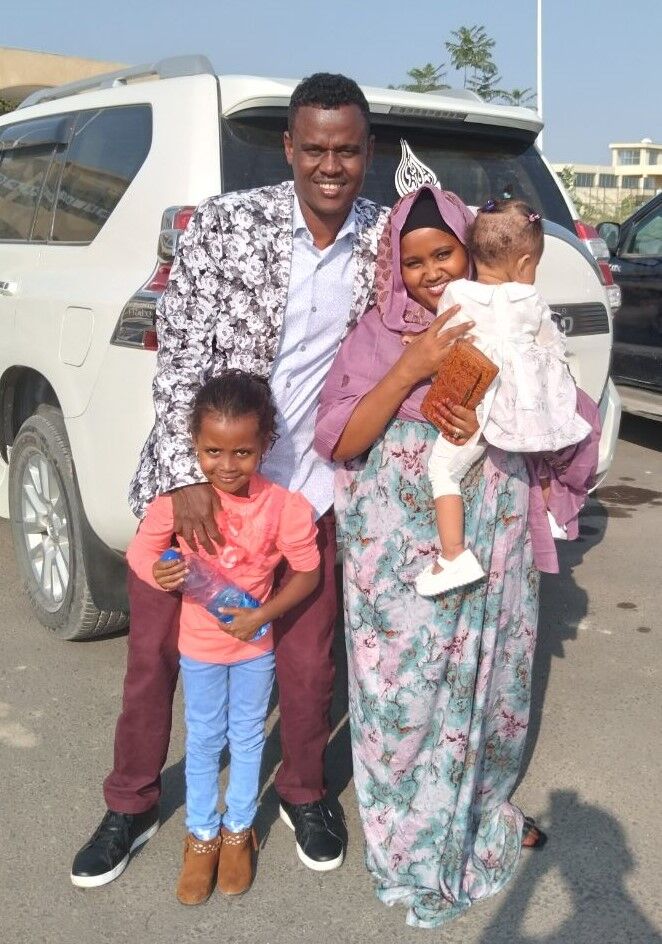 Kasim Seid with his wife, Kediga Ahmed Issa, and daughters Maryam, 5, and Jana, 1. This photo was taken in October 2020 when Seid visited his family in Ethiopia. Seid hopes President Biden's boost in refugee resettlement will allow his family to reunite in Buffalo.

Kasim Seid talks via FaceTime with his wife Kediga Ahmed Issa from his apartment in Buffalo. 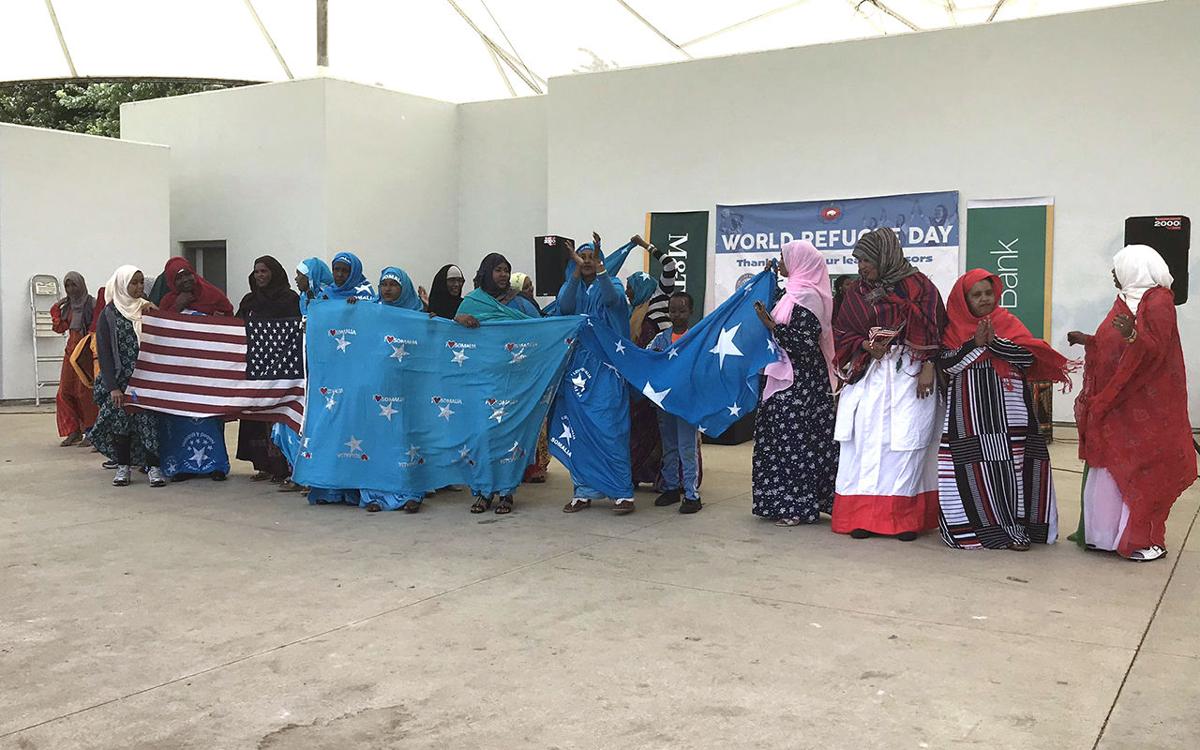