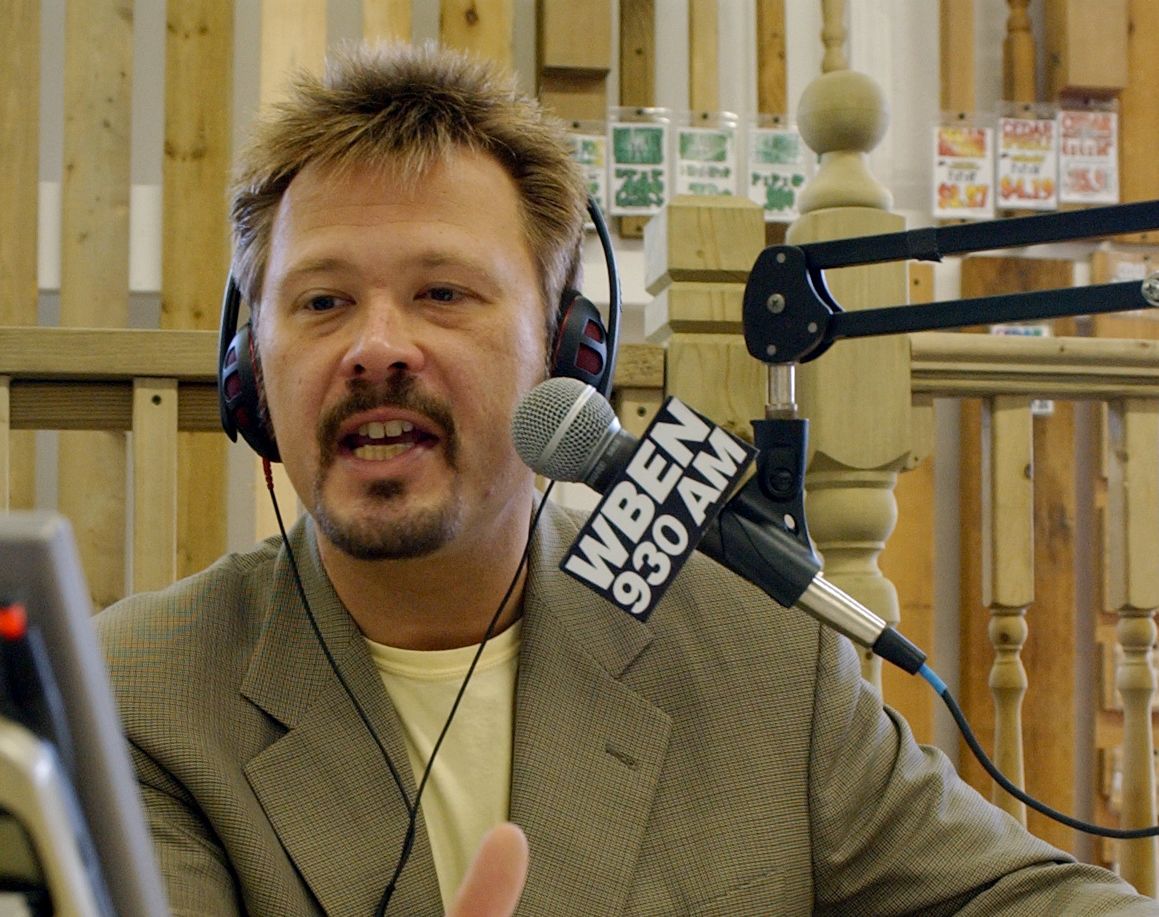 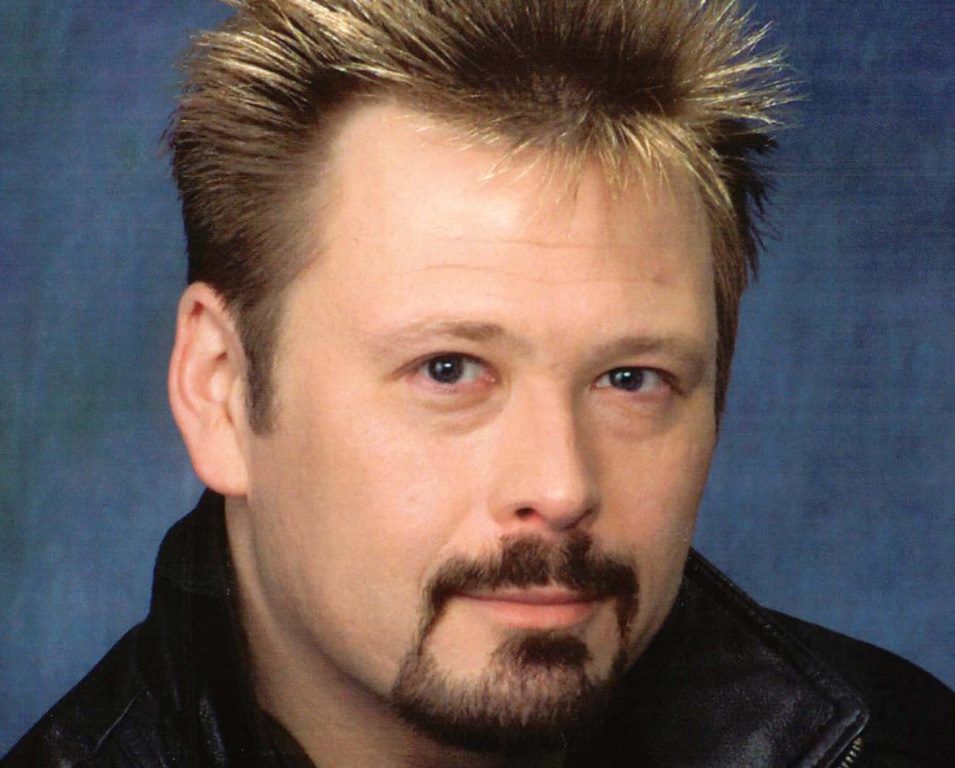 Tom Bauerle this month opened up about his 2014 evaluation at Erie County Medical Center’s psychiatric ward, contending the episode stemmed from “graduate university students” and “people from certain entities” conducting invisible surveillance operations in his back yard. He claims he was confronting them with a loaded gun when Amherst police arrived.

The WBEN talk show host provided his account to a conservative internet publication called Canada Free Press, and in lesser detail during his afternoon show on Oct. 19. Bauerle told his story to Canada Free Press, the article said, because he decided to “set the record straight once and for all.”

Bauerle, who started in local radio in the early 1980s, has hosted a daily talk show on WBEN since 2002 that has a conservative and libertarian bent and earns top ratings.

As evidence that he was under surveillance at the time and not a danger to anyone when Amherst police confronted him in his yard, Bauerle:

• Credited “Team Bauerle,” a collection of former “special operations” and law enforcement personnel he assembled, with help “in solving the case.”

• Provided the internet publication with a California engineer’s statement indicating that what Bauerle observed in his yard is consistent with the invisibility technology the engineer invented.

• Provided a statement from a retired Town of Hamburg detective who said he verified Bauerle’s own photographs of “ghost like and solid images with forms of humans using some type of very advanced camouflage.”

• Claimed he reached out-of-court agreements with “those whose activities greatly damaged his reputation,” according to Canada Free Press.

• Provided to Canada Free Press a letter signed by Dr. Dori R. Marshall, a psychiatrist who first encountered Bauerle at ECMC and said she had been “following” him since January of 2014. She said Bauerle’s encounter with Amherst police stemmed from a “misunderstanding.”

Bauerle would not identify the people he said settled with him, and would not consent to an on-the-record interview.

During his Oct. 19 talk show, Bauerle claimed “vindication” from the investigation conducted by friends and supporters calling themselves “Team Bauerle.” He said they collected evidence showing that students were in his back yard using “non-linear optics and adaptive camouflage” while also testing “holographic technology.”

He told Canada Free Press that he saw people on his property with the aid of security cameras and a free app he downloaded called “Color Night Vision.”

“We also obtained photos and videos that irrefutably confirmed that I was under very high-tech surveillance and that it was a MASSIVE PROJECT,” he told Canada Free Press about the efforts of Team Bauerle.

“They spent thousands of hours in counter-surveillance ops around my neighborhood,” he said, “and even chased some guys out of the bushes around a neighbor’s house.”

In the article, Bauerle said he can’t discuss details because of his confidentiality agreements with those involved.

The Buffalo News reported on Jan. 11, 2014, that Amherst police responded to Bauerle’s Williamsville home the previous week following his complaints that operatives of Gov. Andrew M. Cuomo were surveilling him.

After Amherst police contacted Crisis Services about their concerns, The News reported, Bauerle consented to a voluntary, psychiatric evaluation at ECMC. According to Canada Free Press, his stay at ECMC stretched from early on a Wednesday morning to when he returned home on Thursday afternoon.

The News at the time reported that the incident began when officers encountered him in his back yard and took from him a licensed, loaded, semi-automatic handgun.

He said he ended up in the ECMC psychiatric ward that night at the request of Amherst police. But he also said he is telling his story to the web publication, in part, to dispel any notion that he is mentally ill.

Marshall’s statement, meanwhile, indicated no reason for psychotropic medication or for Bauerle to be denied access to his firearms.

The talk show host says he and his “Team Bauerle” learned about invisible cloak technology during their research. But he will not reveal specifics.

“To place what I learned about our technology and how I beat it into evidence at trial would have potentially put our military and intelligence people at risk,” he said to Canada Free Press. “The specifics I experienced I cannot and would not discuss not just because of the non-disclosure clauses, but because I love my country.”

The radio host claims his story is backed by two notarized “affidavits” he gave Canada Free Press. One was submitted by Richard N. Schowengerdt, described in the article as a California engineer who patented invisibility technology in 1994. The News spoke with Schowengerdt to confirm his affidavit.

“I had spent thousands of hours gathering and reviewing pictures and videos of the weird movement and activity around my home, and I sent him several examples for his analysis,” Bauerle told Canada Free Press. “He confirmed that it was, in fact, the invisibility cloaking technology he’d invented that was being used to violate my privacy and civil rights.”

Bauerle also provided to Canada Free Press a notarized “deposition of fact” from Frank J. Panasuk, a retired detective who said he agreed to review evidence Bauerle gathered based on his 18 years of experience in the Town of Hamburg Police Department. Panasuk said he was a member of “Team Bauerle” and was dedicated to uncovering “a major surveillance operation being repeatedly conducted in the area surrounding his dwelling.”

“I have viewed and examined many of the photographs obtained by Thomas Bauerle and can confirm definite human images, some of which appeared to be in the form of holograms,” Panasuk said in the affidavit. The News also spoke to him to confirm his work with “Team Bauerle” and the affidavit.

Bauerle, who at the time of his encounter with police had criticized Cuomo and his SAFE Act gun control law, told Canada Free Press he was wrong to blame the surveillance on Cuomo and owes an apology to the governor.

Out of court agreements

Bauerle contends his name is cleared after reaching out-of-court agreements “with those whose activities greatly damaged” his reputation, and that the terms of the settlements do not allow disclosure. Canada Free Press did not report any corroboration of his claims.

During his Oct. 19 broadcast, Bauerle criticized The News for the 2014 story, suggesting that those at the newspaper “should be ashamed of themselves.”

“You owe me an apology and you need to rewrite that article from January 2014,” Bauerle told his listeners, “because every time somebody Googles my name all they see is ‘erratic talk show host’ or ‘insane talk show host.’”

Amherst Police Chief John C. Askey on Oct. 21 confirmed that the Amherst Police Department distributed an “advisory” immediately after the 2014 episode as a “heads up” that any officer dispatched to the Bauerle home should be aware that he was armed.

“These days we’re all about ‘the more information we have,’” Askey said. “If there is a gun on the property, we say be careful.”

He also emphasized that Bauerle cooperated at all times during his encounters with Amherst police.

“He is a good citizen and easy to work with,” Askey said.

Nancy Shirley Peters has filed a Child Victims Act lawsuit alleging that Dr. Robert J. Herzog sexually abused her while she was a teen babysitting for his kids.

Cuomo: Schools can reopen in fall if virus rate is 5% or lower

Throughout the school year, the data will determine whether the schools will remain open, Gov. Cuomo said.

Over three dozen properties worth at least $16 million will be eyed as sources of settlement cash for Child Victims Act lawsuits.

Charges against the truck driver , a 26-year-old citizen of India, have been dismissed without prejudice, the U.S. Attorney’s Office announced.

The Audubon Golf Course is on borrowed time. Could a bland, rundown course tucked into northwest Amherst that didn't even open this year replace it?