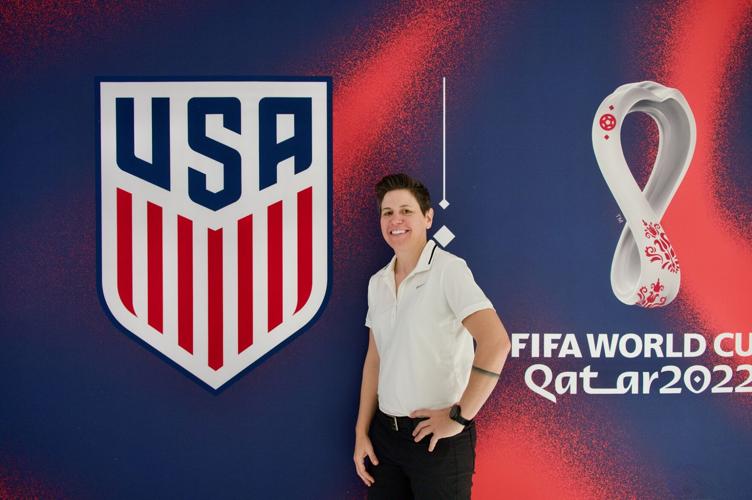 Casey Shearing is a member of the U.S. Department of State's Diplomatic Security Service. She's working her first World Cup in Qatar. 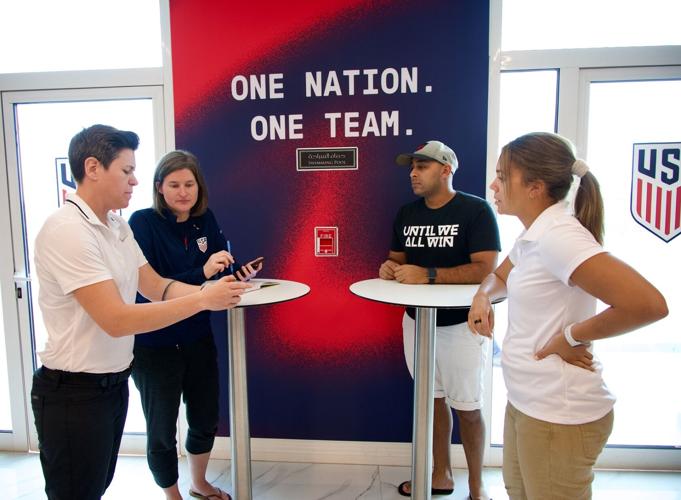 Soccer has long been part of Casey Shearing's identity.

The Attica native began playing in seventh grade, competed in a national tournament with Monroe Community College and still holds goalkeeping records at Indiana University of Pennsylvania, but she never thought she'd be a part of the sport on its biggest stage.

Shearing is serving as a federal security special agent in Qatar alongside the United States Men's National Team at the World Cup.

"It's mind-blowing," said Shearing, now in her mid-40s, a few days before the U.S.'s first match of the World Cup on Monday against Wales. "I never thought for a million years I would be in this place doing this kind of work."

Shearing, who now lives in Virginia, is part of the U.S. Department of State's Diplomatic Security Service, which has a regular presence at large-scale sporting events like the Olympics and the Super Bowl.

Her specific assignment in Qatar is to act as a conduit with three other agents for about 300 family members and friends of the U.S. team's players and staff, as well as major U.S. Soccer donors.

While she will have minimal interaction with U.S. players themselves, Shearing said she will attend and watch their matches with the fans she's overseeing as part of her work. Her stay will last until 48 hours after the U.S. is eliminated.

As friends and family began to trickle in days before kickoff, Shearing described an "anxiety of the unknown" among first-time global travelers but also a sense of excitement for a young and determined men's national team.

"A lot of people are pretty excited about how this team will do," Shearing said before the U.S. tied Wales 1-1 in its opener. The U.S. will play a high-profile group stage match at 2 p.m. Friday against England, which whipped Iran 6-2 in its first clash of the tournament.

Shearing's work does not center on mingling. She is acting as a liaison between U.S. Soccer, the DSS and the Joint Operations Center, a multiagency call center that connects government organizations like the FBI, ICE and TSA with each other and with Qatari government officials and law enforcement. The overarching goal is preventing violence at a global event or reacting swiftly if an attack occurs.

"We plan for every contingency that could possibly come up," Shearing said, emphasizing the importance of her team's training in risk management and mitigation.

She predicted an acclimation period would be needed for Americans and world soccer fans experiencing an Arab culture for the first time, and she was not sure how visitors would react to Qatar's approach to alcohol – which is not being served during World Cup games.

"This is a country that doesn't deal with a drinking culture very frequently," Shearing said.

She called Qatar – which she has heard pronounced both "kuh-taar" and "cutter" since arriving – the nicest Middle Eastern country she has visited, which is not a small compliment given her wide-ranging travels for DSS work.

She marveled at the "sheer amount of effort that goes into infrastructure and logistics" to host a global tournament featuring 32 countries that runs nearly a month from Nov. 20 through Dec. 18.

"Being on the ground before everything kicks off, it's insane in every bit of a good sense," Shearing said. "It's just so much. It's impressive that Qatar has the ability to handle such things where a country comes together and pulls off a giant event like this. It's just awe-inspiring."

Could soccer become a fixture in a new Bills stadium?

While in Qatar, Shearing would like to meet Cindy Parlow Cone, the president of the United States Soccer Federation and a member of the 1999 U.S. Women's World Cup championship-winning team.Even though more than two decades have passed, Shearing vividly remembers following the country's run to win the World Cup that year at a time when soccer was more difficult to find on television channels or internet streams.

"The '99ers – I still remember every single one of them, I remember plays in the games," Shearing said.

She cannot believe that she is now part of a World Cup.

Casey Shearing is a member of the U.S. Department of State's Diplomatic Security Service. She's working her first World Cup in Qatar. 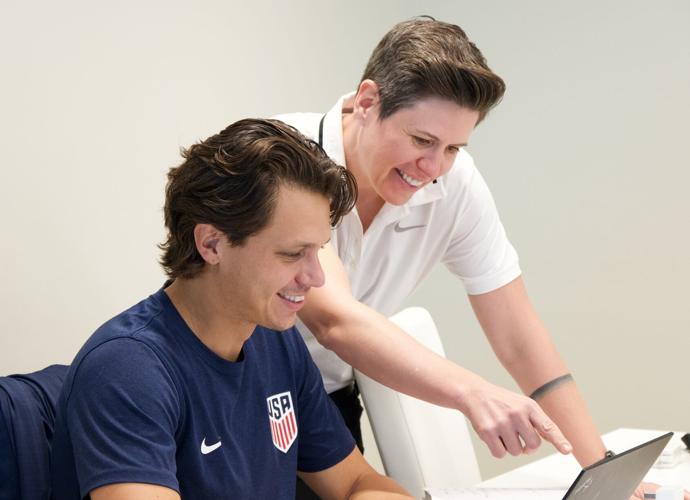 Casey Shearing, right, laughs with a member of U.S. Soccer while preparing for the World Cup in Qatar.