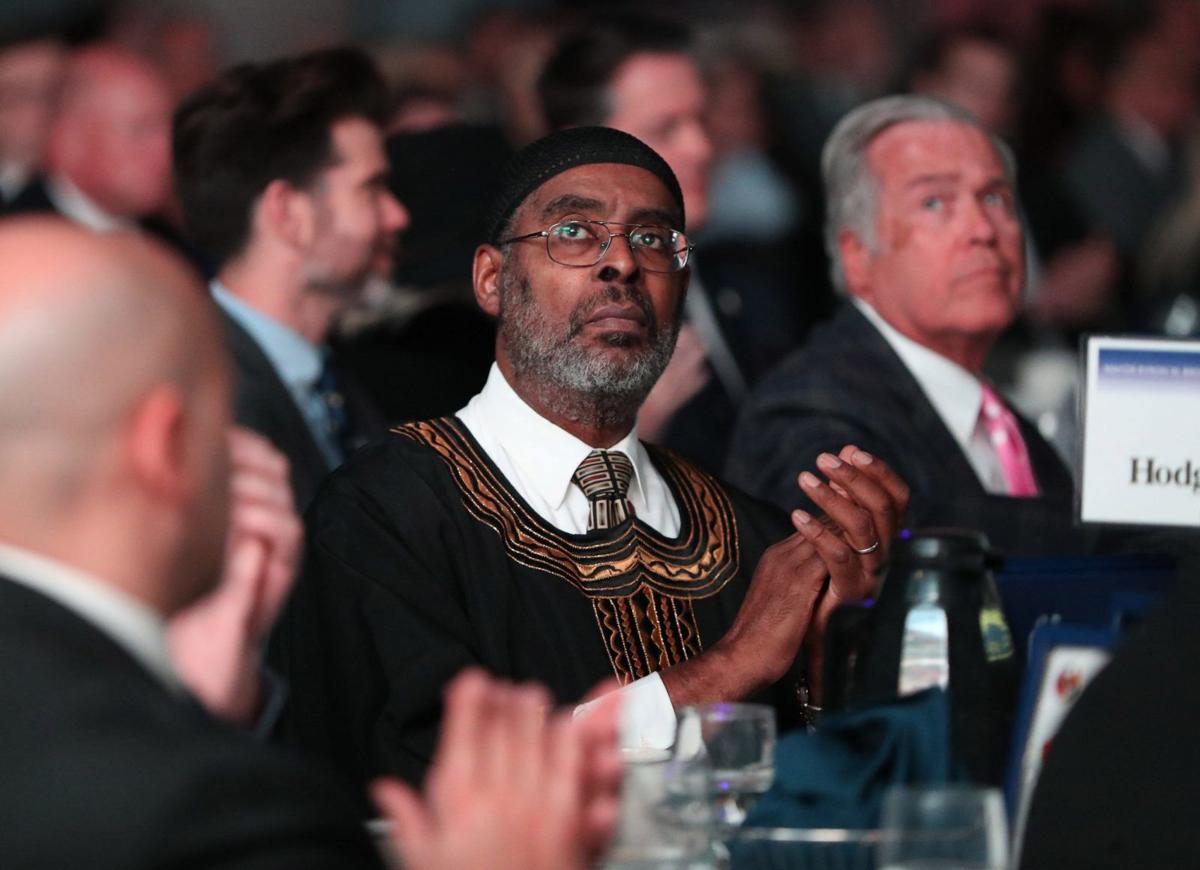 L. Nathan Hare, center, the executive director of the Community Action Organization, was fired in October by the nonprofit's board of directors but he reclaimed his job the next business day. (Sharon Cantillon/Buffalo News) 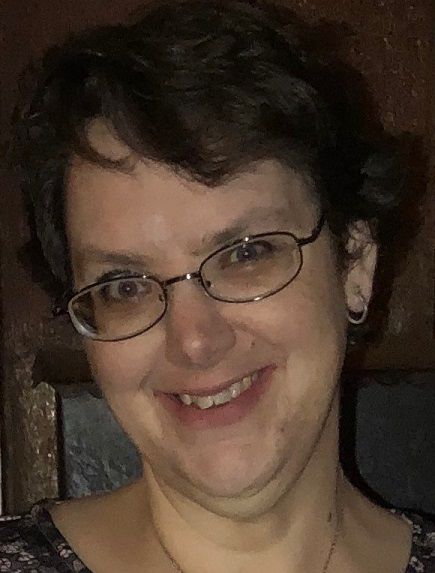 By Mary B. Pasciak, Matthew Spina

A confrontation is expected to erupt Monday at the Community Action Organization, which spends millions in government money fighting poverty in Western New York.

At least two former directors, who were pushed off the board after trying to fire the politically connected CEO, intend to demand reinstatement when the board meets again.

“I’m going to sign in as a director, I’m going to sit in a chair at the table, and I’m going to grab a board packet,” said Jennifer Shank, who was the treasurer when an agency lawyer removed her in January.

Reinstatement won’t be easy. The unpaid board is now populated with Mayor Byron W. Brown’s loyalists, and he protects the status quo at the CAO. There has long been a cross-pollination between the CAO and the Grassroots political club that launched the mayor's political career.

His friend L. Nathan Hare has been at the CAO's helm since 2002, when Brown was serving his first term in the State Senate. Under Hare’s leadership, the CAO pulled in more and more government money for the anti-poverty programs it runs. Today, its budget tops $50 million and it employs hundreds of people.

In October, a group of directors decided it was time for Hare to go. They complained he had denied them important financial information. They also determined he and his team had mishandled some vital grants.

As they voted to fire Hare from his job, which paid at least $112,000 a year, the directors also hired a forensic accountant to examine the books.

The mayor and one of his confidantes, attorney Adam W. Perry of the Hodgson Russ law firm, intervened, former board members said. Hare was back at work the next business day, despite his termination letter.

Perry, the CAO's lawyer, told the directors he found technical problems in their vote to fire the CEO, according to former board members. Perry further told them in an email that Hare, 69, was likely to sue if terminated.

Shank said she and some of Hare’s other critics – including then-board president Jenine Dunn and members Doris Cummings-Ford and Melissa R.H. Brown – planned to schedule a second vote to fire Hare. This time, they would not repeat the technical issues the attorney had cited.

But before the second vote, Perry sent them letters in January telling them they were no longer on the board. For each, he cited “a deficiency in your qualifications and the process used by the Board to consider and vote on your election.”

That’s the only explanation they have received so far.

With Hare's critics gone, the work of the forensic accountant stopped.

The board’s interim president, Michael E. Johnson, the regional director of the state Comptroller’s Office, has balked at answering questions about the matter and did not return a message seeking comment for this article. Similarly, Hare did not respond to telephone and email messages. A telephone message left for Perry was not returned.

As for the mayor, his spokesman issued a statement saying Brown "has no involvement in CAO board decisions," though the statement acknowledged the mayor, like other elected officials, gets to appoint a board member.

Brown back in October asked the CAO board's now-former president – Dunn – to reconsider the decision to fire Hare, and she refused, former directors said.

On Monday, Shank and other fired directors who attend will look to the mayor's confidante – Perry – to explain and justify their removal.

“Unless he can give me, on the record, a valid reason for why I was removed, I’m still a board member,” Shank said.

Mayor's allies on CAO board

The chance of reinstatement Monday appears remote because the CAO’s board clearly tilts in the mayor’s favor. Consider the three members added Jan. 7. Each has a connection to Brown.

Demone A. Smith serves as executive director at the Buffalo Employment and Training Center, a source of jobs for the Brown team. The mayor gave him the position in 2015, when Smith was collecting the standard $52,000 salary as a Common Council member. With his new job, Smith’s pay shot to $89,000 a year.

Common Councilor Ulysees O. Wingo Sr. would not have landed his Masten District Council seat had Brown not appointed Smith to the employment and training center. Grassroots then endorsed Wingo as Smith’s replacement.

Barbara Miller-Williams, an Erie County legislator, has reached a number of political milestones with Brown's help. More recently, Miller-Williams became the Democratic Party nominee for city comptroller. She has said she hopes for the mayor's support.

Wingo said there is nothing wrong with the seat he occupies.

Miller-Williams said she would resign from her post if she is doing something improper.

“I just like serving, and as an elected official, I will serve anywhere,” she said. “If I am not eligible, it is not a problem for me to resign.”

Other directors were added after the vote to terminate Nathan Hare. Among them: the Rev. Craig D. Pridgen, pastor of True Bethel Baptist Church of Niagara Falls and son of Common Council President Darius G. Pridgen; family counselor Jennifer Nahrebeski, who is County Legislator Lynne Dixon’s designee; and Angela Blue, a community outreach specialist for the state AFL-CIO, who is State Sen. Timothy M. Kennedy’s designee. Kennedy and Brown are political allies.

The mayor has other connections to the CAO board. Its secretary is Nicole C. Drye, a vice chairwoman of Grassroots. The mayor appointed her as City Hall’s director of special events, a job paying her $81,000 a year.

Craig D. Hannah was first appointed a City Court judge more than 10 years ago by Brown. The judge’s mother, Maggie F. Hannah, also serves on CAO’s board as the representative for Assemblywoman Crystal Peoples-Stokes, whose political career also sprang from Grassroots.

Darius G. Pridgen has a designee, Vernee Shaw-Wilkins, who is on the City Hall payroll as his legislative assistant. The mayor has his own seat on the board, to which he appointed Addie Jackson.

Initially, the appointment of the Rev. Craig Pridgen hit a snag. Then, as with Hare's firing, Perry intervened.

Pridgen's nomination, along with three others, came to a vote Nov. 5. Pridgen was the only nominee the CAO board rejected, Shank said. He stormed out, and Hare ran after him, she and others told The News.

But at the next meeting, in January, Perry told the board that the votes on Pridgen had been counted improperly, Shank said.

To Perry, the Rev. Craig Pridgen was on the board. Minutes of the meeting also reflect that the board approved him as a member.

Reached by phone, Pridgen declined to say how the board voted Nov. 5.

“I received notification sometime later that I was on the board,” he said. “As far as I’m concerned, yes, I am on the board of directors.”

L. Nathan Hare, center, the executive director of the Community Action Organization, was fired in October by the nonprofit's board of directors but he reclaimed his job the next business day. (Sharon Cantillon/Buffalo News)