Subscribe for $1
Read Today's E-Edition
Share This
As case proceeded without him, landlord sold houses where 29 children suffered lead poisoning
0 Comments
Share this
Support this work for $1 a month
Patrick Lakamp

For the couple of years that Kern Khan has lived in Angel Dalfin's rental property, he has been treated the same way Dalfin has responded to judges, prosecutors and lead-based paint inspectors: ignored.

No one's tried to collect rent in over a year at the home on the 900 block of Northampton Street. Half of his kitchen remains without electrical power. His bedroom light doesn't work. Rats eat any food he doesn't put in the refrigerator, he said. And then there are the paint hazards in all of the rooms, according to health inspection records.

At the height of his operation, Dalfin owned or controlled more than 150 single- and two-family homes in Buffalo, rented mostly to low-income people of color.

At least 63 of the houses were cited for lead paint hazards, and 29 children living in 22 of the homes suffered lead poisoning, according to the state Attorney General's Office.

At a court hearing Thursday, State Supreme Court Justice Catherine Nugent Panepinto said she will put into receivership the last of Dalfin's properties in the city: three houses on the East Side, including the one where Khan lives. And the judge said she will approve a default judgment banning Dalfin from renting out or managing properties in New York State.

Assistant Attorney General Patrick Omilian told the judge the state intends to seek a $5,000 fine for each of the 126 violations the state cited in its civil complaint against Dalfin, totaling $630,000. An inquest will be held later to consider the penalties, restitution and damages.

Those involved in the case consider Dalfin to have been among the worst – if not the worst – rental housing operators in Buffalo, where the poisoning of children from lead paint in aging rental housing remains an ongoing public health crisis.

But the case also illustrates the challenges officials encounter when they sue over lead paint violations at rental properties acquired through a network of out-of-state entities and managed by out-of-state property management companies.

Dalfin, who's also known as Elliot Dalfin, operated using a web of 19 companies incorporated in the states of Wyoming, Maryland, Delaware and New York, and he shuffled the properties among them, according to court records.

Dalfin never appeared at a civil hearing in state court. He stopped replying to court orders. He's now a fugitive from a related criminal case over the lead paint violations in federal court, according to court records.

His own lawyers withdrew from the state case when he stopped returning their phone calls.

In September 2018, shortly after Dalfin learned he was under investigation, he took steps to conceal his location, identity and assets, according to court records.

And by the time the state sued him in September 2020, he was already unloading the properties.

A month later, after learning the state was seeking a temporary restraining order to prevent him from transferring or selling his properties, Dalfin "implemented a scheme to fraudulently transfer the remaining properties ... to evade an impending court order," Omilian said in court papers.

At 12:43 p.m., agents of one of his entities filed a deed transferring 12 properties for a reported purchase price of $240,000, according to the state.

At 3:53 p.m., the court entered the temporary restraining order.

But by Thursday, the only properties left were the three he abandoned and stopped collecting rent on over a year ago.

Even if the state doesn't locate Dalfin, much less collect fines from him, those involved in the case say his prosecution puts other landlords and property managers on notice, particularly those who don't wish to become fugitives, that the state could hold them accountable for violating childhood lead poisoning prevention laws.

Khan is not sure what to expect when the judge appoints a receiver for the MLK Park neighborhood house he lives in. He's been discouraged by his living conditions in the two-story Northampton Street home, where lead paint and other code violations dating back to 2019 have put the house in a "dire" condition, according to prosecutors.

"I've never been comfortable living here, and at my age, I think I should live somewhere comfortable," Khan said.

The house and two others in the city have been abandoned by Dalfin, Omilian said.

The Attorney General's Office intends to recommend the court appoint Heart of the City Neighborhoods Inc. to act as receiver for the properties, bringing them up to code and making sure they're safe, he told the judge.

"I'm glad to hear they're ready and able," Panepinto replied.

More than 10 years ago, Dalfin, either directly or through his agents, began buying and managing rental properties in Buffalo through a network of limited liability companies, Omilian said in court papers.

They're among the tens of thousands of rental properties in Buffalo that were constructed before 1978 and contain lead paint. Lead poisoning can be prevented if the homes are properly maintained.

But over the years, Dalfin repeatedly violated laws by failing to maintain them, allowing lead paint to deteriorate, and he also provided deficient and false lead disclosures – or no disclosures at all – to tenants and purchasers of his properties, according to the state Attorney General's Office.

Heil admitted to a single misdemeanor count of aiding and abetting the failure to provide a lead paint hazard warning notice as to a single property on two occasions in full satisfaction of all pending felony criminal charges, said attorney Parker R. MacKay, who represents him.

"He has cooperated with the New York Attorney General’s investigation into this matter since first issued a subpoena, and the guilty plea in federal court reflects the limited role Mr. Heil truly played in Elliot Dalfin’s management of property in Buffalo," MacKay said. "Mr. Heil has owned up to his actions and looks forward to moving beyond this, unlike Mr. Dalfin, who has failed to answer the civil suit and still remains at large from a federal arrest warrant."

From December 2015 to May 2018, Heil was aware of lead-based paint and lead-based paint hazards at 96 Wick St., a two-family house in the Genesee-Moselle neighborhood that was built in 1905, according to federal court records.

The maximum possible sentence is a prison term of one year, a fine of $100,000, or both. Given Heil's lack of criminal history and acceptance of responsibility, his sentencing range would be a term of imprisonment of up to six months and a fine between $1,000 and $9,500, according to court records.

The federal court records outline what happened at the Wick Street property:

In November 2015, the Erie County Department of Health received a report of a 2-year-old child with an elevated blood lead level residing at the property. After testing the surfaces throughout the property for lead, the department verified 10 lead paint hazards in multiple locations.

Federal law requires sellers and landlords to disclose reports concerning lead-based paint to purchasers and tenants upon the sale or lease or lease renewal, even if the hazard has been mitigated.

Less than a year later, the department received a report that the child was still residing at the property and had an elevated blood lead level. Testing confirmed the presence of lead on surfaces in multiple locations.

In May 2018, the department received another report that the same child, then 5 years old, was still residing at the property and still had an elevated blood lead level. The family vacated the house shortly afterward.

In April 2018, a new family with five children moved into the house at 96 Wick, using Section 8 rental assistance. Heil provided a lead disclosure statement to the tenant falsely affirming the landlord had no knowledge or reports of lead-based paint or lead-based paint hazards in the house.

In June 2020, the property was rented to another family, and Heil provided a similar false disclosure statement.

In my 25th year at The News, finding stories in spreadsheets and courtrooms. So I like data and depositions a lot. Also get to work with talented colleagues on the enterprise team. A Missouri and Syracuse grad. plakamp@buffnews.com

Paul R. Heil, a 52-year-old Williamsville resident, previously pleaded guilty to a misdemeanor count of aiding and abetting the failure to provide a lead paint hazard warning notice for a property on two occasions.

The Editorial Board: A major lead contamination complaint ends with minor results. The poisoning continues.

A bad landlord and an inept – at best – manager endangered the lives of dozens of Buffalo children. Consequences? Not much.

At the height of his operation, Angel Elliot Dalfin owned or controlled more than 150 single- and two-family homes on the city's East Side, rented mostly to low-income people of color.

Angel Elliot Dalfin, until recently a fugitive, is considered by government officials to have been among the worst – if not the worst – rental housing operators in Buffalo.

The Editorial Board: Erie County should protect renters by providing a lead paint database

Other areas have figured out how to make sure families know about possible lead paint hazards.

A former landlord who was considered one of the worst in Buffalo has been ordered to a pay nearly $5.1 million in penalties, restitution and forfeited rent for lead paint violations, State Attorney General Letitia James announced. 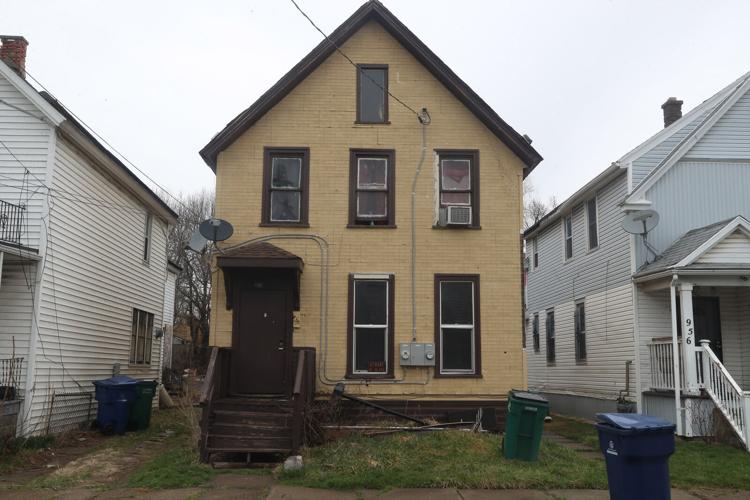 This rental home at 952 Northampton St. in Buffalo is one of three that will be put into a receivership after its owner abandoned the properties over a year ago. This house and the other houses at 78 Deshler St. and 610 Adams St. are part of a court case in which the property owner was sued by the state Attorney General's Office for lead paint violations at over 60 homes. 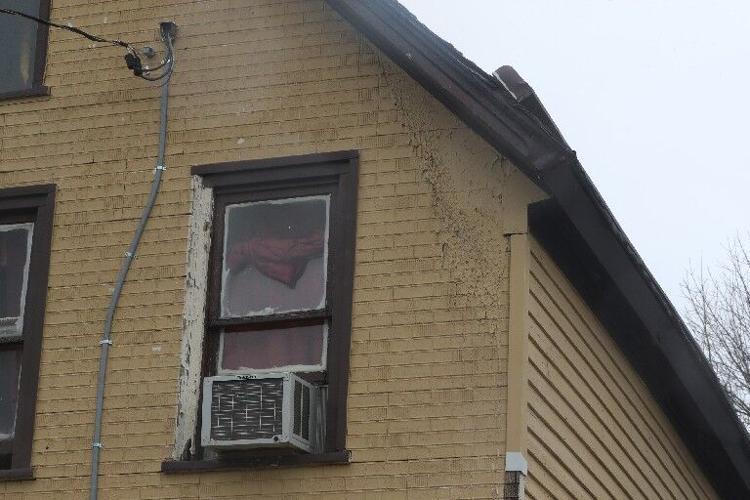 This is a home at 952 Northampton St. is among three being put into receivership. 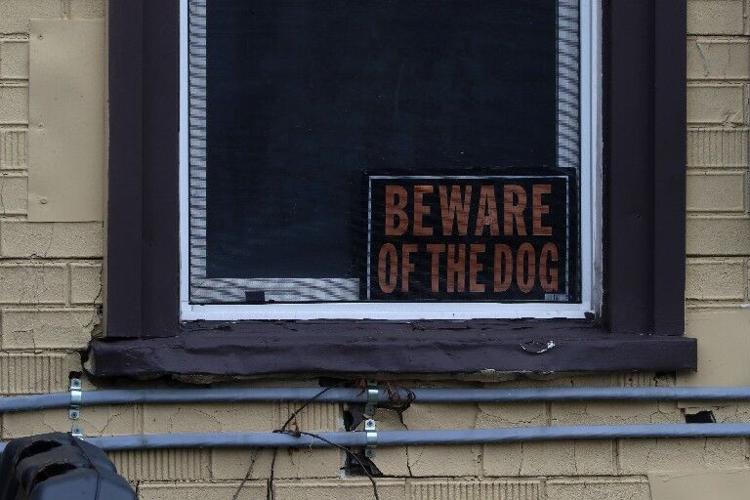 This home at 952 Northampton St. in Buffalo is one of three that will be put into a receivership. The others are at 78 Deshler St. and 610 Adams St.