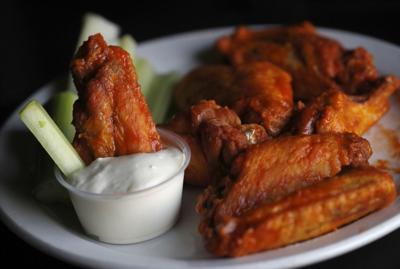 Greg Syposs got sticker shock last month when he ordered his usual tray of pizza and 30 wings. The meal for his family of seven usually cost $53 but had jumped to $63.

"I was a bit surprised," the Niagara Falls resident said.

At first, he assumed the price hike was a result of higher labor costs and, maybe, an effort to make up lost revenue from state-mandated restaurant closures.

"I asked and they told me there was a shortage and prices went up on their end," Syposs said. "It’s understandable it would pass on to the consumer."

Not all customers have been so understanding – especially those who remember paying 20 cents per wing during happy hour.

As the shortage drags on, what does it mean for restaurants in the region that made chicken wings famous?

It means more tension piled onto what has already been restaurants' most difficult year in modern memory, they said. It has been crushing for bars, pubs and pizzerias that rely on wings as a significant portion of sales. And, while restaurants have been able to temporarily stop offering certain dishes to keep prices down, taking the Buffalo staple off the menu is not an option.

Already strained by the tight labor market, the higher costs are a blow to their crimped budgets – even as mandates loosen up and patrons are more willing to dine out.

"It's making business more difficult now than it was at the height of Covid," said Greg Stennis, owner of Dwyer's Irish Pub in North Tonawanda.

Dwyer's did well last year, Stennis said, because the facility has a large outdoor area, and because the restaurant was already used to takeout.

Indeed, with so many customers turning to food delivery last year, wing sales from places such as pizzerias were up 7% in 2020 compared to 2019, even though overall restaurant visits dropped by 11% nationally, according to the National Chicken council.

Now, as things slowly get closer to normal, navigating the higher prices is a new challenge.

The current chicken wing shortage has been in the making since 2018. That's when an oversupply in production started to nudge the supply chain out of whack.

Production slowed to balance out the excessive supply, but then came the pandemic with its shortage of meat processing workers and a burst in demand from homebound consumers.

As a result, costs have soared to an average 55 to 60 cents per wing – even before they're cooked and paired with celery and bleu cheese.

At that cost, it's "not even worth selling wings right now," said Mike Wylke, owner of Brick Oven Pizzeria and Pub on Grand Island. His chicken wing costs have tripled in the past 14 months, he said.

The Brick Oven's menu – with Italian dinners, wraps, burgers, tacos – is large and diverse enough that the restaurant doesn't have to rely solely on pizza and wing sales.

Still, there's no way to avoid the local consumer demand for wings. While they may be an afterthought for restaurants elsewhere in the country, wings are a must-have in the Buffalo Niagara region.

In business for 30 years, Wylke is used to price fluctuations tied to supply and demand – especially with chicken wings.

"It goes up and down. Every year during football playoffs it rises up and then it goes down a little bit," he said.

As a large restaurant, which can seat about 250 people in summer, Brick Oven is in a better position than small pizzerias that can't buy in such large quantities. Still, Wylke has raised prices only slightly, and the budget is strained.

Wylke's concern is that the prices will never go back down near where they were – even after supply catches up with demand.

"Prices never really go down," he said. "People get used to paying the price of charging more."

Don't expect to save much money making your own wings at home. In-store frozen wings sales increased by 37.2% from 2019 to 2020. Now, prices are up at club stores and supermarkets. Out-of-stocks are common.

Switching to boneless wings won't help, either. Whole-bird prices are up 56% from last year and, to top it off, restaurants are facing higher prices on fryer oil, as well. The same 35-pound box of oil that cost about $20 in July now runs as much as $47.

Chicken and oil are likely not the last supply disruptions restaurants and consumers will have to contend with.

Coffee supplies are running low and wholesale prices are climbing, as Brazil deals with its worst drought in nearly a century. Ketchup, particularly that in packets, has been in short supply, though Heinz has vowed to increase production by a quarter. Increased home shipping is pushing up the price of cardboard boxes – an increase likely to affect just about anything that gets delivered to a restaurant.

Wylke said his costs have gone up 10% to 20% across the board and, especially with regard to chicken wings, relief doesn't seem to be coming anytime soon.

"Suppliers say there's not an end in sight," Wylke said.

[BN] Chronicles: Legends and showmanship in the history of the Buffalo chicken wing

The true history of the chicken wing has been shaped by the stories and memories of two unique Buffalonians who were promoters and showmen as much as they were chefs and restaurateurs. 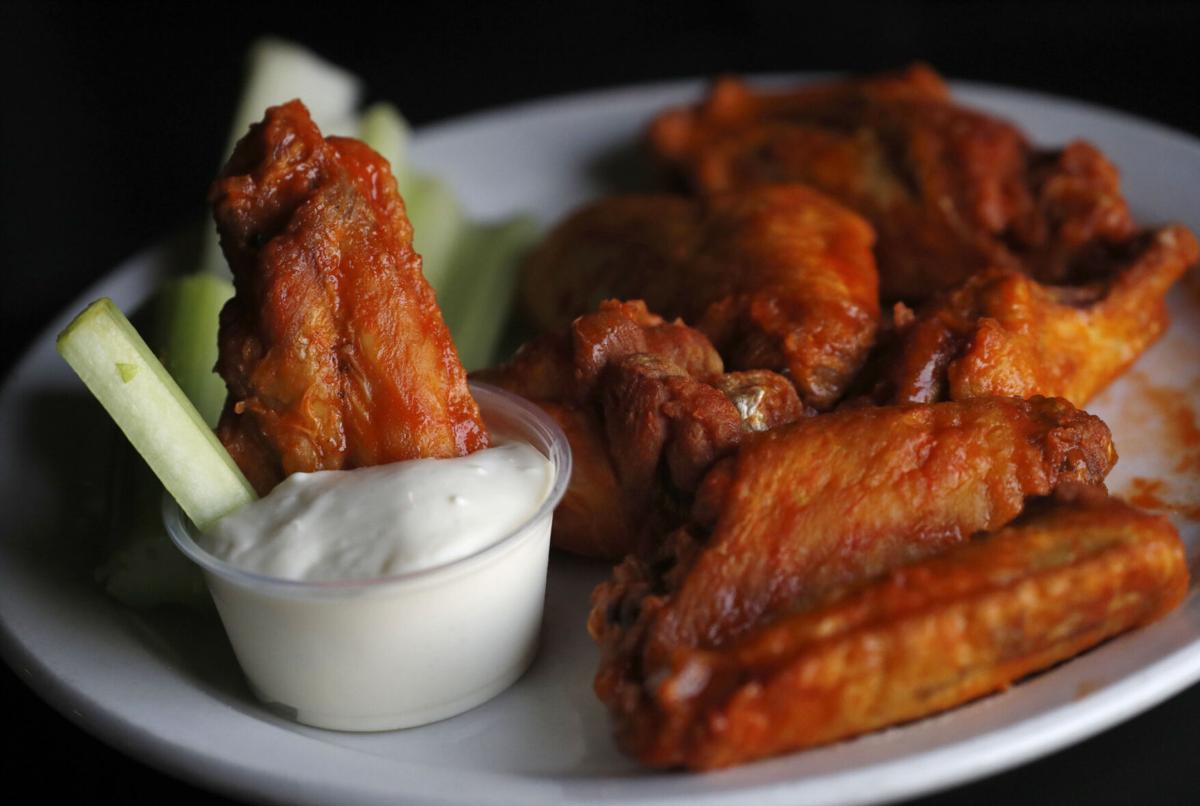 A plate of chicken wings at the Brick Oven Pizzeria and Pub on Grand Island. 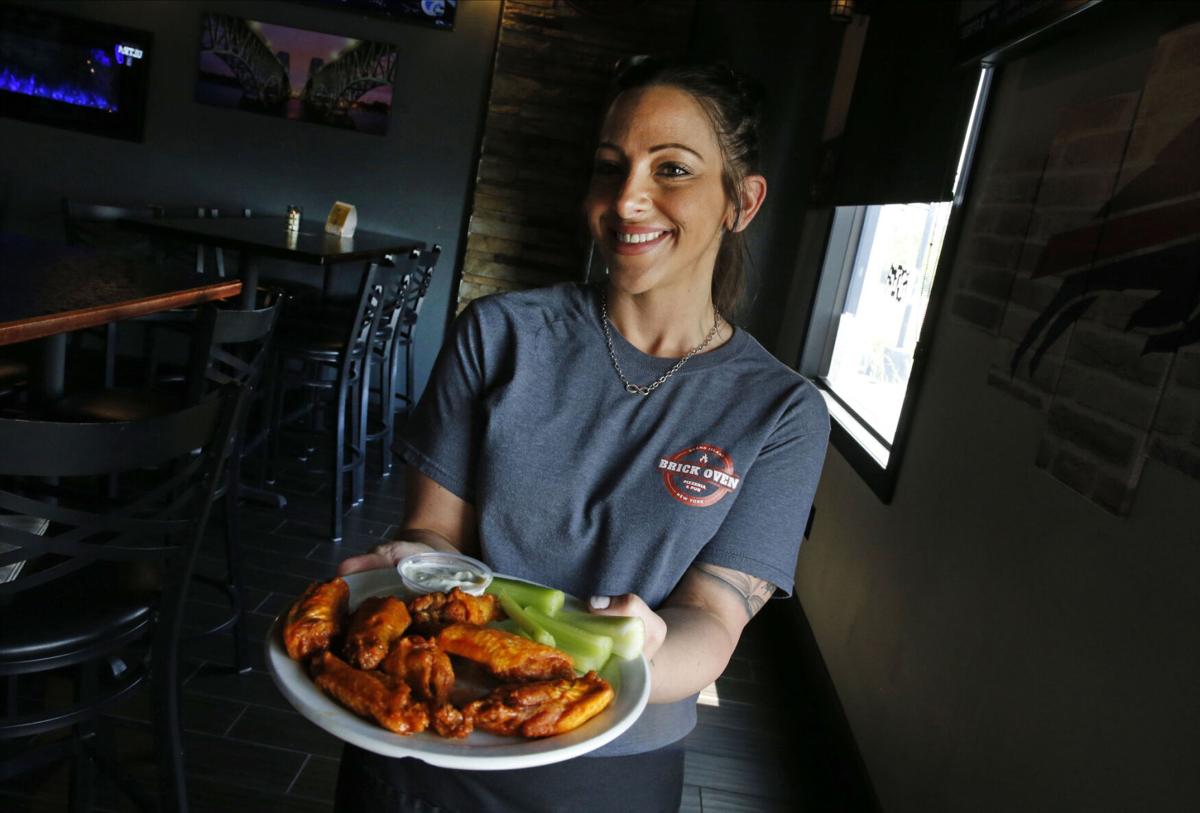 Carla Infantino, a 22-year veteran server, says she's never seen chicken wing prices so high. She and others at the Brick Oven Pizzeria and Pub on Grand Island hope the prices return to normal soon. 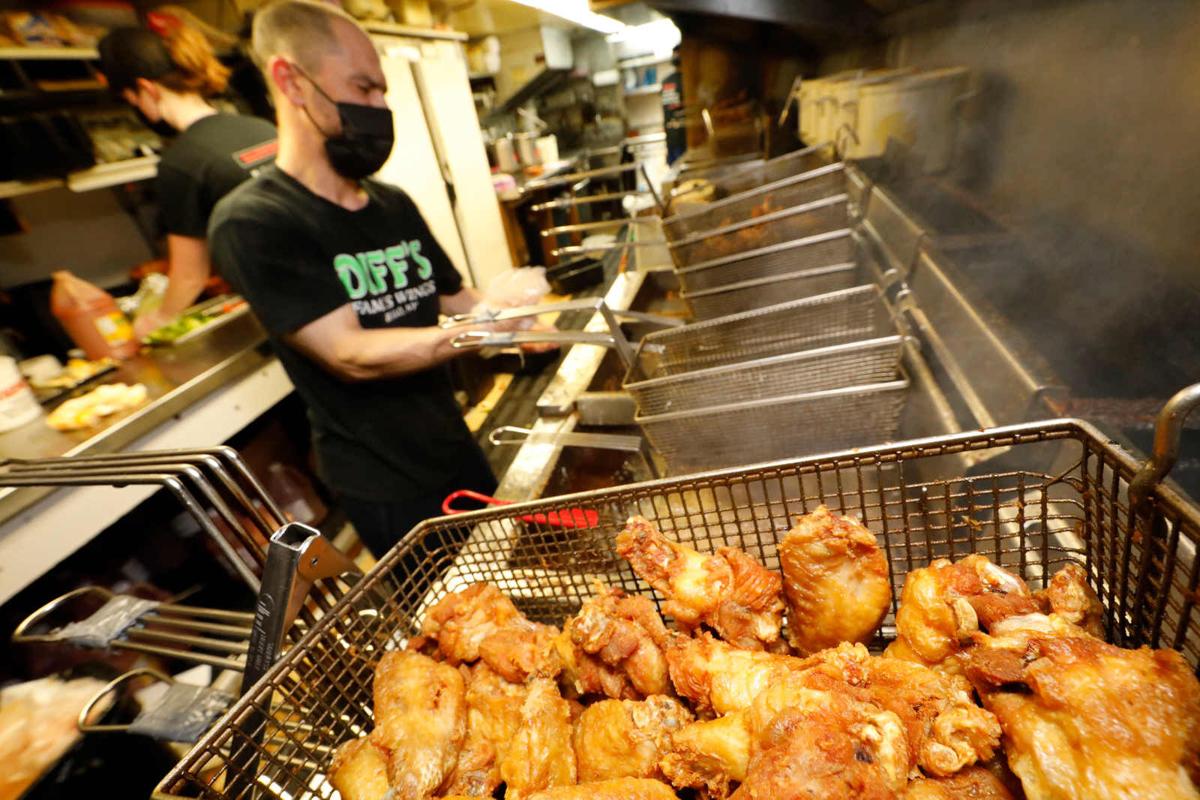 Matt Bauman drops wings into the fryer in the kitchen at Duff's Famous Wings on Sheridan Drive in Amherst. 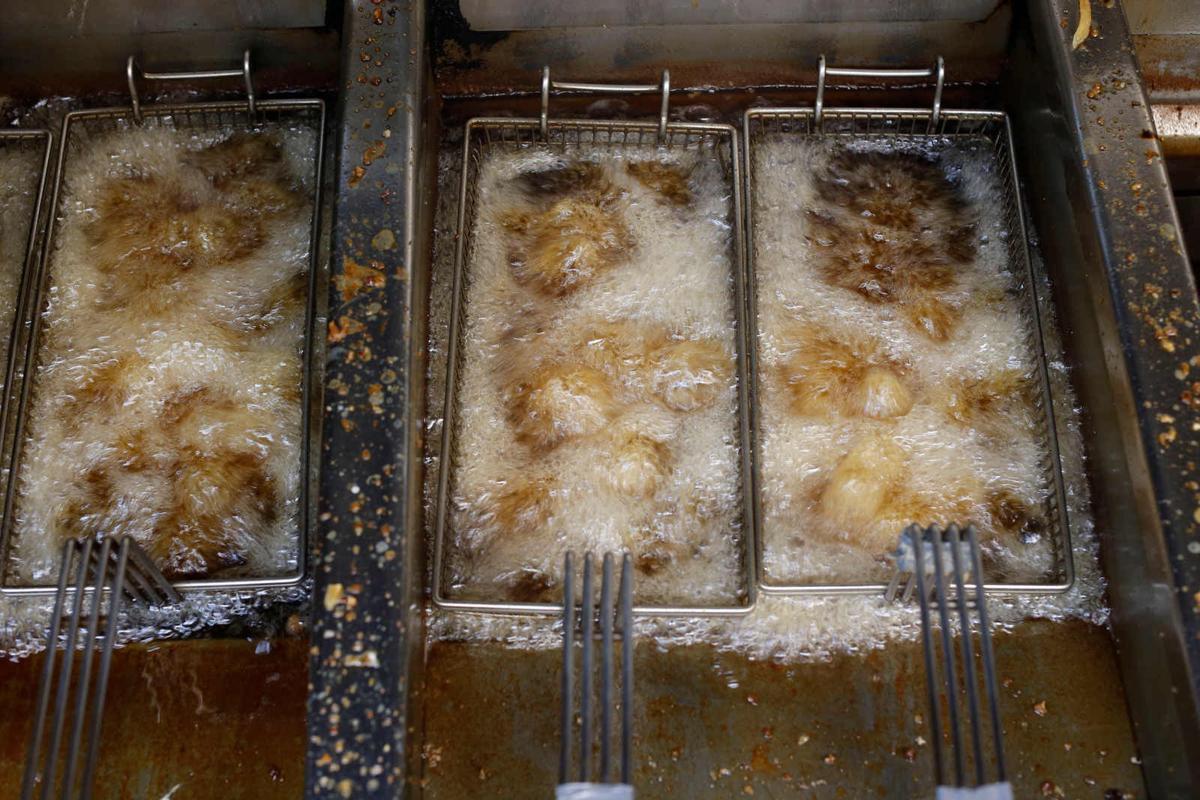 Restaurants are also facing higher prices on fryer oil. The same 35-pound box of oil that cost about $20 in July now runs as much as $47.