Demolishing the Skyway. Decking a stretch of the Kensington Expressway. Downgrading or removing the Scajaquada Expressway.

"In a perfect world, we could say let's fund each one of these and start construction Monday," said Rep. Brian Higgins, who's leading the charge to tear down the Skyway while still supporting the other projects.

But with a big price tag for each, the chances that two or all three would be included in the president's package seems iffy.

And that raises an overarching question: Who decides what gets done and in what order?

The answer: It's not clear.

A consensus has not emerged among political leaders about which project should go first or how to even reach a decision.

Money for all three?

The decision could come down to how far along they are in completing federally required studies. In other words, how shovel-ready are they?

That's often a deciding factor in which projects get to advance when federal dollars become available.

"When you talk about which one should go first, it's really which one's ready," state Sen. Sean Ryan said.

However, U.S. Transportation Secretary Pete Buttigieg has talked about the importance of projects that are both "shovel-ready and shovel-worthy." The latter refers to the $20 billion the Biden administration wants to set aside to remove highways that destroyed mostly Black neighborhoods in the mid-20th century.

That may mean projects, such as the Kensington Expressway will be strongly considered for its destruction of Humboldt Parkway and its impact on the East Side, even if they're behind in the review process.

Another factor on which project could get chosen is public reaction later this year to the alternatives put forward for the Skyway and Scajaquada projects.

Higgins believes there could be enough money for the three projects.

As a member of the House Ways and Means Committee, he will be in a position to deliver federal dollars that account for 80% of the cost of infrastructure projects.

"I think if you can get these three projects under $1 billion, there is enough money coming to Buffalo for transportation projects to do all of them," he said.

Because the Skyway and the Scajaquada projects are further along with the environmental impact statement process, Higgins said he hopes the DOT and state leaders will "move quickly" on developing an EIS for the return of Humboldt Parkway.

"Projects like the 33 are now a national priority," Higgins said. "But the 33 is the least positioned of these projects to capitalize on this. The EIS could move the project along by offering alternatives for the community to decide the best way to proceed."

Buffalo Mayor Byron Brown said he is pushing for funding for all three projects. He believes the funding source – in this case, the U.S. Department of Transportation – should establish "an objective review of the projects to determine which would have the greatest local and regional impact on the largest number of people," which he would want his administration to be able to weigh in on.

He declined to name a priority among the three projects.

For years Higgins has called for removing the Skyway, warning, as he did Thursday alongside State Sen. Tim Kennedy, that it poses a safety hazard, costs too much to maintain and blocks economic development.

Getting rid of the Skyway could be an economic boost for parts of the East Side and South Buffalo, while improving the commute for everybody, he said.

"You have all these streets coming into Niagara Square from the suburbs – Genesee, Sycamore, Broadway, Clinton, William, Seneca and South Park," Higgins said. "All were built for a population of 300,000 more people than we have today. Why aren't we taking advantage of that by reactivating those streets that have been commercially dead for 50 years? We can do that with this opportunity."

In 2019, Higgins found an ally in Cuomo, who after sponsoring a competition to reimagine the Skyway corridor announced it was time for the highway bridge to come down.

The governor fast-tracked the environmental impact statement required by the federal government to get federal funds. The only transportation alternatives the state Department of Transportation study is looking at call for replacing the Skyway.

Cuomo has called for the study to be completed by the end of the year, but the outcome is anything but assured.

Public hearings are expected this summer to discuss the alternatives, and it's anticipated that Southtowns commuters will voice strong opposition to the Skyway's removal, along with others who favor keeping part of the structure for pedestrians and bicyclists. The DOT may also not go along with an at-grade parkway and accompanying linear park that Higgins and Kennedy, who heads the Senate Transportation Committee, are insisting on.

The DOT's estimated cost for an alternate road and demolition of the Skyway is $600 million.

Higgins disputes the amount, claiming almost 80% of that expense would be to widen portions of I-190 that he claims isn't necessary for the project. His cost estimate for a new at-grade road and the demolition of the Skyway is $150 million.

Due to public opposition, the state DOT in 2018 paused work on an environmental impact statement that looked at turning the Scajaquada Expressway into a parkway.

The DOT turned to the Greater Buffalo-Niagara Regional Transportation Council for a new study. With input from the Scajaquada Corridor Coalition, a more expansive approach is now being taken that goes beyond studying roadway traffic functions to how the road interacts with neighborhoods, institutions and the environment.

One change that planners are looking at is extending the boundary east to Humboldt Parkway, unlike the previous study that stopped at the Parkside neighborhood.

While the DOT's previous study pegged the cost at $101 million, it's too early to have any idea what the future cost would be. The State Legislature set aside $100 million in 2017 for whatever plan emerges.

Hal Morse, the transportation organization's executive director, said the study should be completed by March 2022.

Ryan believes that could bode well for the Scajaquada project receiving federal funds.

"The Scajaquada is farther along in the planning and review process," Ryan said.

Assembly Majority Leader Crystal Peoples-Stokes is an ardent supporter of restoring Humboldt Parkway, which she and members of the Restore Our Community Coalition consider a matter of racial justice, quality of life, environmental health and community development.

The Kensington Expressway tore apart neighborhoods and, for many, relegated the once-grand, tree-lined Humboldt Parkway into one of Buffalo's greatest mistakes.

"All the stars are lined up to make this a reality," Peoples-Stokes said. "We have never had this kind of money available before. I am not going to be quiet for this one until we give the 33 the kind of consideration it deserves."

In February, she and five other Western New York Assembly members wrote a letter to Buttigieg, saying they "adamantly" disagreed with making the Skyway's demolition a regional transportation priority.

"It isn't a health hazard where people live, didn't devalue anyone's home, and did not destroy commercial strips – Jefferson and Fillmore," Peoples-Stokes said. "The Skyway did none of that, but the 33 did."

Peoples-Stokes endorses the coalition's call to start by decking Best Street to East Ferry first, followed by East Ferry to East Delavan. From East Delavan, it would be a combination of decking and resetting the parkway to the 198.

A 2014 study commissioned by the DOT to complete the first phase of the project put the cost at $560 million in 2015 dollars.

"To have the connectivity to restore the parkway you can only get halfway there by fixing the Scajaquada," he said. "To get the rest of the way you have to fix the 33."

Exactly how much money will flow into the region depends on what emerges from lawmakers' negotiations in Washington, D.C. But significant dollars are either a possibility or already promised.

The announcement Monday by Higgins and State Sen. Tim Kennedy, who chairs the Senate Transportation Committee, to distance themselves from the study came after a lack of success in convincing the state to create an at-grade alternate route.

Next up for Scajaquada corridor: Imagining what's possible

After years of debate, it's now back to the drawing board for the Scajaquada Expressway. Only this time, nothing's off the table.

The decision by the state Department of Transportation comes at the end of a long design process to reshape 2.2 miles of Route 198 between Parkside Avenue and Grant Street, which has been slowed to a 30 mph roadway. 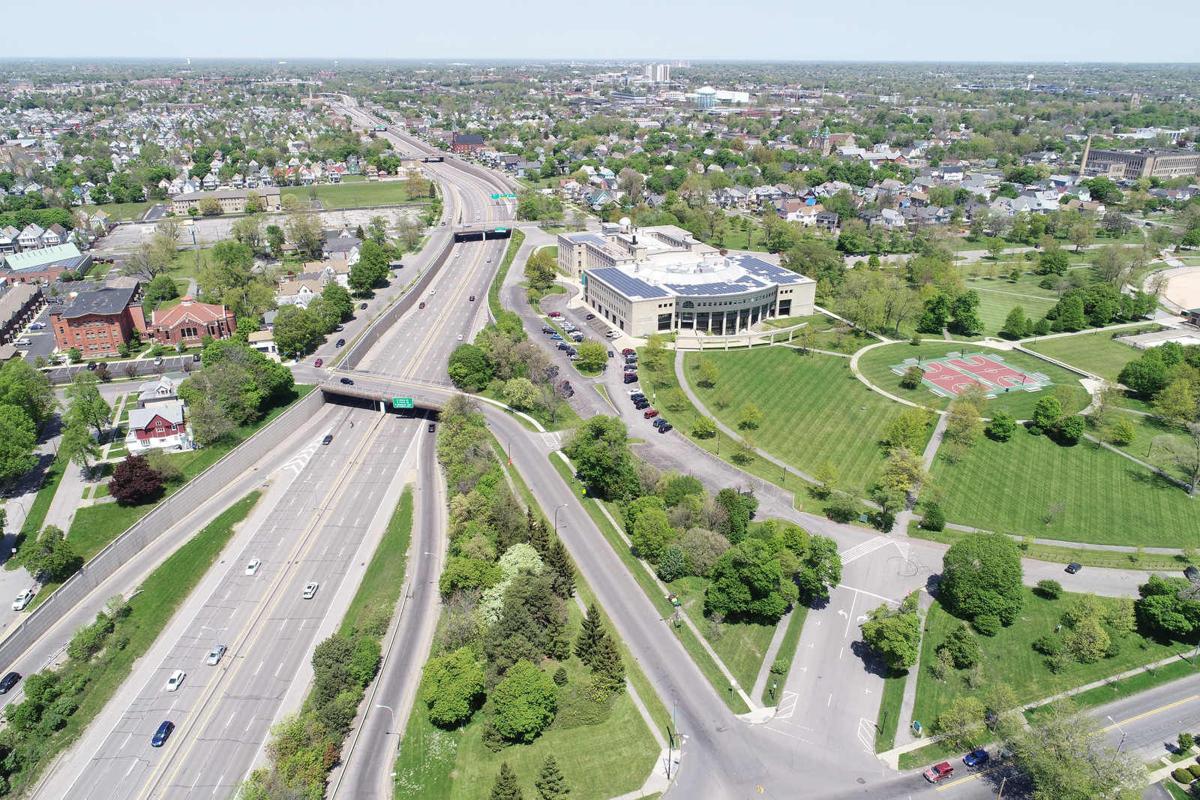 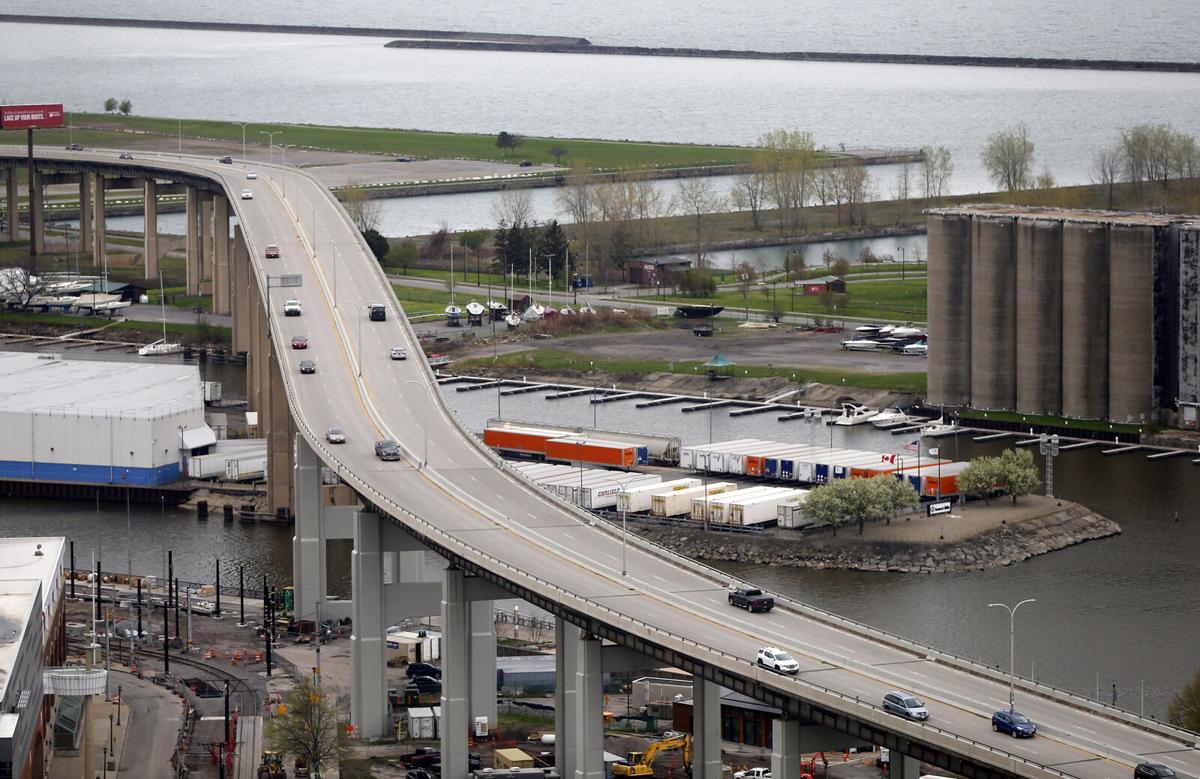 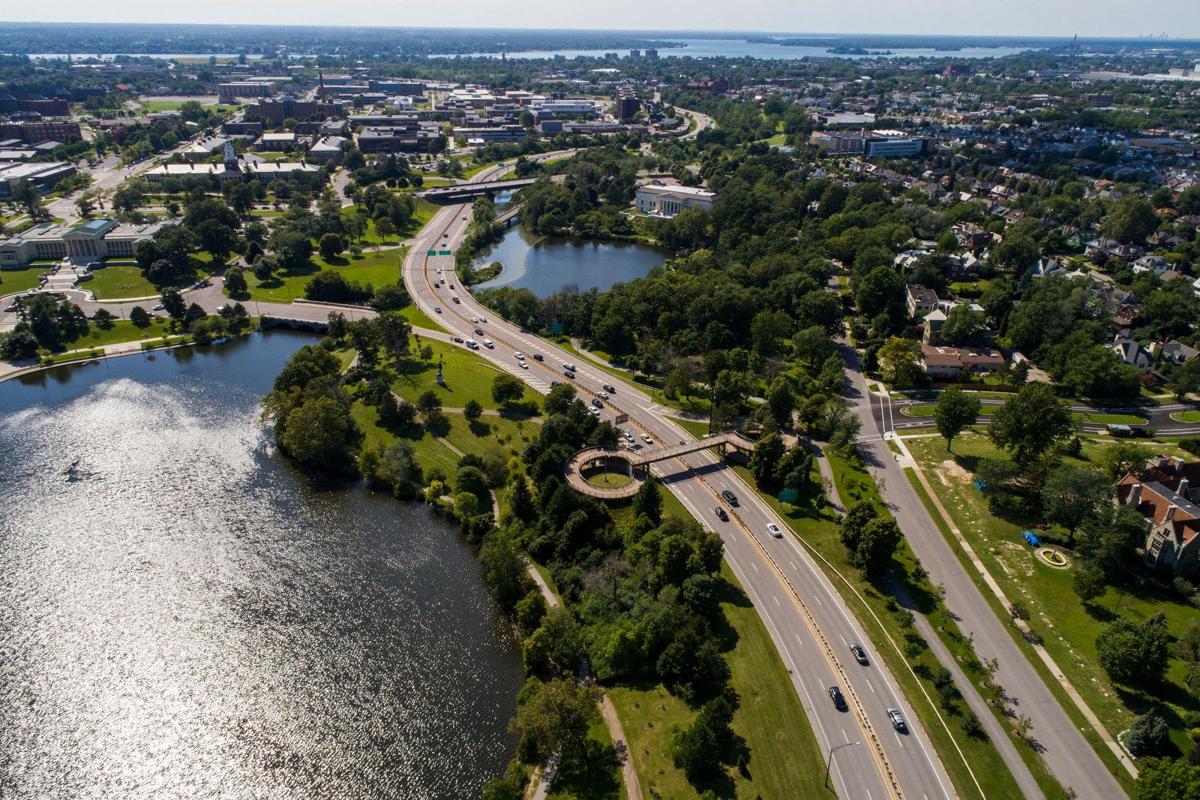