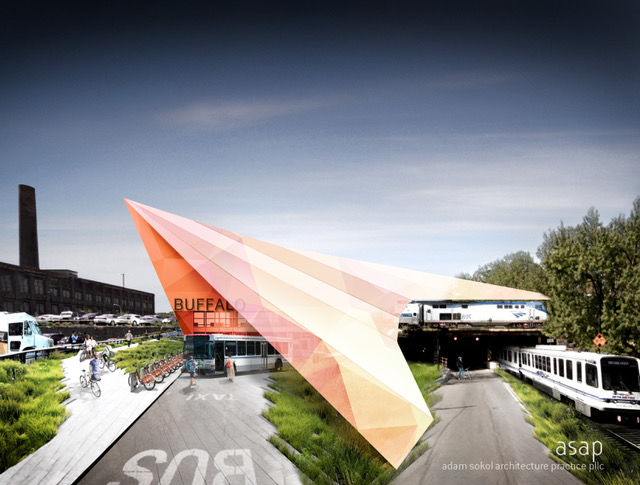 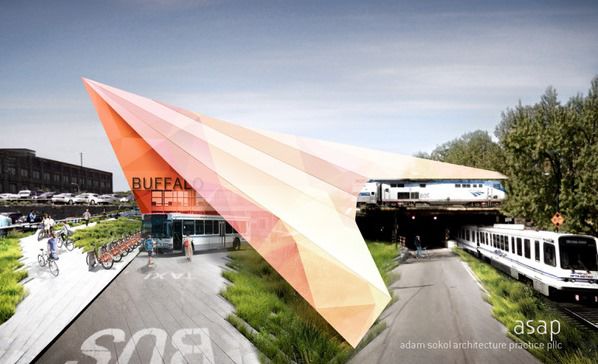 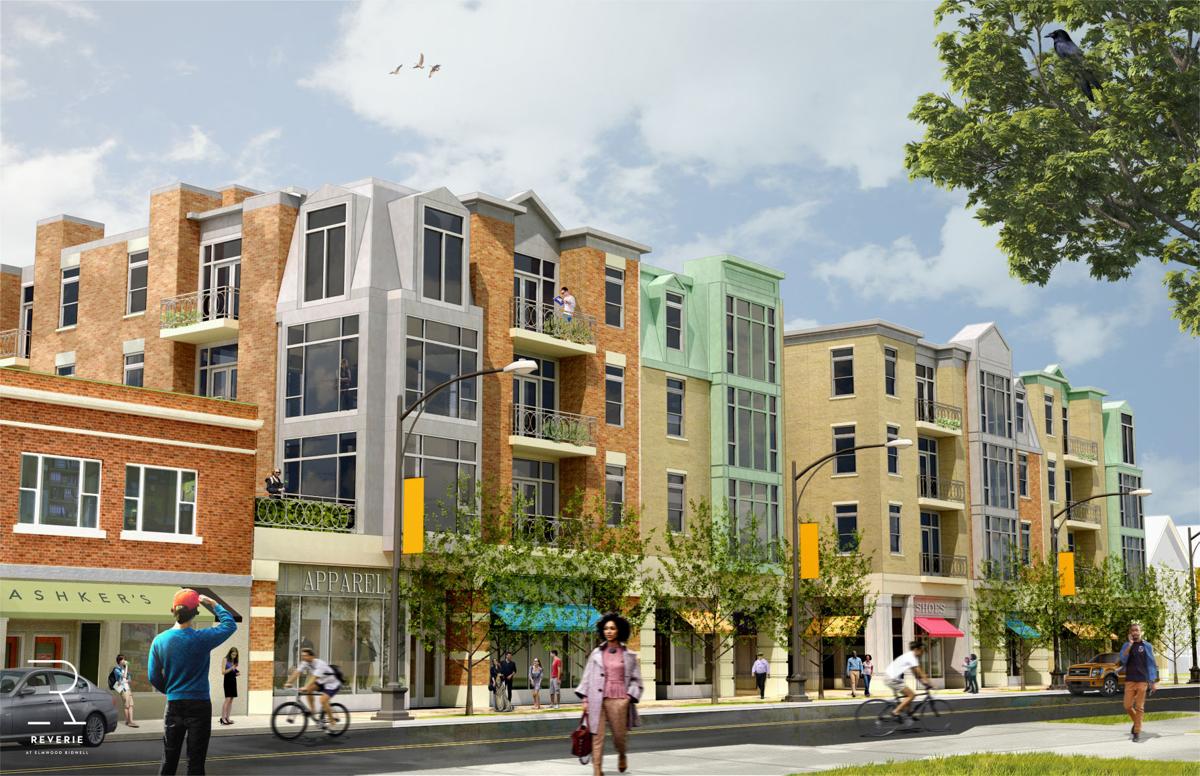 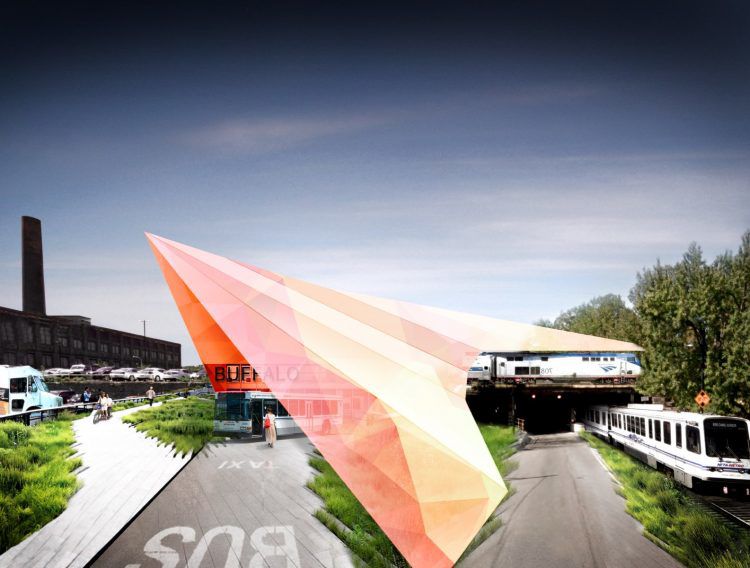 A local architect who wants a new Buffalo train station that embraces the future said the debate about its location should not just be between the Central Terminal and Canalside.

Adam Sokol has drawn a non-traditional concept at Larkinville, by railroad tracks that cross an overpass over Swan and Seymour streets.

Sokol said the area around the station could also be like a miniature High Line, the popular linear park in Manhattan located on an elevated section of a former railroad spur.

He envisions a small station, green space and a transit and bicycle hub. He also said a Metro Rail stop could be added.

"The station should be inspiring, optimistic," said Sokol, who has offices in Buffalo and Los Angeles. "It should say, 'Welcome to Buffalo, here's a city that has a great future ahead of it.'

"I think Larkinville is a destination and has had a lot of success, and this sets the stage to go beyond."

A committee headed by Mayor Byron W. Brown plans to decide by the end of April where the new train station should be located. The first public meeting will be held at 10 a.m. Thursday in the Common Council Chambers.

Most of the public attention has been on returning passenger rail to the Central Terminal, where it was from 1929 to 1979, or on or near Canalside. Sokol hopes Larkinville will be seriously  considered, too.

He calls the proposed structure Buffalo Central Station because of its central location and proximity to the I-190 exchange, and as an homage to the Central Terminal.

Sokol's concept would be made of polymer plastic. It's meant, he said, to offer a "welcoming and sheltering gesture."

"It's a big roof, with a lot of it outdoors," Sokol said. "We wanted to keep it simple.

"It's meant to be more inspirational than literal," Sokol said of what he called "a first sketch."

Sokol said the station's design should look more to New York City, where the modern refurbishment of Pennsylvania Station includes an acre-wide glass ceiling, rather than to Rochester, whose new station opening later this year reprises the look of a previous one.

Sokol said supporters of a train station at Canalside should not dismiss the importance of being able to head west to Chicago, something travelers would not be able to do from there. Canalside supporters say that is not important, since only two trains daily pull in and out of the Depew station, which allows trains to head west to Cleveland and Chicago.

Sokol said changes in rail travel could eventually mean more trips and ridership to Chicago. Buffalo, he said, should have the ability to accommodate such shifts, if they occur. He said it would also say something about Buffalo as a city.

"The Larkinville station will say 'Departure for Chicago,' which is important to Buffalo symbolically, " Sokol said. "Getting to Chicago is significant, because it's the national hub for everything. You get to Chicago, you get to anywhere."

Sokol thinks the Central Terminal can have a great future without being a train station once again. He also questions the need to potentially overload Canalside with a train station when the emerging Larkinville, less than two miles away, is equipped to provide rail service in all directions.

Elizabeth Giles, an executive board member of Citizens for Regional Transit, which promotes mass transit, said she has been impressed by Larkinville's development. But she thinks the Central Terminal makes more sense because it was built to house trains, and because a train station there would help breathe new life into one of Buffalo's architectural treasures and help a struggling neighborhood.

"Larkinville seems to have the same advantages in terms of location as the Central Terminal, except you're not simultaneously investing in one of the city's architectural treasures," Giles said. "If the station is going to be that far out, it's only a hop, skip and a jump to the Central Terminal."

Sokol said the discussion about a new train station needs to be about the future, without being wedded to the past.

"We need infrastructure to support the economy of the 21st century," Sokol said. "Preservation is great, nostalgia is great, but they are not one and the same. Medina has a very cute little train station that has no train service, and is now a museum. Thomas the Tank Engine rides on it.

"In Buffalo, the dialogue is always about bringing back the past," Sokol said. "Why can't we make Bailey-Fillmore to the way it was 50 years ago? The past is not coming back, but we can still have a great future.

"By the same token, trains have historically been at the Central Terminal or Exchange Street," he said. "But we don't have to be locked into what was before."