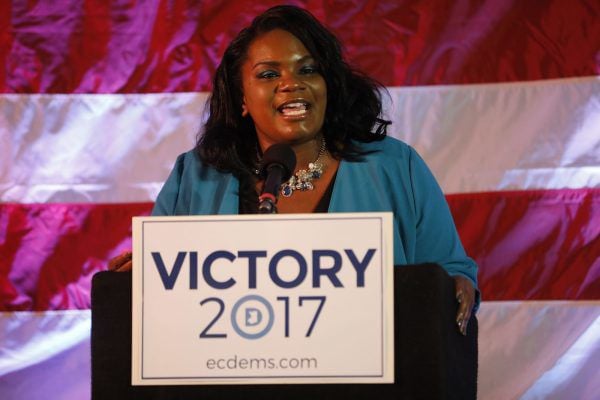 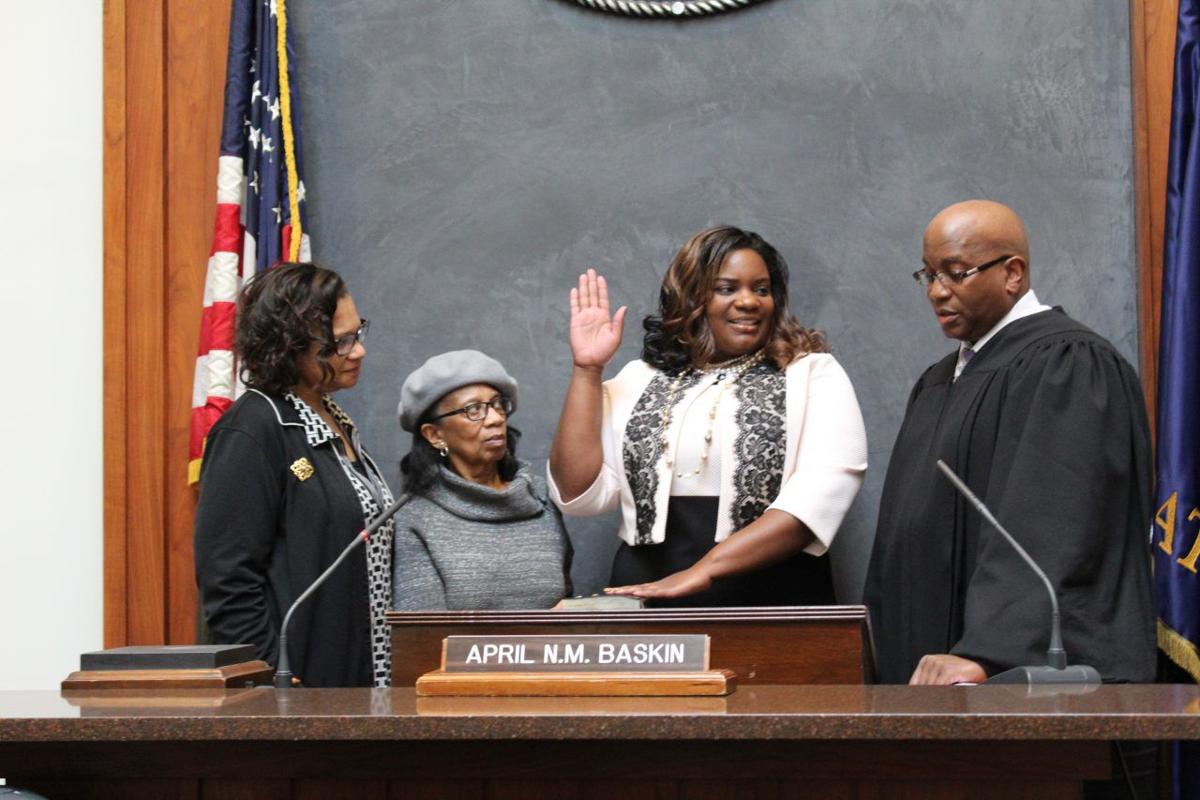 Democratic Majority Leader April Baskin, still in her first term as a legislator, was elected chairwoman of the Erie County Legislature in an 8-2 vote at a special meeting Monday afternoon.

Baskin, a newcomer when she was elected as 2nd District legislator in Buffalo in November 2017, was immediately named majority leader in January 2018 and has served in that role since then. At 36, she is the youngest person to hold the top leadership role, as well as the only first-term legislator to ascend to the seat.

"I vow to remember that we are first all partners in government," she said in her first remarks as chairwoman.

As a female chair and legislator for one of the most diverse districts in the county, she said she looks forward to working with both sides of the aisle.

"I've always prided myself on being a bridge builder," she said, adding, "I'm new to the structure of lawmaking, but not new to leadership."

Baskin founded the College Simulation Experience in 2015, helping underprivileged youth learn about life skills needed to succeed in college. As a legislator, Baskin has been vocal regarding issues of city poverty, human rights and transparency in law enforcement.

Her standing as majority leader over the past 16 months put her in a position for the higher ranking post, and well as the surprising fact that she now ranks as one of the more senior legislators in the Democratic caucus despite being in her first term.

The most veteran Democratic legislator, Thomas Loughran of Amherst, is on the outs with his own party and has announced he will not run for re-election this year. Former Democratic legislator Barbara Miller-Williams, who was recently appointed Buffalo city comptroller, has been replaced by Howard J. Johnson Jr., who was sworn in Thursday.

Meanwhile, veteran legislator Kevin Hardwick of the City of Tonawanda, is still technically a Republican even though he left the minority caucus and joined the Democrats in December.

Savage voted for Baskin in his last official role as a legislator. Though he was ceremonially sworn in as judge last week, a fact noted by those who expressed dissatisfaction with the rushed nature of Baskin's election as chair, Savage had not officially signed his oath card.

Democrat John Bruso of Lancaster has as much Democratic seniority as Baskin, leading to the expectation that he will likely serve as the next Democratic majority leader. He was named acting majority leader at Monday's meeting.

"Why all the special meetings?" Loughran asked. "What’s the rush?"

While they have no issues with her personally, they said, they objected to the timing. Democrats, they said, appeared to set the table for her appointment by holding a special meeting last Thursday to swear in Johnson as a legislator and calling another special meeting on Monday to ensure Savage could vote for Baskin before resigning to become judge. They also noted that Legislator John Mills, R-Orchard Park, was absent and unable to make the meeting.

Baskin said the rushed time frame was to ensure the smooth transition of leadership in the Legislature.

“It was after watching that that I decided that my radio station really should not get involved in a one-sided political area at this time,” Shula said.