WASHINGTON – It sounds like a gift from Uncle Sam, or more precisely, the future taxpayers of America: $708.6 million headed to municipalities in Erie and Niagara counties, along with another $565.5 million for local schools and colleges, all in return for the pain of suffering through a pandemic.

Yet it's not so simple. The local and school aid targeted to the Buffalo area under President Biden's American Rescue Plan won't come gift-wrapped. It will arrive, instead, tied together with red tape, with strings attached.

Even so, it will be the biggest infusion of new federal cash into Western New York in memory. And, like most things new and most things spelled out in bureaucratic language, this local and school money is a bit of a mystery.

Here's an attempt to demystify it and a look at some likely questions that you might have about the coming windfall.

How much federal aid is heading to the Buffalo area?

Combining the aid for municipalities with the education aid, the metro area will see a $1.27 billion infusion.

How much will $1.27 billion buy? It's more than Terry and Kim Pegula were reported to have paid for the Buffalo Bills in 2014. And, when you figure in inflation, it's more than the federal government paid to build Buffalo's Metro Rail system back in the 1980s (which comes out to $1.24 billion in 2020 dollars, according to a study completed last year).

But the new infusion of federal funds won't be spent all in one place. Buffalo is entitled to the biggest chunk: $331.4 million – and Mayor Byron W. Brown announced last week that the city has already applied for and received about half of it.

Meanwhile, the Erie County government could haul in as much as $178.5 million. Large sums will also go to the City of Niagara Falls ($57.2 million), Niagara County ($40.7 million) and the Town of Tonawanda ($40.4 million). Other major municipalities will get tens of millions, too.

How did the feds decide who gets what?

For municipalities, Congress divided up the local aid based on an existing formula used to parcel out Community Development Block Grants, a longstanding federal aid program. Population, poverty levels and the age and density of a community's housing all factor into that formula – meaning that bigger, poorer communities like Buffalo and Niagara Falls benefit the most.

For counties, it's simpler, with the money divided up on the basis of population.

When will the money arrive?

Here's where you'll find the red tape – but given that the City of Buffalo has already received about half its money, it's already apparent that the red tape is easily removed.

To understand the process, it's best to think of the cash each community is entitled to not as a gift, but as money on a very well-funded debit card – which those local governments can draw down from twice, but only with the federal government's permission.

How can localities use the money – and how can't they?

As noted earlier, this money comes with strings attached.

The American Rescue Plan and the federal rules stemming from it are pretty specific. Communities can use their rescue aid to:

• Replace revenues lost due to the Covid-19 pandemic.

• "Address negative economic impacts caused by the public health emergency," which means setting up programs for workers, families and businesses harmed by the pandemic.

The feds are equally specific about how communities will not be allowed to use the money. They can't use the federal funding to cut local taxes, and they can't use it to prop up a pension fund.

What about aid for schools?

Buffalo city schools will get about $290 million of the $565.52 million in education aid heading to Erie and Niagara counties, and Superintendent Kriner Cash is just beginning to get public comments on how that money ought to be used. One possibility, he said, is an online high school.

Under federal guidelines released last month, school districts have broad leeway as to how they use their federal stimulus funds. Under a separate set of guidelines, colleges and universities can use the money as emergency financial aid to students and to defray costs related to the pandemic, but they cannot use the cash to buy real estate or construct new facilities.

Why so much money for local governments and schools?

Because that's what President Biden and the Democrats who control Congress wanted, and got. And it's probably more than many communities need.

Buffalo, for example, budgeted for $65 million in federal aid to cover its pandemic-related budget hole – and ended up eligible for five times that much.

That being the case, Jared Walczak, vice president of state projects at the Tax Foundation, dubbed the American Rescue Plan's $350 billion in local and state aid "a solution in search of a problem."

Who's watching for waste and corruption?

Lots of bureaucrats – and journalists.

The Treasury Department Inspector General is charged with watching over how the local aid is spent, while the Department of Education Inspector General will keep an eye on the school funding. The Government Accountability Office and various congressional committees will likely be on the lookout, too, for the three mortal sins that sometimes plague governments: waste, fraud and abuse.

Biden, who pushed the American Rescue Plan to passage, doesn't seem to mind.

"Fastidious oversight is critical to ensuring that relief arrives quickly, equitably and efficiently," Biden said in a statement last month.

We at The Buffalo News, and journalists everywhere, agree. That being the case, if in the coming months and years you suspect that some Buffalo-area government or school district is misusing its infusion of federal stimulus funds, email jzremski@buffnews.com.

The new federal aid will help pay for grants to existing businesses, try to attract entrepreneurs and startup companies to Buffalo and provide technical assistance to business owners.

The White House last week introduced an interactive map of the nation's broadband dead zones, and it is enough to make a lot of Western New Yorkers see red.

The largest influx in government funding Erie County has ever seen would transform the county, from its parks to county buildings to the sewer system, under Erie County Executive Mark C. Poloncarz's plan for spending federal pandemic aid.

"I just think the president's being played here. And I don't think it's beneficial to Buffalo, relative to the promise of the original bill," Rep. Brian Higgins said.

Localities eligible for at least $822.7 million in federal aid

Buffalo and other municipalities across the eight-county Western New York region will soon be able to start cashing in on at least $822.7 million in federal aid.

How $565.5M in stimulus money will be split by schools and colleges in Buffalo Niagara

While Buffalo's windfall is smaller than the $245.1 million it was expected to get under an earlier version of the bill, it is still an unprecedented federal boost for the city's schools.

The American Rescue Plan showers money on the Empire State in myriad ways.

The so-called child allowance is just one of several poverty-fighting measures in the stimulus bill, which doubles as a thick, but perhaps temporary, extra layer in the nation's safety net.

Each district has until July 1 to post online its plans for the stimulus money. Schools have until September 2024 to spend it.

Stimulus money for schools is a gusher in Buffalo. Not so much in the suburbs.

Nearly $400 million is headed to local public schools under the American Rescue Plan. That's an average of $2,870 per student in Erie and Niagara counties. Some districts, though, will receive only about one-tenth that much. 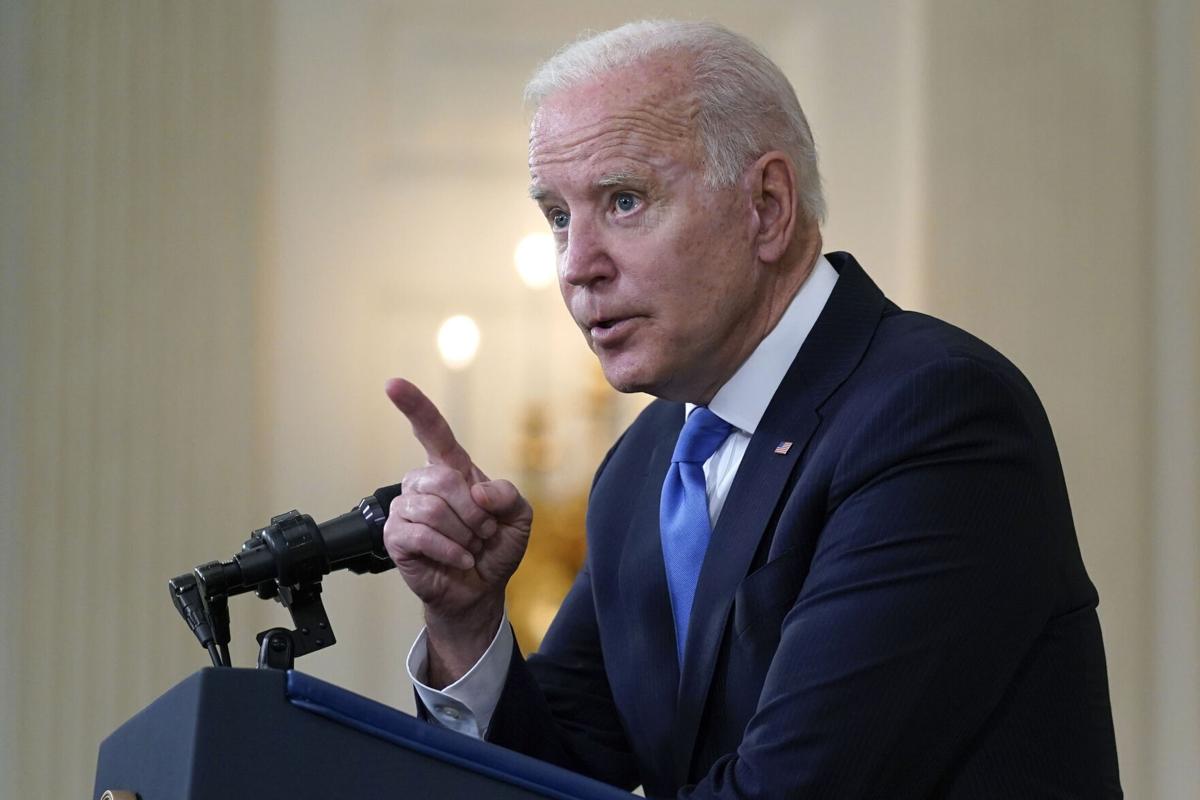 President Joe Biden gestures as he takes questions from reporters as he speaks about the American Rescue Plan on May 5 in the State Dining Room of the White House. 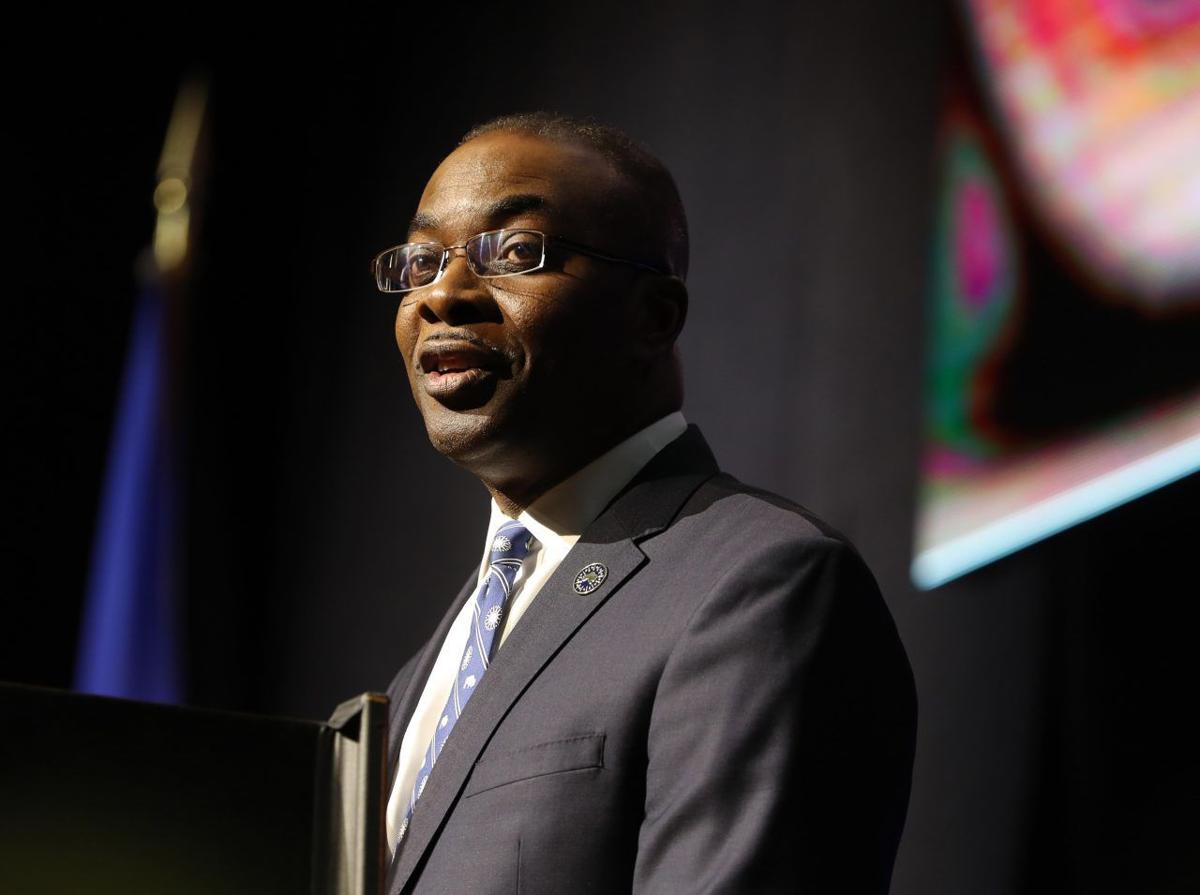 "Our plan is to totally transform Buffalo, embracing the success of this once-in-a-lifetime opportunity, by planning to make our city the kind of home we have consistently worked to achieve, but never before had the resources to complete," Mayor Byron Brown said. 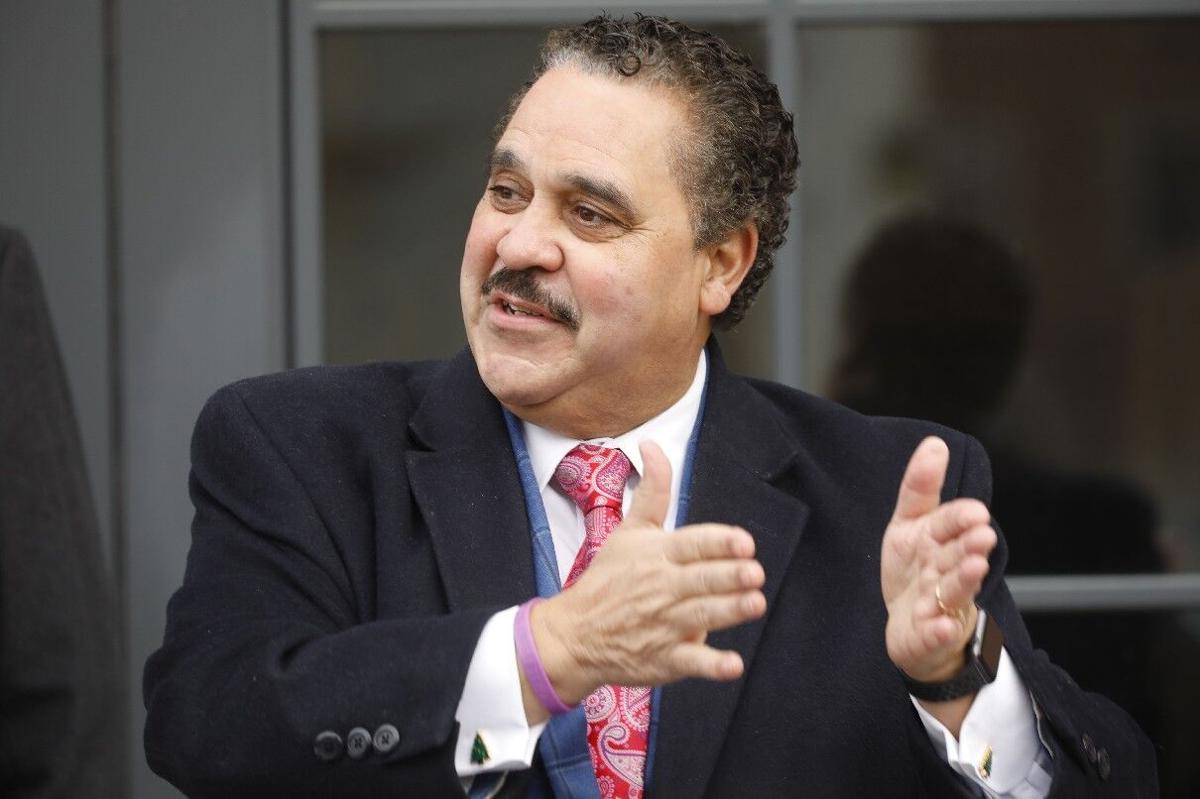 Buffalo Schools Superintendent Kriner Cash is just beginning to get public comments on how the money ought to be used.