The proposed Amazon megaproject on Grand Island came under withering criticism during Monday’s Town Board meeting from residents who fear a devastating effect on the town’s quality of life.

Speakers said the 3.8 million-square-foot facility is far too big for the island, would generate too much traffic, would harm the environment and isn’t worth the economic benefits touted by the developer.

They urged the Town Board to take more time to independently assess the project’s effects and to provide more opportunity for public input on the $300-million-plus warehouse.

Twenty-one people spoke, with 20 raising concerns about the project or the approval process and just one expressing support for Project Olive.

“Don’t turn our residential island into Amazon island,” Katherine Hastings said during the virtual meeting, which was held a few hours after dozens of project opponents protested outside Town Hall.

Later Monday, the Town Board voted to set an Aug. 13 public hearing on the Amazon project, scheduled for 7 p.m. at Town Hall, with socially distanced in-person attendance allowed.

This followed a Town Board work session during which Councilman Michael Madigan blasted Amazon developer Trammell Crow for failing, until recently, to reveal the name of the prospective warehouse tenant and for conducting behind-the-scenes meetings for months before making its interest in the site public in February.

"I would like an explanation for the lack of transparency because it does affect credibility and trust," Madigan said.

In response, Trammell Crow's representatives said they have shared extensive information in publicly available filings, Amazon's identity was revealed as soon as it was appropriate and any meetings that took place prior to February were part of the developer's due diligence on the project.

The national distribution center proposed for a 145-acre parcel just off I-190 in the northwest corner of the island would be one of the largest warehouses in the world.

The developer, Trammell Crow, said more than 300 construction workers would help build the facility and at least 1,000 full-time employees will work there after it opens.

The facility would have an annual payroll of nearly $31 million and the developer estimated it would generate $51 million in property tax revenue over its first 15 years.

County officials have been negotiating an incentive package but it's not yet known the value of the tax breaks Amazon and Trammell Crow could receive.

The developer wants the property rezoned to a planned development district to make it easier to proceed with elements of the project that don't conform to the current zoning on the site. This includes the 87-foot height of the five-story warehouse, a main point of concern for opponents, as well as the number of parking spaces and the height of light poles on the site.

The members of the public who spoke during the virtual Town Board meeting urged board members not to take the developer’s word for the project’s effect on traffic, air quality and other issues.

They also denounced a proposed $10 million payment for amenities as an attempt by Amazon to buy off town officials.

“It’s called an incentive – I would call it more a bribe,” said islander Brooks Rimes.

Several speakers said the project is a much better fit for a brownfield property in Lackawanna or elsewhere in Erie County and said the promised financial boon is a mirage.

“Amazon has a record of crushing small businesses,” said Maureen Phillips, co-founder of a coalition that opposes the project. “It’s predatory.”

During the work session, Trammell Crow’s lawyer, Kimberly Nason, of Phillips Lytle, said she wanted to clear up what she called misinformation circulating about the project and its effects.

Nason said the $10 million would help to pay for amenities such as a new community center and a multimodal path that would run through the project site, from Bedell to Long roads, and connect to the Grand Island Bike Trail.

She said the developer has altered its plans and will purchase a neighboring 62-acre parcel to serve as a buffer for the project site and it will install four megawatts worth of solar panels on the building roof.

"Change is hard. This is a change to your community," said Murray-Coleman.

Town Board members sought more information from consultants hired to review the developer’s data. The Town Board may hold more than one public hearing on the project, as requested by several of the public speakers Monday.

"We need to finish our homework before we make any determinations," Madigan said.

McMurray to Grand Island on Amazon: 'Please do not squander this chance'

The former Grand Island supervisor expresses his views in an open letter to town residents and officials.

Why is one Amazon project breezing along to completion while its twin – also promising more than $30 million in annual payroll and millions of dollars in extra tax revenue – ran aground?

"I do not want to see this project lost to another part of upstate or, for that matter, another part of the country," the county executive said in his first extended remarks on the project.

The center will create more than 600 full-time and part-time associate jobs paying at least $15 an hour, according to Amazon spokeswoman Emily

Grand Island residents speak out on megaproject believed to be Amazon

The massive e-commerce storage and distribution center proposed for Grand Island will either be a benefit to businesses and the town, or leave a permanent scar on the town, according to residents who spoke at a virtual public hearing Thursday. It was the first time residents had a chance to tell Town Board and Planning Board members in a

Ready or not, seismic change is coming to Grand 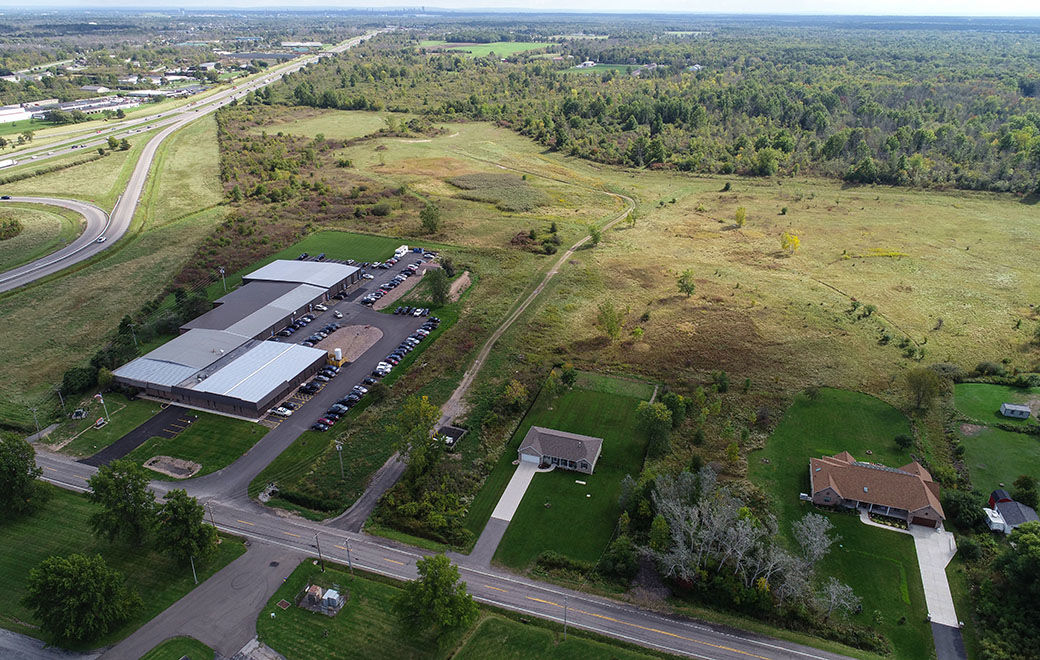 An drone view of the 3.8 million-square-foot facility at 2780 Long Road in Grand Island. 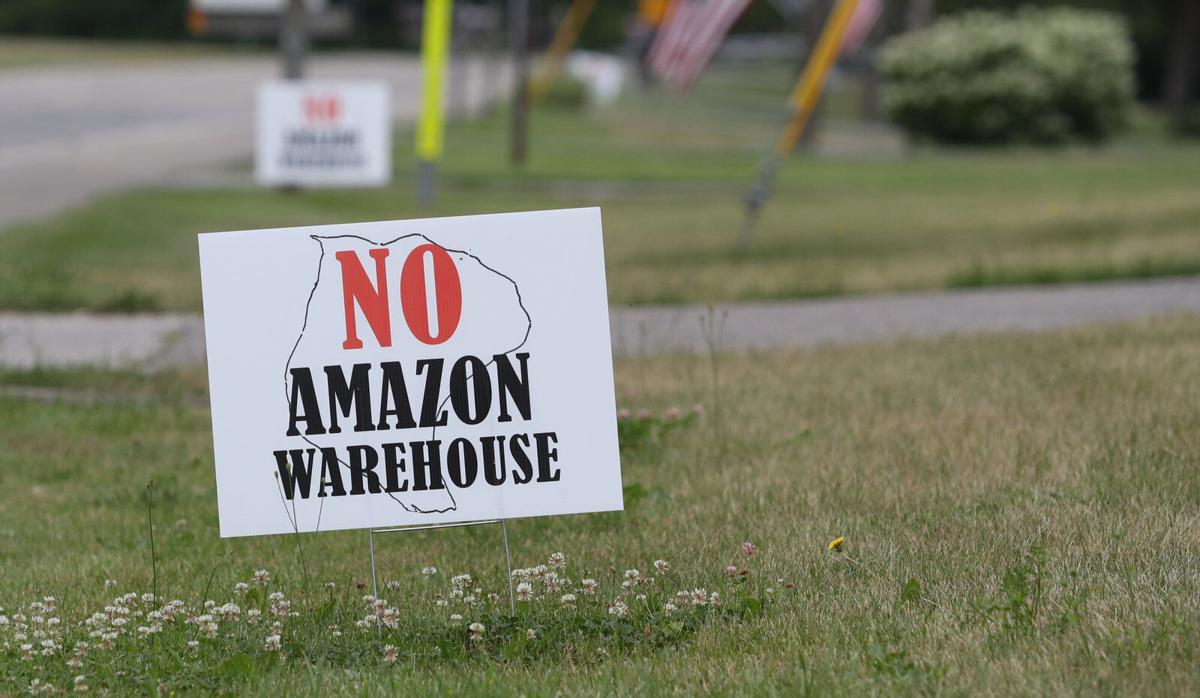 A few lawn signs have sprouted on Grand Island urging people to oppose the Project Olive development in the town, like this one on West River Road. 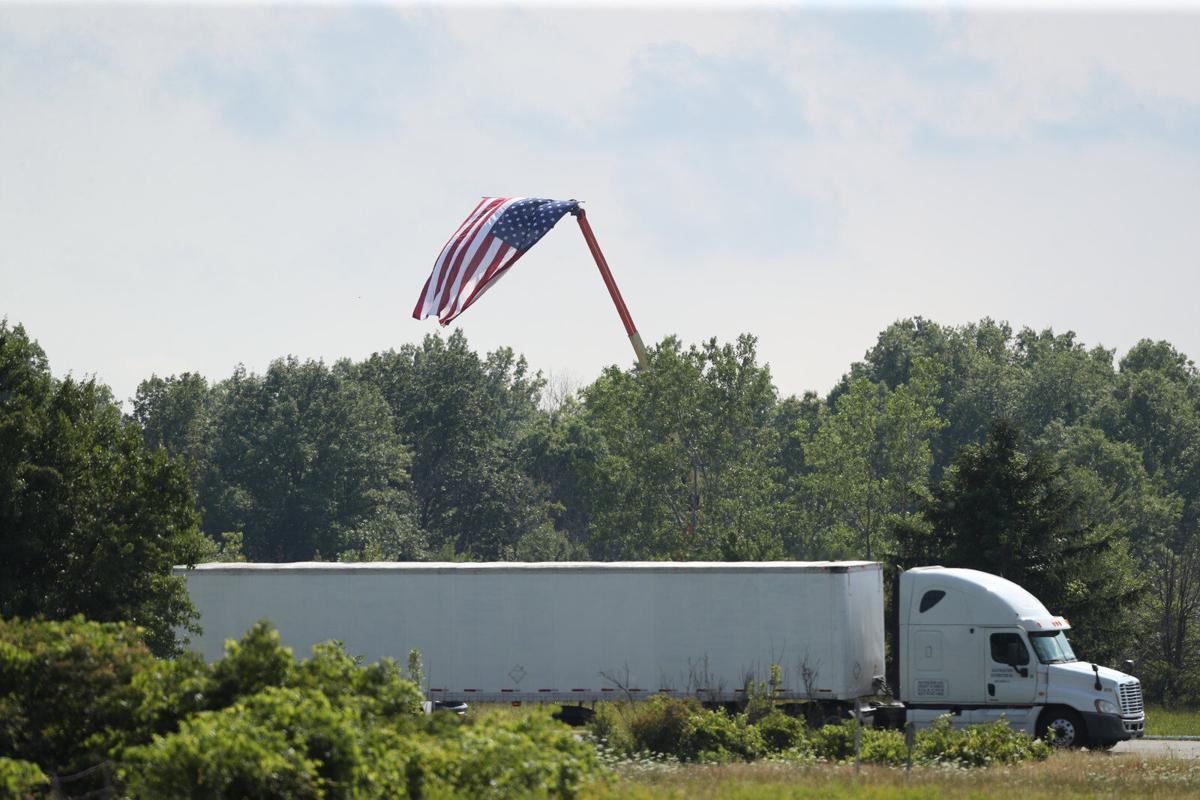