After 30 years of abandonment, grain elevator getting new life as offices
0 comments
Share this
Support this work for $1 a month
1 of 5

Architect Jerry Young walks through a conference space on the second floor of the malt house, where Wright + Young Architectural will be moving soon. (Sharon Cantillon/Buffalo News) 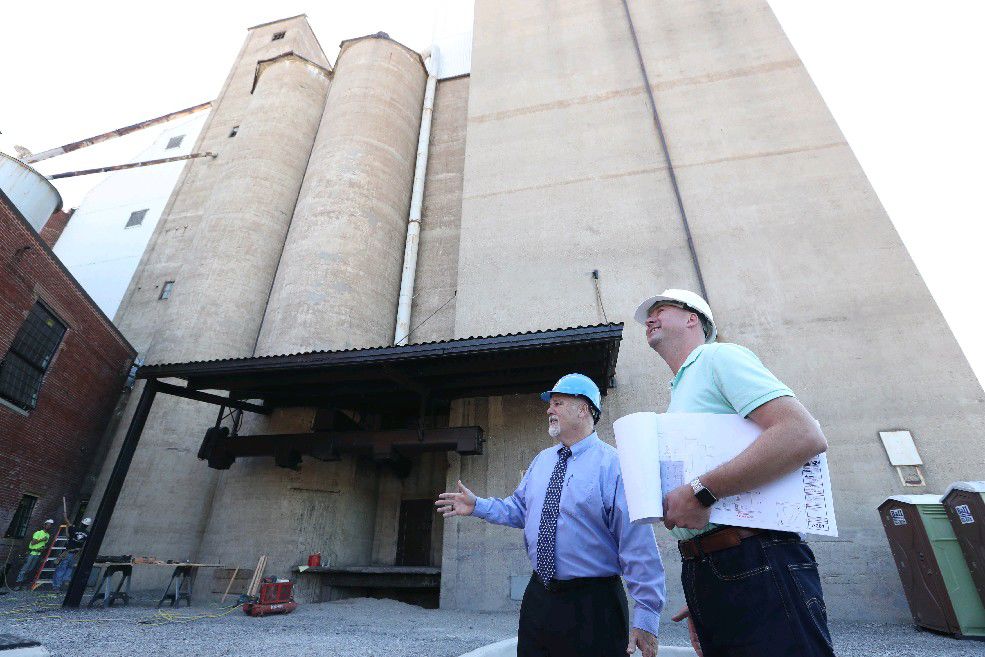 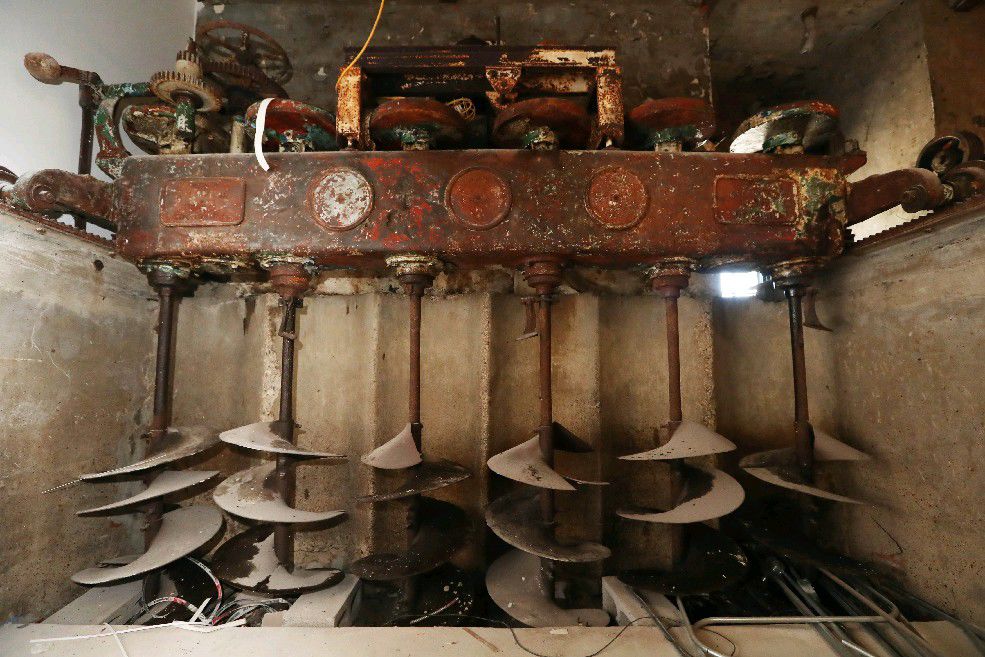 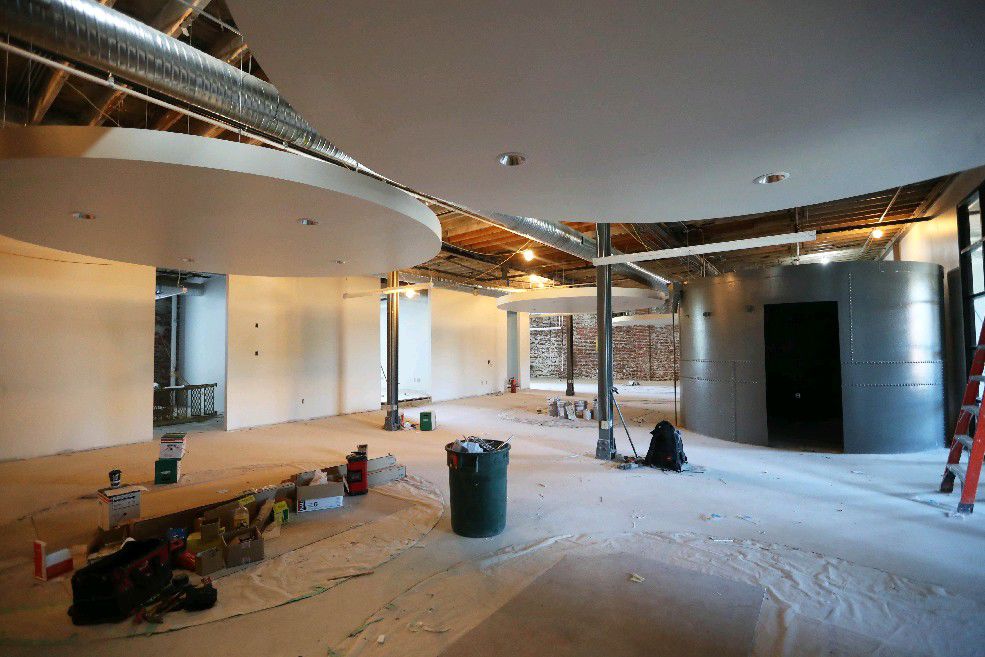 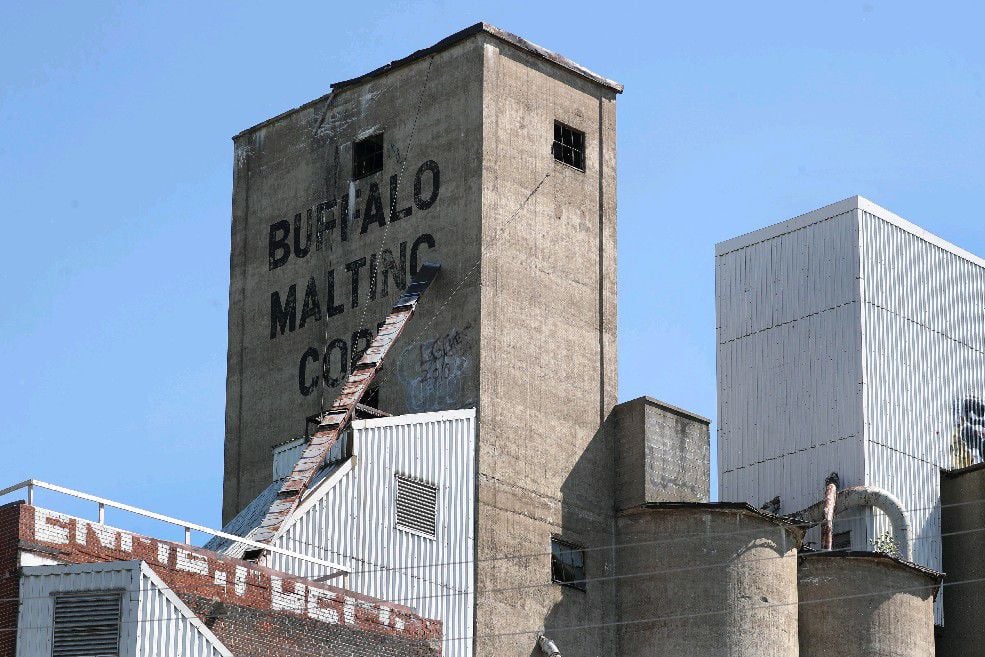 An archictectural firm is moving into a silo complex at 50 Elk St. (Sharon Cantillon/Buffalo News)

Jerry Young and Shawn Wright can be excused these days if they measure their excitement in bushels.

On or around July 1, the owners of Young + Wright Architectural will move their firm into an abandoned malt house and grain elevator complex last occupied by Buffalo Malting Corp. in 1986. The Valley neighborhood property will eventually offer residential and more office space as construction continues into the fall.

The architects, who have been careful to retain as much machinery and other artifacts as possible, plan to pay homage to the site's past by creating a malt museum.

"Bringing a grain elevator site back to usefulness is not done very much, and in Buffalo it's not done, with the exception of Buffalo RiverWorks using a portion of one," Young said.

"We're taking a site that was abandoned for 32 years, and bringing it back," he said of the property at 50 Elk St.

Judy Smyntek is pleased to see the change. She has lived across the street from the former Buffalo Malting Corp. for 15 years.

"It was an eyesore, and I'm really glad to see they're fixing it back up, including the other side where bricks were falling down," Smyntek said.

"The new project by South Park Avenue expands the story of Buffalo's grain elevators — already an amazing story of grain trans-shipment that has left us with a legacy of the largest collection of urban grain elevators in the world," Schneekloth said.

"But the story of grain is also the story of malting and beer," she said. "The renovation of this elevator and malt house is a gift to the city and our cultural narrative of grain, and will serve as a connection between Larkinville and the Buffalo River at the Valley community."

"As architects in Buffalo, preserving Buffalo and the beautiful buildings that are here is really what it's about."

Grain elevators are rarely converted for other purposes because of their expense and difficulty, and the project proved to be uniquely challenging, Wright said.

"It's probably been the most challenging project we've ever done, but also the most interesting because it is construction you don't normally experience, even doing what we do," Wright said.

Frank A. Dole's malting operation built a drying house at the site in 1894. Between 1925 and 1936, the malting house and grain elevators were added and the drying house modernized by William A. Kreiner & Sons malting company.

It was one of a number of malt houses in the early- to mid-20th century that provided raw material for the breweries to make their products.

The rise of national companies led to the closing of local and regional companies, including Kreiner & Sons in 1971. Buffalo Malting Corp. operated there between 1975 and 1986, before the malting facility was sold and later abandoned.

Over the years, vandals stripped the property of copper, motors and other things deemed to have resale value.

Charles F. Kreiner Jr., grandson of William Kreiner, remembered going with him and his father to the Elk Street facility. He would watch the operations and ride floor-to-floor by grabbing onto a continuously running conveyor belt that had a hand hold and foot step.

"Someone in the EPA would shut that down today in a heartbeat," Kreiner said with a laugh.

He is glad the home of the malting operation started by his grandfather will find new life.

"I'm ecstatic that it's being preserved, because it's the last vestige of a significant part of  Buffalo's history created through the German migration into Western New York," Kreiner said.

The idea to renovate the complex began with Wright, who drove past it every morning on his way to work.

The area had a pull for another reason: His father was born in a house five doors down, before the family moved farther into South Buffalo as a toddler.

"I've always loved the building and Jerry just found a way for us to buy it," Young said. "We're both crazy enough to like it."

The owners hope to rent the first floor for a restaurant, brewery or distillery. There is also room for additional office space.

The top three floors of the five-story drying house — where no floors previously existed — will be used for 1,500-square-foot apartments. Office space or apartments are anticipated on the lower two floors.

Apartments and the malt museum are planned for the main house.

The four round silos and five rectangular silos are mothballed for now.

The complex, on the National Register of Historic Places, is eligible for state and federal tax credits that will help with the cost of the project.

The project posed numerous challenges. Rebuilding the drying house, the oldest part of the complex, meant replacing the brick walls brick-by-brick on two facades along with other structural repairs.

"There are days when I come over here and I'm very excited, and other days where I walk out of here and go, 'What the hell were we thinking?' " Young said.

The expected malt museum will explain how the days-long malting process worked and display artifacts. Among them are conveyor belts that were used to dip down into a train car outside, scoop up grain and drop the bushels into 10-story silos.

Some equipment used in the malting process are still found, undisturbed, such as four of six augurs on the malt house's first floor. One of six tanks used for adding water to barley prior to the germination process remains on the malt house's second floor. Ceiling clouds mark the spots where the others once were. Other equipment is being reinstalled throughout the site.

Artwork created by local muralist Chuck Tingley on a wall when the building was empty and abandoned has been preserved, Young said.

"It really is a unique project," said Mike Puma, a partner at Preservation Studios. "It's a testament to the firm's creativity that they came up with a plan that not only works to bring new life into a structure like this, but was also done in such a sensitive manner to comply with the necessary standards for tax credits."

Julian Adams, who directs the Bureau of Community Preservation Services for the Office of State Parks, Recreation and Historic Preservation, called it a model project.

"Malt buildings are notoriously difficult to reuse," Adams said. "A lot of these malt buildings are a machine wrapped in brick. They are tricky buildings to put people into. They don't have windows, there are low ceilings, and all this interesting equipment in there."

"I think it is a good model for other buildings going forward. I would love to use this one as a training case for others," Adams said.

Young + Wright Architectural will move from its current home, a restored building in the Larkin District.

The firm started in the Larkin Building in 2003 with three employees and now employs 65, with offices in Rochester and Syracuse.

Their primary clients are schools, but the firm has some historic preservation design work in its portfolio, including the Hotel Curtiss and Hotel Niagara.

The firm won't move far, since the Buffalo Malting Corp. site is less than a half-mile away.

Architect Jerry Young walks through a conference space on the second floor of the malt house, where Wright + Young Architectural will be moving soon. (Sharon Cantillon/Buffalo News)

An archictectural firm is moving into a silo complex at 50 Elk St. (Sharon Cantillon/Buffalo News)