See where and how fast virus cases are rising in our state and nation, in 8 maps and charts

African-American veterans monument in Buffalo will be first in U.S.
0 comments
Share this
1 of 2 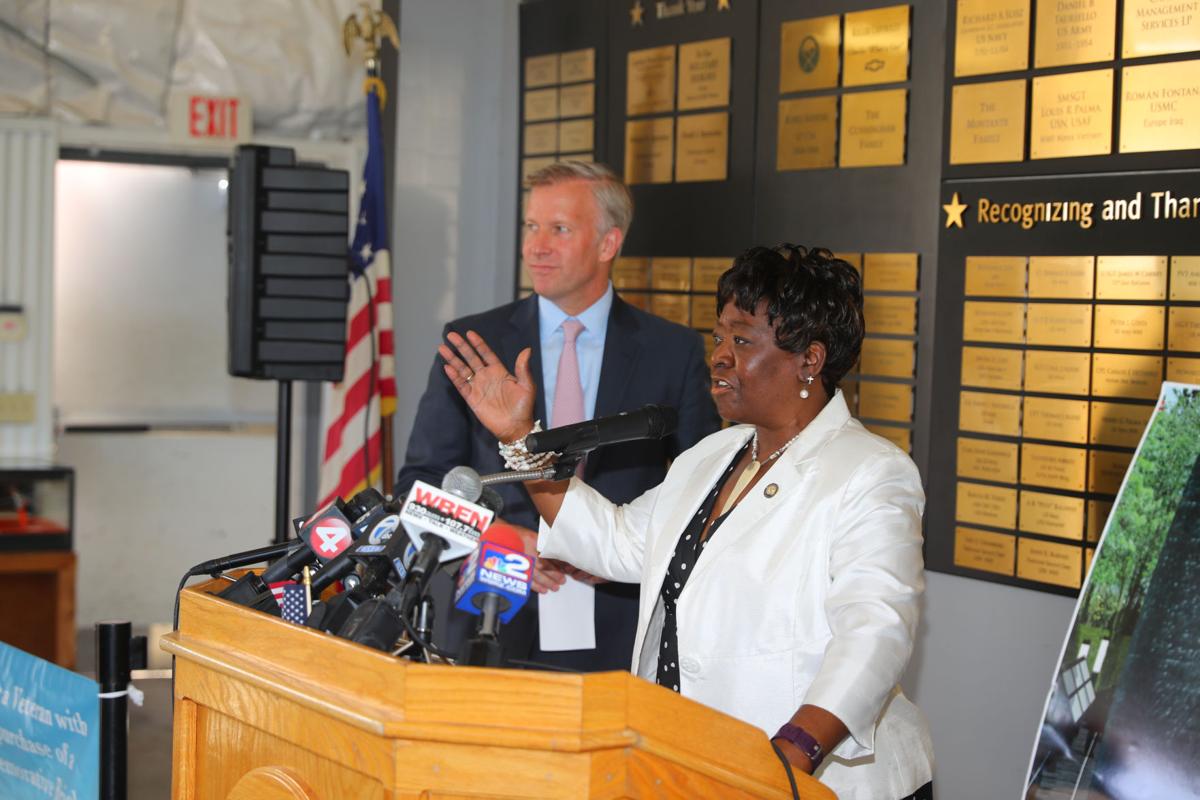 Assemblywoman Crystal Peoples-Stokes and state Sen. Chris Jacobs announce on Tuesday, July 3, 2018, that the state will provide $800,000 for the proposed African-American veterans monument at the Buffalo and Erie County Naval and Military Park. (John Hickey/Buffalo News) 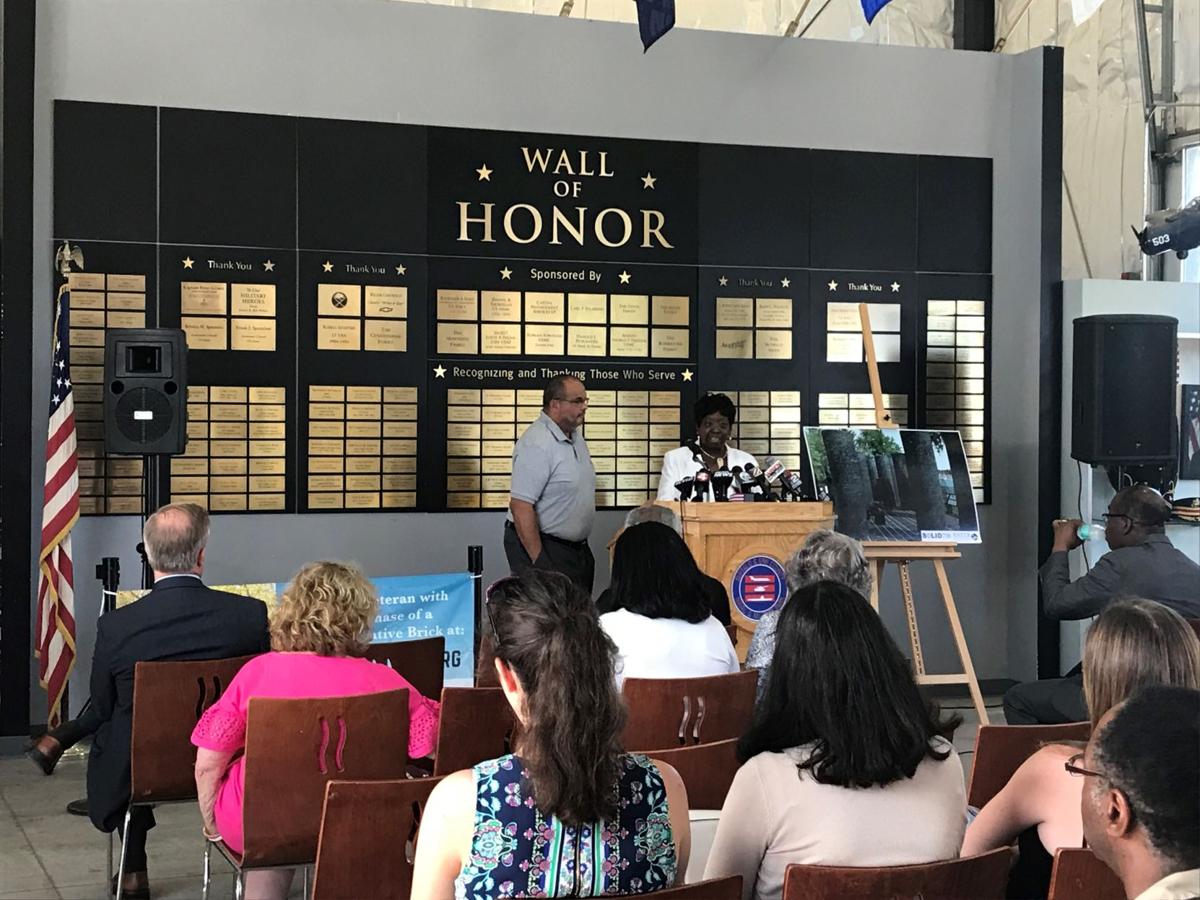 Buffalo is expected to receive national attention soon, for the construction of a monument that will be the first of its kind in the country.

Karen Stanley Fleming, the board chair of the Michigan Street African American Corridor, says that this monument will be "an incredible addition to Buffalo's interpretation of African-American history."

State officials announced this morning at the Buffalo and Erie County Naval & Military Park that the state will provide $800,000 toward the construction of the African-American veterans monument there. The monument will be the first and only in the U.S., to honor black soldiers that fought in every American war to date.

"The purpose here is just to honor veterans," Peoples-Stokes said.

The monument will be an interactive, timeline walk of every American conflict in which black soldiers fought, between the Revolutionary War and the War in Afghanistan. Visitors will be able to observe the 12 10-foot tall and 3-feet wide pillars that represent each conflict, along with educational kiosks that will detail African-American involvement in each war.

Historian Madeline Scott said that the idea for creating the monument started when she and the Erie County Chapter of The Links Inc. began collecting names of deceased and living African-American veterans in 2016.

"The purpose [of the monument] is to recognize the hardships [black people] went through from the beginning," said Scott, "because history doesn't tell you about that until 1863."

The project has an anticipated budget of $1.4 million, which includes upkeep and management costs, according to monument committee chairman Warren Galloway. The committee hopes to implement technology within the monument that will work through a smartphone app, to allow visitors to explore the monument all while having the information at their fingertips. To raise additional money, the committee is selling commemorative bricks that will be laid on the ground surface of the monument.

"With these bricks," said Galloway, "you can walk and see the impact African-Americans have had in this whole area."

Galloway says that the Buffalo monument committee has been working with Rep. Brian Higgins, D-Buffalo, and a host of U.S. senators to get the future monument nationally recognized. He says that although the monument is meant to honor veterans, it can be used as a teaching tool, which he believes will increase the chances of it becoming a national landmark.

"We're honoring our veterans but this is also educational," said Galloway, "so we want to attract educational money."

Organizers announced they expect to break ground on Veterans Day and have the ribbon-cutting some time around the Fourth of July in 2019.

The unveiling of the monument is expected to gain national attention and serve as what Fleming says is "a good starting place to learn about African-American history."

Assemblywoman Crystal Peoples-Stokes and state Sen. Chris Jacobs announce on Tuesday, July 3, 2018, that the state will provide $800,000 for the proposed African-American veterans monument at the Buffalo and Erie County Naval and Military Park. (John Hickey/Buffalo News)