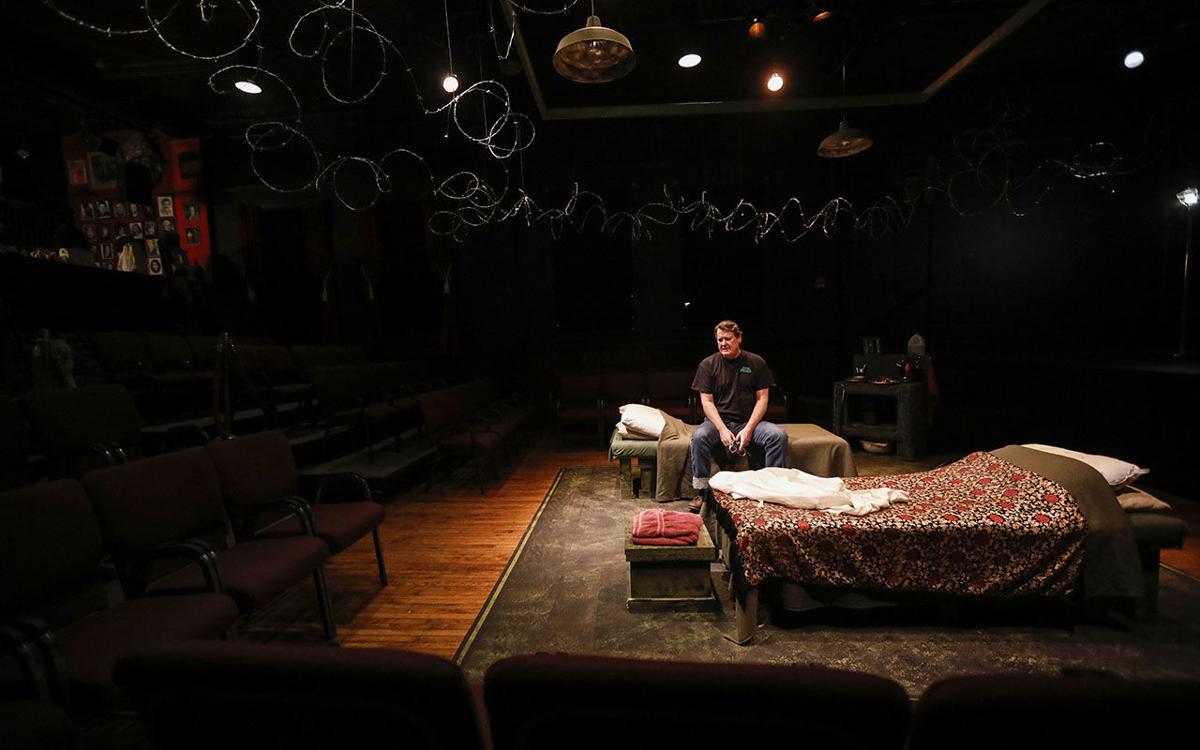 New Phoenix Theatre on the Park Executive Director Richard Lambert sits on the set of "Kiss of the Spider Woman," which remains exactly like it was when the theater abruptly closed after only two performances as the Covid-19 pandemic arrived. (Derek Gee/Buffalo News) 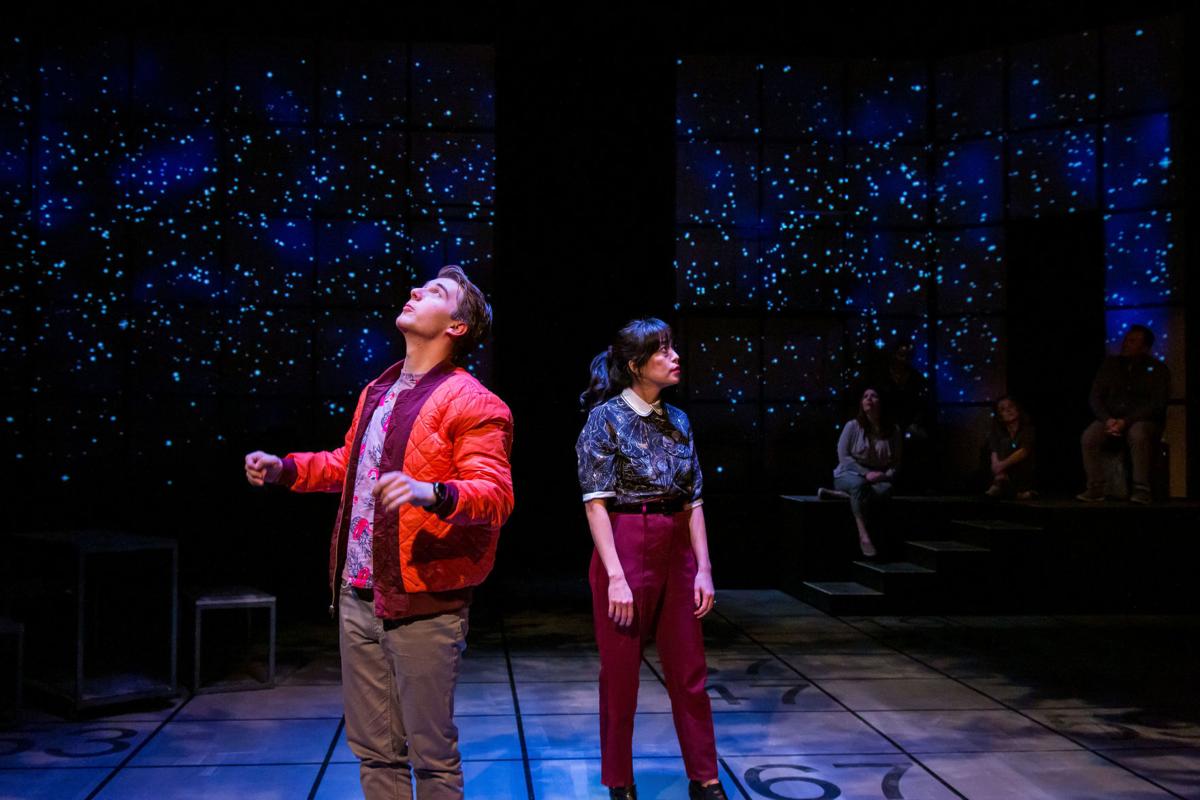 "The Curious Incident of the Dog in the Night-Time" from All For One Productions has been rescheduled for February 2021 in Shea's 710 Theatre. 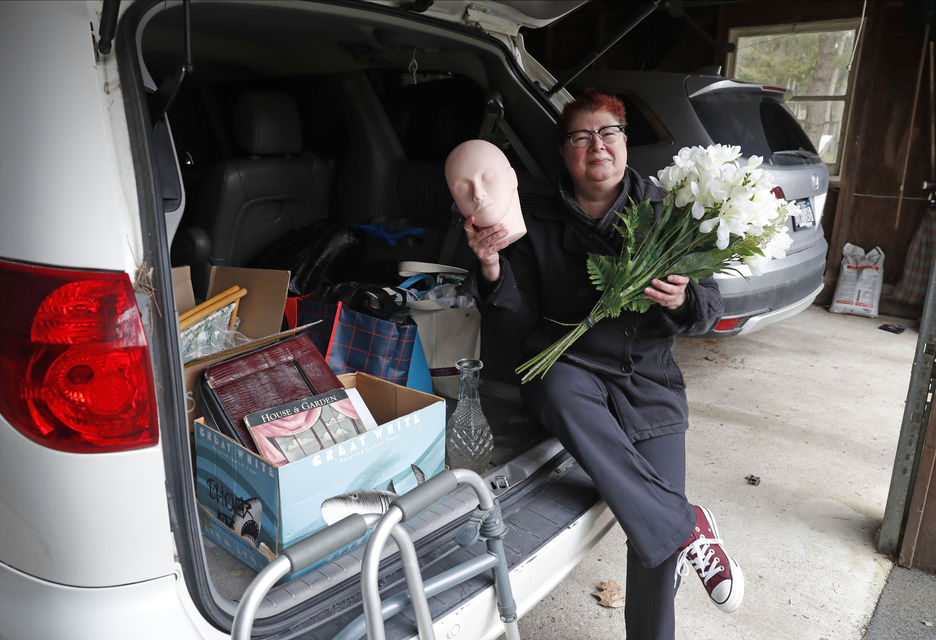 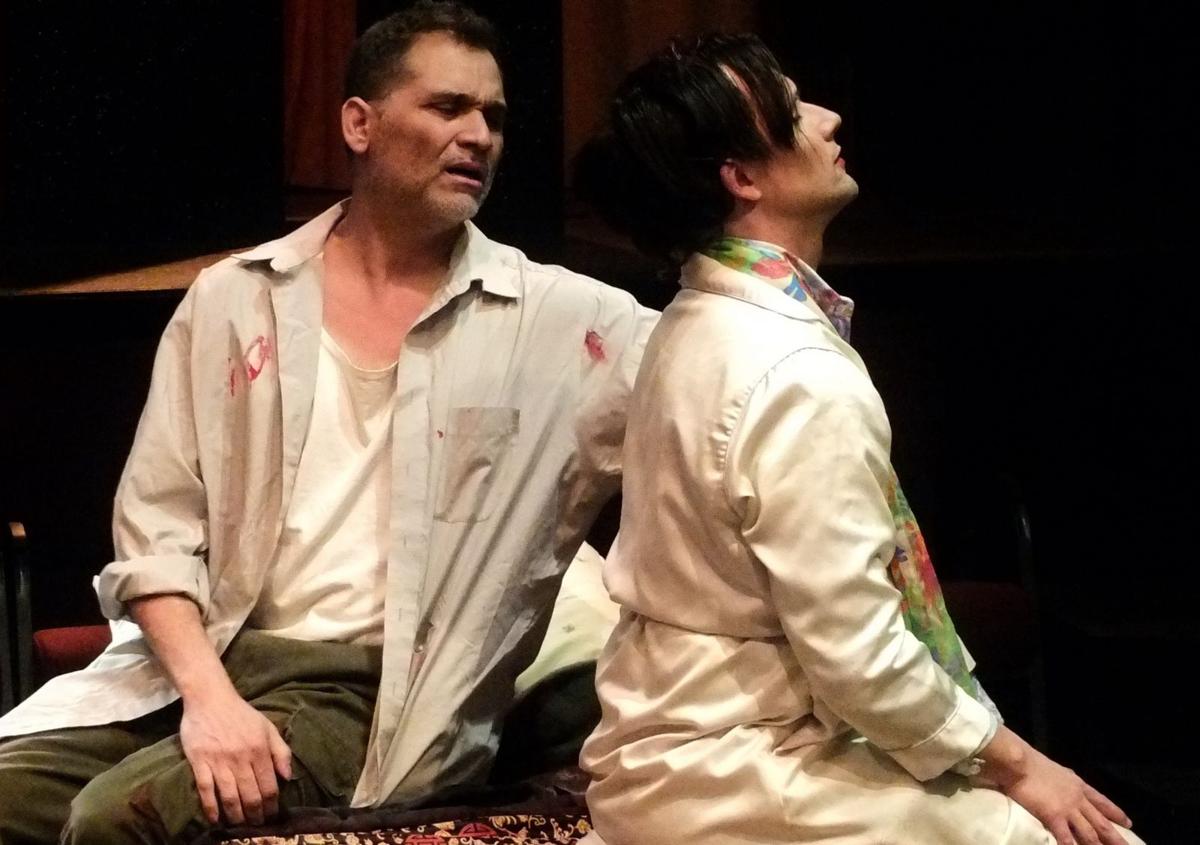 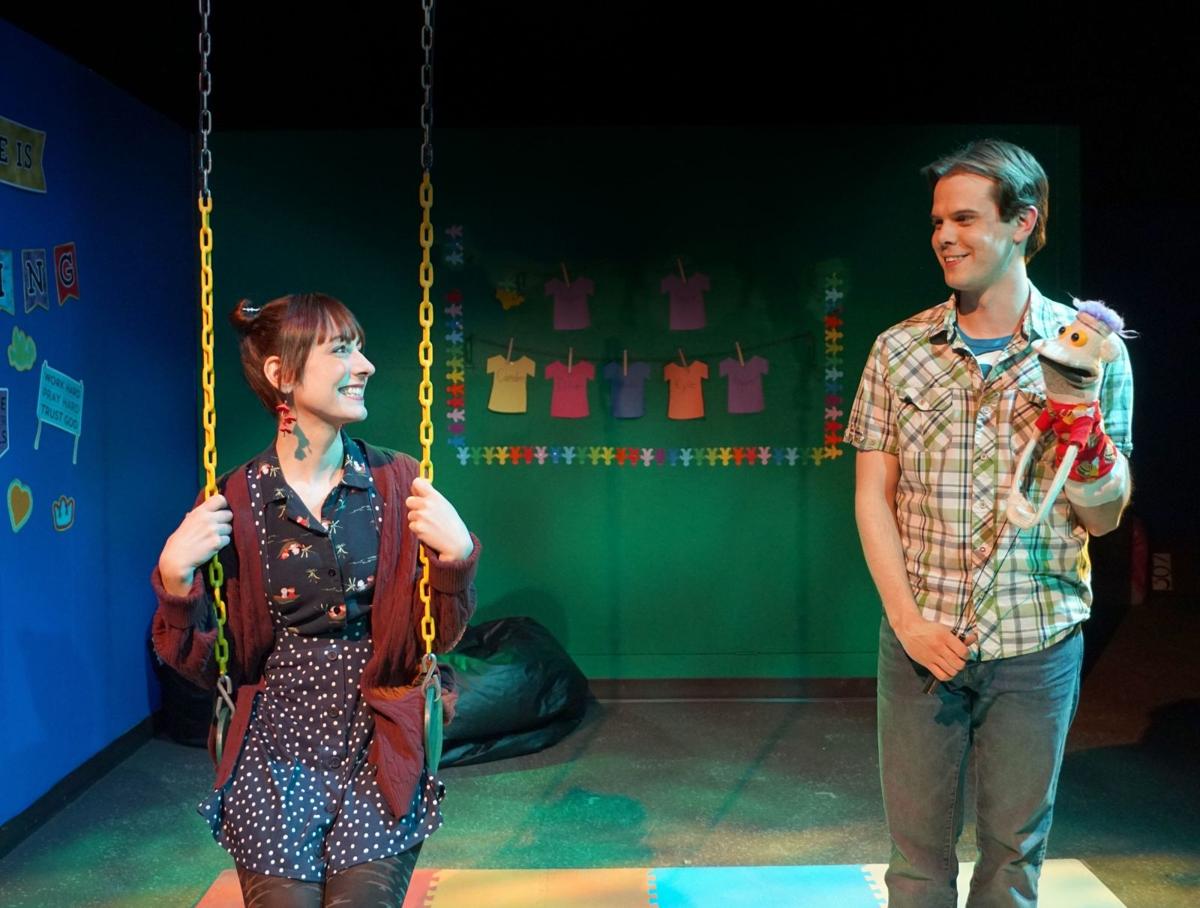 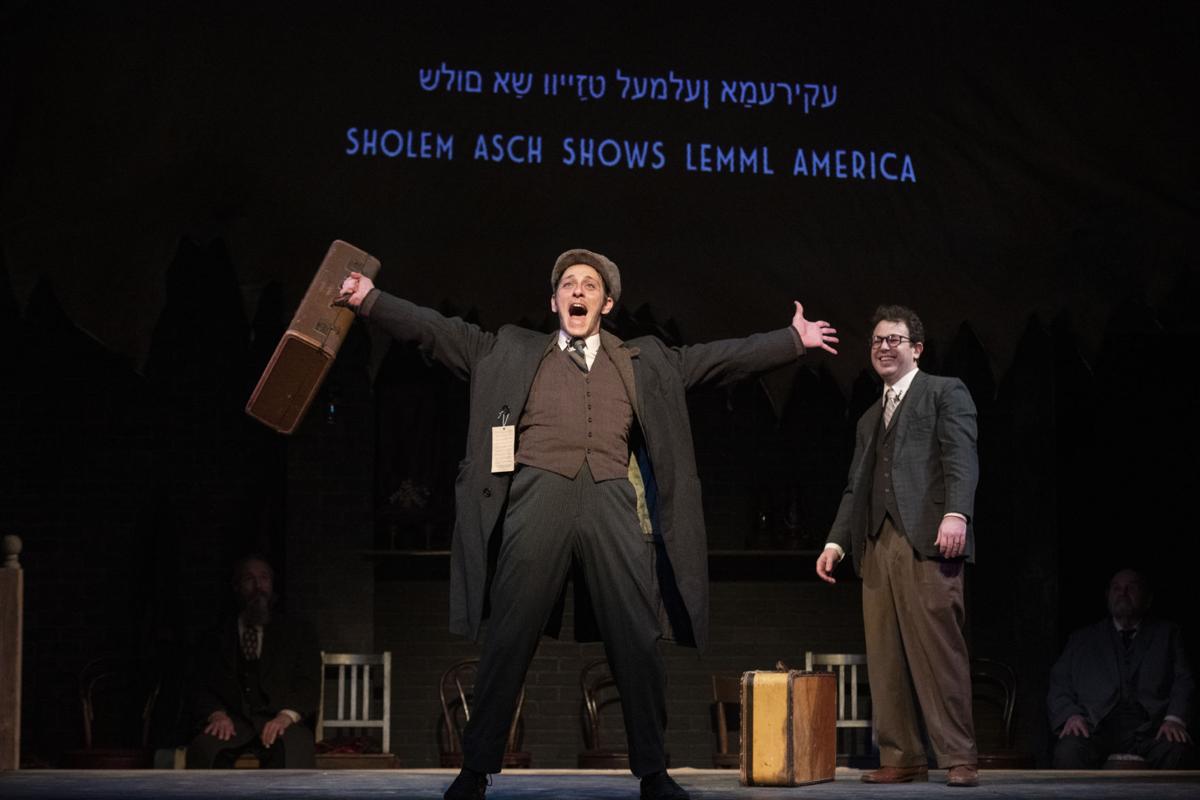 For 25 years, the New Phoenix Theatre on the Park has felt like home for Executive Director Richard Lambert who even lived on its third floor without heat or hot water for a time after buying and renovating the building at 95 Johnson Park in 1998.

But today, Lambert finds it “eerie” inside the theater where props and costumes sit where they were abruptly left in March after “Kiss of the Spider Woman” was stopped hours before its third performance in the wake of the Covid-19 pandemic.

“It's like a museum piece,” Lambert said. “It’s spooky. Our props are in place, costumes are laid out. It’s like a ‘Twilight Zone’ episode. It’s eerily ready to go as if someone yelled ‘places.’ We could open a new performance with two hours’ notice.”

It's the same script on different stages across Buffalo where at least 40 productions have been affected by the pandemic and more changes are being announced. Shakespeare in Delaware Park recently canceled its first production, “As You like It,” set to open June 18. The Shaw and Stratford festivals in Canada, popular with Buffalo theater fans, have delayed or put performances on hold.

“I thought let’s just cancel for this weekend, but in the back of my head I knew that if we were gonna call it, that’s it for the entire run,” Lambert said. “It broke my heart. But common sense called it.”

[Read: A four-star review of "Kiss of the Spider Woman" at New Phoenix Theatre]

Most of the canceled plays never opened, including Alleyway Theatre's "Golden Girls: Lost Episodes Volume 2," which was called off four hours before its March 12 opening.

“All that week my heart was pounding. What should we do?" Alleyway Theatre's associate artistic director Chris Handley recalled. "We had four weeks of rehearsals, four weeks of everybody’s time. Every seat was sold out for the full run.”

March was a busy time with at least 15 plays scheduled. Prop master and set dresser Diane Almeter Jones was juggling work in five productions at the time: two opened the previous week (“Indecent” at the Kavinoky Theatre and “Hand to God” at Road Less Traveled), one was a week from opening ("Three Tall Women” at Second Generation Theatre) and two were in the planning stages ("Mystery of Irma Vep: A Penny Dreadful” at Kavinoky and “Curious Case of the Watson Intelligence” at Road Less Traveled). Then everything stopped.

After a rehearsal for “Three Tall Women,” Almeter Jones made plans to transport the props the next day to Shea’s Smith Theatre. By the next morning, the show was off. Although she picked up the props, they remain with her.

“I loaded them up from the rehearsal space and I haven’t been back since. They are in my van, organized and ready to be returned,’ ” said Almeter Jones, who was working seven days a week for a couple of months preparing for the productions.

The cancellation of shows so early in their runs can have devastating effects, especially those on the verge of opening like “The Dance on Widow’s Row” at Paul Robeson, “Three Tall Women” at Second Generation and “The Curious Incident of the Dog in the Night-Time” at Shea's 710 from the theater collective All for One Productions. Preparations begin a year, sometimes two in advance. In an eight-week show, the first four weeks are the most expensive since they include rehearsals, marketing and work by a large creative team.

“It is really cataclysmic when a show gets to that point and has spent nearly 70% of its budget without opening,” said Randall Kramer, artistic and executive director of MusicalFare, which collaborated on "The Curious Incident" with Irish Classical Theatre Company, Road Less Traveled Productions, Theatre of Youth and Shea’s Performing Arts Center.

“At MusicalFare, we were fortunate. We had not gone into rehearsal yet for ‘Gentleman’s Guide to Love & Murder’ or ‘Bright Star,’ so we didn’t incur those costs before they canceled. It’s still a very, very difficult time. It has a huge impact on your bottom line.”

For those who own their building, the impact is even greater since bills like heat, garbage and insurance still need to be paid despite the lack of income. Road Less Traveled paid off its new Main Street theater just in time for it to be shut down in the pandemic.

“We have a new theater and now it just sits there until we are allowed to open,” said Scott Behrend, RLTP executive and artistic director. “We had to stop right in the middle of ‘Hand to God,’ which is sad. It was doing really well and got great reviews.”

Some help is coming from patrons who have donated their unused ticket costs back to theaters or exchanged them for future performances so the theaters did not have to refund cash they don't have.

“A lot of our patrons have been great. Most people have been giving credit toward next season or saying the ticket could be a donation. That’s really lovely,” said Kavinoky’s Executive Artistic Director Loraine O’Donnell, who acknowledged the continuing difficulty of the situation.

“The midsize and large theaters are laying off most staff, returning tickets, calculating what the losses are, and if they can afford to come back the next season for even a partial season. They are trying to ‘fortunetell’ as to how much money patrons will now have to spend on tickets in the future," O'Donnell said.

Behrend also is worried about how patrons will feel returning to a theater. "If people are still thinking they are unsafe, it could be months before they buy tickets again, let alone can afford to buy tickets.”

Paulette D. Harris, artistic director for Paul Robeson Theatre, said she's concerned about what "the new normal will look like for arts and culture."

"I almost want to believe that the old-fashioned theater schedule as we once knew (September through May) will look very different. I think it will be more 'catch as catch can' and 'get in when you can fit in,' " Harris said.

While the future is clearly a guessing game – starting with when the 2020-21 season will start, if at all – the companies have created innovative ways to entertain people and even make money.

RLTP's first play, Jon Elston’s “Project” in 2003, is now available to rent on Vimeo. “A lot of current fans probably didn’t see it. We have a very good archive copy, multiple camera shoot. We decided we would try this,” Behrend said.

Alleyway Theatre is presenting "Buffalo Quickies" as a live online series of the six one-act plays streaming for free at 11 a.m. Sundays via YouTube.

MusicalFare livestreamed a performance by husband-and-wife duo Randall Kramer and Theresa Quinn of "A Guy, A Girl & A Piano" in conjunction with the Amherst Chamber of Commerce and other businesses that also promoted buying takeout and celebrating the night in style and is considering similar future events.

The Kavinoky is part of a D’Youville College “Buffalearn” YouTube video series, similar to a master class, that includes a segment on anatomy of a theater production.

If things change over the summer, RLTP is ready to bring back "Hand to God," Behrend said. "It’s literally just sitting there ready to go. We can get the cast back together, rehearse and do it for two to three weeks. Or it could be the first show of the new season."

Among plays we may see in the 2020-21 season are “Lucky Stiff” from O’Connell & Company and RLTP’s “Curious Case of the Watson Intelligence.” And Paul Robeson is eager to finally get "The Dance on Widow's Row" on stage.

"We have the set ready to go, cast eagerly awaiting word to get busy," said Harris. "Like everyone else, [we're] just waiting for a 'safe period' to get things going again. By the time everything reopens, people will need a good laugh."

"The recessed doorways have attracted the bladders of the homeless, the intoxicated and the simply irreverent," said Alleyway Theatre's founder.

"When our patrons walk in here, they will be walking into this beautiful, glamorous space that they deserved, because they have hung with us," said Loraine O'Donnell, Kavinoky's executive artistic director.

New Phoenix Theatre on the Park Executive Director Richard Lambert sits on the set of "Kiss of the Spider Woman," which remains exactly like it was when the theater abruptly closed after only two performances as the Covid-19 pandemic arrived. (Derek Gee/Buffalo News)

"The Curious Incident of the Dog in the Night-Time" from All For One Productions has been rescheduled for February 2021 in Shea's 710 Theatre.