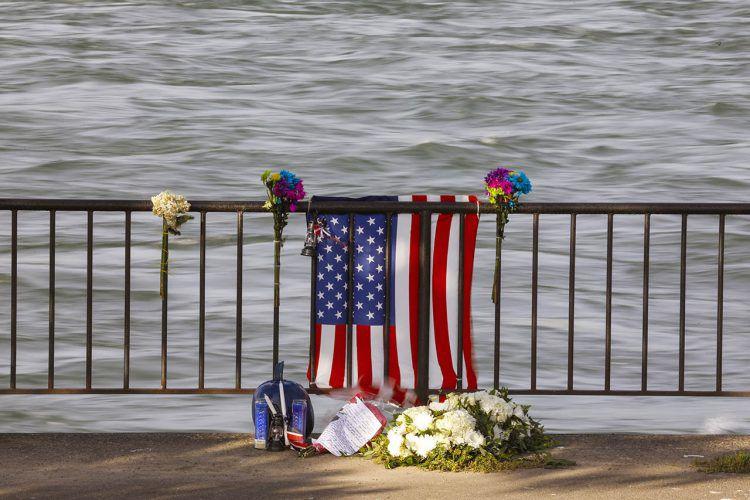 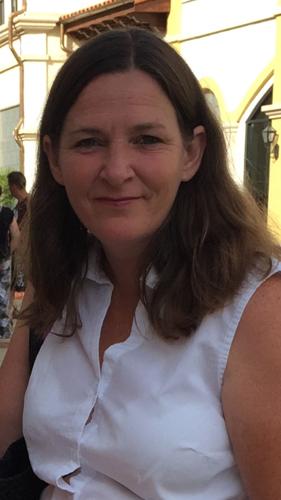 Support this work for $1 a month
By Lou Michel

Hours after police recovered Officer Craig Lehner's body from the Niagara River on Tuesday, Buffalo police dispatchers were given the order to call for him one last time.

It's known as the end of watch call.

Three dispatchers were on duty, all of them distraught.

Susan Forero composed herself to make the call, knowing she would get no response.

Then eight seconds of silence followed.

That was the final radio transmission for the 34-year-old Lehner.

The broadcast of that last call has circulated widely in the past couple of days, and thousands have heard it.

"I broke at the end," Forero said Thursday.

She understands police work not only from her 11 years as a dispatcher but also from her husband, Martin, who served on the city police force for 25 years before retiring a few years ago.

She and another dispatcher handled the initial calls for assistance Friday when members of the underwater recovery team began calling shortly before 1 p.m. at the Bird Island Pier.

There was no time for emotion during those frantic moments.

"We had to work fast and get as many agencies involved as we could. The Coast Guard, Air One from the Erie County Sheriff's Office and Buffalo Fire," she said.

But after her shift ended and she returned home at 11 p.m. Friday, she shared what happened with her husband as he held her hand. She then broke down and cried.

He told her things would be OK. Yet the retired police accident investigator knew that was not entirely true. The long search would exact more emotional stress for everyone in the Buffalo Police Department.

"All police officers, dispatchers, police garage mechanics, the cleaners at police headquarters, we are all part of the same family and support network," said Martin Forero, who was grateful to be there for his wife.

The Foreros spoke reluctantly to The Buffalo News, not wanting to insert themselves into news coverage that now shifts to a police funeral. More than 5,000 mourners are expected at Wednesday's services in the KeyBank Center.

Officer Lehner's funeral at KeyBank Center will be open to public

Susan Forero called Tuesday's radio call one of the hardest she has had to make, but also one that held great honor.

"I only knew Craig to talk to him on the radio. I know a lot of officers through the radio. I never actually get to meet them, but in a sense I feel a connection. We talk to these officers every single day," she said.

Her husband knew Lehner, who joined the force in 2008.

"I remember when he first got on the job. I was working at the Traffic Violation Bureau, and it is one of the first stops for rookies," Martin Forero said. "They learn how to testify there because it is easygoing and less formal than a courtroom and if they have any fear of speaking in public, they overcome it.

"I clearly remember that Craig did not have any such fear," he said. "He was fearless. He spoke and could make his case. I was literally amazed at how well he understood the process. Very few rookies can take the stand with such confidence.

"He was in his mid-20s and you could see that he was just beaming with joy. You knew he wanted to be a cop," he said.

Still in touch with officers on the job, Martin Forero said that they now are paying Lehner the greatest tribute they can by remembering him and "doing the best job possible they can to honor him, just like he would have done."

As for Susan Forero, there was little time to grieve after her "end of watch" call for Lehner.

Somebody in the city was shooting a gun. She dispatched officers to the call.

The fight goes on: Man wins another court decision in battle with Orchard Park over a Tim Hortons

Ray Miranda filed a site plan in 2013 for a single-story retail building for a Tim Hortons restaurant with a drive-thru window on nearly an acre of land at the corner of Chestnut Ridge (Route 277) and Armor Duells roads.

Bicyclist killed, two others injured after car strikes them near casino in Buffalo

A bicyclist was killed and two others were seriously injured when a driver of a car crashed into them as they were biking on South Park Avenue near the Seneca Buffalo Creek Casino Friday night, police said.

Is the stately, century-old mansion in Eggertsville owned by Scott and Lisa Friedman historically significant? The Amherst Historic Preservation Commission thought it was, a finding that for two months blocked the Friedmans from tearing down a dilapidated garage on the LeBrun Road property and building a replacement as part of an addition.

The money includes $36.5 million for housing and social services. She said more than 1,000 homeowners struggling to keep their houses in good shape will receive about $10,000 each in grants to fix their homes.

Two former Williamsville mayors scored landslide victories Tuesday to claim seats on the Village Board in a special election that was seen as a referendum on the controversial policies and statements of Mayor Deb Rogers.

Woman with four children in her vehicle charged under Leandra's Law

A Jamestown woman with four children in her vehicle was charged Sunday under Leandra’s Law with driving while her ability was impaired by drugs, State Police in Jamestown reported.

Man missing in Town of Boston found dead in his vehicle

The body of a man reported missing last week has been found in his vehicle off Shero Road in the Town of Boston, Erie County Sheriff John C. Garcia reported.

The 716 area code, popularized in recent years as an emblem of regional solidarity, is running out of numbers and unlikely to be issued to new phone users two years from now.

Ruweyda Salim filed the complaint on June 9, nearly two years after the incident in which she claimed Buffalo police officers harassed and intimidated her while she recorded them. Salim also named Lt. Michael DeLong and the Buffalo Police Department in the lawsuit.