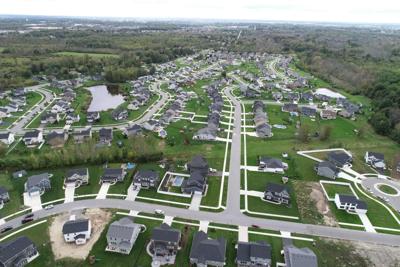 The U.S. Census Bureau chronically underestimated Erie County’s population between 2010 and 2020, a Buffalo News analysis shows, a miscalculation that appears to have cost the county millions in federal stimulus funds.

But for years, a lesser-known census initiative that affects funding and eligibility for dozens of state and federal programs missed 36,000 Erie County residents.

Some discrepancies in these figures are inevitable and expected, current and former Census Bureau officials told The News. Despite rigorous efforts to track fast-moving variables such as births, deaths and relocations, the bureau unavoidably misses some people – recent immigrants, in particular.

But the 3.8% discrepancy in Erie County and the 4.2% gap across New York State fall outside what four demographers described as the range of expected accuracy for population estimates.

Erie County alone would have received more than $4 million in additional federal stimulus funding if its estimated population hewed closer to the actual census count, according to a Buffalo News analysis reviewed by staff at Federal Funds Information for States, a nonprofit organization that conducts federal budget analyses for state governments.

“There’s always uncertainty, like a weather forecast,” said Jan Vink, an extension associate with the Program on Applied Demographics at Cornell University and New York’s representative to a Census Bureau task force on population projections. “But this surprise was pretty big. It was too big.”

The Census Bureau’s annual population estimates attract far less public attention than the decennial census, though they also steer billions of dollars of federal spending each year. Starting with figures from the last decennial census – considered the gold standard and ground truth for all other counts – the population estimates add births, subtract deaths and model in- and out-of-town moves to calculate more current, but less precise, numbers.

But since 2010, the population estimates missed far more people in New York. In Erie County, they fell short by 36,000 people, or 3.8% of the total population – the 10th-highest underestimate among large counties nationwide, according to a News analysis. Annual figures also skewed low outside of New York City and in the Hudson Valley, and missed 818,000 people across the state.

“The difference is substantial in a whole bunch of places,” said Joseph Salvo, the former chief demographer for the New York City Planning Department. “I would look at the population estimates as being problematic.”

No clear threshold exists for defining “problematic,” however. An analyst in the Census Bureau’s population division said that only a gap approaching 5% would “raise red flags.” Two former Census employees characterized the underestimate as both “expected” and “significant.”

In either case, it appears to have cost Erie County more than $4 million in federal stimulus funding under the 2020 CARES Act and likely suppressed aid under the 2021 American Rescue Plan, as well. The Covid-19 relief packages divided a combined total of more than $200 billion to county governments, according to their 2019 share of the national or state population.

The Buffalo News calculated these losses by reconstructing the formula used to allocate funds under the CARES Act and comparing the actual amounts Erie County received with the amounts it would have secured had the 2020 decennial count served instead as the source of the formula’s population figures.

Dozens of other federal programs – including Medicaid and some community development funds – also draw on annual population estimates to allocate billions of dollars of funding to cities, counties and states, said Andrew Reamer, a research professor at George Washington University.

But these allocation formulas are so complex, and draw on so many sources of data, that a loss of population doesn’t always correlate with a proportional loss of funds. Annual estimates would have to miss millions of New Yorkers, for instance, to change the share of state Medicaid costs the federal government pays now.

Many census-directed programs also focus on a jurisdiction’s share of specific groups, such as seniors or children in poverty. Even small changes in total population can skew that funding in unpredictable ways.

In 2009, after the mayor of Toledo, Ohio, successfully contested its annual estimates with the Census Bureau, the city lost more than $293,000 in community development grants, which fund housing assistance programs, public facilities such as parks and community centers and economic development projects.

“You could have an error with a large, substantive impact on funding even if it’s not statistically significant,” said Ian Monsma, a program manager with the economic analysis firm Robert D. Niehaus.

Experiences like Toledo’s – and a change in the standards for the challenge process after 2010 – have slashed the number of cities and counties appealing their annual estimates. In 2018, the most recent year for which data is available, only three cities did. And while Erie County officials long suspected that the population estimates skewed low, based on traffic counts and permit requests, they were not aware they could contest them, County Executive Mark Poloncarz said.

“We felt that the numbers between 2010 and 2020, the annual estimates, were wrong – and then of course, the 2020 census showed they were,” he added. “So that has made us question the estimates being done on an annual basis.”

The factors behind these census discrepancies extend beyond the estimates program itself. Because the annual figures are based on 2010 census data, for instance, an undercount then could skew later estimates.

The 2020 census also faced political headwinds and Covid-19 delays that make it a far less reliable benchmark than in years past, said David Swanson, a former chair of the Census Bureau’s Scientific Advisory Committee, who has studied the quality of annual population estimates.

According to the Census Bureau’s evaluation, the 2020 decennial census showed no overall under- or overcount, but it undercounted Black, multiracial and Hispanic people nationwide by between 3.3% and 5%.

“Overall, 2010 performed better than 2020 did,” said Rachel Cortes, an analyst at the market research firm Claritas and a former demographer in the Census Bureau’s population estimates branch. “How much of the gap is the 2020 census, and how much is all the noise in the population estimates? That’s a hard question.”

But even with those uncertainties, some demographers and census analysts say they see room for improvement in the design of the annual population program. Estimates of international migration have proved especially “uncertain,” said Cornell’s Vink, because they rely less on concrete administrative records.

Instead, they draw on a separate Census Bureau program called the American Community Survey, which each year invites 3.5 million people to answer a set of detailed questions. Just reaching recent immigrants for the survey poses significant challenges, a Census Bureau analyst said.

In 2017, the bureau also switched out the survey question it uses to model immigration flows, which as many as one in five respondents don’t answer.

“They changed the methodology halfway through, and that had a big negative impact on the population estimates for New York,” Vink said. “It’s easy to point to that as an explanation. I don’t think that’s the complete story, but it’s a part of it.”

Members of the national Census Quality Reinforcement Task Force – a broad coalition of former census officials, demographers and other stakeholders – have also agitated for the bureau to incorporate additional data sources into its estimates, a person familiar with those conversations said. The agency has, since the 1990s, calculated each state’s population using large-scale, national administrative records.

But some states have developed alternative methods that model change based on their number of new housing units, driver’s licenses, public school students or open jobs.

“We now have a situation where states are going off and doing their own stuff because the Census Bureau estimates are not where they should be,” said Salvo, the former New York City demographer. “The old model, the old approach, is hardly going to suffice anymore.”

Studies of these alternative methods have not, however, yielded more accurate estimates, one current and one former census official said. The bureau is researching other potential improvements, such as a new method for measuring immigration that would use administrative records in addition to survey responses.

In the meantime, public officials in New York and elsewhere are scrutinizing their annual population estimates much more than in years past. The latest figures, which the Census Bureau released in March, projected that Erie County lost 3,553 people in the first year of the pandemic, not counting deaths from Covid-19, which will surface in future releases.

Poloncarz said his administration will continue to compare permitting records and traffic counts against the new estimates, which he said may not be accurate. Because deaths exceed births in Erie County, and moves away from the area exceed moves into it, any possible population growth here would come from immigration.

A return to population decline, meanwhile, would represent not only a potential loss of future funding, but a knock to the regional growth narrative that politicians have lately embraced.

“The most recent estimates showed we had a slight decline,” Poloncarz said, “and I don’t know how that could be the case.”

The Editorial Board: Errors in crucial, but lesser-known census initiative cost Erie County about $4 million

"This is more than a rounding error," writes The News' Editorial Board. "The consequence of the undercount comes at a time when municipalities across the nation are still trying to recover from the Covid-19 pandemic. Any region’s ability to leverage the full amount of federal funds due is a critical key to recovery."

Buffalo Niagara is growing again. How do we capitalize on it?

We asked local business leaders what the region's modest population growth – it still is about half the nationwide increase – means to the region and how to capitalize on it.

Population growth adds to the frenzy around the roaring housing market

For every home that is priced right, well-maintained and staged nicely, a horde of eager beavers looking for their new home descend like a pack of wolves to try to outdo their rivals.

Thanks to the U.S. census showing population growth in Erie County, pencils have been sharpened to redraw the boundaries of all 11 county Legislature districts.

David Robinson: For business, growing population is a game changer

"Buffalo Niagara's population is growing for the first time in 50 years – and that change is going to turn the region’s economy on its head," writes David Robinson.

The region’s gains – driven entirely by residents of color, many likely refugees and immigrants – appeared to vindicate local political leaders who have championed immigration as a means for reversing the area’s long-term shrinkage.