US pipeline company halts some operations after cyberattack

$23.4M project will change how NFTA fares are collected for years to come
0 comments
Share this
Support this work for $1 a month
1 of 3 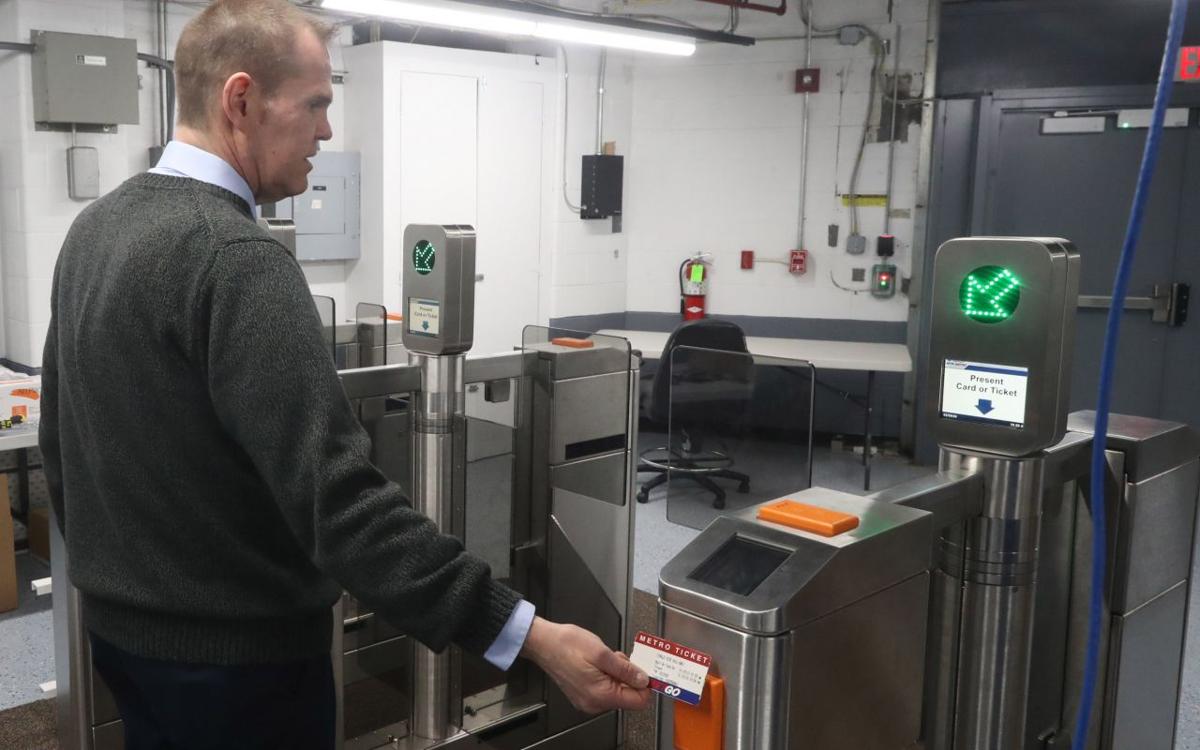 Chris Cronin, NFTA manager of fare systems, shows off new equipment that will be phased in for Metro Bus and Rail. (John Hickey/Buffalo News) 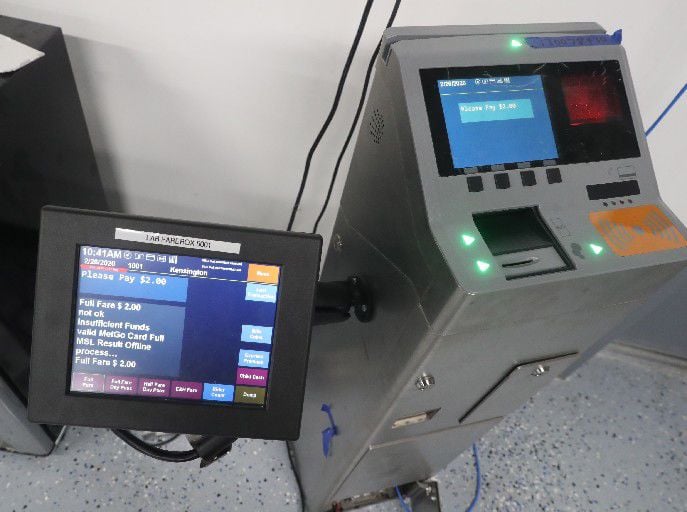 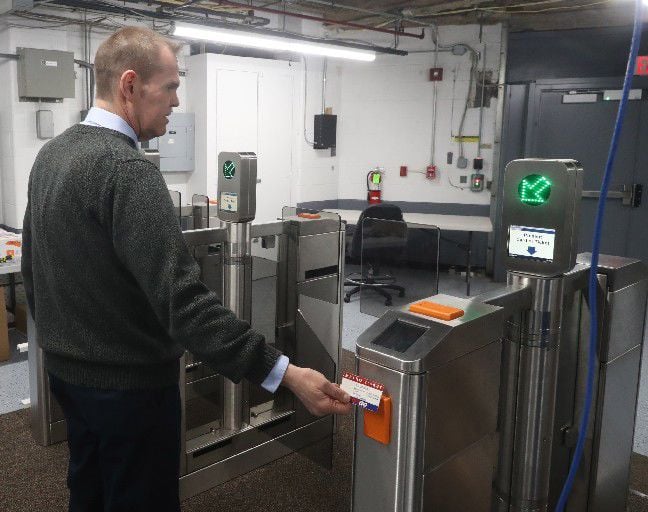 Chris Cronin, NFTA fare systems manager, taps his ticket against a sensor that will open the gates of a new fare collection system that should be in place by summer, eliminating the honor system for riding Metro Rail and giving the agency a lot of additional ridership information. (John Hickey/Buffalo News)

In a hidden lab deep inside Buffalo’s downtown bus terminal, transit planners are testing, retesting, tuning and fine-tuning the way Metro Bus and Rail will collect fares for years to come.

The technicians make it look simple: Press smart cards against an electronic pad to trigger fare gates similar to those in the New York or Toronto subway. A few feet away, the workers tinker with a smaller contraption that will soon collect fares on all 268 Niagara Frontier Transportation Authority buses.

But it’s a gargantuan, $23.4 million project to upgrade how commuters in Erie and Niagara counties pay to ride NFTA buses and trains. Slated for a summertime debut, the new cellular-based system – dubbed “METGO” by the NFTA – will replace the 35-year-old ticket machines that often vex Metro Rail riders because of their inability to even accept credit cards.

The NFTA plans to replace the old machines on every bus and in every surface and underground rail station with the most modern machines on the market. The new method will also end the “honor system” enforced by roving inspectors since Metro Rail started in 1985. While fare evasion stands at only about 2% to 3% today, officials say the new fare gates will virtually eliminate the problem.

Transit planners say that following a break-in period, bus and rail customers should encounter an easy-to-use system accepting phone apps and other devices that are part of modern life.

But first, the NFTA must reinvent how its 83,000 daily bus and rail passengers fork over their fares. That’s why Cronin and his team have experimented for the past year with virtually every transit scenario.

Their result is a host of innovations. Wouldn’t it be nice, for example, to charge your fare to a credit or debit card?

“I hear it a lot: ‘I wish I could just use a credit card,’ ” said NFTA spokeswoman Helen Tederous, adding that the improved system should attract new riders drawn by new conveniences.

Cronin explained that touch screens similar to those in the New York City subway will greet commuters as they enter stations. Easy directions will ask them to pay via prepaid accounts on phones or smart cards, with credit or debit cards, or even good old-fashioned cash (which also will still be accepted on board buses). The cards will be available at more than 300 retail outlets.

Riders can “load up” for up to $200 in stored value and schedule automatic renewal. Day passes will also prove a thing of the past, because the smart cards will cap daily charges at $5 regardless of how many trips a rider makes.

“We’ve done our best to make the buttons self-explanatory,” Cronin said. “So hopefully, it will be pretty simple.”

Once riders select their payment method, the rest is easy. Tap in with your ticket to activate the entry gates; tap out to open exit gates.

“There will be just so much more flexibility,” Cronin said. “From where we are now and what will be in the future is a sea change.”

“Right now we’re not capturing that data,” Cronin explained, noting the new machines eliminate the need for “estimation” while planning service around the region.

If all goes well, Cronin said the new fare collection systems should start appearing by summer – first on buses, then in rail stations. In the subway, the boxlike structures will sit alongside the old ticket vending machines for a short transition period. Some have already appeared in the Humboldt-Hospital Station.

“It will be in phases,” he said. “We won’t slam everyone overnight.”

Tederous acknowledged that inspectors now issuing tickets for fare evasion served as a security “presence” on trains and in stations. New “customer service advocates” will now accomplish the same purpose of uniformed personnel roving the system.

The new fare collection machines are manufactured by Scheidt & Bachmann, a German firm that will own, operate and maintain their cellular network. The company designed systems for subways in Toronto and London, as well as for buses in Connecticut.

Tederous said the authority plans a major education program involving media campaigns and promotions at community gatherings such as Juneteenth, Taste of Buffalo and the Pride Festival.

Cronin, who started as a Metro bus driver in 1984 and has worked in fare collection since 2001, has been designing and implementing the project for a decade. He said the authority has always looked to the future.

Chris Cronin, NFTA manager of fare systems, shows off new equipment that will be phased in for Metro Bus and Rail. (John Hickey/Buffalo News)

Chris Cronin, NFTA fare systems manager, taps his ticket against a sensor that will open the gates of a new fare collection system that should be in place by summer, eliminating the honor system for riding Metro Rail and giving the agency a lot of additional ridership information. (John Hickey/Buffalo News)