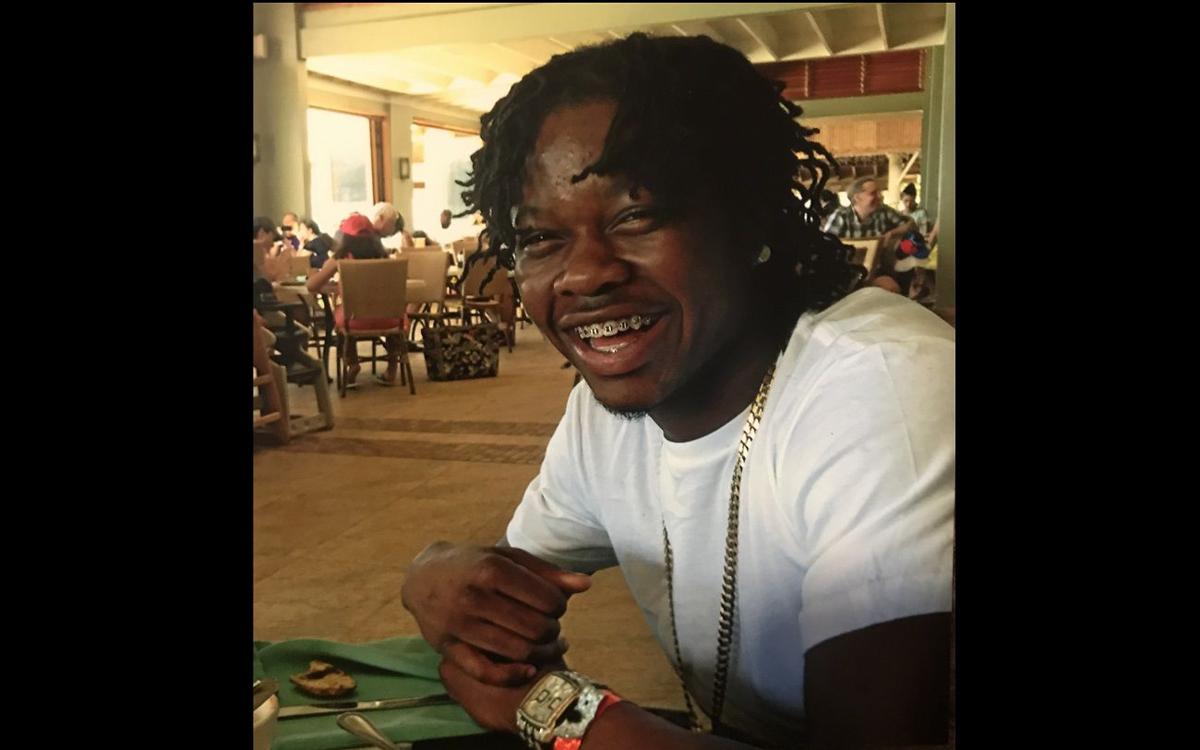 Amir Qu'ran Jemes, 19, played on a state championship basketball team and wanted to make it big as a rapper. (Photo courtesy Gayla Ross) 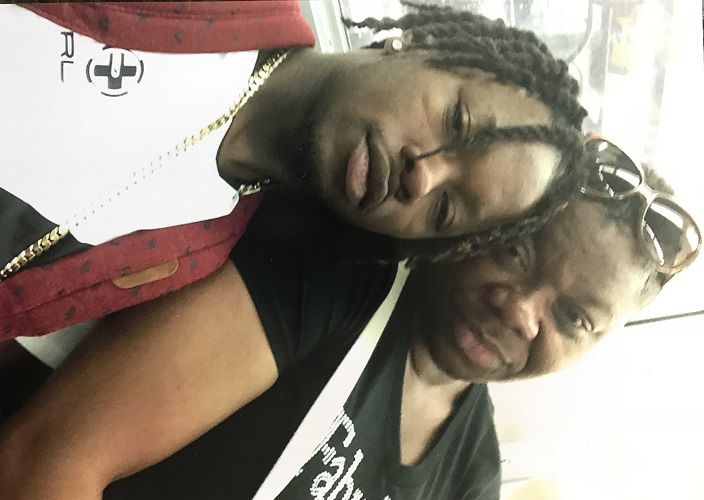 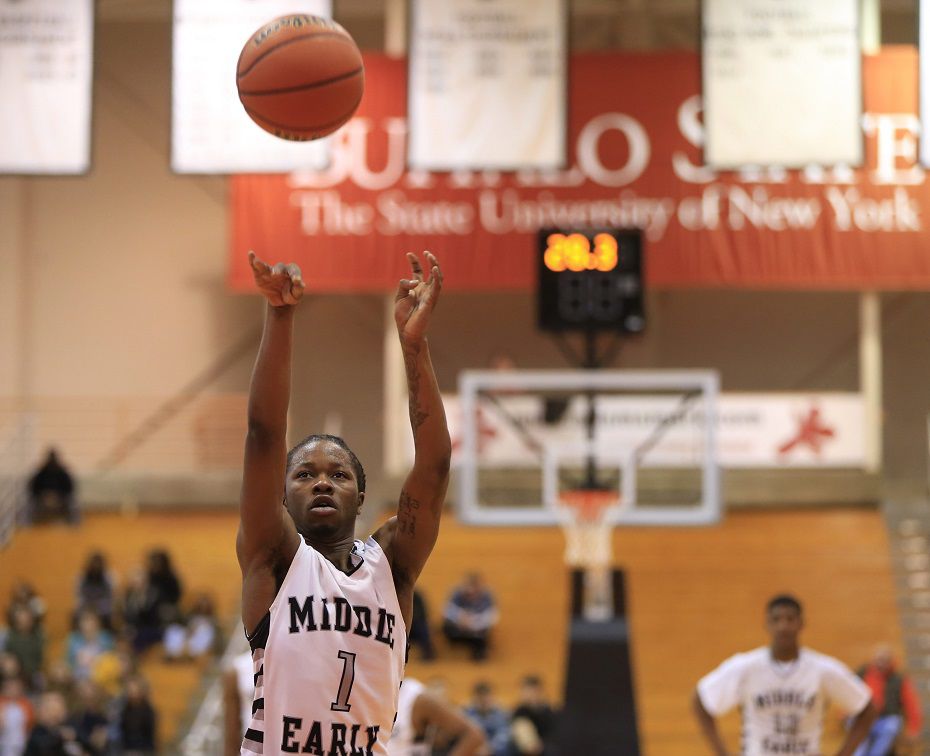 "This was definitely his year," said Berris Henry Jr., a 21-year-old Buffalo rapper who collaborated with Jemes.

Jemes' year – and his life – had barely gotten started when he was fatally shot in the early morning hours of April 13 on Littlefield Avenue, near the Buffalo-Cheektowaga border, about three months before his 20th birthday.

He was the city's sixth homicide victim of the year. Police are still searching for who's responsible.

Jemes' sneakers were taken, and police have described the shooting as an "apparent robbery."

But his mother, Gayla M. Ross, believes he was set up.

"He wasn't a criminal. He didn't deserve this. He wasn't a thug, a criminal, a gang banger. He didn't sell drugs," Ross said. "And he wasn't here to harm anybody. They took a star. And not a star as far as the music or whatever, but he was a light for a lot of people."

Jemes wasn't the most talented player on Middle Early College's basketball team that won the state championship two years ago, according to his coach, Randall Rich. But the two-year starter at point guard worked a lot harder than some of his more gifted teammates.

Aside from his play on the court, Jemes was close to being the coach's "right-hand man" who brought Rich's message to the team when the players stopped listening to him. He was friends with everybody on the team, Rich said. The coach called him "the glue" on a team where some personalities competed for dominance.

"He had, like, this personality, this smile that would light up the room," Rich said. "He had that star quality."

Seeing Jemes succeed also was important to his coach. When Jemes transferred to Middle Early College from Cardinal O'Hara High School, he was behind on credits and the classes he needed were only offered at McKinley High School. So in order to make sure his point guard could get the credits he needed and allow him to make it to practice, Rich held practices after 6 p.m., when Jemes' classes at McKinley let out. Rich said he did it because of Jemes' determination.

Jemes still attended some of the team's games after he graduated, and used to stop by to visit his former coach about once a month. He regularly shared some of his songs and videos.

"He would have been an amazing success story," Rich said. "I wish he would have gotten the chance to play out the rest of his life."

Basketball, though it was his passion, wasn't the only sport Jemes played. He grew up playing baseball and football, the latter of which he played only through his freshman year at Cardinal O'Hara. Jemes, who also ran cross country in high school, played quarterback and experienced a brutal collision that made him decide to quit playing football.

After graduating from high school in June 2016, Jemes studied for a year at Broome Community College in Binghamton. But he left school and moved back home, working part time driving a medical transportation van. Since leaving for college, his focus turned more toward his music, his mother said.

"Amir was trying to find a way to get out of here," she said. "He didn't want to be here and he didn't want problems."

Jemes liked to wear stylish clothes; it was just the way he liked to carry himself, according to his mom. A self-described "professional shopper" who finds sale items, she said she's been buying him nice things his whole life.

"I told him who he was, he was the man," she said. "He was the most important person anywhere and everywhere."

Ross was with her son in New York City earlier this month when he shot a music video for "LV DURAG." During the trip, her son spent about two hours outside a Balenciaga store in Manhattan, just talking with people about fashion and rap music.

"He was so charismatic," she said. "He just turned people on."

Ross estimated about 400 people attended her son's funeral on April 19.

She readily admits her son wasn't perfect, doing things young boys do as they grow up; he liked to smoke marijuana, she said.

In her son, she saw a big heart. Ross opened her home to many of her son's friends who sometimes didn't have a place to stay. That included letting one of his teammates live with them for five months.

"It was because of Amir," she said of her decision to let the teen move in. Her son came to her, she said, and told her his friend needed them.

"He helped me become a better person," Ross said later.

Ross said the night before her son was shot, the two talked about how she wants to buy a house down South when she retires. Her son suggested they buy a couple of houses in Buffalo. Having seen some friends get locked up, his idea was to turn one of the houses into a halfway house for young men getting out of jail.

Jemes had been victimized before. He was robbed in November 2014 near Davidson Avenue and Godfrey Street, according to a Buffalo police report. His mom said he also was robbed two other times. A reward of up to $4,000 has been offered for information related to his killing.

At least nine music videos featuring Jemes have been posted on YouTube since last May, a couple of which showed Jemes and others in the videos holding guns. Ross said she saw the videos and asked her son to show them to her.

The guns were fake, she said. She believes they were used to create some of the imagery common in rap videos.

Henry, who has collaborated with Jemes, said he invited Jemes to join a collective of musicians, designers and models he founded, known as the Good Neighbors Club. He said his friend had a lot of energy and the kind of person who wanted everybody to do better. Henry called him "a happy person" who brought positivity and a good work ethic to everything he did.

Beyond his music, he connected with a lot of people, Henry said.

Two drivers killed in two-car collision in Town of Lancaster

The dark-colored compact vehicle was roughly 100 feet from the brink and about 30 feet from the edge of land in the park. It was mostly submerged in the river and the trunk was open, facing the brink of the falls.

Amir Qu'ran Jemes, 19, played on a state championship basketball team and wanted to make it big as a rapper. (Photo courtesy Gayla Ross)