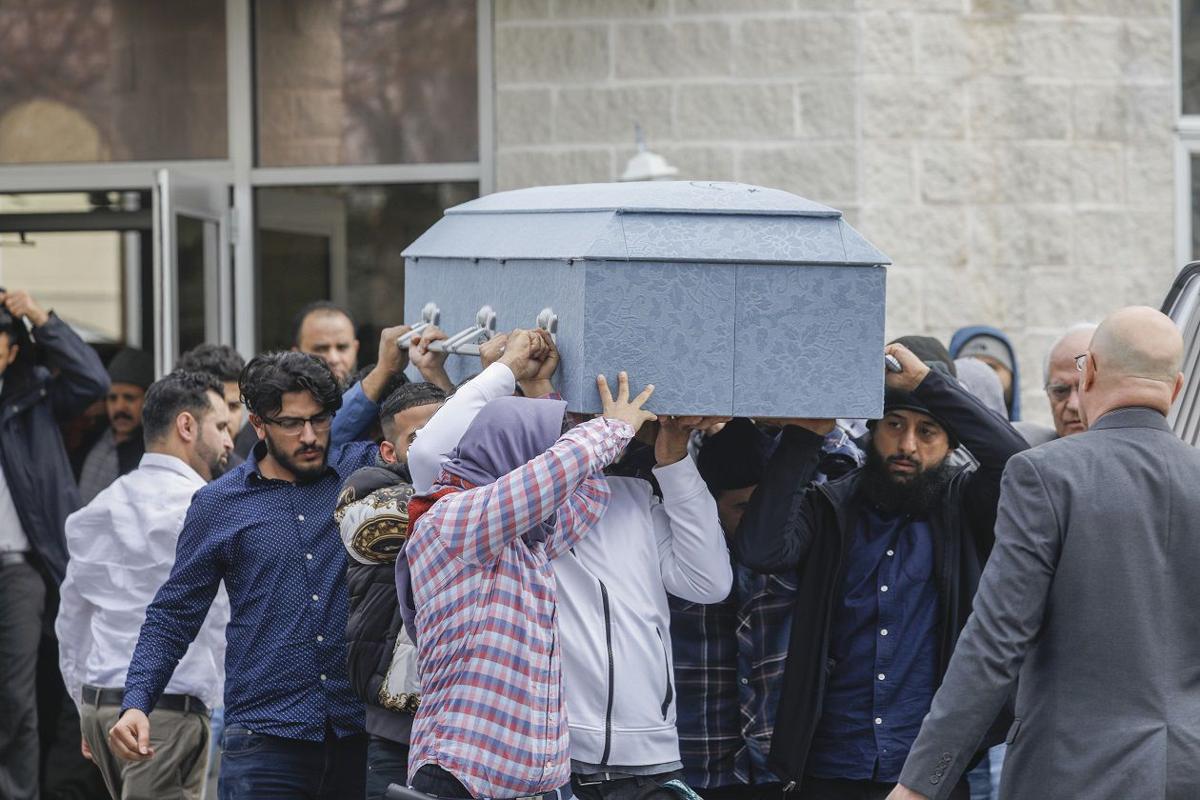 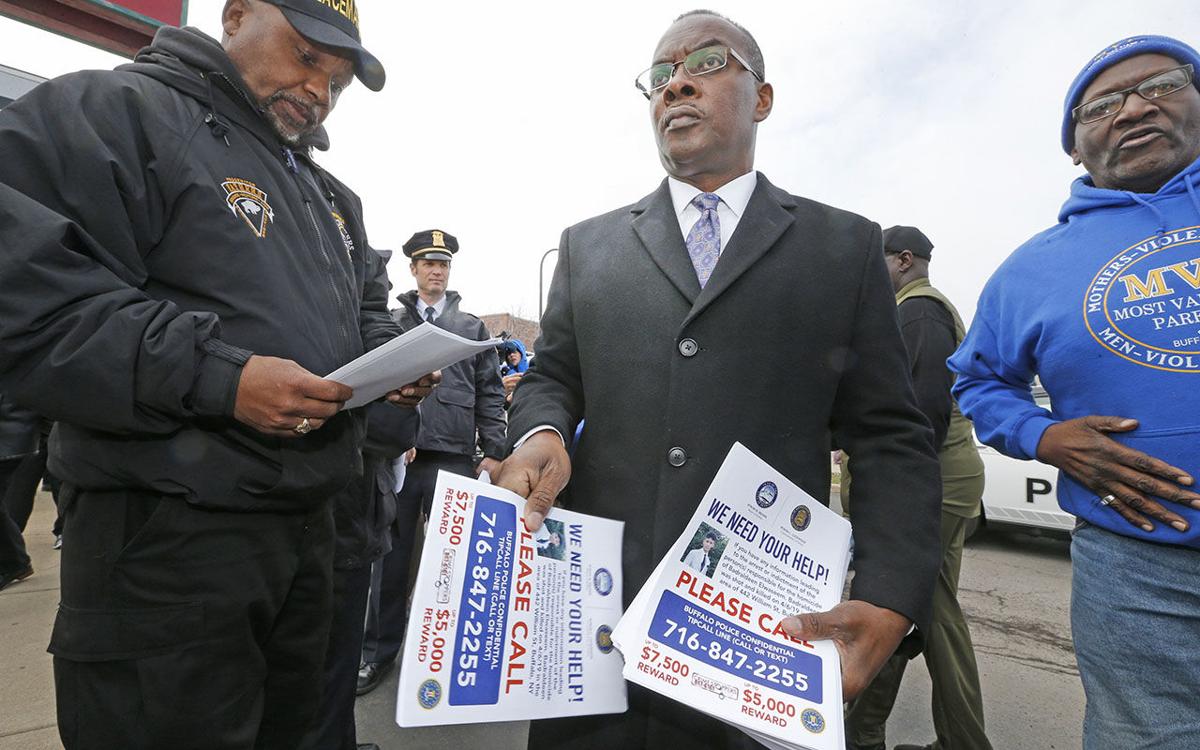 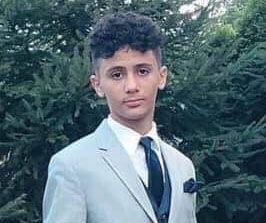 Hundreds gathered in a Lackawanna mosque Monday morning to grieve the death of a 12-year-old boy.

Then police, community leaders and city officials took to the streets to plead for information about the people who are to blame for taking his life.

In both places, less than 48 hours after Badraldeen Mohamad Elwaseem was shot in the head by a stray bullet while watching television in his family's William Street apartment, answers remained elusive.

"People are really fed up and they want to see the person or persons responsible for this brought to justice," Mayor Byron W. Brown said as he and others canvassed the neighborhood.

Earlier Monday, mourners packed Masjid Al Huda on Wilkesbarre Street in Lackawanna for the child's funeral. Badraldeen, who went by Badr, was remembered as an inquisitive student at School 45 by two of his teachers who attended his funeral.

Badr was "always really interested in the outside world," said Casey Nowak, his social studies teacher.

He really liked video games and got along with his classmates, said Nowak.

Math teacher James Judge called Badr "an eager learner" who was a polite and respected young man with a great sense of humor.

The teachers said Badr started his education at School 45 then went to a charter school for a few years before coming back to School 45 earlier this school year.

In addition to family and friends, those gathered at the Lackawanna mosque for the funeral included Brown, Common Council President Darius G. Pridgen, Murray Holman of the Stop the Violence Coalition and Buffalo Police Capt. Steven Nichols.

Bullets started flying just after 8:30 p.m. Saturday in the parking lot of the Towne Gardens shopping plaza at William Street and Jefferson Avenue. The bullet that stuck Badr flew about 100 yards from across William into Badr's family's apartment, located on the second-floor of a two-story building on the corner of William and Mortimer streets.

A 22-year-old man, whose name has not been released, also was wounded in the shooting.

Dozens of shell casings were found in the parking lot where the shooting occurred, according to a police source.

Brown was in that lot Monday, challenging residents to share whatever they might know about the shooting.

"We are hoping that this walk – as we appeal to people in the Towne Gardens area in the City of Buffalo for any information that will lead to an arrest and an indictment – will be successful today," said Brown.

The mayor and Pridgen were joined by Erie County Legislator Barbara Miller-Williams, Police Commissioner Byron Lockwood, other police department officials and members of community peace groups, such as Buffalo Peacemakers, and clergy.

Those taking part in the canvassing left flyers with contact information at those homes and apartments where no one was home to answer the door Monday. Officials highlighted a reward for information leading to an arrest or an indictment.

Police have not said whether they believe the shooting may have been gang-related. The shopping plaza where gunfire erupted is next door to the Towne Gardens housing complex, which federal prosecutors have said the CBL/BFL street gang used for its base of operations.

Authorities are offering a reward of up to $12,500 for information leading to the arrest of Badr's killer. Police ask anyone with information to text or call the Buffalo Police Department's confidential tip line at 847-2255. Tips may also be sent to Crime Stoppers Buffalo by calling 867-6161 or submitting a tip through Crime Stoppers' "Buffalo Tips" app.

The Rev. James Giles of Back to Basics Outreach Ministries acknowledged Monday that efforts were not intended to get at the root issue of violent crime in the community, but to find out who killed Badr.

'He had the rest of his life in front of him': Boy, 12, dies after being struck by stray bullet