McConnell says Trump, others 'provoked' attack on US Capitol

$1.15 million in tax breaks approved for hotel at Amherst's Northtown Center
0 comments
Share this
Support this work for $1 a month
1 of 2 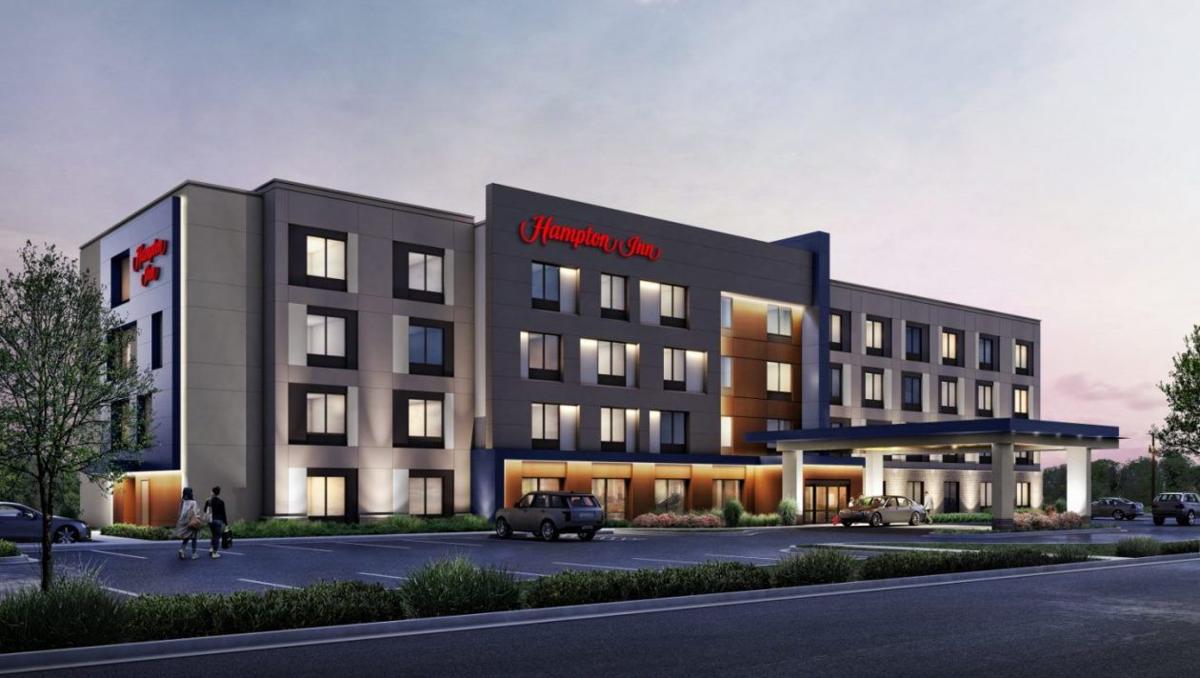 A rendering of the Hampton by Hilton hotel planned for a site near Amherst's Northtown Center. The Amherst IDA on Friday approved tax breaks for the $14.4 million hotel by Uniland Development Co. (Image courtesy of Uniland) 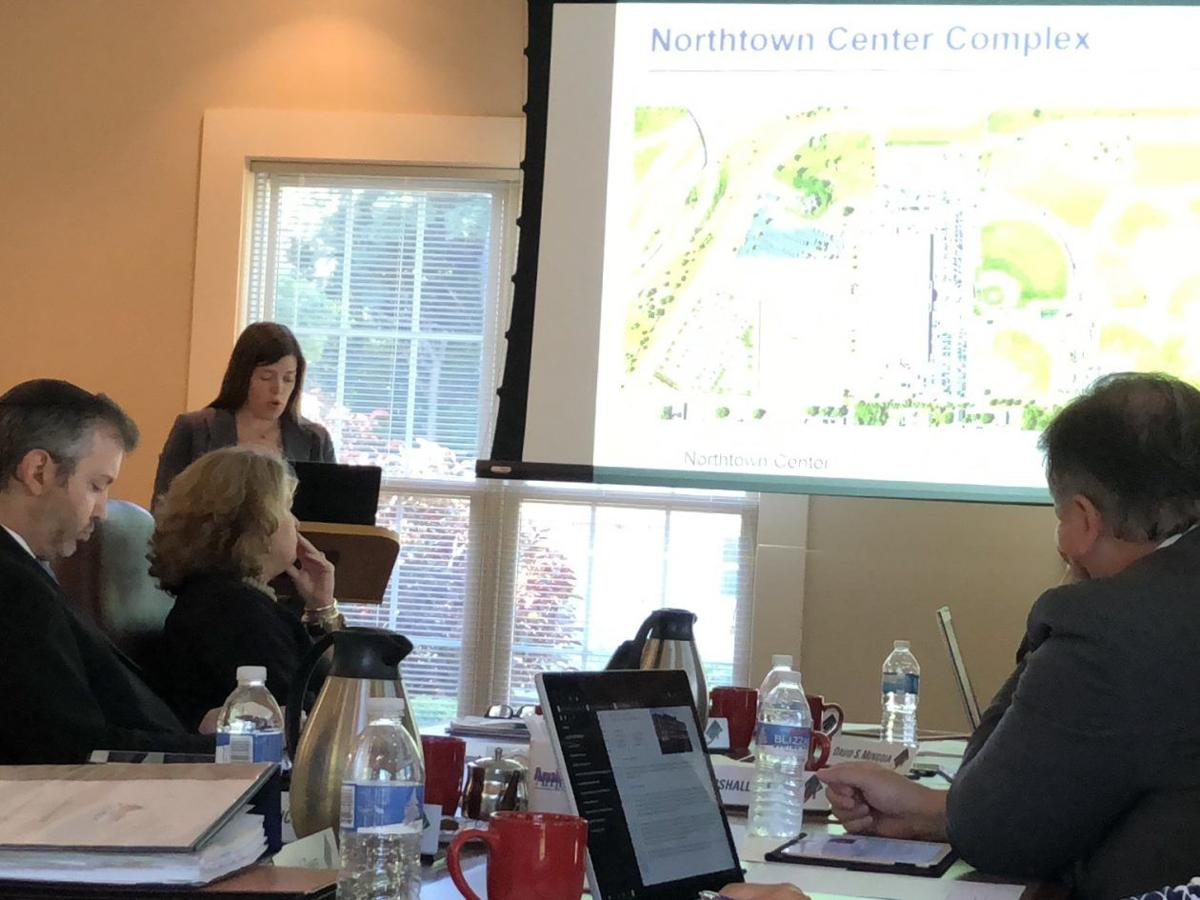 Uniland executive Kellena Kane presents the company's plan for a hotel at the Northtown Center in Amherst to the Amherst IDA board of directors. (Stephen T. Watson/Buffalo News)

The Amherst Industrial Development Agency board of directors on Friday morning voted 6-1 to approve Uniland Development Co.'s request for assistance following more than an hour of discussion of the project's merits.

Under state law, hotels and other retail projects are not eligible for IDA tax incentives. But Uniland argued its planned 105-room Hampton by Hilton hotel qualified under an exception for tourism destinations that are likely to draw a "significant" number of guests from outside the area.

Primarily, Uniland said USA Hockey has committed to making the Northtown Center the home of its sled hockey divisions if the hotel, which has universal design features, is built. That would bring an extra 7,800 visitors and nearly $3.2 million in economic impact annually to the area, Uniland said.

"The onsite hotel will strengthen the complex's ability to bring out-of-town tournaments and events to the Town of Amherst, thus enhancing the economic impact for the whole community," Uniland spokeswoman Jill Pawlik said in a statement after the vote.

Kellena Kane, Uniland's senior development manager, told the board the hotel deserves tax breaks because it will help the Northtown Center better compete with other rink complexes, it will be the first in the country to receive a special certification for incorporating universal design elements and the hotel has higher site work and construction costs than a typical facility.

IDA board members agreed, though not before several questioned both Uniland's contention that it needed the incentives to proceed and whether the hotel as currently designed could fully serve hockey players with disabilities and special needs.

Seven of the 105 rooms are American with Disabilities Act compliant, but every room will have universal design features such as wider doors and bathrooms where someone in a wheelchair has enough room to get around, Kane said.

"We want to make this experience a home run for guests," she said.

Timothy J. Drury, a retired State Supreme Court justice who uses a wheelchair, initially said the company was seeking incentives before it can prove to the IDA the building will be totally accessible. But ultimately he and other board members were swayed when the IDA included a requirement in the resolution stating the project must obtain isUD, or innovative solutions for Universal Design, certification to formally receive the tax breaks.

In the end, only IDA Vice President Michele Marconi opposed the project, pointing to a market study that showed demand is strong, the hotel would be profitable on its own and it would have a competitive advantage based on its location.

"I believe that that burden is on the applicant to demonstrate eligibility," Marconi said, "and that they have failed to do so."

However, IDA Treasurer Steve Sanders said he believes Uniland showed the project merits the tax breaks and it's in the town's best interests to see the hotel constructed. Sanders supported the project last year when he still was on the Amherst Town Board.

A public hearing held two weeks ago drew mixed reaction to the project. Friday morning, resident Judy Ferraro branded the request "corporate welfare" and said the tax incentives benefit the developer at the expense of other town property owners. "They pay less, the taxpayers pay more," she said.

Uniland was the only company to respond to a request for proposals from the town to develop at hotel at the Northtown Center site.

Uniland will receive $615,215 in sales tax exemptions, $66,825 in mortgage-recording tax exemptions and a payment in lieu of taxes agreement that would reduce its property tax burden by $469,131. Under an agreement with the Town of Amherst, the town would continue to own the land, but Uniland would own the hotel and make $54,600 annual payments to the town.

The vacant parcel is tax-exempt now. Uniland would owe taxes on the hotel and, even taking into account the property-tax break, would pay nearly $1.5 million in property taxes over the next 10 years, according to the Amherst IDA.

The project would create 10 full-time and 14 part-time jobs.

Pawlik said after the meeting that the developer plans to break ground on the site at 1615 Amherst Manor Drive before the end of the year and construction should take 18 months after that.

The Amherst Town Board is set to vote on the sale contract at Monday's meeting.

"There is nothing about this hotel that is your typical Hampton," said the hotel's general manager.

A rendering of the Hampton by Hilton hotel planned for a site near Amherst's Northtown Center. The Amherst IDA on Friday approved tax breaks for the $14.4 million hotel by Uniland Development Co. (Image courtesy of Uniland)

Uniland executive Kellena Kane presents the company's plan for a hotel at the Northtown Center in Amherst to the Amherst IDA board of directors. (Stephen T. Watson/Buffalo News)