It wasn’t just the fact that the Bills won the AFC East, it was the cocksuredness and style with which they won in a marquee, nationally broadcast game that made so many Buffalonians think back to the Super Bowl era Bills.

Social media was filled with Western New Yorkers looking back at where they were or what life was like 25 years ago, the last time the AFC Eastern Division crown made its home at One Bills Drive.

Among all the pandemic-induced changes to the ways we are celebrating the Bills Division Championship comes one that is more indicative of the big business that football and the NFL have become.

Our championship gear is much more difficult to come by than it was back in the days of Kelly, Bruce, Andre and Thurman.

NFL Licensing is a much more expensive and tightly enforced proposition than it was three decades ago, when it seemed that the moment a championship of any kind was earned, every vacant lot in the city instantly had a tent attached to a van filled with varying degrees of legal, semi-legal and pirated Bills gear.

Stores such as Bells Markets, Hills and AM&A’s weren’t too far behind with more credible licensed versions of sweatshirts and t-shirts – which Santa always seemed to get just in time to fill stockings across the 716.

The Bills store at the stadium was closed Sunday, but the parking lot was full. The disappointment in pulling on locked doors was tempered by the dozens and hundreds of selfies being taken with the giant LED displays beaming an “AFC East Champs” message.

One closed store, the day after the biggest game in a long time, won’t stop enthusiasm or the quest for gear.

[BN] Chronicles: Buffalo in the '90s: Media Play was everything

Forty-one years ago, the Thanksgiving Day ads in the Courier-Express tell a slightly different story for Black Friday 1979. 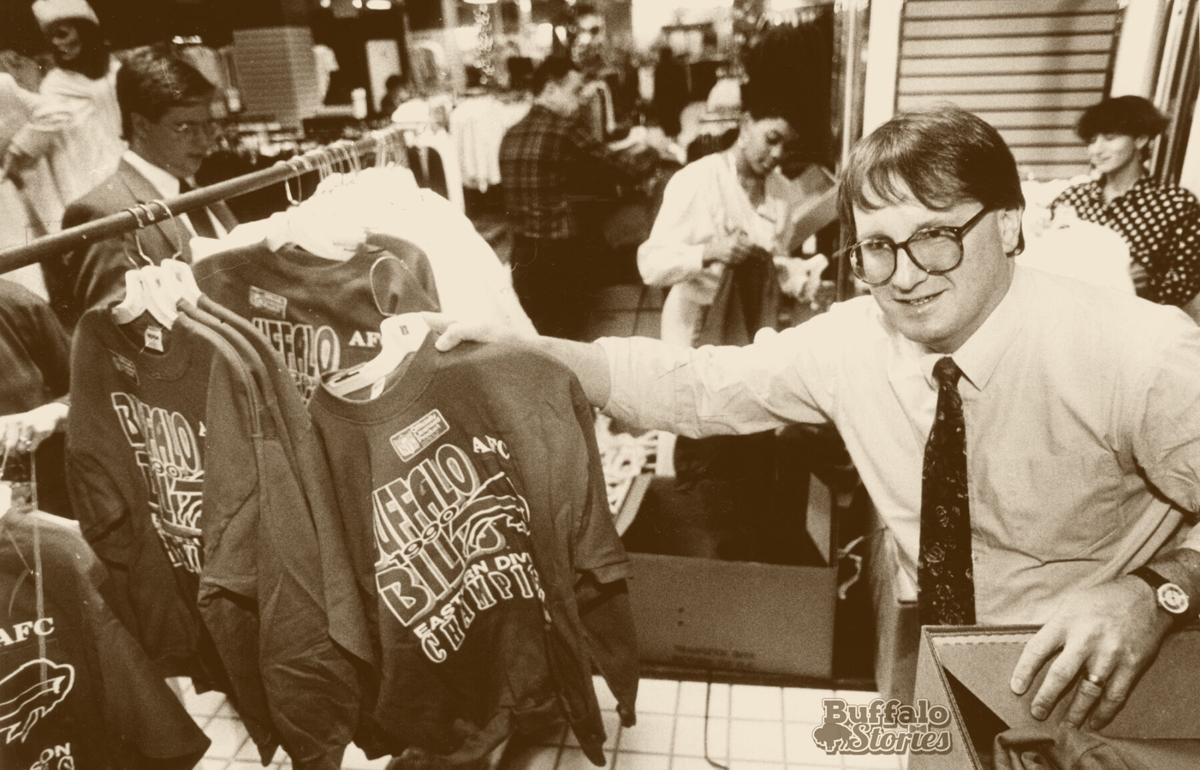 Buffalo Bills AFC East Champions gear flew off the racks at AM&A's in 1990. 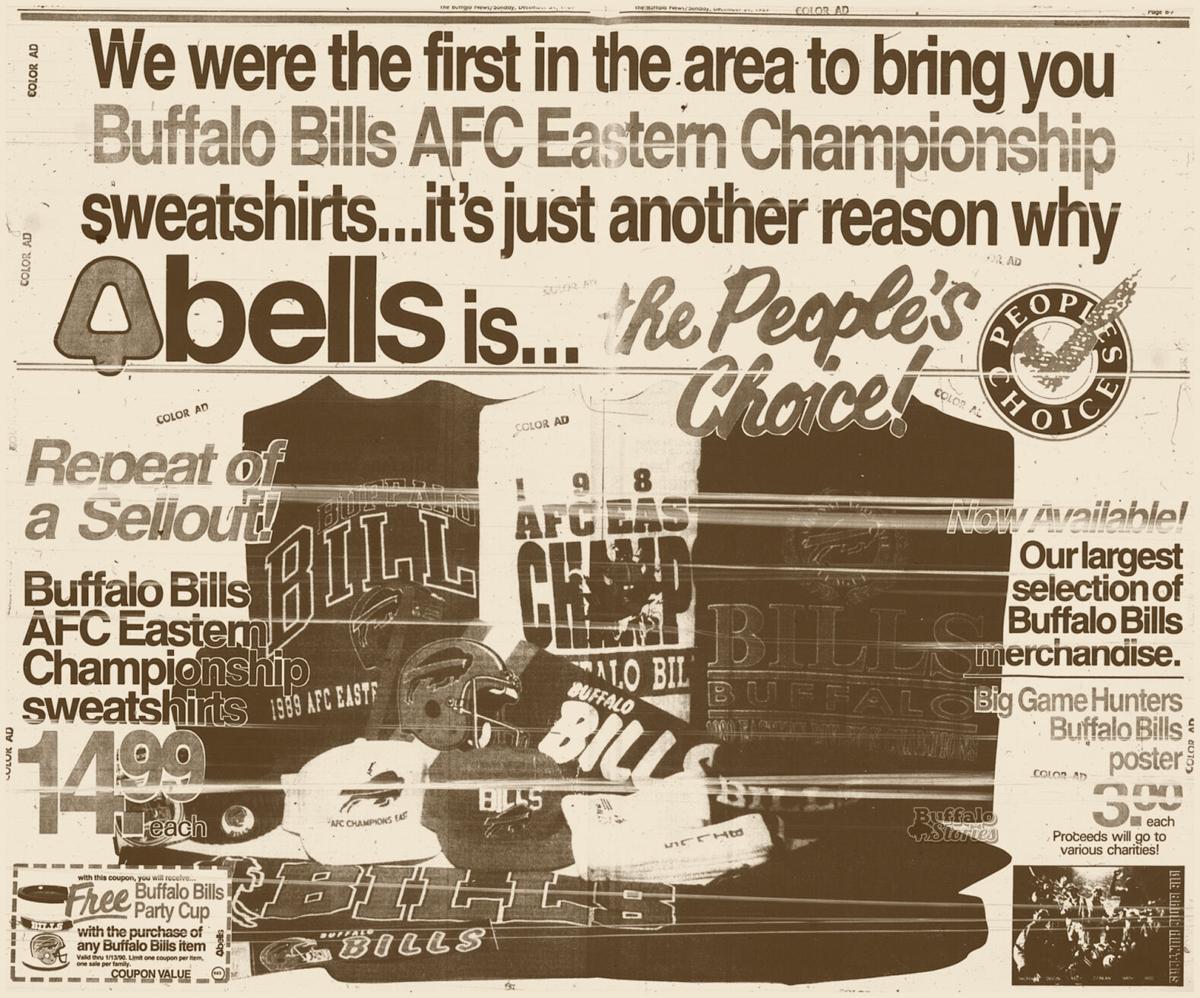 A Bells Markets advertisement for Buffalo Bills gear in 1989.