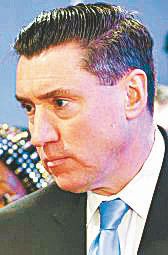 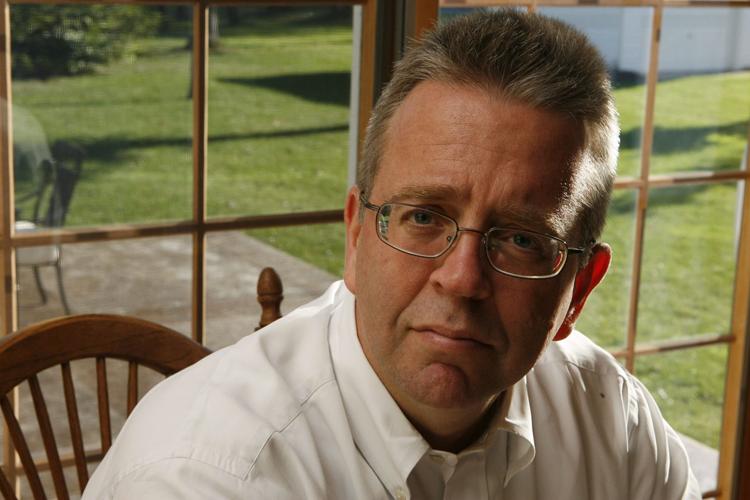 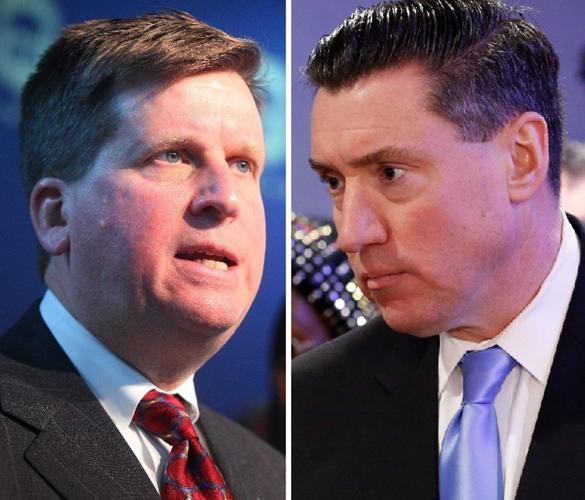 Be prepared for a long, intense Erie County district attorney primary this summer dominated by two names not even on the ballot – G. Steven Pigeon and Frank A. Sedita III.

Two challengers for the post in the Democratic contest are already aiming at acting District Attorney Michael J. Flaherty Jr. with claims he was a key third party in a long political relationship involving Sedita – the former district attorney – and Pigeon – the Democratic operative indicted last week on nine counts of bribery and grand larceny.

Now, as Democrats John J. Flynn Jr. and Mark A. Sacha compete with Flaherty for the Democratic nomination in the September primary, the Pigeon indictment and its ramifications are emerging as the over-arching issue of a campaign already in high gear.

“It will definitely be the central issue of the race because I don’t think Flaherty can separate himself from Sedita,” said Flynn, a former Tonawanda town justice running with the endorsement of party leaders.

“From the get-go, Pigeon was an essential part of this political relationship with not only Sedita, but Flaherty,” Sacha said. “When Sedita came in, everybody knew that was the way it worked. If anyone needed a reminder, all they had to do was take a look at me.”

Flaherty finds himself on the defensive after a special grand jury returned indictments against Pigeon and former state Supreme Court Justice John A. Michalek, leading to the judge’s resignation last week. But since taking over as acting district attorney in January following Sedita’s election to State Supreme Court, Flaherty has worked to distance himself from the former top prosecutor whom he once served as second in command.

Early on, Flaherty established a public integrity unit to probe the official corruption that critics said Sedita ignored. He also re-opened the Barry Moss hit-and-run death probe from 2013 that Sedita refused to prosecute, though Flynn and Sacha have attacked his role in that case, too.

On Wednesday, Flaherty again distanced himself from his former boss while emphasizing his “independence” from the Democratic “bosses” who have endorsed Flynn. He called the charges “empty allegations.”

“I am not my predecessor and I established that very quickly,” he said. “They can try to link Frank Sedita to Steve Pigeon and then to me but they have no facts to support it.”

Flaherty said that no Pigeon prosecution ever occurred under Sedita because “that was Frank’s way of running the office.”

“Now you see my way of running the office,” he said.

But Sacha and Flynn say Flaherty’s connections to Sedita – and by association to Pigeon – run deep. Sacha cites records from a 2012 deposition stemming from the wrongful dismissal suit he filed against Sedita and lost.

In the document he provided The Buffalo News on Wednesday, Sacha pointed to Sedita’s testimony under oath in which he acknowledged meeting with Pigeon and Flaherty at the West Seneca home of Pigeon’s mother to discuss launching the 2008 campaign for district attorney.

Flaherty denies the claims of Flynn and Sacha that he served as Sedita’s campaign manager in 2008, contending the candidate’s cousin – attorney Joseph V. Sedita – held the post. He acknowledges working on the campaign as a volunteer.

But the testimony transcript provided by Sacha on Wednesday recorded Sedita as identifying Flaherty as campaign manager. Sacha said Flaherty was present when Sedita made the statement during the 2012 deposition.

“The candidate must be confused,” Sacha said.

Flynn also contends Flaherty served as Sedita’s campaign manager and as Sedita’s top aide. He said it is important to note Pigeon’s relationship.

“It says that Flaherty either agreed and didn’t do anything [about Pigeon’s activities], or he turned a blind eye,” Flynn said. “Neither situation shows any leadership abilities.”

In addition, Flynn noted Flaherty did not win support of party leaders in 2014 during his bid for a state Supreme Court seat. But Pigeon supported a slate at the judicial nominating convention that included Flaherty.

“Pigeon has his footprints all over Flaherty and Sedita for the past eight years, and there is no way Mike can separate himself from that,” he said. “And I’m going to hammer that home.”

The winner of the September Democratic primary will face Conservative-Republican Joseph V. Treanor III in November.

The newsroom, administrative offices, Amplified Buffalo and audience staff will relocate to the Larkin at Exchange Building, where The News will lease and occupy about 20,000 square feet.

The victim was identified in multiple media reports from Florida and Western New York as Carson Senfield, 19, a University of Tampa student.

A ride share driver was arrested on numerous charges Monday after he allegedly fled from a traffic stop in the vicinity of 6700 Ward Road in Wheatfield, the Niagara County Sheriff's Office reported.

Rep. Brian Higgins is hopeful that the Canadian government will move toward lifting its stringent travel requirements for U.S. citizens crossing the border into Canada and make masks and the glitchy ArriveCan mobile app for air travelers voluntary.

Police said they weren't releasing the name of the suspect "at this time" and that the investigation was still ongoing. It was not clear whether the suspect was at large or in custody.

GObike is trying out protected bike lanes in Buffalo; some motorists aren't happy

The project’s backers call the project good for cyclists and pedestrians. But those opposed to it say the bollards and other short-term measures have created a traffic mess.