We saw it with the food truck craze – something draws us to conduct our business on the street. That idea was once a constant part of daily life for Buffalonians that has mostly vanished from our landscape.

The roving salesman – not in the pots and pans or encyclopedia sense, but of the scissor-sharpening, fruit-selling and rags-buying type – are warmly remembered, if not greatly missed, for their buying and selling as well as the spice and variety they brought to the urban landscape with the shouts, songs and bells announcing themselves in neighborhoods all over the city.

Men riding animals with giant packs or driving horse-drawn carts, and later noisy old trucks and vans, would bring all manner of retail and service directly to families and housewives by meandering up and down the streets.

The men who continued roving the streets into the 1980s are the best remembered – but as far back as the 1880s, Buffalonians were missing the itinerant salesmen of previous eras.

It was in 1982 that Carl Heim made his last rounds for Upstate Farms, dropping off Sealtest milk to back doors and side porches one final time before retiring as Buffalo’s last milkman.

The calls of “cakes!” came interspersed with the ringing of an old steel cowbell out of the driver's side window of a blue van reverberated through neighborhoods all over Buffalo even into the 1990s.

“Ladies come and buy my bread… doo dah, doo dah,” Russ “the Baker” Russo would sing. “Buy my bread I knead (or was that need?) the dough… oh, doo dah day.”

Sam DelGuadio was the last of Buffalo’s mobile produce hucksters. He, too, would slowly cruise the streets in every corner of the city, lyrically shouting a list of fruits and vegetables from his noisy, old, red 1953 Dodge pickup truck. He bought the truck new, but by the end of his selling days in 1986, it looked like it might blow to pieces with a strong enough wind.

After learning the trade from his Italian immigrant father, DelGuadio spent 40 years visiting the Elk Street Market – or later, the Clinton-Bailey Market – every day, to fill up that ancient vehicle with fresh fruits and vegetables.

These men were the last in a long line of street vendors dating back to the Village of Buffalo days, when the area’s first German immigrant, John Kuecherer, became one of the driving forces in the growth of the small village. “Water John” would back up his wagon into Lake Erie and then make his way around Buffalo in the 1820s and 1830s, selling water for drinking, cooking and washing in the time before running water came to the small frontier town in 1830.

One once-familiar street peddler’s role isn’t as immediately and clearly understood just by hearing his name.

Before the increased and expanded role of modern municipal garbage pick-up evolved over the first half of the 20th century, the rag man was basically the recycling truck for generations.

Collecting rags, old newspapers, metal, bottles and old furniture by the pound—an 1891 description of the rag man in the Buffalo Commercial wasn’t too much different than the last of the rag men who wandered Buffalo’s streets into the 1950s.

“How familiar to us is the wizened-up, dark-browed little ragman with his cart and half-filled bags,” wrote the Commercial. “’R-A-G-S!’ he shouts out on the street in that peculiar nasal tone which is a cross between the whine of a discontented child and the strident scrape of the new electric streetcars.”

Perhaps it was because they were almost always immigrants – first Germans, then Italians and Polish – the rag men were always looked upon as ready to cheat or steal from anyone in their path. But while it was true that there were occasionally arrests of a rag man for stealing the wash off of a line in someone’s yard, the truth is, just as often the rag men were targets of thievery and abuse themselves.

Before the Great Depression, there were as many as 400 rag men and junk peddlers in Buffalo, but as The News reported in 1932, with more people wearing the clothes they had longer, “the revival of the fashion of thrift has reduced the number to about 150.”

That story was filled with nostalgia for the rag men of an earlier generation, while celebrating what made them the same. “The rag man … still rides his rickety wagon, behind his bony horse, up and down the city streets with his raucous cry of “raaygs!”

The rag man, with his shout of “rags, rags . . . any bones, any bundles, any bottles today?” was one of the hot topics when longtime Courier-Express reporter Grace Goddard spent a mid-'60s afternoon on the porch chatting with old-timers about the old days.

“Children on porches dashed to the cellar or to the woodshed where newspapers were stacked along with discarded clothing and household linens that had been darned to death, bottles and ‘holey’ pans.

“This was the treasure trove, source of many nickels and pennies with real, if limited, purchasing power. If ever there was a moment fraught with anticipation it was when the rag man gave that ‘market quote’ of the week after weighing our treasures on the scale at the back of his rig.”

Memories of the rag man in Goddard’s 1967 article in the Courier-Express conjured up further memories of other men who wandered the streets generations earlier like “the organ grinder and his winsome monkey, the milkman and his horse, the iceman, the egg man, the knife sharpener, the cottage cheese lady, the vegetable man, the baker, the popcorn man and those handsomely uniformed members of the German Band.”

“WUTV is a totally local station in its management, its thinking and its feeling,” read one promotional piece in 1978.

Buffalo in the '80s: Russ the Baker and his ringing cowbell

His business was a holdover from an earlier era when the streets of Buffalo where filled with hucksters, salespeople and tradesmen offering their wares and services. “Ladies come and buy my bread… doo dah, doo dah,” Russ the Baker would sing, his head out the driver’s side window of his van, ringing a cowbell. “Buy my bread I knead

Watch now: Highlights from Game 7 of the 1993 Western Conference finals

Watch now: Highlights from Game 7 of the 1993 Western Conference finals 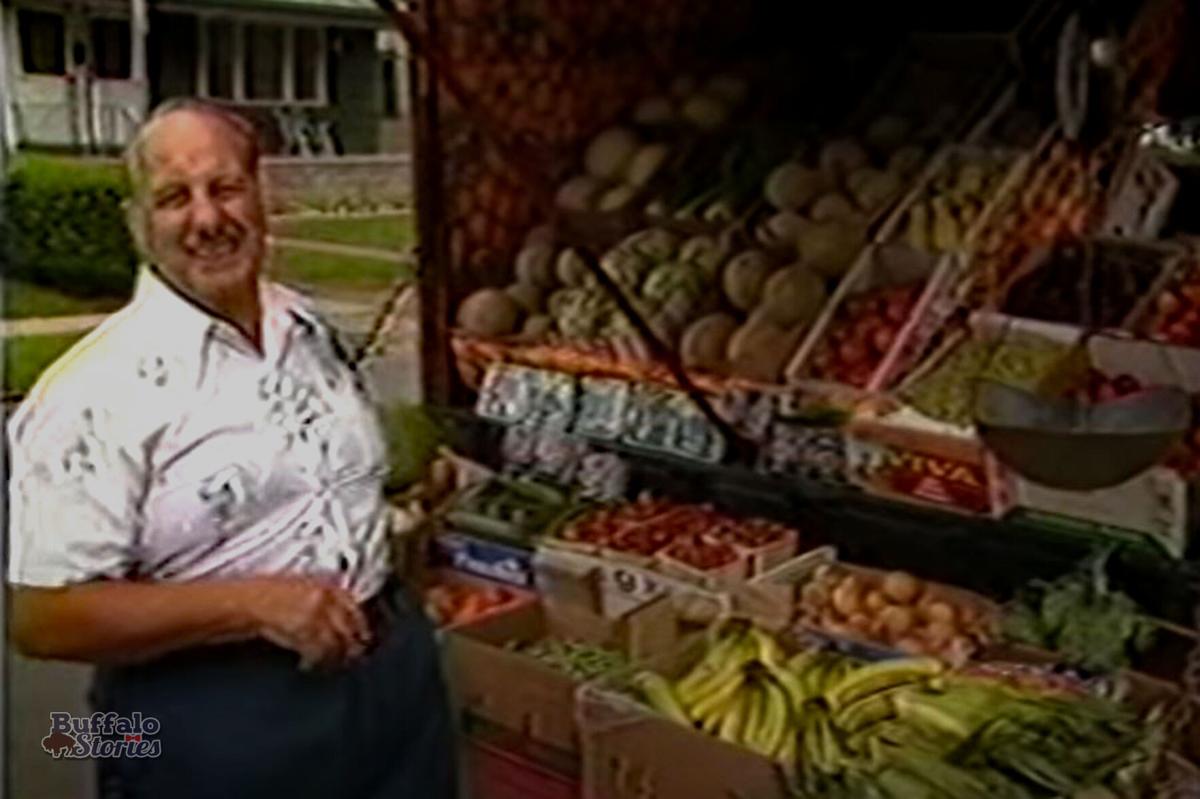 Sam DelGaudio, the fruits and vegetables man, stands at the back of his truck. 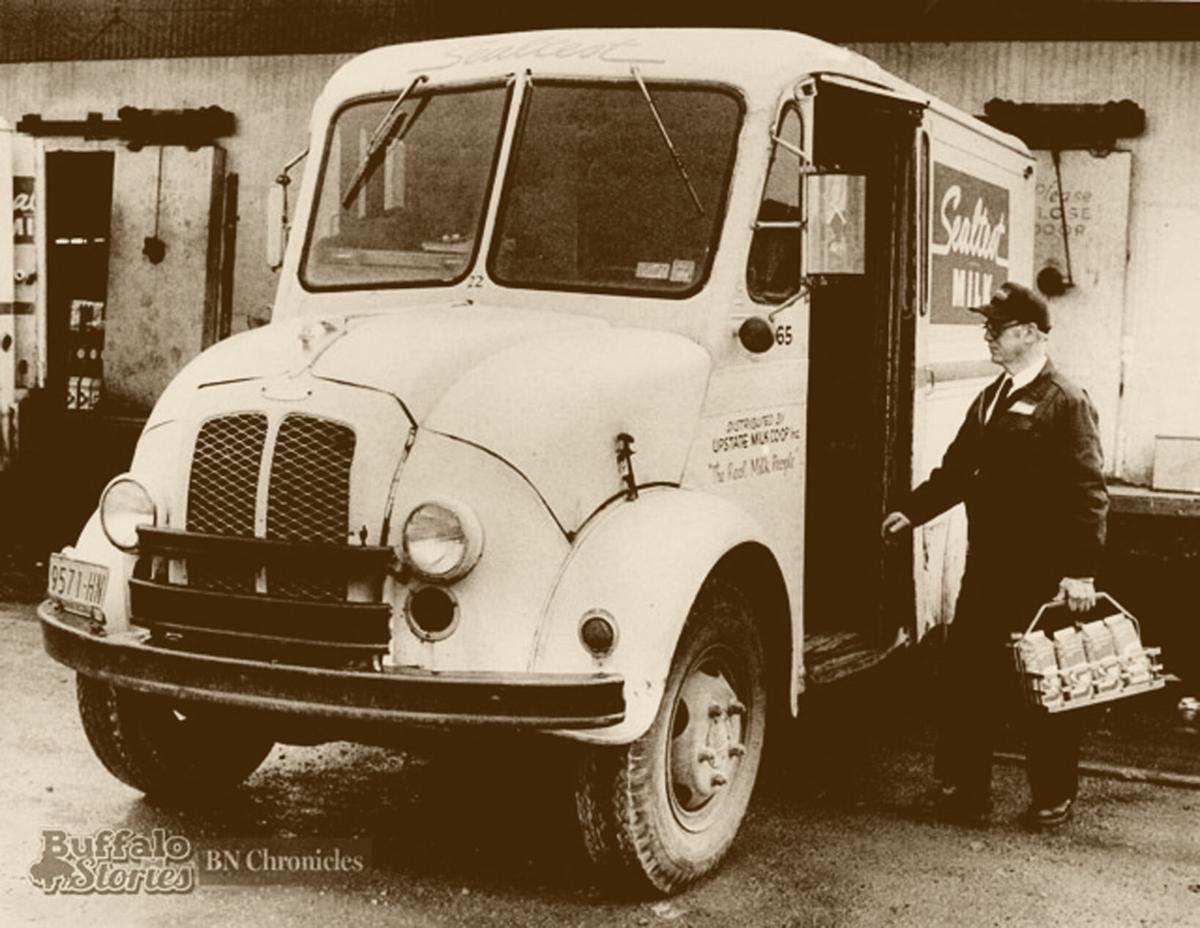 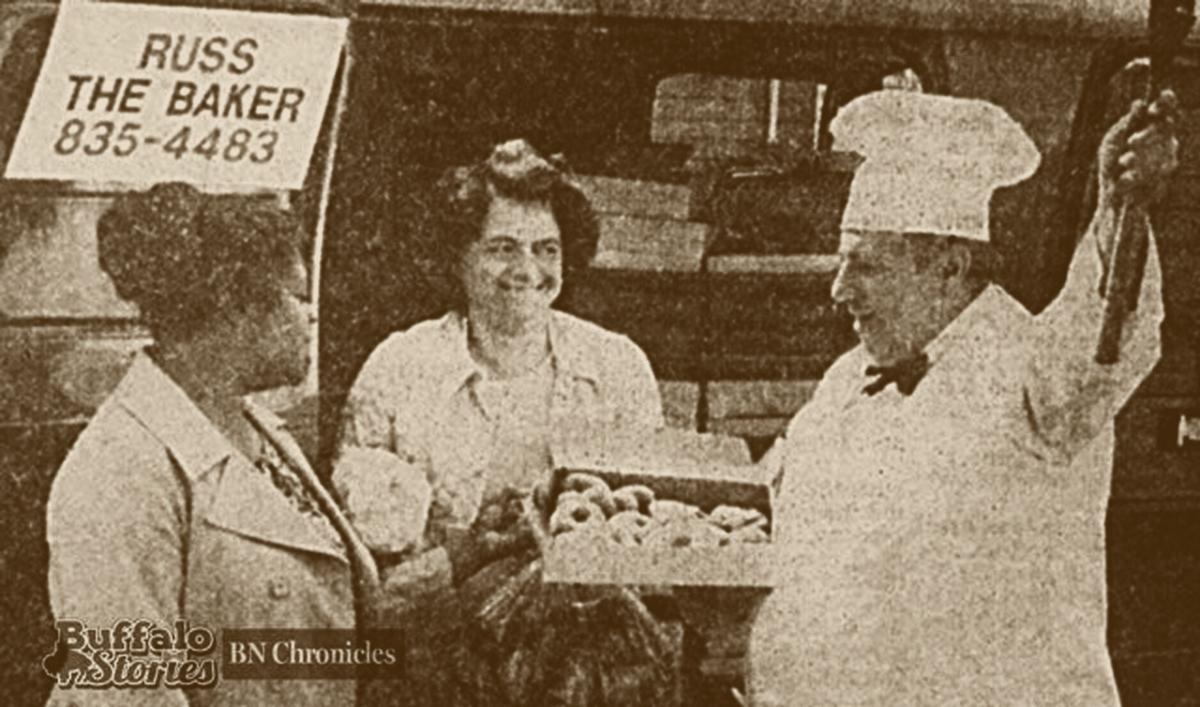 Russ the Baker stands at the back of his truck. 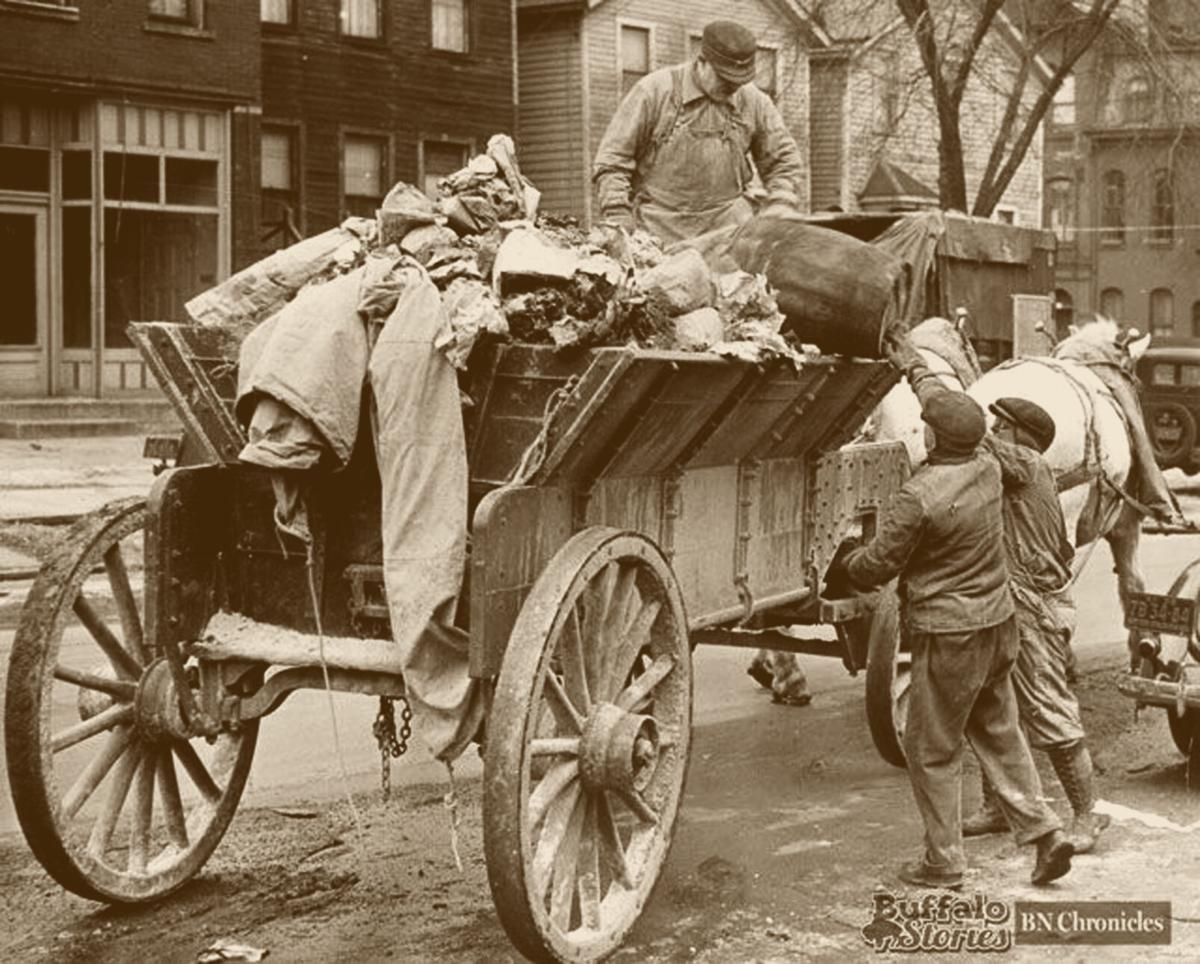 Buffalo’s earliest municipal trash men, shown here in 1938, picked up mostly ash from fireplaces and only the most useless offal—with most “garbage” being either recycled, reused, or sold to the rag man.