Chipped plaster on the wall of an apartment in Langfield Homes in Buffalo. (Derek Gee/Buffalo News) 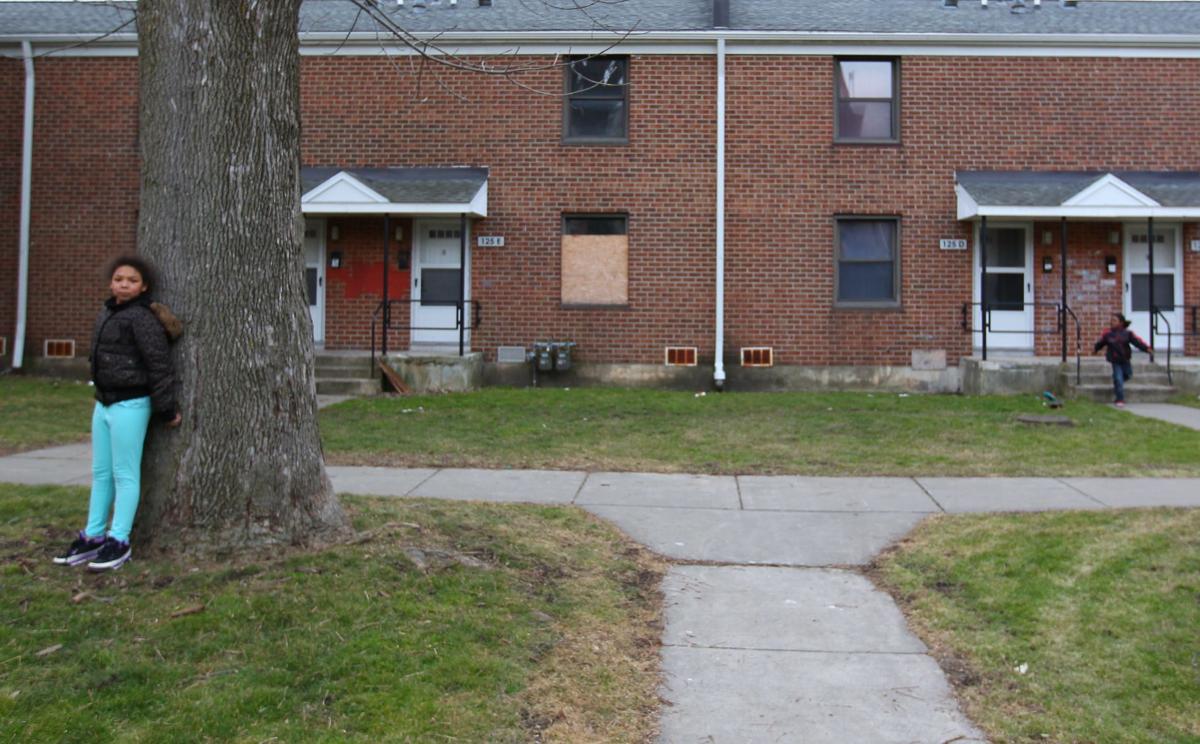 Failing scores were awarded in 12 percent of the public housing complex inspections conducted in New York State in the past five years.

Just over half of the 46 failures – 24 – were in New York City, where the bulk of the state's public housing is located, and the bulk of 374 inspections were performed by the U.S. Department of Housing and Urban Development. The other 22 failing grades were spread out around the rest of the state – everywhere from Long Island and the Mid Hudson to Central and Western New York, according to a Buffalo News analysis of inspection scores released by HUD.

Search the database below by county to see the scores for public housing developments located there.

The lowest ranked public housing development was Hartley Houses in Westchester County, which scored a 25 when inspected in 2016. Hartley Houses was originally built in the 1940s as five high-density high-rise buildings.  The New Rochelle Housing Authority in 2016 had been in the midst of a multi-phased plan to demolish Hartley House, and replace it with what is now called Heritage Homes.

Others in the bottom five were all in New York City or Westchester County, with none scoring above 38.

At the other end, one New York City housing complex made the best-of list, as did two from Long Island, three from the North Country, and one from Western New York. Each of the seven scored a 99.

Erie County Executive Mark Poloncarz plans to address the public after Gov. Andrew Cuomo announced that much of Erie County is labeled a "yell…

Chipped plaster on the wall of an apartment in Langfield Homes in Buffalo. (Derek Gee/Buffalo News)