A dog breeder looking for her next show dog found what looked like the ideal puppy on the internet. The purebred English Labrador lived in Poland. Further research revealed a great lineage, a perfect body and that elusive “it” quality.

He arrived at Portland International Airport in Washington. She picked him up, believing he could one day win an award at the Westminster Kennel Club Dog Show.

“He was something else,” said Rebecca Bloom, who owns Secret Garden Labradors. “He needed a flashy name — something royal — something the judges would remember.”

She called him Duke.

And then, it all fell apart when he was in the ring at a big dog show.

“The judge went to pet Duke’s back,” said Bloom, “the way a judge does when they inspect a dog. Duke lay down on his back, rolled over and wanted the judge to pet him.”

Bloom and her team tried to teach Duke not to move when a judge touched him. He lay down again. And again. No amount of training would change him.

So, Bloom called her friend Lindsay Chavez to say she had the perfect dog for Chavez's program: Healing Hounds, an organization that provides clients with service dogs.

Danielle Santilli became a volunteer puppy raiser at Healing Hounds in 2015 after the death of Frankie, the family’s beloved dachshund-poodle. She didn’t feel emotionally ready to adopt again, so she thought volunteering would be the perfect way to bring a dog into the home without getting too emotionally involved.

She was trained by Chavez, earned her certificate and brought home her first dog.

“Our job was to get a dog used to being around people and learn how to socialize,” said Santilli, a certification supervisor for child welfare at the Oregon Department of Human Services.

“Where we went, the dog went,” she said. “Grocery store, church, you name it. … Then the dog would go back to Healing Hounds to be trained and eventually matched with a client.”

By 2020, Santilli had socialized six dogs, all of whom became successful service dogs. During a visit to Healing Hounds that year she learned about Duke, a newcomer Chavez described as being "too friendly to be focused." Santilli volunteered to see what she could do.

“We kept working with him,” said Santilli. “Then we took him back to the Healing Hounds program for the intensive training.”

Months later, Santilli and her kids decided to check on Duke while he was working in a park with all the trainers and their dogs. The animals were learning to ignore all stimuli and focus on only the needs of the trainer, as they would have to do when they were full-fledged service dogs.

“When Duke spotted us, he couldn’t contain himself,” said Santilli. “He wanted to be with us. Forget the training.”

So, Santilli brought the dog home.

Santilli, 48, worked with nonprofits and enjoyed the work, but she wanted to have a bigger impact. So, she took a job with the Oregon Department of Human Services. She was assigned to the permanency division, which finds foster homes when a child is removed from a home. Santilli has worked there for 17 years.

One night in 2020 when she was on-call at home, Santilli received word about a boy who had run away from his foster care. Authorities found him and took him to the DHS office. They needed someone to talk with the boy, and it fell to Santilli.

On a whim, she decided to bring Duke with her to work. She watched how Duke, calmly and slowly, walked toward the boy. The boy told her he hadn't pet a dog in years and asked if he could touch Duke. Santilli said yes. Duke loved the attention and snuggled in close, resting his head on the child’s lap.

“The boy and I talked for at least an hour,” said Santilli. “Duke comforted him the entire time. At the end, the boy asked if he could come see Duke again. That was an automatic yes.”

The encounter helped Santilli realize what had held Duke back in service training was actually his greatest gift: his big heart.

She asked her district manager what he thought about her using Duke as a therapy dog to help children and caseworkers. After a couple of pitches, Santilli’s boss told her to make a formal proposal for a pilot program.

The pilot was successful, and the Duke therapy program is now an official part of the Oregon Department of Human Services.

Duke works with Santilli where he meets children, caseworkers and families.  On average, Duke visits with more than 600 people a month. He is most often found in the Trauma Room.

“It’s the room where we talk with the children,” said Santilli. “During an interview, a child might feel ashamed to talk. But sitting with Duke makes them feel less traumatized about what is happening in their life.”

A show-dog medal or a service-dog vest may not be for Duke, but he does wear an official Oregon Department of Human Services badge.

Photos: Duke the therapy dog, a canine with a big heart

Get a dose of adorable in your inbox

Receive local adoptable pets PLUS updates for pet lovers in your inbox every week!

Snoop Dogg is reaching out to new customers: actual dogs. The rapper is expanding into pet fashion with Snoop Doggie Doggs.

It's the feline equivalent of being 120 human years old.

The 25 most popular cat breeds in the US

More than 45 million Americans own a cat. Here are the 25 most popular breeds.

My Pet World: How to build a community cat shelter for the winter

These cat names are the most popular in US, according to Rover.com

Cat owners can't get enough of two pet names, and they now rank as the most popular in the United States.

My Pet World: Talk to your vet about your pet’s euthanasia before that day comes

My Pet World: An adopted dog needs help adjusting to his new home

Sometimes a subscription detox can be great for your health

Why you feel tired after eating a big holiday meal

Why you feel tired after eating a big holiday meal

Survey: Vegetarianism is on the rise in the U.S.

Survey: Vegetarianism is on the rise in the U.S. 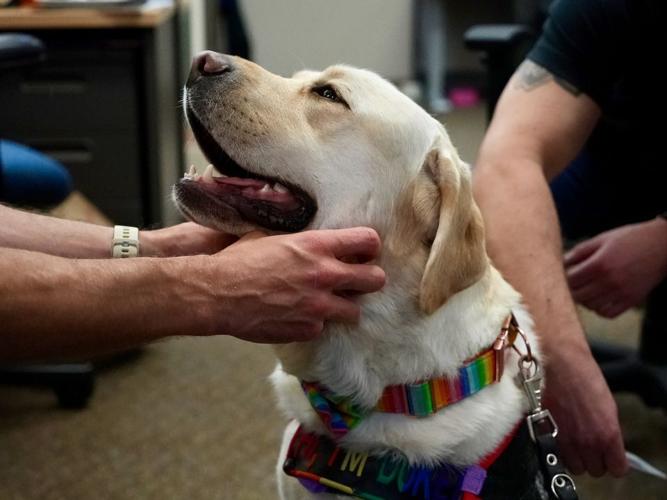 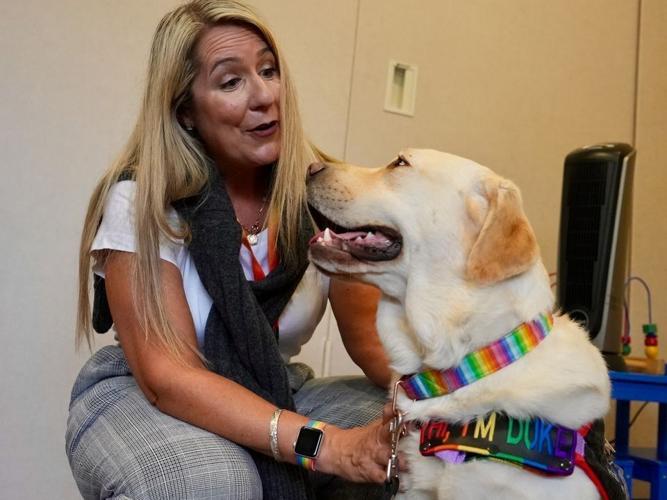