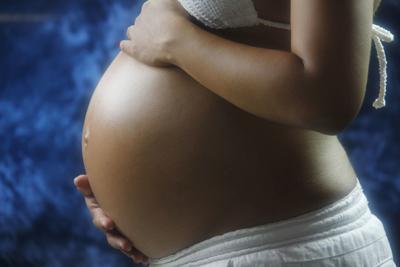 A new study suggests that pregnant Black women are at highest risk for adverse birth outcomes due to the environmental effects of climate change and pollution.

The analysis, published in JAMA Network Open, looked at dozens of studies related to outcomes of almost 33 million births, to see if increases in air pollutants or heat exposure related to climate change affected preterm births, low birth weight, and stillbirths across the United States.

The authors found there was “a statistically significant association” — meaning the findings are not due to chance — between increased heat, ozone, or fine particulate matter and problems related to pregnancy.

Among the groups most affected by rising temperatures were people with asthma and minority groups, especially Black women, the authors stated.

The study adds to a growing collection of medical literature focusing on addressing the disproportionate rates of maternal and infant mortality, as well as long-term health problems that Black mothers and babies face in the United States. Some studies have found that Black women face three to four times the risk of dying after giving birth, compared with white women.

The researchers examined 1,851 studies published from January 2007 to April 2019 and focused on those that looked at possible associations between air pollution or heat and obstetrical outcomes. Of those, 68 met the researcher’s study criteria.

A major pollutant, known as PM2.5, was examined in many of the studies, as was heat exposure. PM2.5 are very fine, inhalable particles of 2.5 micrometers in diameter or less, 1/30th the width of a human hair. Most form in the atmosphere from pollutants emitted by power plants, industry, and automobiles.

Urban areas tend to be ringed by more congested highways than homes in the suburbs, and have a higher density of automobiles overall. The study found that “residence in urban areas with higher exposure to air pollutants and long-term high levels of stress are known to contribute to adverse obstetrical outcomes.”

“Women with asthma may be particularly susceptible to adverse outcomes, such as preterm birth and stillbirth, in association with PM2.5 exposure during gestation. Among racial/ethnic groups, our findings suggest that Black mothers are at greater risk for preterm birth and low birth weight,” the authors wrote.

Separately, the U.S. Environmental Protection Agency is reporting a sharp decline across the nation in PM2.5, with a 47% decrease in the Northeast between 2000 to 2019. The closing of coal-fired power plants and increased auto emission efficiencies are likely reasons. The EPA has set a standard of an average of 12 micrograms per cubic meter of air for PM2.5.

Heat exposure can contribute to premature births because of dehydration and premature rupturing of membranes. It also can mean reduced blood flow, which can impair fetal growth. These complications can lead to stillbirths, premature labor, or damage to the placenta.

“This review suggests that increasingly common environmental exposures exacerbated by climate change are significantly associated with serious adverse pregnancy outcomes across the U.S.,” the authors wrote.

Amid coronavirus, new mothers fear for their babies

The coronavirus outbreak has shattered the plans new mothers dreamt of for months.

How to hire a babysitter during the pandemic

In the yellow phase, child-care centers and day camps can resume. But not everyone feels comfortable yet sending their kids into environments …

More pregnant women ask about home births due to COVID-19

Laura Adkins was six months pregnant with her third child when she decided to have a home birth.

Many families are debating if, when and how they might travel in the weeks and months ahead. If you are pondering the possibility of air trave…

5 tips on how to stay safe while boating

5 tips on how to stay safe while boating

U.S. Birth Rates Drop to Lowest Rate in 35 Years While the Fertility Rate Drops to Lowest Number Since 1909

U.S. Birth Rates Drop to Lowest Rate in 35 Years While the Fertility Rate Drops to Lowest Number Since 1909