Jinge “Jay” Hu’s passion for gardening goes far beyond his own meticulously maintained beds and exuberant container plantings. He enjoys talking about other gardens, including some from his past and others he recently discovered.

Hu visited many gardens on local walks and tours this summer and posted his praises on Facebook. He also recalls his grandparents’ grapevines, figs, persimmons and roses in their courtyard garden in China and how his grandfather, 95, still gardens. He describes how his father’s fondness for Jasmine sambac, Michelia alba, gardenia and other plants with fragrance nurtured his own interest in them. And he expresses the satisfaction of volunteering on the Village of Williamsville Beautification Committee and the Events Committee for Gardens Buffalo Niagara.

“Gardening is about sharing and giving. I believe volunteering makes a person complete, and the garden is the best place to bring people together,” said Hu, whose garden was on the Tours of Open Gardens and Garden Walk Williamsville in July.

“He is a wealth of information. We are so happy to have him as a volunteer and he has donated so many plants for our public gardens, such as a climbing hydrangea in our pocket park,” she said.

Visitors observe the tidiness of Hu’s garden. “It looks like he vacuums his grass,” said Jim Charlier, board member and marketing chair of Gardens Buffalo Niagara.

Since moving into his home in 2014, Hu has created many beds in front, along the sides and in the back.

Hu, who enjoys gardening in the early morning and refers to himself as the “head gardener,” calls his 7½-year-old daughter, Olivia, his “undergardener.” He said his wife, Nan, is “the weeding specialist” since she finds weeding very therapeutic.

“They are my great supporters,” said Hu, who runs a small business, which enables him to have flexibility in his schedule.

A friend named his garden Le Petit Matin, which translates to “the early morning.” Here are some highlights:

• A flower bed with a mix of annuals, perennials and shrubs that attract pollinators borders the driveway. Some but not all are native. Hyssop, rose of Sharon, coneflowers, rudbeckia, sedums, butterfly bush, weigela, zinnias and more are found here. He plans for a continual sequence of blooms; irises and daffodils bloom early.

• His mulch of choice is triple ground hardwood. He uses pine bark in traffic areas.

• Boxwoods are found throughout the garden. Hu said he adds to his collection by buying them on sale at the end of the season. He tends to some of them in a section of his backyard he calls the “boxwood hospital.”

Hydrangeas are another favorite, and his hostas came from friends who divided their own. In discussing his garden, he also points out the striking blue color of annual salvia and notes how much the tiny bees are drawn to the petunias. He describes how the self-seeding annual nicotiana (flowering tobacco) has an amazing fragrance after sunset, how Clematis "Sweet Summer Love” smells like vanilla and how Sweetbay magnolia, native to the eastern United States, has a wonderful lemon-like fragrance.

• Seeing how much his daughter – who said her nickname is “Creeping Jenny,” after the trailing plant – loves gardening, Hu said that he hopes his garden encourages other children to become interested in gardens and nature. During this summer’s Garden Walk Williamsville, Hu invited many kids in the community to visit the garden. He also treated them to lunch from the Kcafe food truck, which specializes in Korean-style burgers and fries and was parked at his home the first day of the walk.

Hu recently shared his gardening philosophy: “I always say every garden has to have a logic, especially the good gardens. Even though the gardeners may not realize it, they do have a certain kind of logic,” said Hu, who has a degree in engineering.

As for the logic behind his own garden: “I try to keep everything contained and in order. I want to have repetition of a certain pattern but I always look for an opportunity to break up the pattern naturally,” he said.

So rather than boxwood placed all in a row, for example, he breaks up that line.

“You want repetition but also variation,” he said.

The SPCA Serving Erie County is cutting its adoption fees in half from Monday through Thursday for all adoptable animals at its main shelter at 300 Harlem Road, West Seneca.

Great Gardening: Reflections on the season's garden walks and tours

"Whatever else you or I observed in this season of garden visits I hope you share the belief that gardening and gardeners are forces for good," writes Sally Cunningham.

Doctor who sexually abused patients kills himself in jail

A once-prominent neurologist who was convicted last month of sexually abusing patients has killed himself at a New York City jail. Dr. Ricardo Cruciani was awaiting sentencing, and faced an upcoming federal trial alleging abuse spanning 15 years. He was found unresponsive Monday in a jail shower on Rikers Island, according to two people familiar with the matter. They spoke on condition of anonymity because they weren't authorized to speak publicly. Cruciani's lawyer has called for an investigation into whether the jail complied with a court order to place him on suicide watch. Prosecutors said Cruciani groomed vulnerable patients by overprescribing painkillers.

The days of forgetting your lunch money are gone — at least in California, the first state to have a statewide free school meal program.

The Kitchn: This is how to make the best-ever egg salad sandwich

Good egg salad should be creamy (but not too mayonnaise-y) with a hint of tang and a little bit of crunch.

For your aging pet, check for these quality of life signs

As pets reach their golden years, they require a lot more health care to stay healthy and happy. Here are some helpful expert tips.

Senate climate bill has West Virginia written all over it

The sprawling economic package passed by the U.S. Senate this week has a certain West Virginia flavor. There’s the focus on energy, including billions of dollars in incentives for clean energy but also renewed support for traditional fuel sources such as coal and natural gas. Those provisions were added as the price Democrats had to pay to win West Virginia Sen. Joe Manchin’s all-important support. And the package includes big boosts for national parks, low-income people needing health care and coal miners with black lung disease, which are all measures likely to impact Manchin’s constituents back home. Manchin is a conservative Democrat who chairs the Senate Energy and Natural Resources Committee. He was a key vote needed to pass the package and send it to the House.

Len Dawson, the 87-year-old Hall of Fame quarterback who led the Kansas City Chiefs to their first Super Bowl title, has entered hospice care in Kansas City. KMBC-TV, the Kansas City station where Dawson began his broadcasting career in 1966, confirmed Dawson is in hospice care through his wife, Linda. The MVP of the Chiefs’ 23-7 Super Bowl victory over Minnesota in January 1970, Dawson was elected to the Pro Football Hall of Fame in 1987 and received the Pete Rozelle Radio-Television Award in 2012. In addition to his work at KMBC where he was the station’s first sports anchor, Dawson was a game analyst for NBC and the Chiefs’ radio network and hosted HBO’s “Inside the NFL” show.

The nation’s top public health agency is relaxing its COVID-19 guidelines and dropping the recommendation that Americans quarantine themselves if they come into close contact with an infected person. The Centers for Disease Control and Prevention also said Thursday that people no longer need to stay at least 6 feet away from others. The changes come more than 2 1/2 years after the start of the pandemic. They are driven by a recognition that an estimated 95% of Americans 16 and older have acquired some level of immunity, either from being vaccinated or infected.

How artists are reviving Mexico's groundbreaking muralism a century later

Artists in a small Mexican town are using their talents to revive muralism, a movement that put the country at the vanguard of art a century ago.

'Gifted' dogs have this wonderful trait in common

Tips for improving your heart health after COVID

Tips for improving your heart health after COVID

How alcohol can disrupt health sleep

How alcohol can disrupt health sleep 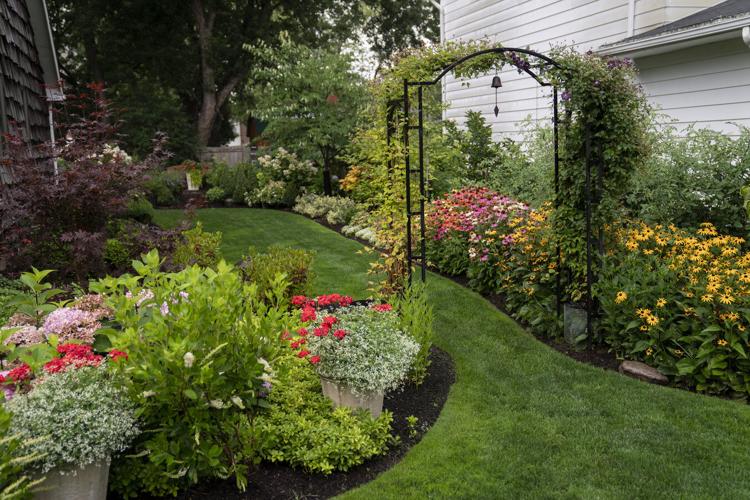 An arbor leads to the backyard at the home of gardener Jinge "Jay" Hu and family. 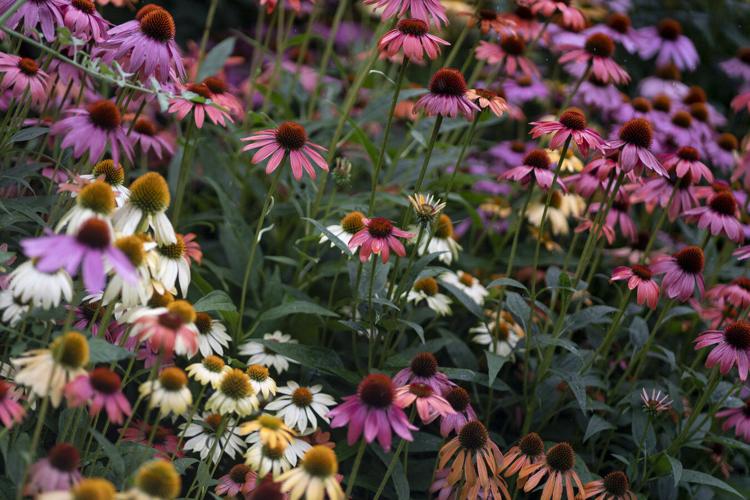 Flowers brighten a rainy July morning in the garden. 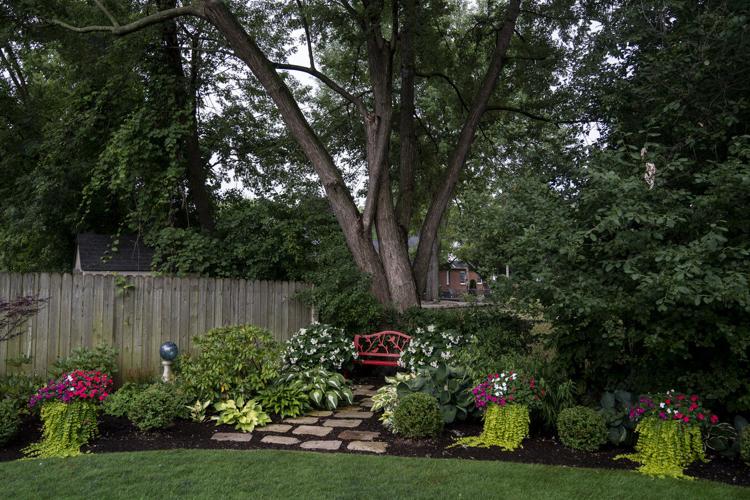 A bench in a backyard section of the garden.