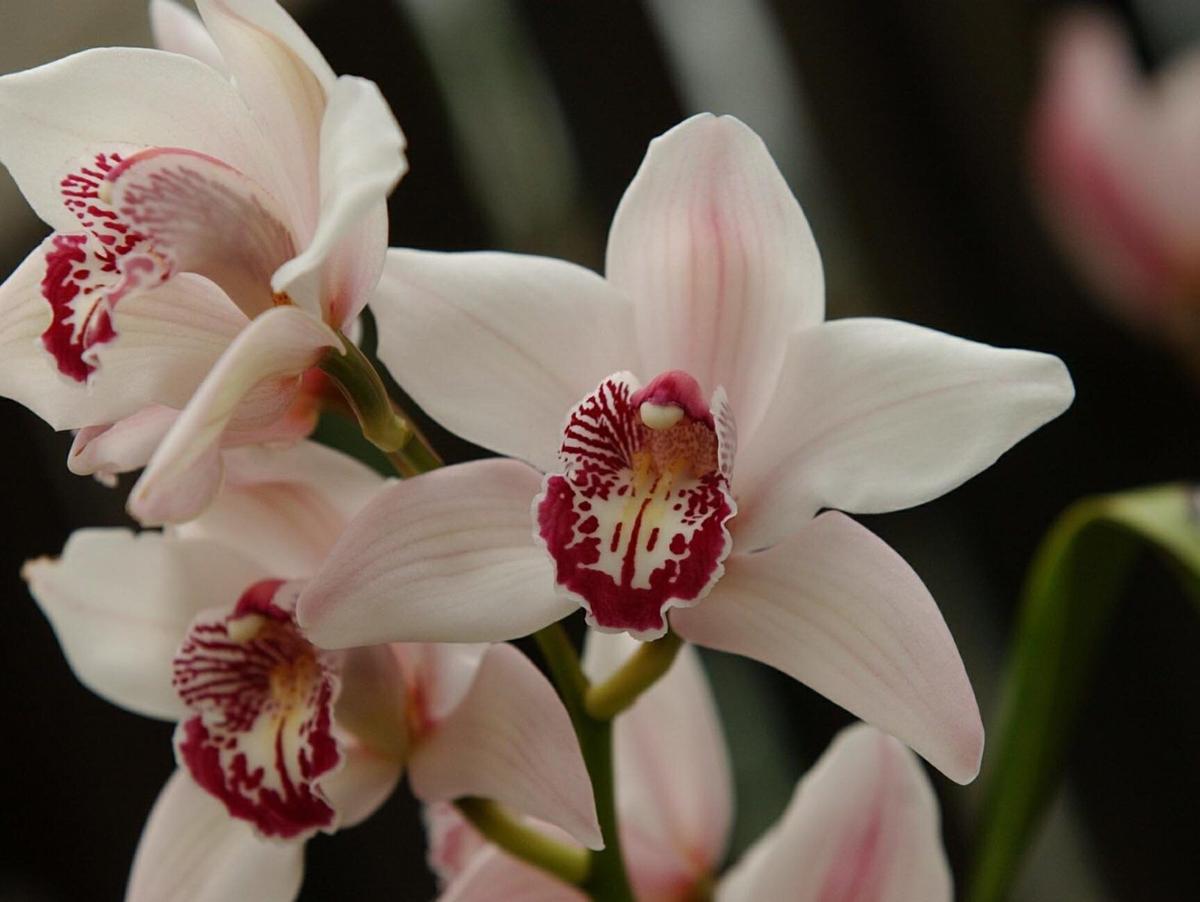 A cymbidium orchid is a real show-stopper. (News file photo) 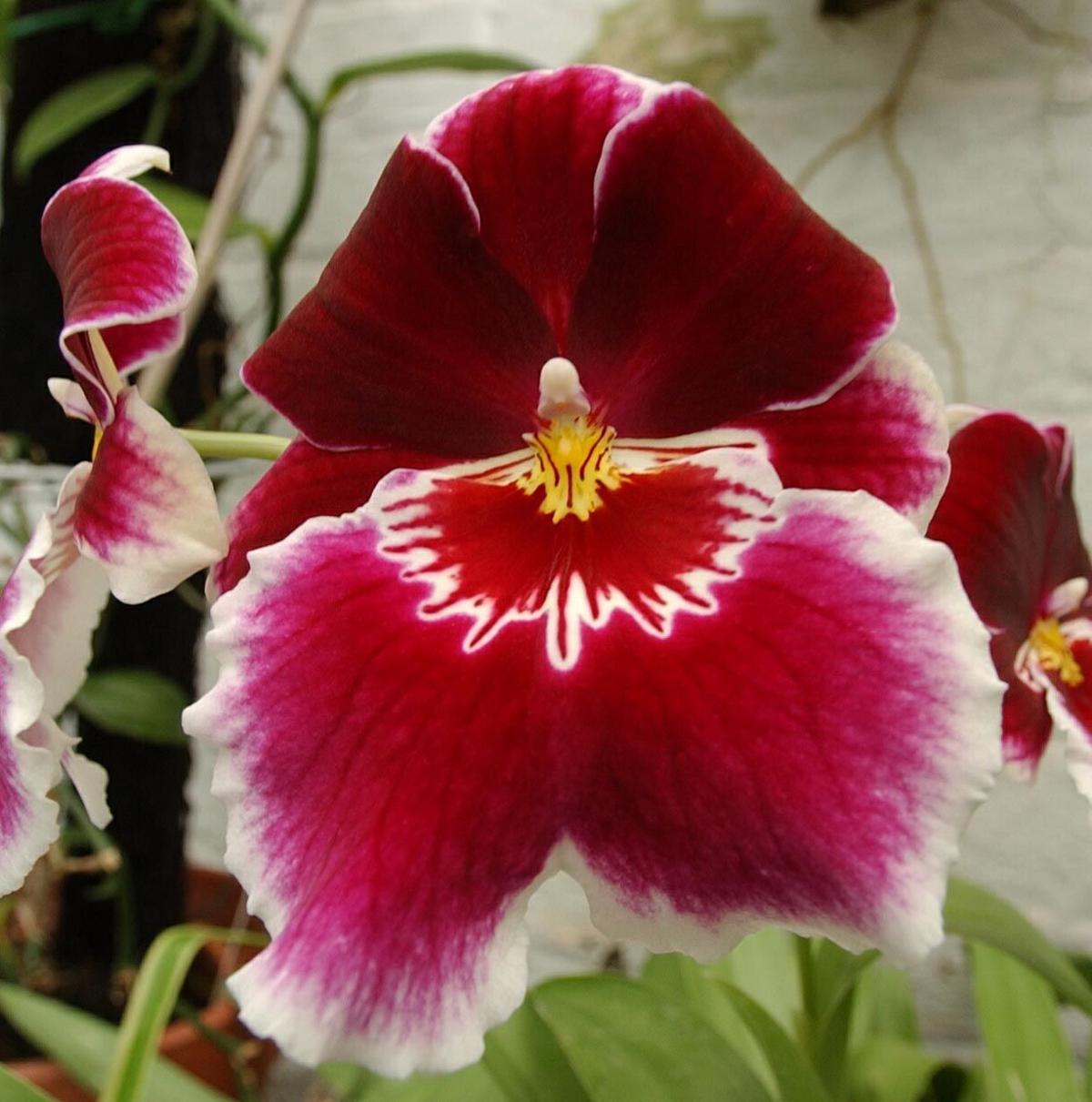 February is orchid season for orchid lovers, and it could be for you too. First come the shows all over the country, attended by thousands. If you can travel, the New York Botanical Garden is presenting its 16th one (through April 22). If you’re getting to the Philadelphia Flower show, also see the thousands of orchids at Longwood Gardens (Kennett Square, Pa.) until March 25.

Closer to home the Niagara Frontier Orchid Society presents orchid displays, education, and vendors within the balmy setting of the Buffalo and Erie County Botanical Gardens March 3-4. Even people who don’t adore plants will savor the botanical garden environment â warmth, light, humidity and flowers in winter. Take someone who hasn’t been there lately. There’s nothing not to like.

I am writing now for non-orchid fans â those of you who think orchids aren’t for you. Orchid collectors don’t need to be encouraged to choose these plants or see these shows, but everyone else might be surprised what’s there for you.

Here’s the possibly surprising scoop about orchids: There is probably no plant with a worse or more unfair reputation attached to it. People say: “Oh they’re so finicky … I don’t have a good window for them … I tried one once and it died.” Or they say: “I had one as a gift and it was really nice, but I couldn’t get it to flower again. I gave up.”

Here’s reality: Many orchids grow very well in typical indoor temperatures (65 to 75 degrees) The flowers generally last for many weeks â longer than almost any other flowering plant. Several kinds do fine with bright, indirect light indoors. A typical home is fine for several kinds of orchids.

Orchids you may see

Experts at orchid shows can help you choose orchids for your home â just describe the light and conditions. Here are some of the possibilities, including a few you will find at garden centers and certain Western New York grocery stores.

• Phalaenopsis (“moth orchids”) are called beginner orchids because they are very tolerant of imperfect conditions and treatment, including temperatures in the upper 70s. They usually bloom for two or three months, and do that once or twice a year. A tip for buying or giving one: Count the buds on the stems, rather than focusing on the opened flowers.

• Dendrobium is another tough one â tolerant of dry air and flexible about indoor temperatures.

• Vandas do best in a hanging basket with lots of air circulation around their roots. If you grow them in pots, provide support for the tall stems. They will bloom indoors, given warm temperatures and excellent light.

• Cymbidiums are show-stoppers for their long flower spikes with 20 or 30 flowers on each, and long strappy leaves. They do best in cool rooms, not to exceed 70 degrees, with bright light.

• Paphiopedilum (Lady Slipper Orchids) are the ones with the little pouch and colorful, sideways flaring petals. They can bloom inside with bright, indirect or fluorescent light. Humidity is especially important, and cool nighttime temperatures (below 65 degrees).

• Miltonias (Pansy orchids) offer outstanding fragrance and adorable blooms. They flower for four to six weeks on thin, arching stems. They are particularly demanding about humidity so provide water trays and aim for sixty percent humidity.

From the preceding notes you can see that orchid requirements vary, but you can count on some general needs: good light, increased humidity (compared to hot, dry houses), warm daytime and cooler nighttime temperatures, and careful â never excessive â watering.

If you are a gardener and have killed an orchid (as I have), the most likely reason is that you followed your instincts and habits. Then you over-watered it or you used regular soil or potting mix. It is important to understand this: These plants are not much like other foliage or flowering houseplants.

Watering is all about the roots: Most orchids are epiphytes â plants that naturally cling to trees or other structures. The roots have a membrane that soaks up water and clings to rough surfaces. The membrane tells the plant (and you) when it needs water. The dry membrane is silver or white, and a watered root is usually greenish.

When you water, do so thoroughly whether it’s under the tap or by dunking in water, and then drain well. Water in the morning. Too much water rots them. Never, ever let an orchid stand in a dish of water. Learn to read the roots â but when in doubt, hold back.

Orchid potting mix is not soil: Experts will match your orchid with the right coarse or finer orchid planting medium â pine bark nuggets, or pellets made of clay or charcoal. It’s not soil. Some epiphytes even do well wrapped in a bundle of moistened moss and hung from bark or wall-plaques.

Humidity, light, heat: Orchids prefer humid environments like their tropical origins, although some demand it more than others. Do whatever it takes. Orchids mostly want bright, indirect light, and nights that are cooler than daytimes.

Fertilizer: Use orchid fertilizer as instructed.

Re-potting and re-blooming: It’s not that difficult but people get intimidated. After some flower, you cut the stem back to an inch or less above the foliage; some say the second node. A cool nighttime temperature (55 degrees) sometimes stimulates bloom. (Get specific instructions per species.) To re-pot, remove the dead roots (dark and soft) and put the trimmed plant in an orchid pot in orchid mix. Soak for 20 minutes in tepid water, and then drain well.

Now, learn more. Go to a show. See the exquisite orchid varieties and ask questions. At least one plant is waiting to go home with you.

Watch Now: Tips to get the most out of your home security system

Watch Now: Tips to get the most out of your home security system

Things to avoid in the kitchen with toddlers

Things to avoid in the kitchen with toddlers

Should you rent or buy a home? Ask yourself these 3 questions

Ultimately, the decision comes down to your financial fitness, how long you plan to live in the home and what your cash flow looks like.

Any way you slice it, these kitchen knife brands make the cut

The right knife is a foundational tool for any cook. Here's a guide to the best kitchen knife brands for every need so you can pick the right ones for you.

Ask the Builder: How to repair cracked backsplash grout

Q: The grout line between my kitchen granite countertop and the tile backsplash has cracked for the umpteenth time. Each winter the crack appears, and each year I re-grout it hoping it will be the final time. Am I using the wrong grout? How would you repair this, and why does the crack disappear on its own in the summer? I have the same issue with other cracks around my home that mysteriously open and close depending on the time of year. --Gary K., Columbus, Oio

For an eco-friendly bathroom, design it to be as water-efficient as possible.

When life hands you lemons, here’s what you can do with them.

How to prevent indoor rodent invasions

The best way to deal with rodent problems is to prevent rats and mice from ever getting inside in the first place. That can be easier said than done.

Every parent knows just how much kids love drawing on the walls—and they probably have their own horror story of checking up on play time to find a marker mess to prove it. With a chalkboard wall, your kids can draw away without the messy cleanup. Here are two different ways to create a chalkboard wall.

Q: You co-authored an article a few years back about a homeowner that faced a seller that hid defects in their home. In the article it mentioned an asbestos issue.

Home & away: Add world travel to your interior design

World travel and global experiences play a big role in architecture and interior design. Here are tips to help you add global elements in your home.

The cities with the highest (and lowest) rental vacancy rates

The pandemic has disrupted many aspects of life, and some of the most significant shifts have occurred in housing. A combination of factors could lead to high activity in some parts of the rental market while creating uncertainty or vulnerability in others.

A cymbidium orchid is a real show-stopper. (News file photo)