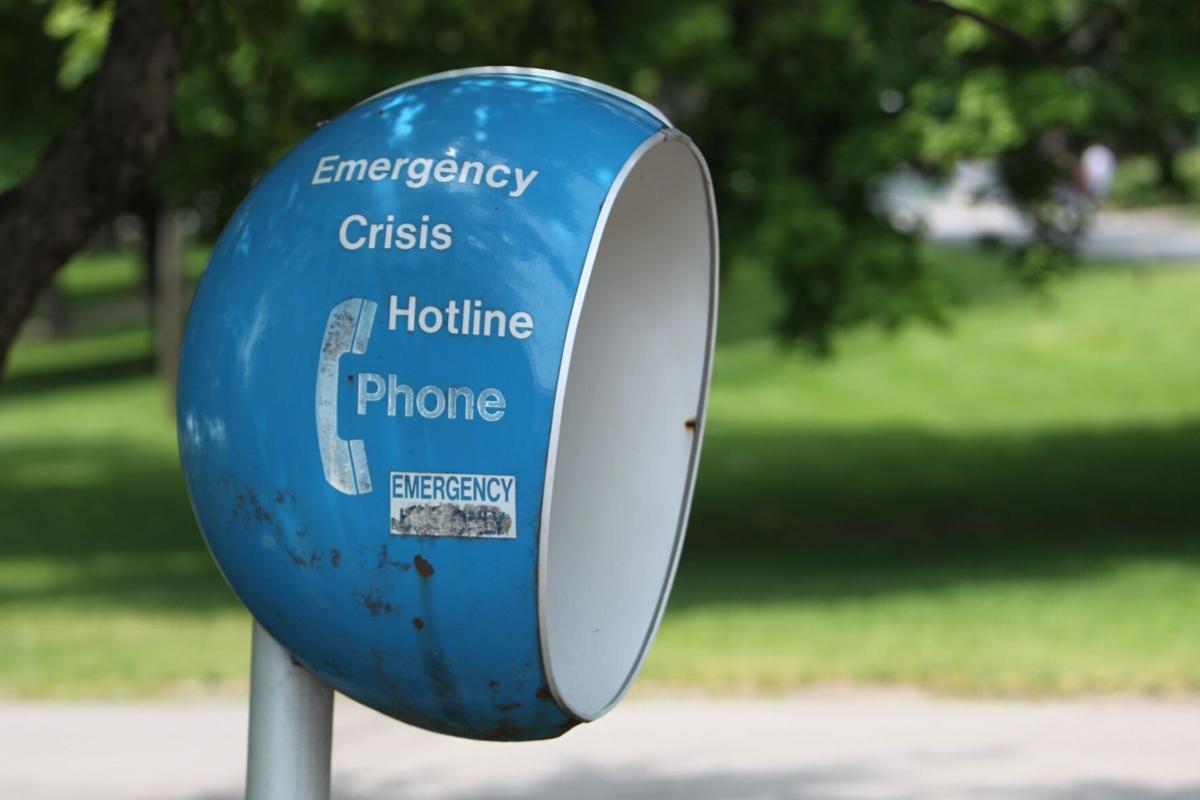 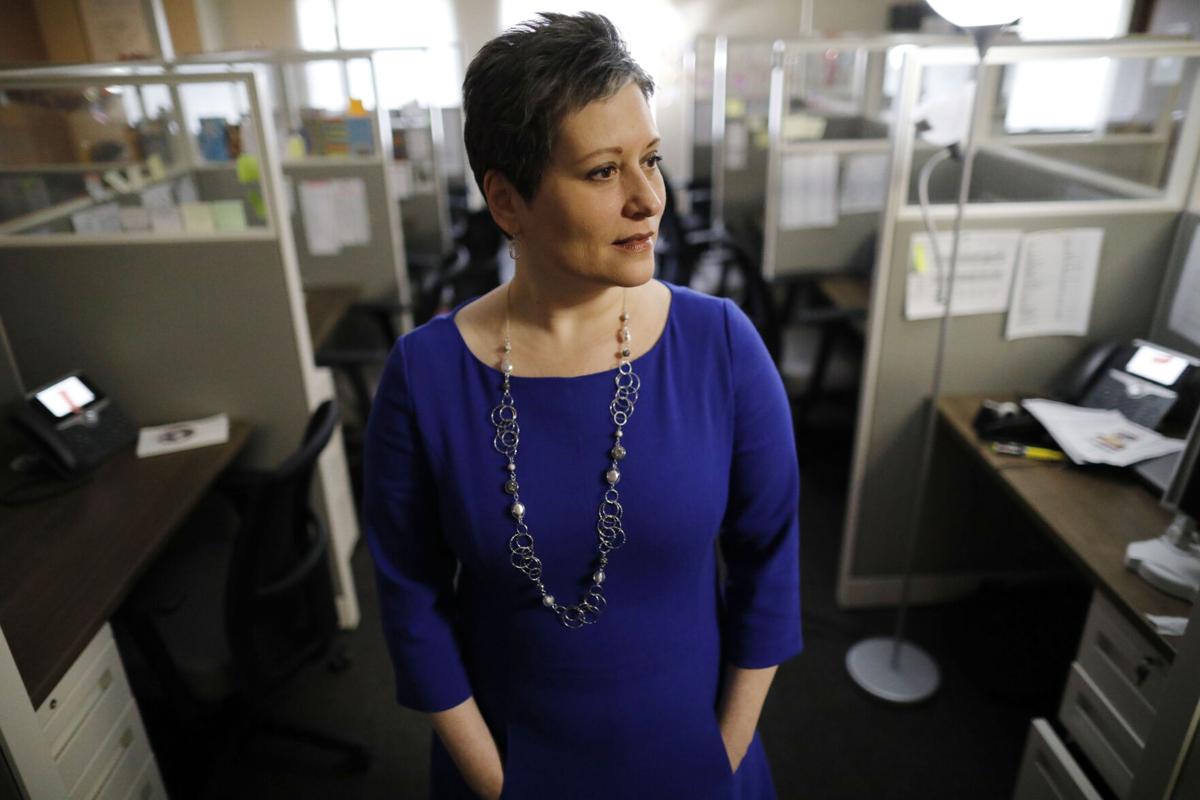 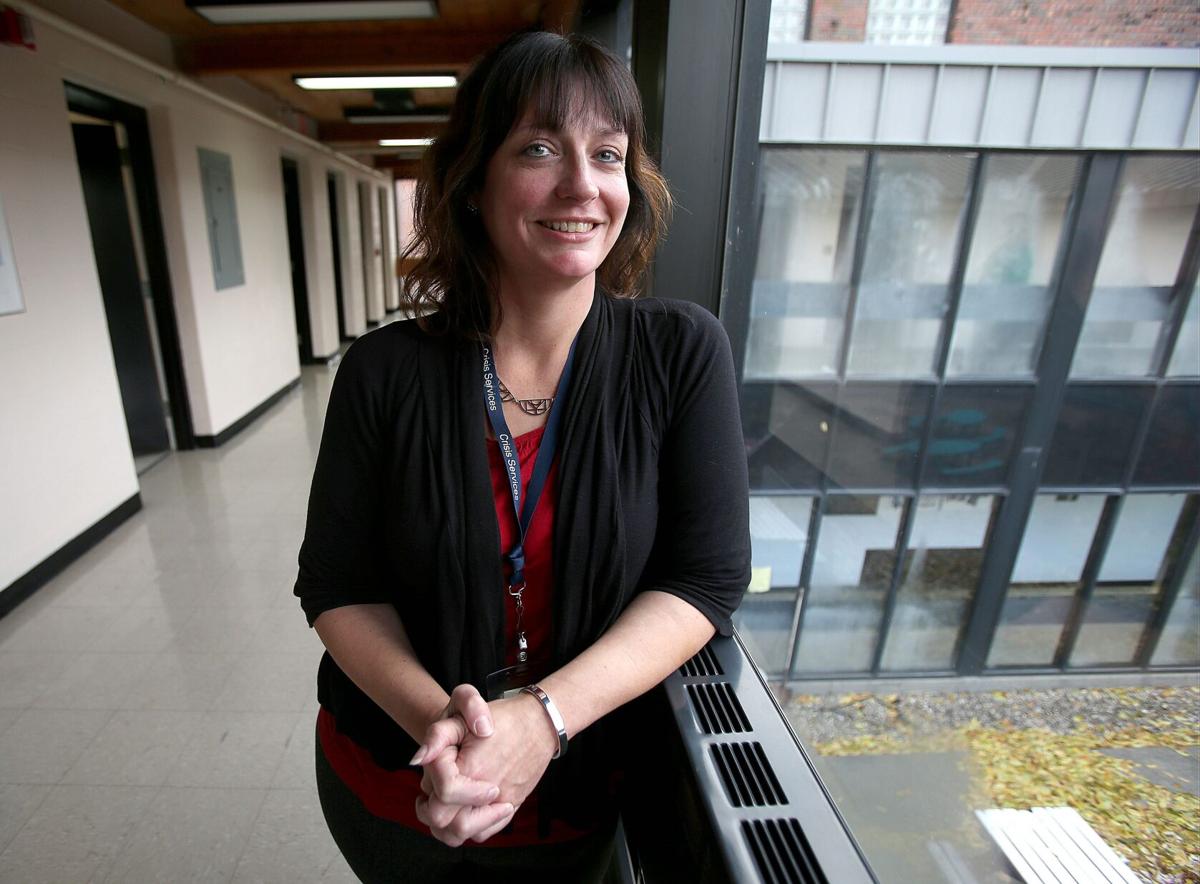 Antoinette Steinbarth has had nearly 19 years to think about the day her husband jumped off the Skyway to his death.

She knew her husband, Andy, had bipolar disorder, but it was largely under control. The young couple had just spent a great weekend together – the happiest they’d had in months. She thought nothing of letting him take the family car to work instead of driving him, as she usually did.

“I'm gonna be 49 this year and I was 30 back then,” she said, “so as I mature, I look back and I wish I could have had the opportunity to do things a little bit differently. I didn't understand my husband’s illness. Nobody explained it to me.”

Times like recent weeks in the region, when two suicides and a suicide attempt have been in the news, can bring extra weight for Steinbarth and others who have lost loved ones in similar fashion.

Still, she and leading mental health experts say there is hope – and help – for those who may be on a path toward suicide, as well as their families and loved ones.

Suicides rarely make the news. Most media outlets limit stories to those involving well-known figures in the community or to provide accurate information in cases where the death or attempt was done in public. There were three such incidents in Buffalo Niagara in the last five weeks.

A Canadian woman died by suicide June 6 when she jumped off the Peace Bridge.

A man committed suicide July 1 by jumping from the Liberty Building downtown.

The names and ages of those who died have not been released by law enforcement officers on either side of the border.

[Where to get help: Warning signs of suicide and who to call for help]

These incidents occurred during an era of concerning suicide rates. U.S. rates climbed 25% from 1999 to 2016, and nearly 29% in New York State, according to the Centers for Disease Control and Prevention.

More than 47,000 people in the United States died by suicide in 2017, more than twice the number of those killed by homicide, according to the CDC.

That is an average of 129 suicides every day in America – roughly the same number that take place each year in Erie County, said Dr. Yogesh Bakhai, chief of service in psychiatry at Erie County Medical Center.

Ninety percent of all people who die by suicide have a mental health disorder at the time of their death – though only about half have been diagnosed with one.

At Crisis Services, hotline counselors handled more than 5,600 suicide-related calls in 2018. So far this year, the rate has remained about the same – just over 2,700 for the first half of the year, Pirro said. The calls included people who were having suicidal thoughts as well as people seeking help for someone they were worried about.

That's something people in the suicide prevention community strongly encourage.

But don't just tell them that they should seek help, mental health counselors say.

"You want to find a way for them to get some treatment. It may be through calling the hotline or reaching out to Mental Health Advocates of WNY to get a referral,"  said Dr. Celia Spacone, coordinator of the Suicide Prevention Coalition of Erie County.

And if a suicide attempt seems imminent, call Crisis Services or 911 immediately, they say.

Bakhai, also vice chairman of psychiatry in the University at Buffalo Jacobs School of Medicine and Biomedical Sciences, has no direct knowledge of those involved in the recent public suicide-related incidents – but he wouldn’t be surprised if none of those involved had ever seen a psychiatrist or mental health counselor.

Steinbarth and Bakhai said those contemplating suicide often leave clues in their language and behavior that they are struggling with life itself.

Risk factors for suicide include a diagnosed mental illness, substance abuse, a family history of suicide, a serious medical condition or severe pain.

Situational risks include the death of a close loved one, a big financial hit or loss of a job, a relationship breakup, an arrest, or bullying. Access to methods of suicide during these periods can raise the risk.

The best way to prevent suicide is through early detection, diagnosis and treatment of depression and other mental health conditions. People in the throes of a mental health crisis do not think clearly and need help from a professional – as do those suffering from any health crisis.

Most, but not all, of those who die by suicide exhibit warning signs, according to the American Foundation for Suicide Prevention.

At the same time, Steinbarth said, loved ones shouldn't feel it's their responsibility to prevent suicide – and that's where hotlines, counselors, therapists and support groups can all help.

"They need to be aware of what other services are available," she said. "You're not God."

It's important for people to realize that sometimes suicides can't be prevented, health experts said.

The grieving process – particularly early on – leaves many who have lost loved ones wondering whether they could have done anything to change the outcome, to have extended a life of someone they miss badly.

Steinbarth did so herself, but she said time, support from others and working in the mental health field after her husband's death have given her greater perspective.

Life can be a grind, she said, and in the end, you do the best you can to help a loved one maneuver through such challenges as mental illness, addiction and trauma.

“As a clinician, my job is to do the best I can, and I cannot predict the future,” Steinbarth said. “I cannot read someone's mind. I don't have that skill, and neither do family members.”

Erie County was recently selected to take part in a state project to review suicide deaths to look at patterns or trends to help create prevention and outreach effort. "The more we can learn the stories of our community, it might help us to create a more targeted effort for prevention and outreach," Pirro said.

Studies have shown that have family survivors of suicide fare better when they find a new purpose in life, whether it be to support others who have gone through something similar or to find other channels to make lives better for people or other living creatures.

Steinbarth said she is proof of that. She has largely come to terms with the loss of her husband. She has a fulfilling career. She started a new relationship six years ago, one that helps her look ahead and better deal with the gut-wrenching feelings that can come when she looks back to 2000.

“I couldn't have done anything about it but wish I would have had the opportunity to do it,” she said. “I feel like I'm doing more about it now. I feel much more productive now than I did then. My husband isn't the one who's benefiting from it, but other people are.”

The best dog breeds for families with kids

The best dog breeds for families with kids

Which subscription boxes are worth your time and money

Which subscription boxes are worth your time and money

What to do when caught in an avalanche

What to do when caught in an avalanche

Some food can aggravate or help relieve stress. Here are some simple food swaps you can make that may help you feel a little bit calmer.

People can say all sorts of strange things in their sleep, but a new study suggests that someone in the middle of a vivid dream can understand questions — and even answer them.

While consumer choice can be a good thing, not all insurance is as essential as the ads make it seem.

Here's why that second coronavirus shot can be such a doozy

So you finally got your coronavirus vaccine. It took weeks of waiting, maybe a few calls before hitting the jackpot with a drive-through vaccination clinic. Or maybe you're a health care worker who got the shot at work.

5 products to help make you a real morning person

Here are some great ways to start your day, and they just might get you one step closer to becoming a morning person.

Fauci: 'Possible' Americans will be wearing masks in 2022 to protect against Covid-19

Dr. Anthony Fauci said Sunday that it's "possible" Americans will still need to wear masks in 2022 to protect against the coronavirus, even as the US may reach "a significant degree of normality" by the end of this year.

Dr. Fauci shifts the timeline on when the general public will be able to get a vaccine

Dr. Anthony Fauci said vaccines won't be available to the "general public" before mid- to late May or early June, he told CNN's Jim Sciutto on Tuesday.

Traumatized and tired, nurses are quitting due to the pandemic

Nursing was more than a career to Rachel Ellsworth. She says she was "called" to the work.

8 ways to fall back asleep after waking in the night

It could be nature's call, the pitter-patter of little feet (No, honey, it's not daytime yet, go back to bed) or a squirrel scampering loudly across the roof over your bedroom -- and suddenly you are awake. Very awake.

It's been almost a year since Michael Reagan, 50, came down with Covid-19.

They thought they got the Covid-19 vaccine. They were part of a trial instead

Covid-19 pushed this nurse to quit her job. See where she lives now

Covid-19 pushed this nurse to quit her job. See where she lives now