What actor Chris J. Handley wears when he's not dressed like Buddy the Elf
0 comments
Share this
Support this work for $1 a month
1 of 3 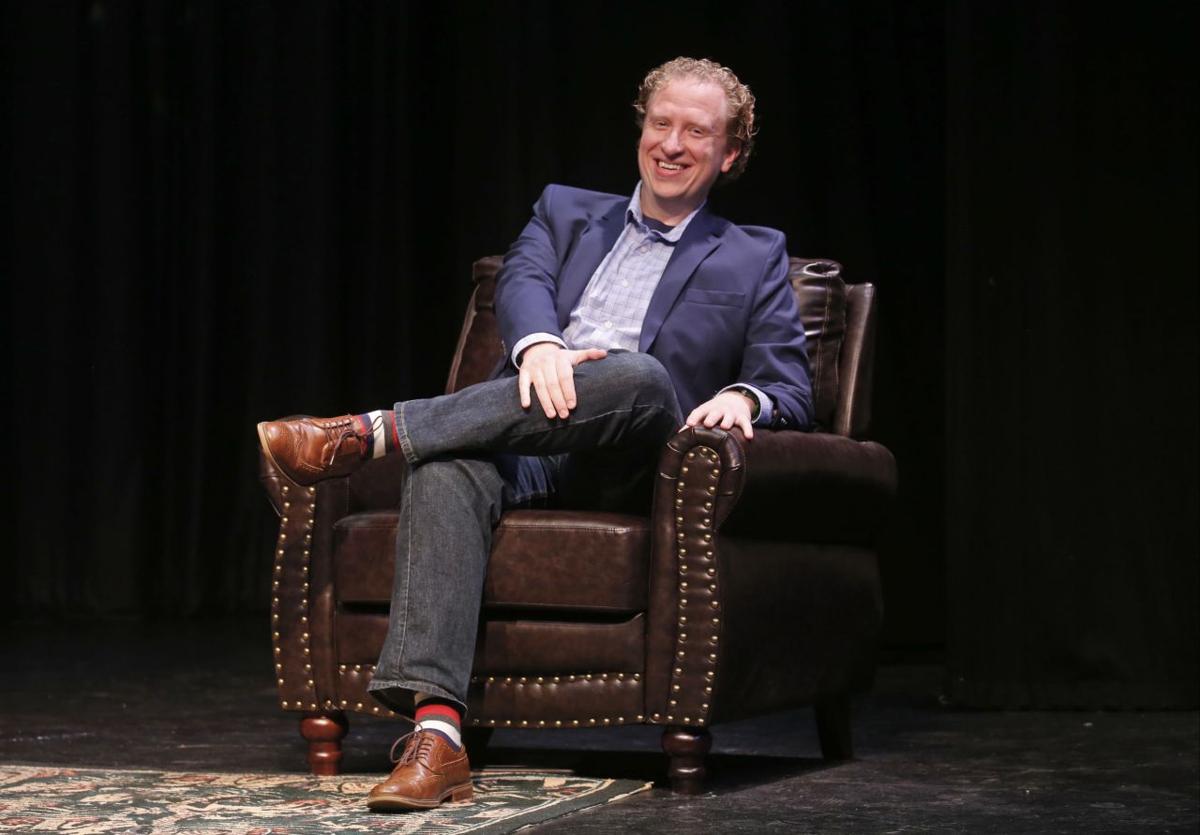 Actor Chris J. Handley is starring as Buddy the Elf in MusicalFare Theatre's production of "Elf the Musical," opening Nov. 13. Above he takes a seat on the stage at Alleyway Theatre, where he is associate artistic director. (Robert Kirkham/Buffalo News) 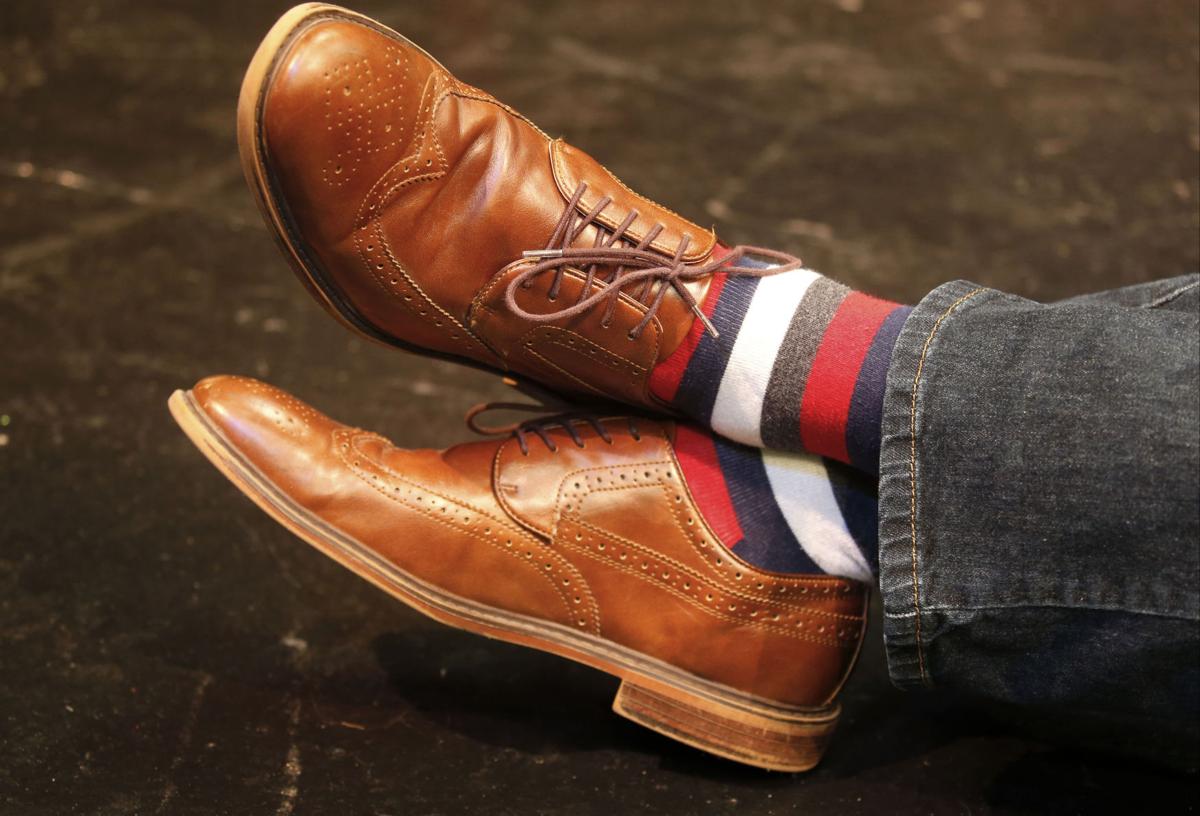 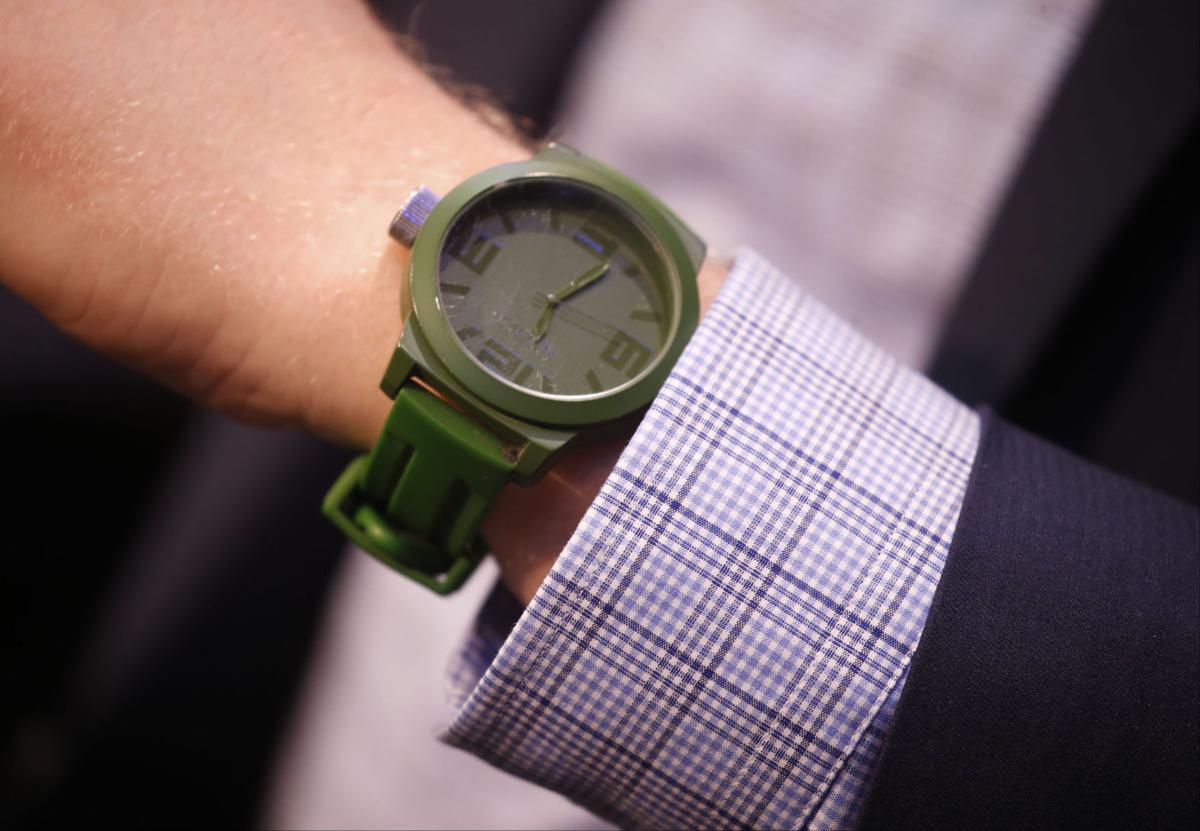 Who he is: Actor, singer, teacher and coach who will star as Buddy the Elf in the MusicalFare Theatre production of “Elf the Musical” (Nov. 13-Dec. 22). He is associate artistic director at Alleyway Theatre, where he is head of the Alleyway Theatre School of Western New York. In May he will take over as executive artistic director at Alleyway. Earlier this year he received an Artie nomination for “Talley’s Folly” (Jewish Repertory Theatre of WNY) and played Sir Evelyn in “Anything Goes” (Lancaster Opera House), Bruce in “Fun Home” (Shea’s 710 Theatre) and Trinculo in “The Tempest” (Shakespeare in Delaware Park). He earned his master of fine arts degree from Indiana University and a bachelor’s in musical theatre from SUNY Fredonia, where he now teaches a course in directing. The Elma native graduated from Canisius High School.

What he’s wearing: Dark blue Levi's. ("I'm a jeans guy because half the time I'm sitting at a desk, half the time I'm teaching, half the time I'm in rehearsal ... " (When told he can only have two halves, he replied: "That's the joke. That's the comedy of it.") Plaid blue shirt layered over a Buffalo-themed graphic tee designed some years back by his brother. Striped socks ("I decided not to wear my Santa-sitting-on-the-beach socks. It's too soon.") Brown shoes he wore in a production of "Moonlight and Magnolias" in Indiana – and stole. ("I wore them as my character.  Maybe 'kept' is a better word than 'stole.' ") Blue sport coat from Target.

"Everything I own is blue ... I think it's because some costume designer once said, 'You have blue eyes so you should wear blue.' And that was the end of it. I just took that advice," he said.

Signature piece: A green watch that he bought at a Burlington department store in New York. "I was working on a river boat on the Mississippi– wearing sequined jackets and singing Elvis, working one month on, one month off. We were not allowed to have our phones, so I had to get a watch. You can't really tell what time it is. You have to look closely," he said.

Listen to Chris J. Handley describe his approach to fashion:

Fashion statement: "My fashion statement is something that I don't have. I've had costume designers throughout my whole life who told me what to wear. And so I just do what they say. If they put me in shoes that I like, I take them home after the show. And if they put me in a coat that I like, I maybe can't take that so I go out and buy one that looks just like it. I'm grateful to everybody else in my life for telling me what to do."

Last thing he bought: "I thought about buying a scarf last week, but I didn't buy it. I think the last thing I bought was a pink sport coat. Not pink. Rose. I bought it for the Artie Awards. That would have been June; I haven't bought anything for myself since June. And then everybody else also had rose. Everybody decided that was the color. They have a best-dressed list there. I wasn't even given a form to fill out," he said.

In the market for: "Red sneakers. I had a pair of red sneakers once. I loved them. I try them on at the store, but I can never find a pair that I like."

* Take a look at another recent 716 Style feature:

Photos: An inside look at India's digital fashion week amid the pandemic

Unlike a fashion show, the models aren't swaying on a ramp in real life. They are depending on digital technology to rescue their annual extravaganza from the coronavirus pandemic.

716 Style: Meet the man in the three-piece suit

716 Style: Meet the man in the three-piece suit

Actor Chris J. Handley is starring as Buddy the Elf in MusicalFare Theatre's production of "Elf the Musical," opening Nov. 13. Above he takes a seat on the stage at Alleyway Theatre, where he is associate artistic director. (Robert Kirkham/Buffalo News)