When celebrities take to the Met Gala red carpet on May 2, there will likely be no shortage of corset boning and bustles.

That's because the dress code for this year's event, hosted by the Metropolitan Museum of Art's Costume Institute, is "Gilded Glamour and White Tie," referencing the lavish era of American fashion in the last decades of the 19th century, when industrialization rapidly amplified the country's wealth gap.

This Met Gala accompanies the second part of the Costume Institute's exhibition "In America: An Anthology of Fashion," which opened last September and guided the previous event's attire. And while there's seemingly always a degree of flexibility when A-list attendees interpret the theme ("What's more American than a T-shirt head-to-toe?!" said Kim Kardashian, after she took to the red carpet in an all-black spectral Balenciaga look), this prompt will give guests the chance to indulge their most decadent aspirations.

"It is very embellished, very exaggerated, very structured," fashion historian and curator Kate Strasdin said of Gilded Age style in a video interview. "It feels so upholstered compared to the way that we think about dress now."

The Gilded Age was a 30-year period during which industrialists and real estate magnates saw their fortunes ascend to staggering heights thanks to the rapid expansion of trains, factories, and urban centers. Famous family names including Frick, Astor, Carnegie, Rockefeller and Vanderbilt shaped the country's infrastructure, and the socialites of the era, including Caroline Schermerhorn Astor and Alva Vanderbilt, ruled New York society.

For the elite, fashion became maximal, with lace and crystal trimmings and even bird wings — milliners in the era used so many feathers, wings and stuffed dead birds in their hats that it caused the formation of the Audubon Society, for the protection of birds, in 1895, according to the organization. Under their derriere-enhancing gowns, American women wore complicated undergarments, including corsets, stuffed shoulder cushions, bustle pads, crinolines (a form of structured petticoat), and even steel springs to achieve the right shape, though the silhouettes were simplified by the end of the century. Menswear was highly formal too, with the newly popular tuxedo in the 1880s becoming standard dress for high-flying gentlemen.

With a focus on American designers at the gala, some of them will no doubt rise to the grandeur of the challenge, like Moschino's Jeremy Scott, whose opulent takes on historical references have included sending 18th-century-inspired panniers down the runway. Celebrities may also call upon Christian Siriano or Pyer Moss for their over-the-top, highly structural couture pieces, or look back to vintage Alexander McQueen designs from across the pond that employed nod to the era, like caged crinolines. Corsets have already infiltrated the red carpet lately, with Olivia Rodrigo, Doja Cat and Dua Lipa all sporting them at the Grammys last month.

During the Gilded Age, you were what you wore, as Strasdin noted it was the period when branding from fashion houses was a novel concept. Many American women at the time bought their status-securing dresses from Paris from the pioneers of haute couture: Charles Worth, Jacques Doucet, Paul Poiret and Madame Jeanne Paquin, the latter of whom showed her innovative modern designs at the 1900s World Fair.

According to Strasdin, American dressmakers wouldn't have their moment until World War I disrupted the supply of European goods to the US.

"American women are having to actually travel there, so that's the first sign of enormous wealth — to actually get yourself there for the fittings," she said. "So then it became like Instagram influencers now — (the women would) come back with dresses that people knew they'd bought in Paris."

At a time when "old money" scoffed at "nouveau money," like the Vanderbilts' newly amassed railroad fortune, it was important to be well connected with European culture. When Alva Vanderbilt, hoping to be accepted into the top rungs of society, threw a 19th-century rager for her newly completed midtown mansion, dubbed the Petit Chateau, photographs show she wore an elaborate Venetian-style gown meant to mimic Renaissance-era fashions. Meanwhile, her sister-in-law, Alice, wore a showstopping gown known as the "electric light" dress from Charles Worth's salon House of Worth. She paired the look with a handheld torch which she raised above her head in a posed picture to resemble the Statue of Liberty.

"The gown itself (had) all sorts of embellishments that were designed to catch the light," Strasdin said. "And then she had an electric torch that was really cutting edge at the time. It's gone down in history as one of the iconic garments of the period."

But even as the fashion pendulum swung towards formal and elaborate, the underground Aesthetic Movement began encouraging women to dispose of their corsets in the 1870s, kicking back against industrial-age societal conventions. Its female bohemian members donned loose-fitting "artistic" dresses in public that were considered shocking for their association with undergarments. (The male Aesthetes, like Oscar Wilde, were also looked down upon for their so-called feminized sartorial statements.)

Though the movement didn't change public dress codes widely for women, the silhouettes did somewhat catch on in the private homes of wealthy women. Enter the romantic leisurewear staple the "tea gown" — an elaborate precursor to 2020's viral "nap dress" — though, according to Strasdin, many tea gowns still hid "a robust boned bodice" underneath the fabric. Several of such gowns from Adelaide Frick, the wife of industrialist and art collector Henry Clay Frick, reside at The Frick in Pittsburgh, which houses a number of Gilded Age designs.

The era's rich sartorial history already earned some attention earlier this year through the series "The Gilded Age," which debuted this past January on HBO (which is owned by CNN's parent company Warner Bros. Discovery). The show follows two young women who become entangled in New York society life, navigating the changing landscape of old money and new. The show's lead costume designer Kasia Walicka-Maimone, who outfitted actors Cynthia Nixon, Louisa Jacobson, Denée Benton and Carrie Coon according to their different social backgrounds and aspirations, told Variety in January her team was "lucky" to bring the era to the screen.

"It's very much a period that gives us a lot to experiment with, and lots to draw from and lots to play," she said.

This year's Met Gala attendees may not replicate the exact styles from a century and a half ago, but Strasdin finds the theme appropriate for its resonances today, including the impact of wealthy socialites (who make their fortunes off internet clout rather than steel factories) to the modernization of fashion houses.

"It'll be great to see a nod to all the embellishment...and a celebration of that kind of exaggeration," she said. "And the whole exuberance of color and shape."

"And maybe some crazy hats."

Why it's time to start taking vitamin D supplements

The reason you're most likely to break up in January

The reason you're most likely to break up in January 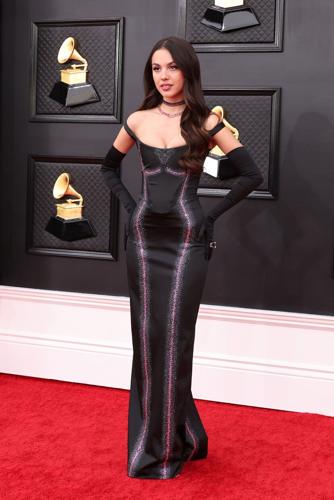 Corsets have been cropping up on red carpets over the past year, laying the groundwork for the Met Gala. 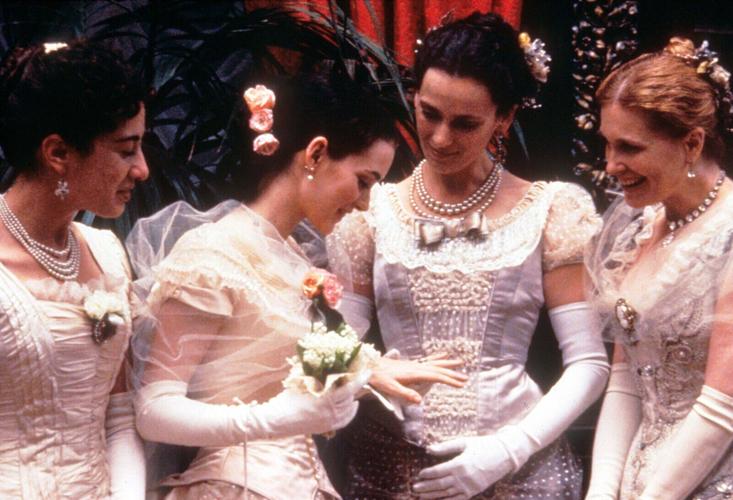 Winona Ryder is pictured in The Age Of Innocence.