Subscribe for $1
Read Today's E-Edition
Share This
Good Morning, Buffalo: Not-so-Great Lake: Health of Lake Erie is poor, according to U.S. and Canada
0 Comments
Share this
Support this work for $1 a month

Erie got a poor rating for supporting healthy and productive habitats to sustain native species; being free from nutrients that promote unsightly or toxic blooms; and being free from invasive species and from other substances, materials or conditions that may negatively affect the Great Lakes.

The News’ Barbara O’Brien reports that the health of the Great Lakes is the focus of a forum held by the United States and Canada in Niagara Falls, Ont., this week. This year marks the 50th anniversary of the Clean Water Act and Great Lakes Quality Water Agreement between the Canada and the U.S. to restore and protect the Great Lakes.

Banned debt collector who owes $60M makes offer to pay fines and restitution: Douglas MacKinnon was once called the “kingpin” of Buffalo debt collectors. How much of the debt he is offering to pay is unclear – the proposal was not described during a status conference in federal court Monday or in any publicly filed court documents. Read more

Jury awards Erie County man $30 million in sex abuse suit against former Lutheran pastor: The damages verdict issued by an Erie County jury likely is the largest award so far for a Child Victims Act case in Western New York, but it’s unlikely the plaintiff will be able to collect on much, if anything. Read more

D’Youville U Food Farmacy fights food insecurity amid national hunger summit: In its first year, the program provided 20,683 pounds of food – enough for 17,235 meals – to 690 households, and the partners say they can accommodate many more. Read more

Poll shows Trump's GOP poses fundamental problem for Lee Zeldin: No Republican has won statewide in New York since George Pataki in 2002, and neither has any statewide Republican espousing Pataki's moderate views. Now a new poll shows Republican Lee Zeldin substantially trailing incumbent Democrat Kathy Hochul in the race for governor, prompting questions about whether the "party of Trump" can ever win again in such a Democratic state. Read more

GOP blasts Democratic mailer with prefilled mail-in ballot request: Republicans slammed as an "abuse" of election law the recent move by state Democrats to mail to an unknown number of voters absentee-ballot applications with several fields on the form prefilled. Democrats urged recipients to cite fear of contracting Covid-19 at a polling place as their reason for requesting an absentee ballot and pre-checked this selection. Democrats defended the mailers as an appropriate measure to encourage New Yorkers to vote without having to worry about their health as Covid-19 cases stubbornly persist. Read more

Common Council to hear settlement proposal for man disabled by water shut-off incident: The Buffalo Common Council’s Claims committee approved a settlement of more than $500,000 with a plumber left permanently disabled in an accident involving workers from the city’s water department. Read more

Rod Watson: Feeling disenfranchised by two flawed candidates for NY governor: With his backing of the “big lie” regarding the 2020 presidential election and her blatant disregard for the Second Amendment and the U.S. Supreme Court’s warning, Rep. Lee Zeldin and Gov. Kathy Hochul both thumb their noses at the underpinnings of our constitutional republic. It leaves voters concerned about the democratic process with a Hobson’s choice in this year’s race for governor, Watson says. Read more

3AM Innovations strives to keep first responders safe with tracking software: Through mobile apps, smartwatches and GPS radios, the company’s software tracks first responders in real time and displays their locations on a map. Read more

Bills cornerback Dane Jackson returns to practice: 'I can’t do nothing else but smile': On Wednesday, Jackson participated in practice for the first time since leaving the game against the Tennessee Titans in an ambulance after a violent collision with teammate Tremaine Edmunds. Read more

Mark Gaughan: If Bills need to lean on Josh Allen while run game sorts itself out, let 'er rip: "Allen drives the bus. The Bills are a passing team. They always should be a passing team as long as No. 17 is on the field," writes Gaughan. Read more

Observations: Eric Comrie delivers promising debut for Sabres in loss: Eric Comrie’s poise and precise positioning in net ensured the Sabres had a chance to mount a comeback, but ultimately they lost 4-1 to the Columbus Blue Jackets. Read more

• Author F. Scott Fitzgerald once remarked that “Life starts all over again when it gets crisp in the fall.” Avid leaf peepers would likely agree. News contributor Nancy Parisi highlights nearby spots where visitors can enjoy fall colors on foot, bike, train and even aboard a ski lift.

• As we ponder autumn adventures, you might want to take a weekend getaway that blends foliage with stunning stalactites, stalagmites and underground waterfalls. Only in Your State’s Christy Articola showcases a “different kind of adventure” at Howe Caverns, a popular tourist destination that’s about a four-hour drive from Buffalo in Schoharie County.

• An educator in Chautauqua County is planning a three-day hike from Jamestown to Highmark Stadium in Orchard Park to raise money for two worthy causes. Erienewsnow.com reports on Patrick Smeraldo’s ambitious trek that will be tied to the Buffalo Bills’ Nov. 13 match against the Minnesota Vikings.

• Western New York has an "active opera scene,” WGRZ’s Carl Lam reports. A pillar in the local opera arena is retiring after leading Buffalo Opera Unlimited for the past 37 years.

• Check out our #EveryDayAPhoto series to see our favorite image of the day.

The faculty at East Aurora Middle School received the call around 12:30 p.m. Buffalo Bills safety Jordan Poyer, touched and impressed by a letter he received from 12-year old sixth-grader Logan Neri, wanted to stop by and surprise him … in an hour.

Odell Beckham Jr. to Von Miller on trip to Bills: 'It was a good visit'

With the Buffalo Bills off this weekend, Von Miller had some extra time to check in with teammates, fans and friends around the league. On Sunday, that included catching up with his friend and free agent Odell Beckham Jr.

A plan to phase out use of fossil fuels in NY homes is nearing approval. Here's what that means

The proposed changes would radically alter the way New Yorkers heat their homes, cook their meals and wash their clothes. In many cases, meeting the new rules would require costly and extensive upgrades to heating systems and duct work.

For most of his 51 years, attorney John Gaughan has called Lackawanna home.

What was on the menu at Bills' 'Welcome, Odell!' dinner for wide receiver

Buffalo-based chef Darian Bryan shared the menu for the "Welcome, Odell!" dinner. Here's what was served.

Even before the performance started, protesters had gathered outside a drag show over the weekend in Southern Pines, North Carolina. The polic…

The Bills game against the Miami Dolphins will be played on Saturday, Dec. 17 with an 8:15 p.m. kickoff, the league announced Monday. 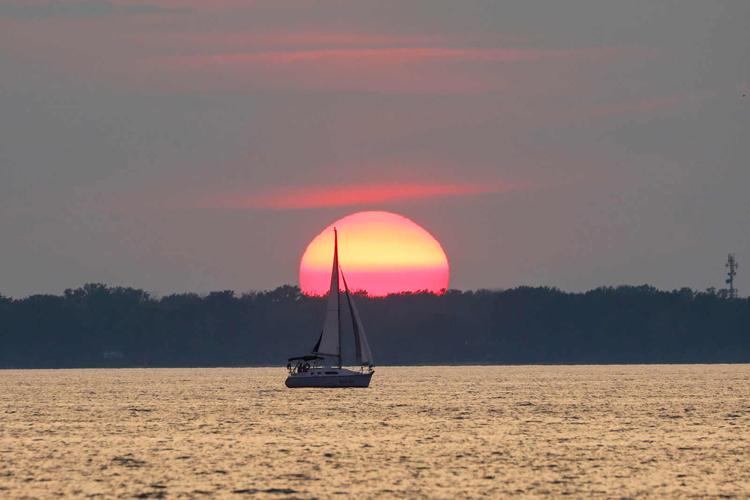 The sun dips below the Fort Erie, Ont., horizon as a sailboat floats by on a quiet night on Lake Erie in 2021. 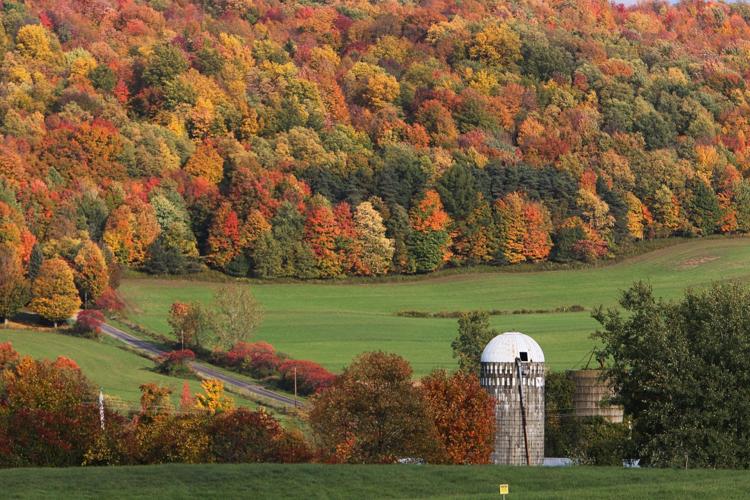 Enjoy the foliage on a drive through Cattaraugus County.