Subscribe for $1
Read Today's E-Edition
Share This
Good Morning, Buffalo: In town where mass murderer was raised, many wonder: Where did his hate come from?
0 Comments
Share this
Support this work for $1 a month

In town where mass murderer was raised, many wonder: Where did his hate come from?

In early May, Jane Lazaros spotted two of her regular customers having dinner with a young man whom she remembers having a strange vacant look in his eyes.

The longtime owner of Jane’s Diner greeted them and asked if they were enjoying their meals.

The two regulars – a young Hispanic man and his Black girlfriend – smiled and thanked her for the good food. Their white teenage companion sat still in his chair, staring at his food, saying nothing.

A week later, Lazaros learned that the customer, 18-year-old Payton Gendron, had driven more than three hours to a Tops supermarket in Buffalo, where he used a semi-automatic rifle to murder 10 Black people and wound three others in a May 14 racist massacre.

“At first, of course, I was shocked that somebody from our friendly little town would do something like that,” recalled Lazaros, 70. Then she remembered the encounter in the diner. "I am no psychologist but from his look you could see in his eyes there was something very wrong.”

Gendron, now 19, has pleaded guilty to the 10 murders in state court and is awaiting trial on federal hate crime charges.

Sean Kirst: The year Bills’ fans learned the hard way that football is not life and death: Yes, sure, it was a disappointing end to the Bills' hopes for a Super Bowl run. But when we think of the 2022 season, Kirst expects what many of us will remember above all else is what Josh Allen called “the extreme silver lining” – and where we were at the exact moment we learned, to disbelief and wonder, that Damar Hamlin would be all right. Read more

Who killed the monsignor? A rising star’s death is a ‘staggering blow’ to Catholic community: Day 4: For more than half a century, Monsignor Francis J. O’Connor’s unsolved murder in 1966 has generated all kinds of speculation about the identity and motive of the killer or killers. Read more

[Catch up on the series: Who killed the monsignor? Exploring the murder of Monsignor Francis J. O'Connor, its investigation and its legacy]

Tenant charged in Springville apartment fire that destroyed four units: A Springville woman was charged for allegedly setting a fire at the Springbrook Apartments Monday night. No injuries to people were reported, but two cats died, the property manager told The Buffalo News. He added that the building is too damaged to be saved and will eventually be demolished. Read more

Unemployment remains low as workforce remains tight in Buffalo Niagara region: The region's jobless rate stood at 3.2% during December – the lowest for that month in at least three decades and probably much longer than that. The drop was the latest in a series of steady declines in jobless levels as local employers continue to struggle to find enough qualified workers to fill vacant positions. Read more

Tops workers will soon start filling in-store Instacart orders: Instacart workers received letters from the tech platform Monday, saying they would be terminated from their roles April 23. Tops workers already handle the majority of the chain's pickup orders at 28 of its 58 stores that offer the service. Read more

Hamburg outlaws asphalt plants, three years after hearing a proposal to build one: Residents have vigorously opposed the project. And now, the Town Board has outlawed them from the town. Read more

Lawyers ask judge to lift gag order for animal sanctuary owner charged in dispute over cows: Lawyers for a Newfane animal sanctuary owner accused of refusing to return two cows that wandered onto her property asked a town justice to lift a gag order that prevents her posting about the case on social media and sought information on who has possession of the cows now. Read more

Ask Don Paul: Is ‘feels like’ a good weather term? The phrase has become ubiquitous in public weather forecasting, especially in broadcasting. Paul doesn’t use “feels like,” and he explains why. Read more

Warm up a dreary winter day with the comfort food, cozy ambience of these 5 Buffalo-area eateries: Cold temperatures, gray skies and lots of precipitation – whether rain or snow – are the earmarks of winter in Buffalo. Though we can enjoy outdoor winter activities such as skiing and skating, sometimes we're looking for a little comfort. Read more

Top Seedz, Linita Design in line for $750,000 low-interest loans from ECIDA affiliate: Top Seedz, the healthy seed-based cracker maker that took the top prize in the business plan competition in 2021, is planning to spend $2.5 million on new equipment as part of its expansion to a much larger facility in downtown Buffalo, according to the Buffalo and Erie County Regional Development Corp. Read more

Evergreen Health planning expansion in Buffalo’s Kensington-Bailey neighborhood: The Buffalo-based company and its affiliate Community Access Services recently announced the purchase of four parcels where it plans to construct a new health care services building. Evergreen has not yet determined a construction date and site plans, though the organization expects the building could be up to 35,000 square feet in size. Read more

Brandon Beane focuses on good, but Bills 'not playing our best football at the end': “I think we've got a lot of good players, but it didn't all play out every week the way it kind of started early in the season,” Beane said. Read more

Analysis: It's time for Brandon Beane to go all in on stockpiling weapons for Bills' offense: "Josh Allen is a unicorn – capable of running over or through defenders while having the ability to make every throw on the field. But he needs more help than General Manager Brandon Beane gave him during the 2022 season," Jay Skurski writes. Read more

Observations: Sabres start strong, hold off Blues for fourth straight win: The Sabres nearly blew a 4-0 lead before holding off the St. Louis Blues, 5-3, for their fourth straight win. It wasn't ensured until Dylan Cozens' empty-net goal with 59 seconds left, which came with St. Louis playing 6 on 4 after a faceoff violation penalty on Peyton Krebs with 1:46 to go. Read more

• Our Lady of Victory Basilica in Lackawanna is “the crown jewel of all shrines in Western New York,” WIVB’s Don Postles reports. He examines the history of a landmark that was made possible through the vision of Father Nelson Baker.

• Muhammad Ali once suggested that “service to others is the rent you pay for your room here on Earth.” Step Out Buffalo has compiled a guide to local volunteer opportunities that range from preparing meals for people in need to cleaning a local park or hosting a pet collar collection.

• “You’ll find larger museums in Western New York,” says WGRZ’s Kevin O’Neill, “But none sharper than the American Museum of Cutlery.” The one-of-a-kind venue in the Village of Cattaraugus was founded by a former bank president who wanted to preserve the Southern Tier’s knife-producing legacy.

• If you’re looking for your next great escape into nature, thetravel.com recommends 10 year-round hiking destinations in Western New York. They include an urban hike in Delaware Park and a more remote walk along the Swallow Hollow Loop in Iroquois National Wildlife Refuge.

Allen will be replaced by Baltimore Ravens quarterback Tyler Huntley.

Letter: Grant no more excuses for the Buffalo Bills

The Buffalo Bills once again ended the season on a disappointing note along with a handful of excuses of why they can’t win the big game. This…

It did hurt, and still does, and it hurt more than the losses from the past. Here’s five reasons why.

Bills tight end Dawson Knox and his lost wallet were reunited in Las Vegas on Monday night in another example of the uniqueness of Bills Mafia. 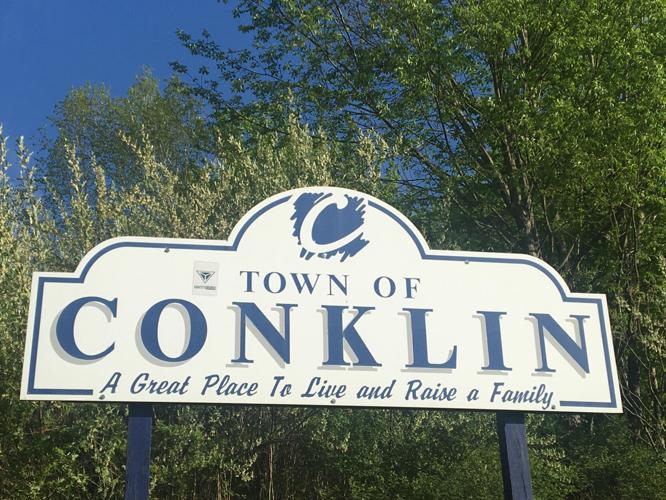 Payton Gendron, who has pleaded guilty to 10 murders in the May 14 Buffalo mass shooting, is from Conklin, a town of 5,441 residents near Binghamton. 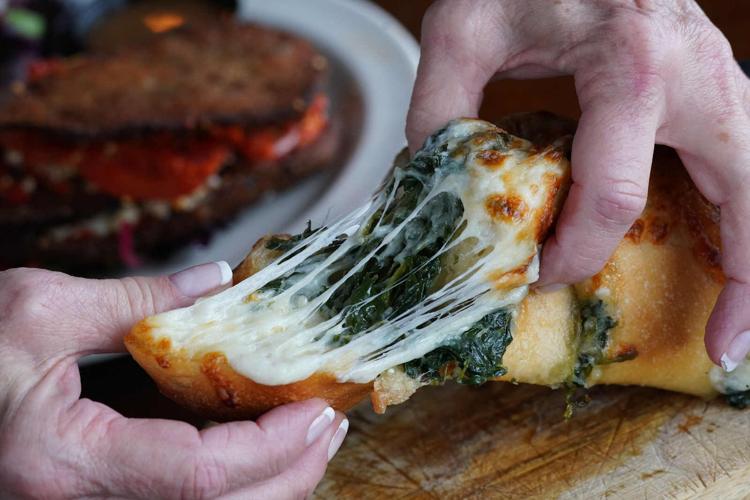 You can make a meal out of the cheesy stuffed spinach bread that comes out piping hot at Lebro's Restaurant.