Savarino believes music venue will fill a void for concertgoers

The second floor of the DL&W Terminal in the Cobblestone District has been vacant since the last Erie-Lackawanna passenger train left the station in 1962. But now, Developer Sam Savarino plans to turn the space into a waterfront music venue, to be completed by 2025.

"Our intent is to make a public space in the size and scale and characteristics of great and successful public places in other communities," Savarino said.

Savarino said there's a need for a music venue between the 400-capacity Buffalo Iron Works music club the developer owns nearby and the planned 8,000-capacity amphitheater at the Outer Harbor. He believes the new music venue on the exterior deck of the building where the train line ends – overlooking the Cobblestone District on one side and the Buffalo River on the other – will fill that hole.

Fatal motorcycle crashes on the rise in New York State: Between 2019 and last year, the number of individuals killed in motorcycle crashes in New York State rose from 133 to 204, an increase of 53%, according to data from the Institute for Traffic Safety Management and Research. State officials used those figures to warn the public as riding season arrives with the warmer weather. Read more

Prosecutors examine role of a retired police chief in Evans election law flap: Ernest P. Masullo, a retired police chief for the Town of Evans, witnessed some petition signatures for the Conservative Party that he belongs to, according to some documents filed with the Erie County Board of Elections. But one of those petition signers says in an affidavit that the man who witnessed his signature was not Masullo, whom he knows personally. Now, there's fallout, and it involves the District Attorney's Office. Read more

Covid-19 rules, 'hot-button' issues drive Clarence School Board race: Six candidates are running for two seats in a district that has seen considerable debate over mask rules, remote learning and other Covid-19 policies over the past two years, along with the question of how sex education and other topics are taught in the classroom. Read more

Don Paul: Warm, dry streak fades this weekend, and a cooler pattern arrives next week: “A gradual intrusion of moisture from the south will increase the chance for scattered showers and thunderstorms, especially during afternoon heating,” writes Paul, noting today’s high will reach the upper 70s with moderate to marginally high humidity. Read more

The search for baby formula is on as shortage hits Western New York: Many parents are scrambling to feed their formula-fed babies. More than 40% of infant formulas are out of stock around the United States after a major manufacturer was forced to close its Michigan factory because of contamination. Read more

UB surgeon wins hearts and minds teaching combat care in war zones: Since Russia invaded Ukraine on Feb. 24, Dr. Aaron Epstein has been splitting his life between surgical shifts in Buffalo and the humanitarian aid group he founded in 2015. He will be recognized this summer when he receives the civilian equivalent of the Congressional Medal of Honor. Read more

Amherst's University Commons office park could be turned into 500 apartments: Roy Jordan, CEO of North Forest Office Space, is proposing to convert the office park into 500 apartments and 20,000 square feet of commercial space – half office and half retail – spread over three major L-shaped buildings. The current office buildings would be demolished. Read more

[Sign up for the Buffalo Next free newsletter: The News' Buffalo Next team covers the changing Buffalo Niagara economy. Get the news in your inbox five days a week.]

Kaiir Elam an eager student on first day of rookie minicamp: The Bills hope Elam, who was selected with the 23rd overall pick out of Florida, can develop into a starting-caliber cornerback in short order. GM Brandon Beane has said in the past that he expects any player chosen in the first round to at least compete for a starting job, and the Bills could have a big opening in their lineup if Tre’Davious White – who is recovering from surgery to repair a torn ACL – isn’t ready to play at the start of the season. Read more

While facing Amerks in playoffs, Utica's Brian Flynn bears no ill will to Sabres for tank season trade: "It's obviously been a really tough stretch for their franchise for a long time but that day I was a little caught off guard because I didn't expect to be moved," Flynn said. "I still follow Buffalo and I hope they do well. It was just a crazy time." Read more

• With the arrival of spring in Western New York, flowering fauna line the streets and brighten yards, parks, fields and forests, from pink and white crab apples to vivid red and yellow tulips. Buffalo News photographers captured the abundance of beautiful blooms.

• Need to get rid of an old fridge? Are old tires piling up? Well, the City of Buffalo is kicking off some programs that can help with spring cleaning chores, Deidre Williams reports.

• From a sheep on the lam, to a familiar Congressional complaint and the key to a happy marriage, catch up on “the lighter side of The News” in this week’s Off Main Street column.

• The NFL’s schedule announcement has the Bills playing on the big stage several times in the 2022 season. What exactly goes into crafting a slate of games for the league’s 32 teams? A UB professor knows just how complicated the process is. WIVB’s Chris Horvatits reports how a research team, led by Dr. Mark Karwan, has assisted NFL schedule-makers with data and analytics. 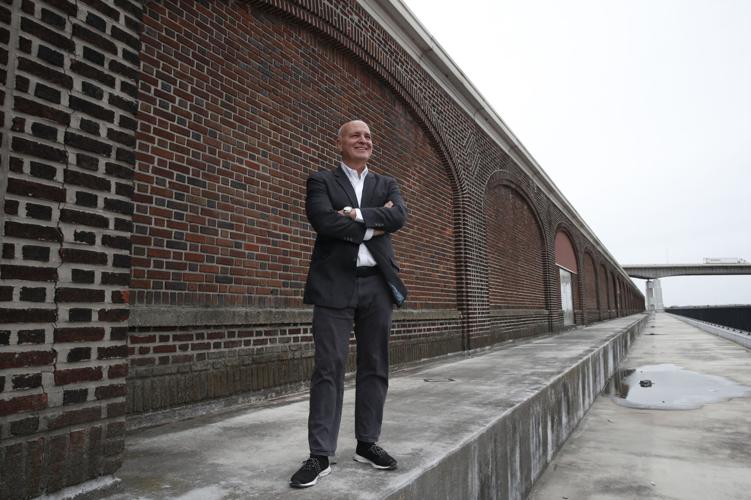 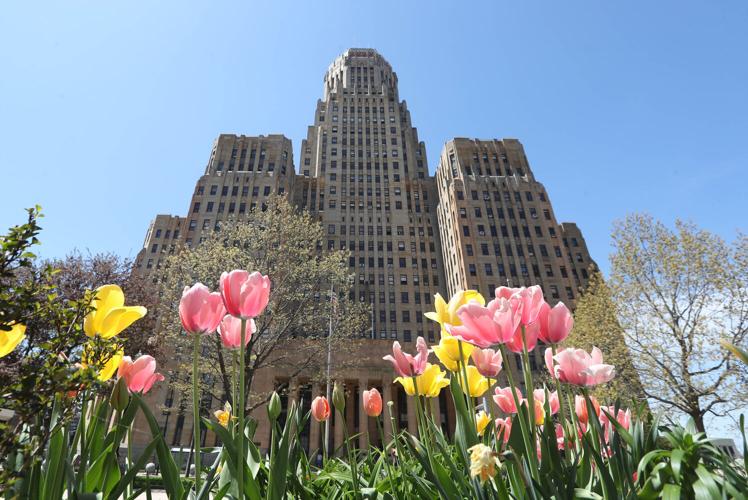 Tulips bloom in Niagara Square in front of City Hall on a beautiful sunny spring day.