Law enforcement officers are investigating whether a retired federal agent had about 30 minutes advance notice of a white supremacist's plans to murder Black people at a Buffalo supermarket, two law enforcement officials told The Buffalo News.

Authorities believe the former agent – believed to be from Texas – was one of at least six individuals who regularly communicated with accused gunman Payton Gendron in an online chat room where racist hatred was discussed, the two officials said.

The two law enforcement sources with direct knowledge of the investigation stated these individuals were invited by Gendron to read about his mass shooting plans and the target location about 30 minutes before Gendron killed 10 people at Tops Markets on Jefferson Avenue on May 14.

The News could not determine if the retired agent accepted the invitation.

“These were like-minded people who used this chat group to talk about their shared interests in racial hatred, replacement theory and hatred of anyone who is Jewish, a person of color or not of European ancestry,” said one of the two law enforcement officials with close knowledge of the investigation. “What is especially upsetting is that these six people received advanced notice of the Buffalo shooting, about 30 minutes before it happened.

“The FBI has verified that none of these people called law enforcement to warn them about the shooting. The FBI database shows no advance tips from anyone that this shooting was about to happen.”

Agents from the FBI are in the process of tracking down and interviewing the six people, including the retired agent, and attempting to determine if any of them should be charged as accomplices, the two sources with close knowledge of the probe told The Buffalo News.

As Tops shooting trauma lingers, questions about when – and where – the store will reopen

Tops Markets intends to repair and reopen its Jefferson Avenue store where 10 people were killed, three were injured and many were traumatized in a racially motivated mass shooting on May 14.

But what that reopening will look like and when it can occur are questions being asked by community stakeholders as Tops faces the daunting task of making over a store where dozens of bullets flew, leaving carnage inside and in the parking lot.

John Persons, Tops president, said the company’s “commitment to the community has not changed,” even as some difficult decisions lay ahead.

Some members of the neighborhood believe it would be impossible to reopen a store in the same location without once again traumatizing employees and customers.

But others say renovating would be the quickest and least expensive way to return a much-needed supermarket to a neighborhood that lacks other full service grocery stores.

Help is still needed: As our community mourns, food and daily essentials are still in short supply. Please consider supporting one of the many trusted organizations assisting the Jefferson Avenue community and all those affected by the tragic events of May 14. See how you can help.

Rod Watson: Will ‘thoughts and prayers’ for Buffalo bring change or business as usual?: "'Thoughts and prayers' are great, as are donations. But once those dry up, once the national media turn to the Texas school massacre or the next big story, what will be left in terms of incorporating Buffalo’s Black neighborhoods into the larger community to permanently change attitudes here?" writes Rod Watson. Read more

Buffalo, Texas shootings prompt second ‘March for Our Lives’: Thousands of people are expected to gather in the nation's capital, at two sites in Buffalo and in cities across the nation on June 11 to call for action on gun safety in the wake of the recent mass shootings in Buffalo and Uvalde, Texas. Read more

East Side community food distribution site to change hours after Memorial Day: The free daily food distributions have been a big help to many people who relied on the Jefferson Avenue Tops that has been closed since the massacre. But organizers plan to scale back the distributions after Saturday. Read more

Erie County lawmakers approve Bills stadium MOU but call it ‘only the first step’: Legislators may have unanimously voted to support the framework for the Buffalo Bills stadium lease deal, but that's just one vote among many they will be asked to make over the coming months. Read more

Complaint about mishandled 911 call prompts firing of dispatcher: Erie County legislators who learned of another accusation of a botched 911 call – this one from a birthday party on Sunday – sent a letter to County Executive Mark Poloncarz to alert him about it, and the medical emergency dispatcher was fired Wednesday. This second 911 incident comes in the wake of complaints about how a call-taker handled a 911 call from an employee inside the Tops grocery during the mass shooting there on May 14. Read more

Former Fantasy Island to partially open Saturday: Niagara Amusement Park & Splash World in Grand Island is slated to open Saturday through Monday of Memorial Day weekend, and then for only weekends through June 19. Daily operations are scheduled to begin June 24. Read more

A happy graduation day for tykes learning the ABCs and more: It was graduation day for the children – and parents – of the ParentChild+, a free, early education program run by Jericho Road Community Health Center. Melissa Christian, the program coordinator, explained how ParentChild+ works. "Our focus is on building a strong foundation between the parent and the child, and their relationship, and then that the child gains a strong foundation academically so when they enter the school they're at equal ground or a lot of these kids end up overprepared for school," she said. Read more

5 summertime beers to help you beat the heat: "When I think of summer, I think of beers that are best consumed during the day, whether it be poolside in the heat, out back on the deck or in the yard while playing lawn games,” writes Brian Campbell. Read more

For warm weather fun, just add water, beaches, parks and ice cream: This Shiny Guide of Summer Fun for Everyone has all the summer elements. Read more

• Segregation in Western New York was the focus of a recent installment of The Capitol Pressroom. Jim Heaney, editor and executive director of Investigative Post, talked with David Lombardo about how decades of policy-making have made the region one of the most segregated metropolitan areas in the nation.

• An Atlanta artist is helping Western New Yorkers to heal at this difficult time by sharing portraits of victims of the Tops massacre. WIVB’s Gabrielle Mediak reports that John-Paul Moore’s works have been shared around the world.

• Back in 1966, a 9-year-old local boy sent a handwritten Christmas card to a Marine in Southeast Asia who was serving in the Vietnam War. For the past 56 years, veteran Jim Chadwick thought many times about trying to track down the fourth grader from Mill Road Elementary School in the West Seneca hamlet of Ebenezer. WGRZ’s Dave McKinley tells a touching story of how Chadwick finally made contact with Todd Paul.

• Who needs the Tonys when you have the Kenny Awards? The annual competition recognizes the talent and efforts of local drama students. WKBW reports that Shea’s Performing Arts Center and the Lipke Foundation have announced this year’s winners. Lancaster High School, Starpoint High and Amherst Central are among the schools that received multiple honors.

• Camping can be a lot of fun. It can also be free. Thetravel.com shares a list of free campsites in upstate New York, including East Otto State Forest in Cattaraugus County.

Alan Pergament: Orlovsky, Riddick split of analysis is unnecessary but not as annoying as ESPN split screen

"If I wanted to split the screen, I would have done it myself," says Pergament, who comments on more highs and lows of the telecast.

'It's a deep hit': Bills express concern after scary injury to Dane Jackson

“Dane has full movement in his extremities, which is good, and I mean you go from the real part of it here; you go from being a coach to just being a human when I'm out there watching him getting loaded into the ambulance,” McDermott said.

Report Card: Bills are near perfect in blowout win over Titans

Josh Allen hasn’t done anything through the first two weeks of the season to quiet any of the MVP talk surrounding him, Jay Skurski says. 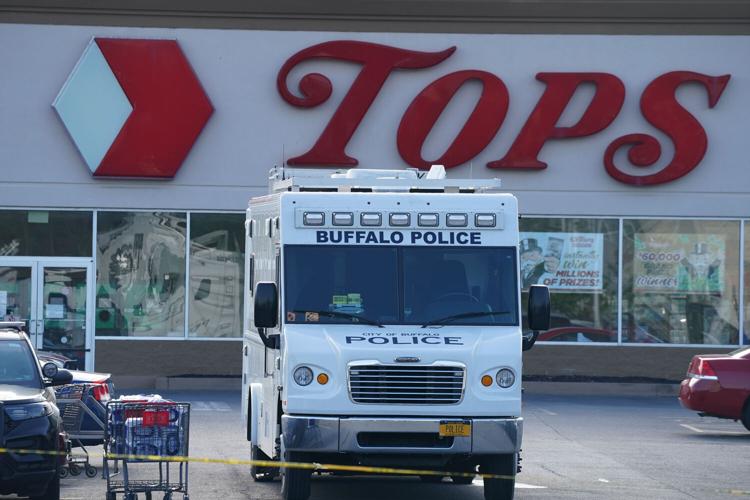 A police vehicle is parked at the Tops Markets on Jefferson Avenue in Buffalo on May 15, a day after a gunman murdered 10 people and injured three others. 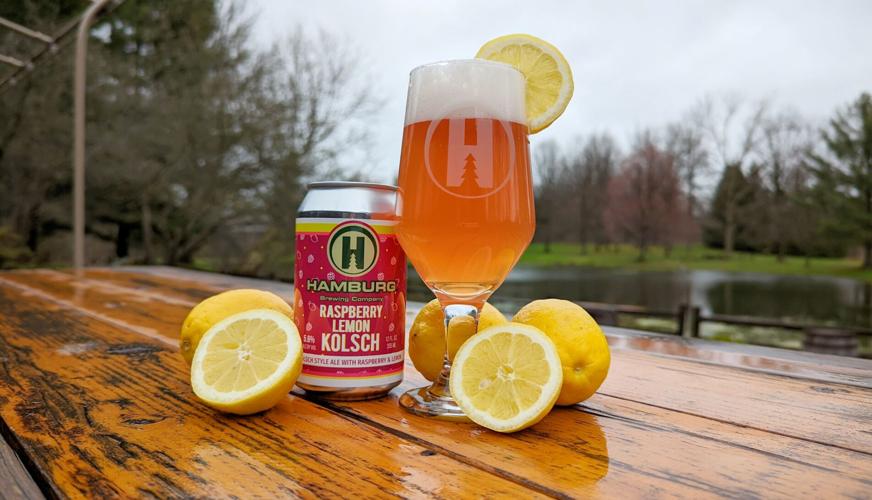