$14 million announced for Kleinhans improvements: 'Now it is time to lift up'

Kleinhans Music Hall opened in 1940 through a public/private partnership.

Eighty-two years later, the city of Buffalo, Erie County and New York State have partnered with the private sector to raise about $14 million to begin infrastructure repair work to the historic city-owned building.

It is part of a $21 million capital campaign to restore, maintain and safeguard Kleinhans for future generations, officials say.

With Sunday's AFC East showdown looming, how concerned should the Buffalo Bills be about a depleted secondary going up against a resurgent Tua Tagovailoa and his favorite targets, Tyreek Hill and Jaylen Waddle? In this 12-minute podcast, Katherine Fitzgerald and Mark Gaughan also discuss who has exceeded expectations for the Bills so far, plus they examine a couple areas the Bills will be looking to improve upon.

Reports suggest that Canada is back within reach for traveling Americans: You may soon be able to ditch the ArriveCan app. Canada is expected to drop the vaccine requirement for people entering Canada, as well as the requirement to fill out the ArriveCan app, according to the Associated Press. The moves are expected to take place by the end of the month, the AP reported, based on information provided to them by an official familiar with the matter who spoke on the condition of anonymity. Canada is also expected to stop random Covid-19 testing at airports. Read more

ECMC to start bargaining with 1,300 nurses; union hopes talks will 'transform the profession': The high-stakes labor talks at Kaleida Health aren't the only contract negotiations ongoing in Western New York's health care scene. Here's another one about to get rolling: Erie County Medical Center on Thursday will start bargaining with the New York State Nurses Association on a new contract for more than 1,300 registered nurses at the Buffalo medical complex. The current contract will expire Dec. 31. Read more

Plan to pay parents to drive their children to Buffalo schools irks board member: Larry Scott, an at-large board member, targeted First Student, which has partnered with BPS for nearly 40 years, for failing to meet its requirement to provide effective transportation for the district's children. Read more

Douglas Jemal chosen for $35 million redevelopment project in Lackawanna: The project would bring 160 apartments and ground-floor retail space to the site of the former St. Barbara's Catholic Church on Ridge Road. The project would mark the first of its kind in at least a generation for the city, which has been seeking new private development investment in the last few years. Read more

Starting to feel like fall: Thursday's forecast calls for rain showers in the afternoon, with overcast skies later in the day and temperatures mainly in the 50s. Read more

Watch now: Look Inside: Café Postscript: Tucked in behind Bureau, the bespoke men’s clothing store, is an oasis of calm and crepes only steps away from the hum of Elmwood Avenue. Read more

Luxury on Elmwood: New high-end condos get ready to open: One of the biggest additions to the Elmwood Village in many years is nearing the finish line, with 41 new condominiums offering residents a prominent new home within footsteps of shopping, food and the city's art museums. Take a look inside one of the units at Eleven-Eleven Elmwood. Read more

Rod Watson: Suicide workshops for Black churches tackles topic few want to talk about: Suicide is the second leading cause of death among young people, and the rate is rising fastest among Black youth. Saturday's Soul Shop for Black Churches workshop will provide the local faith community with the tools to help people confront the problem. Read more

Bills prep for Dolphins with injuries across defense: 'You can't let it freeze you': The Bills defense is off to a solid start. Two games in, the main questions revolve around availability for Sunday’s game against the Miami Dolphins. There are injuries spread across the defense right now, with Monday’s win over the Titans adding to the total number of players sidelined. It is still too soon to tell which players will be good to go Sunday, and while that will naturally change some things for the Bills as they prepare, defensive coordinator Leslie Frazier said they can’t let uncertainty become a hindrance. Read more

Sabres sign GM Kevyn Adams to multiyear contract extension: Kevyn Adams oversaw the Buffalo Sabres’ overhaul of hockey operations, installed Don Granato as coach, shepherded the franchise through its dispute with its former star player, Jack Eichel, and overhauled the organization’s roster from top to bottom. Although the Sabres are still in the early stages of Adams’ plan to build a winner in Buffalo, his work as general manager in two-plus calendar years officially earned him a multiyear contract extension, the Sabres announced Wednesday at the official start of training camp. Read more

Prospects' readiness, goalie battle among questions facing Sabres in camp: Although the roster appears mostly set before the first training camp practices Thursday, there are notable questions surrounding the Sabres, who play their first preseason game Sunday in Washington against the Capitals. Will Jack Quinn and JJ Peterka make the opening night roster? Who will start the season in goal? How will Owen Power fare in his first full season? Read more

• June may seem a long time off, but the Junior League of Buffalo and The Buffalo News are gearing up for the 2023 Decorators' Show House. The 22nd Decorators' Show House is St. Patrick's Friary, 102 Seymour St. It will be open for public viewing June 3-24 after a transformation by area decorators. The Junior League recently shared a bit of history, but expect much more coverage in the months to come.

• The delightfully decadent garage rock/power-pop outfit Perilous, a quartet with a penchant for brutal guitar riffs and infectious chorus hooks, recently appeared on the "Gusto Sessions with Jeff Miers" podcast. Included in the setlist was the band’s debut single, “Rock ’n’ Roll Kiss.”

• An artist who created one of Buffalo’s newest eye-grabbing murals talks about the importance of “doing what makes you feel good” in a feature posted by The Creative Independent. Visual artist Bunnie Reiss ­created a colorful work that graces a building on Hertel Avenue.

Miami Dolphins defensive tackle Christian Wilkins has been fined $13,261 for unsportsmanlike conduct for his actions in the pile Sunday that l…

A man fatally shot his mother and his wife at different locations in Clarence on Thursday and then traveled to a shooting range in Newstead with his father where he killed the man and then himself, a police source told The Buffalo News.

Baltimore Ravens defensive back Marcus Peters had to be restrained after screaming in frustration at coach John Harbaugh as the Ravens were coming off the field, according to multiple reports.

According to the report, the man was ejected from the car and it burst into flames.

Report Card: Bills made the necessary adjustments to outlast Ravens in slug fight

The lesson every quarterback should take from the Bills' 23-20 last-play victory against the Baltimore Ravens is to keep persevering even when things aren’t going well.

Couples said 'I do' in Hamburg, but undercover cops objected in widespread marriage fraud case

The local ceremonies were part of a widespread ring of fraudulent marriages that allowed foreign nationals to stay illegally in the United States, according to federal authorities.

Poyer was tended to on the sideline by athletic trainers after his second interception of the game. He was taken to the x-ray room after the game. 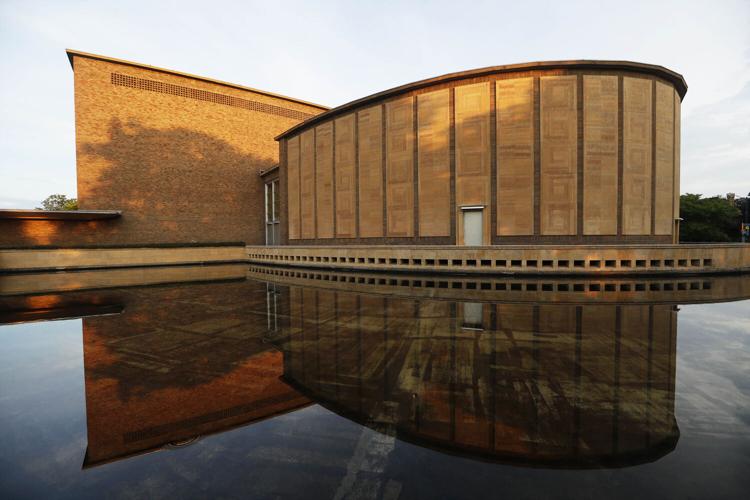 Kleinhans Music Hall is the home of the Buffalo Philharmonic Orchestra. 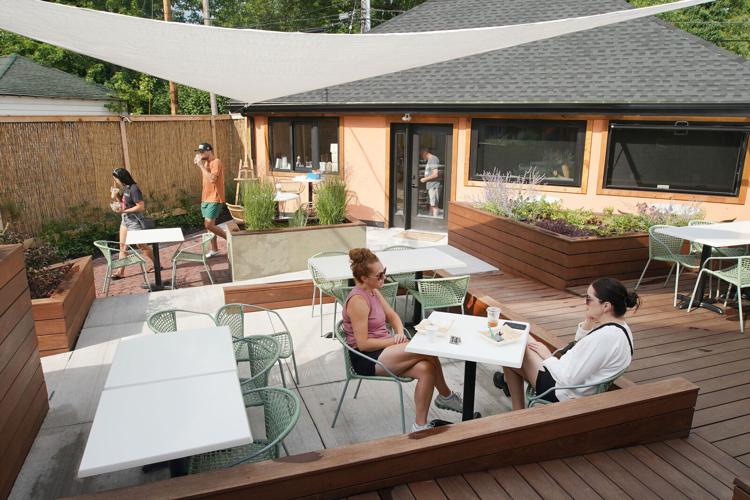 People enjoy the outside patio at Café Postscript on Elmwood Avenue. 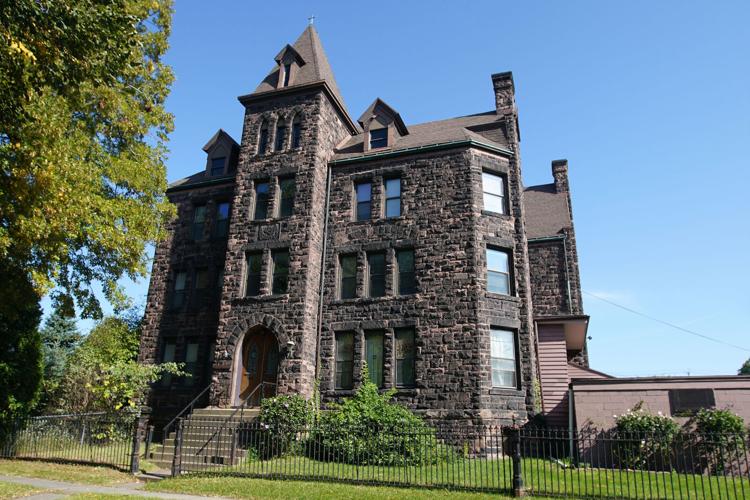 The St. Patrick's Friary house at 102 Seymour St. will be used as the 2023 Decorators' Show House.