The push for diversity has been going on for years. And advocates say Buffalo Niagara's workforce still has a long way to go to truly become more equitable.

A Buffalo Niagara Partnership survey last year bore that out, with nearly 3 of every 4 businesses responding saying that they had launched an initiative to become more diverse, but fewer than 1 in 5 had set concrete diversity and inclusion goals, and just 1 in 20 said they had fully achieved those goals.

And 6% of the 265 firms that responded to the survey said they weren't interested in initiating any plans related to diversity and inclusion.

Experts say support for diversity initiatives has to come from the top, but the Partnership survey revealed that CEOs and staff-level employees often have different perceptions about their companies' approaches.

While 70% of CEOs surveyed said their organization "maintains a culture that promotes inclusion," only a little less than half of staff-level people in the survey agreed with that statement.

So the region still has a lot of work to do. Here's what some local leaders think has to be done.

As president and CEO of the Northland Workforce Training Center, Stephen Tucker knows the work it will take to make the workforce more equitable.

"Sometimes I feel like it's just lip service, checking the box. You can have diversity and inclusion initiatives but are you intentionally setting up programs to help people advance? Are you supporting the professional development of those individuals?" he said.

It's necessary to raise awareness about the opportunities that exist for people of color and make sure they can access those opportunities, he said. It's just as important to make sure they succeed once they're there. That means creating a culture where everyone feels valued.

"Are you listening to them when they bring their concerns? Are you able to have those courageous conversations when issues come up?" Tucker said.

Making sure there are people of color in leadership and hiring roles will help tap into new, more diverse networks of candidates, as well. He gives this analogy: If you keep fishing in the same pond, you'll keep catching the same fish. The training center helps with both.

"We have to prepare people with technical and educational skills, but we also have to work with the businesses to fish in a different pond," he said.

"I think we need to have people of color on some of the corporate boards because who is at the table matters," said Sconiers, vice chair of the Racial Equity Roundtable, an initiative of the Community Foundation of Greater Buffalo.

"It's the people on the boards who are going to have to raise this," she said. "There is probably someone on those boards who feels we need to have a more inclusive board, and I think they'll be the ones who can really make a difference.

"Coming from the outside and trying to get on I don't think is going to happen because it's kind of like a closed shop," Sconiers said.

The absence of African Americans in Buffalo's corporate leadership remains pronounced, she said.

"The one thing we have not cracked are the corporate boards," Sconiers said. "If we truly want a diverse and inclusive society, then you have to have it in places where we're not."

As one of the most segregated cities in the country, Buffalo has a long way to go before its business community reflects the diversity of the city's population.

And it won't be a quick or easy fix, she said.

"The issues that are plaguing our Black and brown communities stem from a myriad of systemic injustices that can not be attributed to one source," Welch said.

As a result, there won't be one silver-bullet solution. Many deep-rooted systemic changes must happen to create both the ability and opportunity for success among all communities of color, and the changes must come from the bottom up, Welch said.

"It’s sitting down with brown and Black communities and really, truly listening to what needs to happen. And then working together to do the work," she said.

That will take more than a company mission statement or funding to create more programs, she said.

"We must all leave our egos at the door, roll up our sleeves and be ready to get to work," she said. "To truly make change, we need to be willing to dismantle the current systems in place and replace them with those that truly provide equity and support."

Recruitment, development and retention are the core of racial equity and diversity in the workplace and corporate leadership, according to Thomas Beauford Jr., the new president and CEO of Buffalo Urban League.

Beauford was appointed last August and has more than 20 years’ experience in strategic and operations management, mostly in the financial service industry.

He said companies may have to be deliberate, almost to the extent of affirmative in setting goals to achieve the makeup and composition of what they want their businesses to look like.

And someone may need to be held accountable if it’s not happening.

Businesses should develop diverse talent through mentoring and advocacy because minorities often don't have traditional networks that happen “organically” in other cultures where candidates already “know someone who knows someone” at the company or has social connections with someone at the company before they are hired, Beauford said.

That's an "informal mentor," Beauford said. It's an advocates who "speaks for you when you’re not in the room and makes opportunities available to you or at least throw your name in the ring."

Retention of diverse talent also involves companies investing money in and patronizing “Black and brown” cultures and experiences like restaurants, education and centers of commerce.

Rupa Shanmugam has been a trailblazer throughout her life.

The Malaysia native studied engineering at a time when nearly all of her classmates were men. She went on to become the CEO and majority owner of SoPark Corp., an electronics manufacturer in Lackawanna, when even now manufacturing companies are often led by men.

SoPark's top leadership is 67% female. Its total employment is 53% female and/or minority, with 10% foreign-born U.S. citizens from different countries.

"Diversity and inclusion is not a program," Shanmugam said. "It needs to be a series of actions that results in positive changes in the way organizations are built and the way business is conducted. It is also about building a network in minority communities to better understand each other's perspective."

Shanmugam said it's important for business leaders to be in regular contact with leaders in the minority community and to participate in their events.

"In order to build a foundation for the future, it is very important for businesses to invite involvement from diverse groups of students from schools and higher education including job shadowing, summer employment and internships," she said.

The results were revealing.

"With 72% of businesses starting their (diversity, equity and inclusion) journey and only 5% of companies achieving their diversity goals, there is much work to be done," said Dottie Gallagher, president and CEO of the Buffalo Niagara Partnership.

A company's next step on promoting greater diversity depends on where they are now on their journey, Gallagher said.

Employers who are just starting to work on the issue need to commit to the process and learn more about what to do, she said.

Companies that have started the process need to designate a person or a committee to manage the work, Gallagher said.

And employers further along should have a dedicated professional or committee set measurable goals for not only hiring, but a commitment to policy changes that promote inclusiveness at work, she said.

"This is a journey that every company must approach individually," Gallagher said.

"What the assessment showed was that if does not matter if you are a small company or large, a for-profit employer or not for profit, every company moves along the continuum," she said.

Prospectus 2021 is this year's business forecast. In this section, we take a look at how Buffalo Niagara’s business leaders are preparing to e… 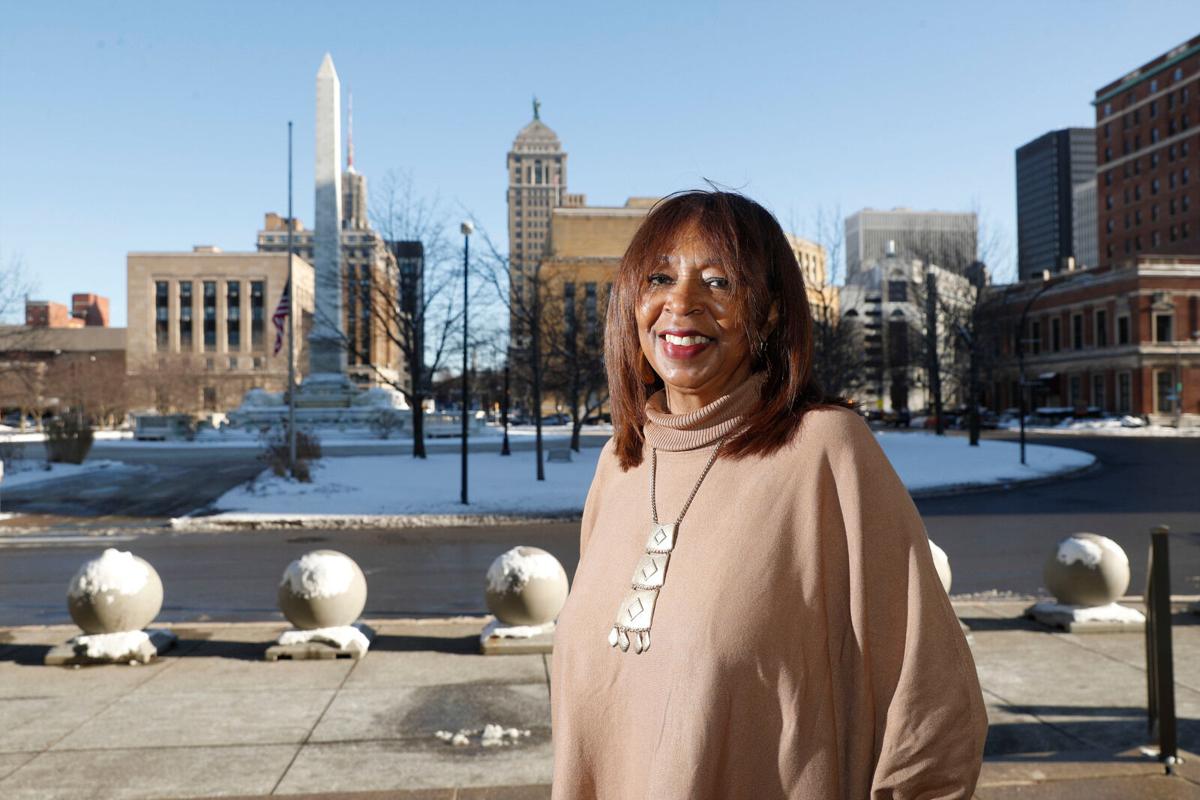 Rose Sconiers, a retired New York State Supreme Court Judge is involved with issues of corporate equity and diversity. She's the chair of the Racial Equity Roundtable,  an initiative of the Community Foundation for Greater Buffalo. 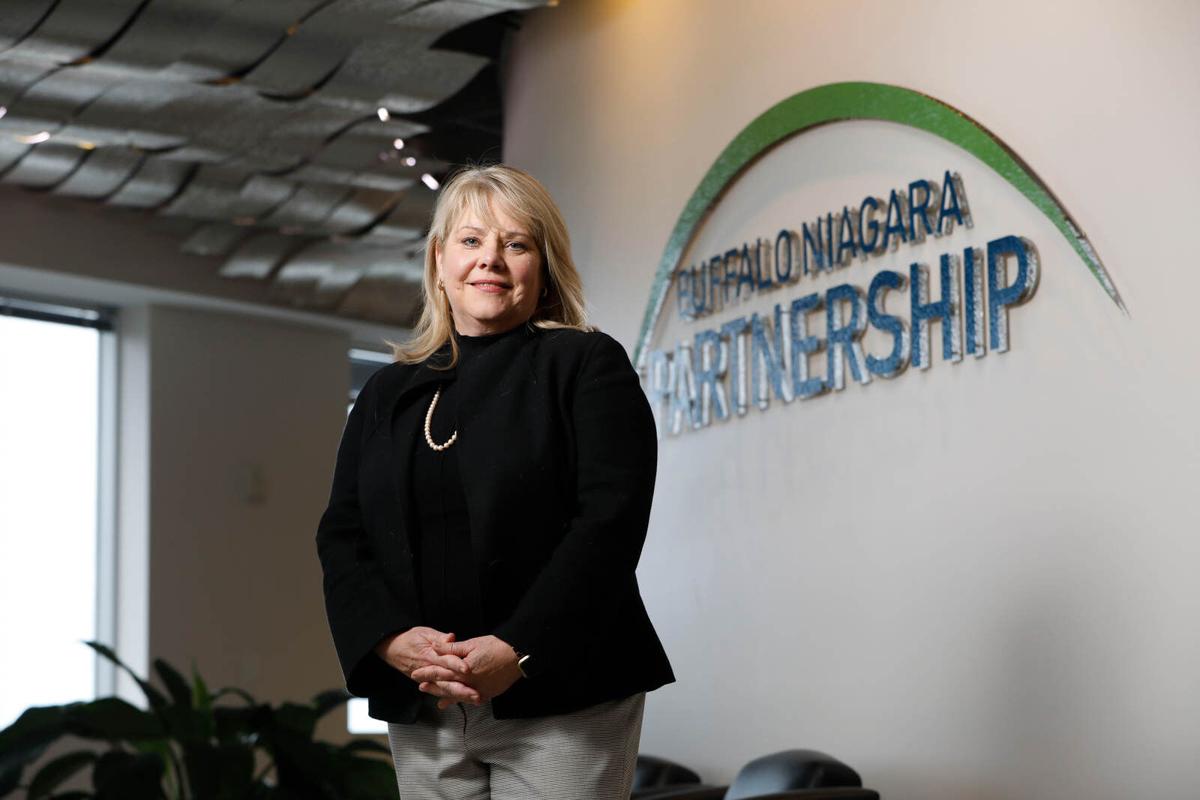 Dottie Gallagher is the president and CEO of the Buffalo Niagara Partnership. 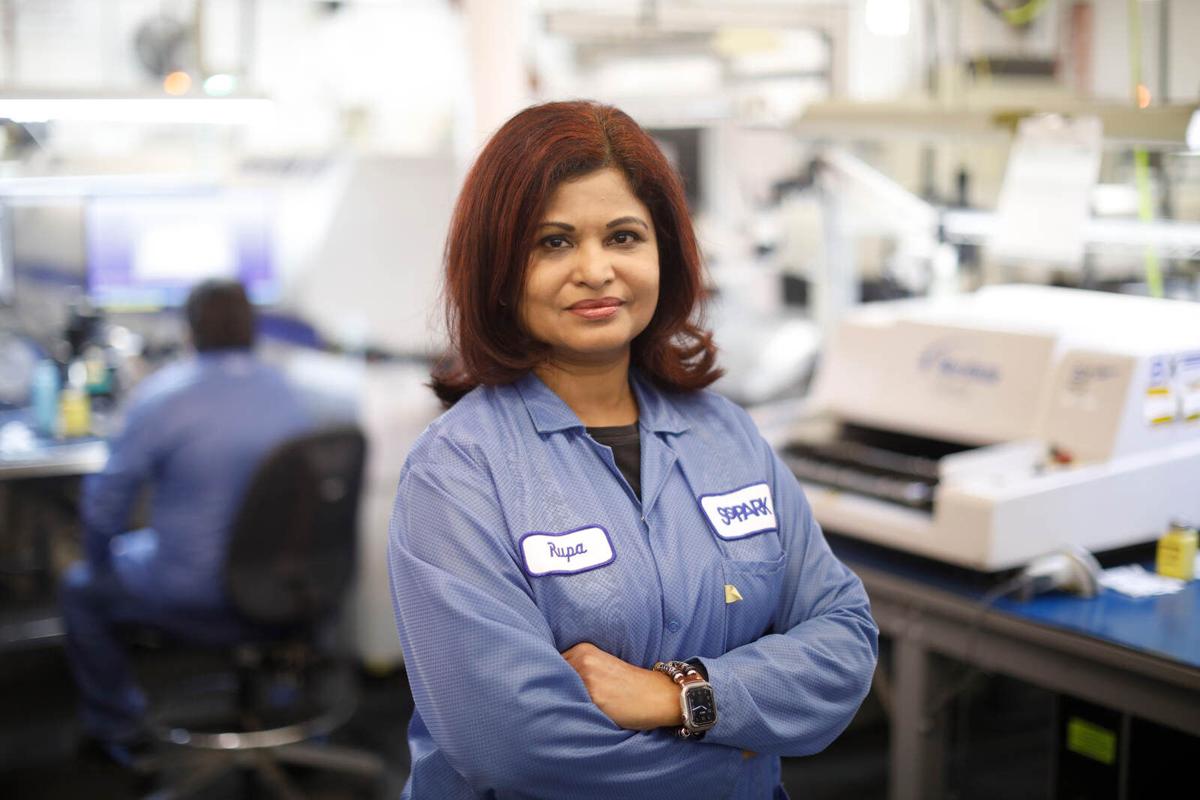 Rupa Shanmugam is president and CEO of SoPark in Lackawanna. 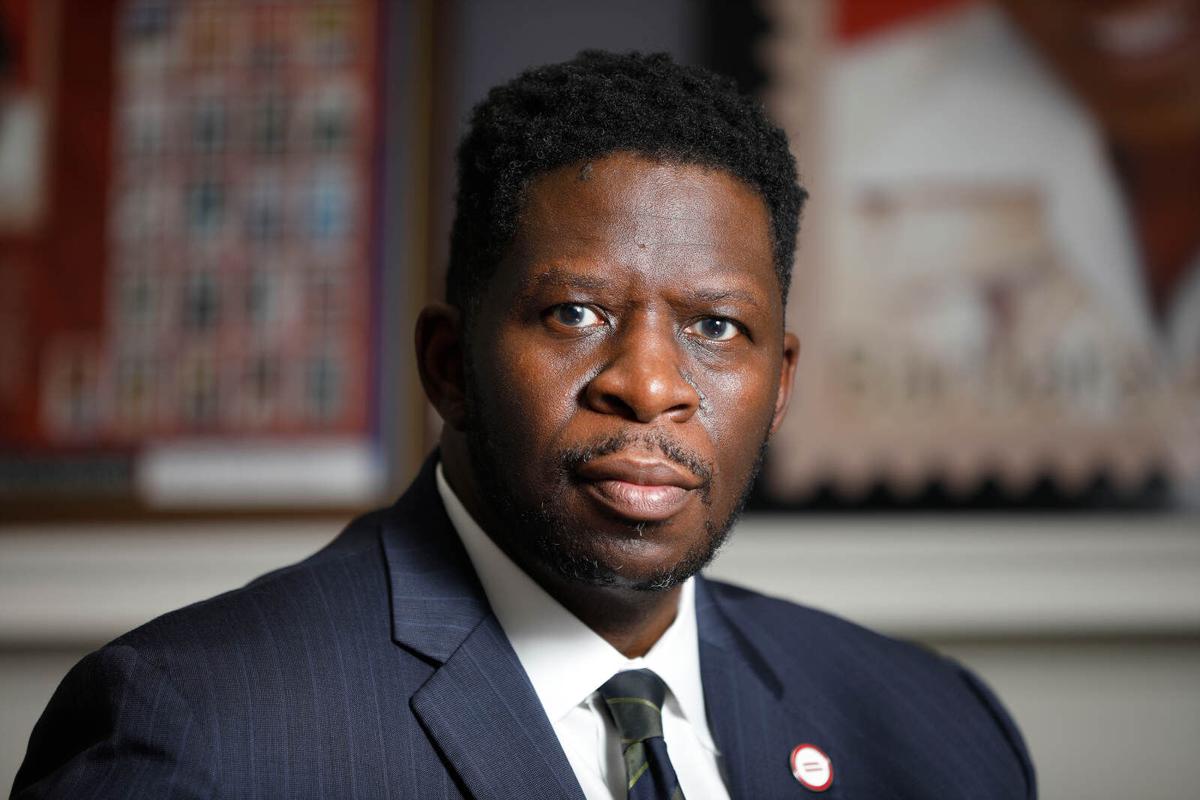 Thomas Beauford Jr. is president and CEO of the Urban League. 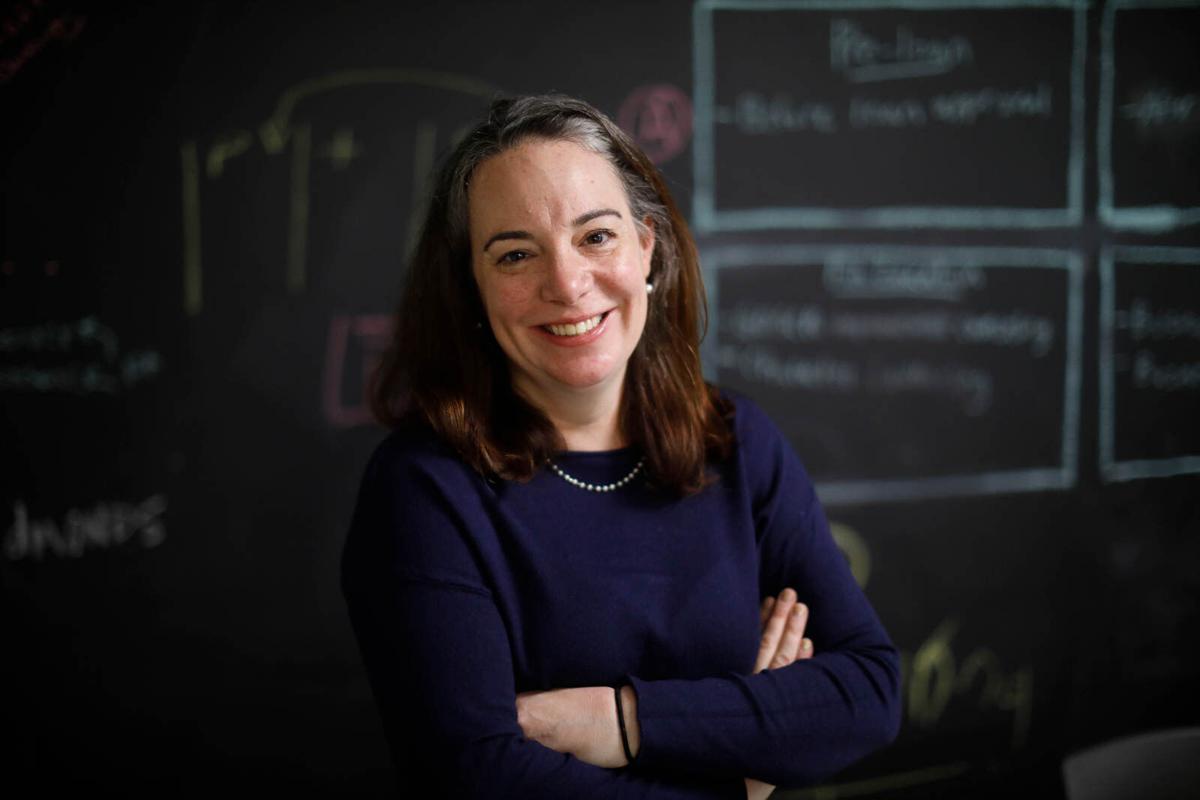 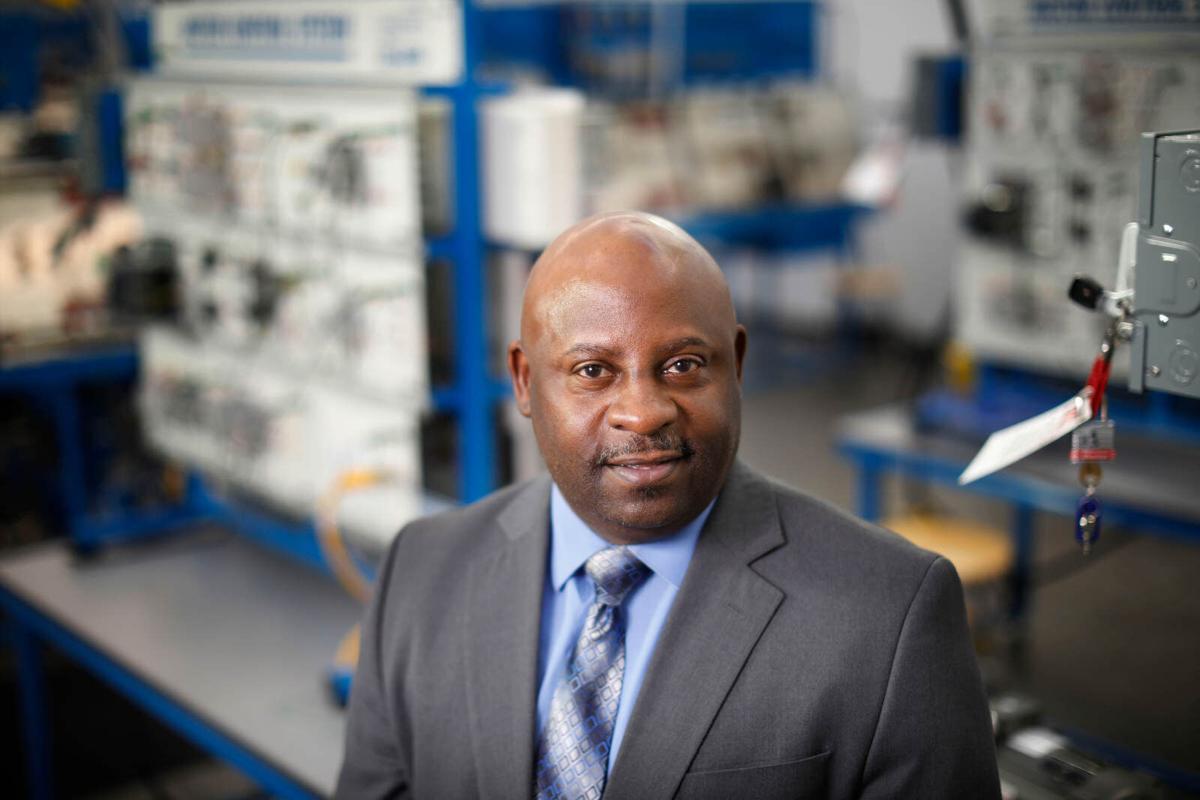 Stephen Tucker is president and CEO of the Northland Workforce Training Center.