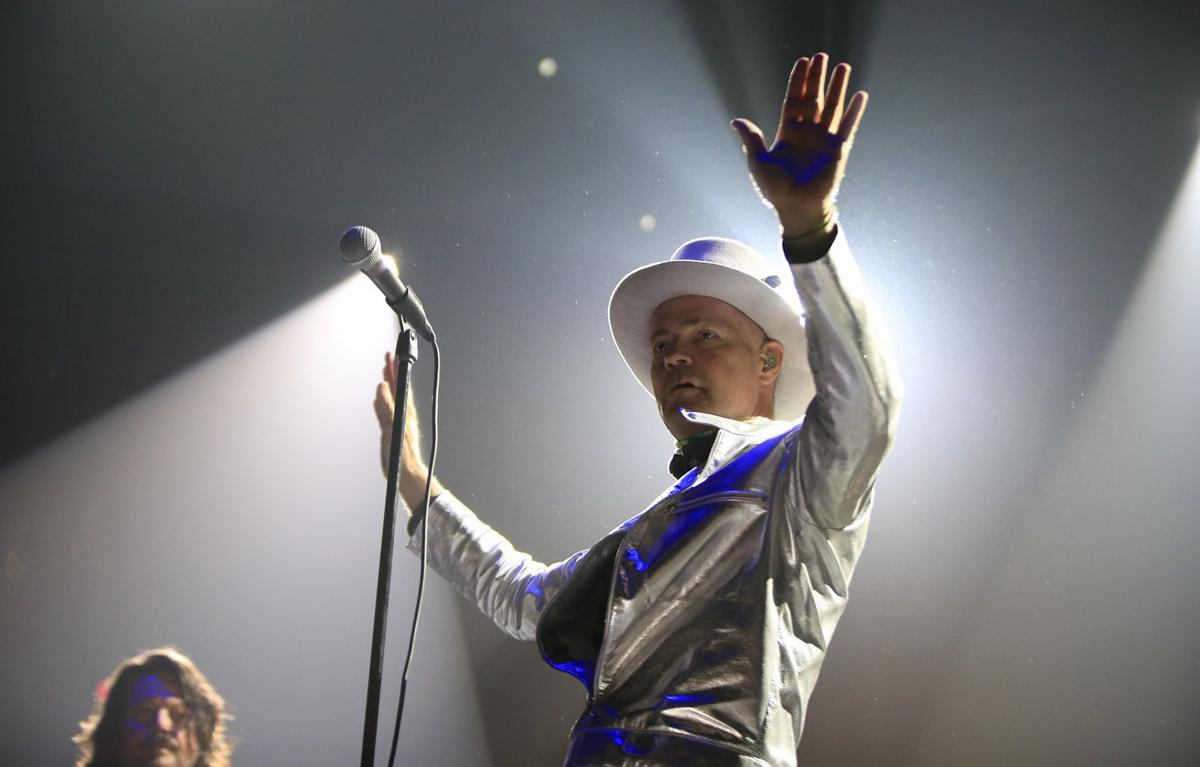 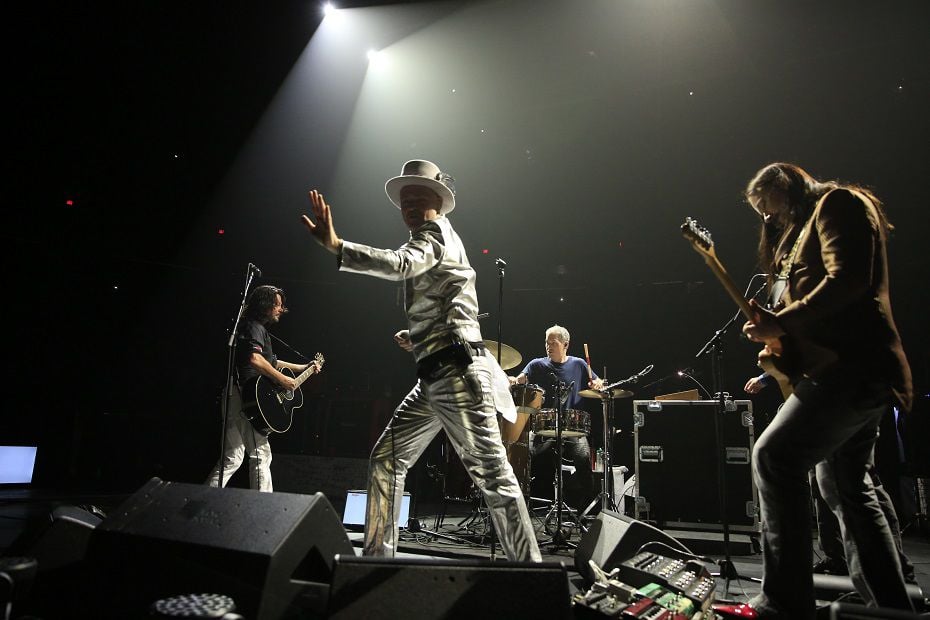 Like so many Tragically Hip fans who caught the band on what turned out to be its final tour, following the announcement that singer, front-man and shaman-poet Gord Downie was battling terminal brain cancer, music journalist Michael Barclay had a moment where the poignancy of the situation overwhelmed him.

"It was at one of the Toronto shows" in August of 2016, recalls Barclay. "Gord didn’t have all of his faculties by this point, though he was giving everything he had. I remember him crouching in front of the video camera on the side of the stage, and just staring into it. I didn’t know what he was doing until the next day, when a colleague asked me, 'Did you catch that?' It turns out that Gord was mouthing in slow motion, over and over again, the words 'I love you,' which people way in the back of the arena could see on the video screens, but I couldn’t, from my vantage point. That says so much about him."

Barclay - who comes to Buffalo's Tralf Music Hall on Friday to read from his just-published book, "The Never-Ending Present: The Story of Gord Downie and the Tragically Hip," in an event that will also feature a performance from Buffalo's Strictly Hip - wrote about the group's final tour extensively for Canadian news periodical Maclean's Magazine.

As a Canadian with an encyclopedic knowledge of that country's popular music –  evidenced by "Have Not Been the Same," a comprehensive examination of the Canadian rock music explosion that occurred between 1985 and '95, which he co-authored – Barclay rightly interprets the Hip through a lens of Canadian identity. It's understandable, then, that he's a bit surprised when I tell him that he'd better bring a lot of copies of the so far Canadian-release-only book with him when he comes to Buffalo. Because we consider the Hip to be our band, too. (Hardcover copies of the book will be available Saturday for $27.95.)

"Music is obviously a universal thing," Barclay tells me. "The difference in this case is that the Hip was ignored by American media, they got little radio play here, there was no Rolling Stone coverage. Because of that, they were really a live music phenomenon. They led the Canadian music renaissance. They were so inspiring to their peers. They were never toadies to anyone. They did what they wanted to do, and they took full ownership of what they did. They proved in the process that you don’t have to have commercial success in America to be valid. You're not a loser if you're only successful in Canada. So in that sense, it's a Canadian thing."

In fairness, it should be noted that, though the Hip was largely ignored by American radio, this was not the case in Buffalo. "We  started working the band to radio after seeing them for the first time at Nietzsche's, in 1989," said Bruce Moser, then of Could be Wild Promotions, the independent radio promotion company that secured the Hip regular rotation on 103.3-FM. "They even did a live concert broadcast on the Edge, from Audio Magic studios in Buffalo. The Hip had a lot of radio support here."

Barclay chose his book's title from a Downie song of the same name that appears on his first solo album, 2001's "Coke Machine Glow." I asked him how he thinks that title applies to the way that Downie conducted himself in his post-cancer diagnosis life.

"For the last two years of his life, Gord lived knowing that there was no way out," Barclay said. "He took that as a mandate to live his life fully in the moment, to seek everyday beauty and celebrate it. He worked so much, and so hard, during the time that was left to him. This was so very inspiring, on every level."

"The Never-Ending Present" is an authoritative Hip text that deals extensively with the band's 32-year oeuvre and features input from a plethora of Hip friends and peers. It is, however, a book that Barclay had no choice but to write without the input of the band members themselves. There are positives and negatives to such strictures, a fact not lost on the author.

"It allowed me some objectivity, though it was tough and frustrating," Barclay said of writing without the input of the surviving band members. "Ultimately, I'm grateful that it turned out the way it did, because I felt free, and I was able to present my own opinions in the book."

Of the many revelations the Hip connoisseur will find in the book's pages, one in particular hit home with me. For several decades, I've found that my love for the Hip confused my fellow musician friends, some of whom would say, "They sound like an average bar band – I don’t get it." I'd suggest the magic to be discerned involved the way in which this sturdy rock 'n' roll band worked through its Rolling Stones-like paces while a brilliant poet/performance artist does his thing atop it all. I managed to change few minds with this argument, which underscores something that Barclay realized while writing the book – not everyone loves the Hip, despite their status as Canadian icons.

"It was something I wanted represented in the book," Barclay said. "In Canada, the Hip's last tour was such a huge, flag-waving thing that some backlash was inevitable. The band is so wrapped up in Canadian identity that I thought allowing opposing viewpoints was necessary, because there are people who think, 'I'm Canadian, and I don’t love this – does that mean I'm not a true Canadian?'  I get it, because, for example, I hate the Grateful Dead, though I like some things that are in the same genre as the Grateful Dead. Drake drives me nuts, but I like a lot of hip-hop. Not everything is for everyone."

Those who felt the Hip's power tended to take it deeply into their hearts in an enduring way, however. Experiencing Downie's final appearances is something those fans are not likely to ever forget. The lesson in human dignity transcended the music.

"No one – other than perhaps (the late soul singer) Sharon Jones, who toured and worked incredibly hard while battling cancer – did what Gord did. It was unprecedented. There is real beauty in the way he lived his life to the very end."

'The Never-Ending Present: The Story of Gord Downie & the Tragically Hip,' featuring author Michael Barclay and a performance by the Strictly Hip

You can rent ‘Home Alone’ house on Airbnb, complete with booby traps and holiday decorations

This holiday season, you can recreate your favorite “Home Alone” scenes by booking the Illinois house featured in the film for one night only on Airbnb.

Alan Pergament: 43North's 'For the Love of Buffalo' is a love letter to the city

The hourlong film, which premieres at 7 p.m. Dec. 8 on WKBW-TV, showcases many of the positive developments that make it harder – as the slogan goes – to Keep Buffalo a Secret.

Jeff Miers: Peter Jackson’s ‘The Beatles: Get Back’ hit me where I live

"All things must indeed pass. And yet, nothing really ends," writes Jeff Miers. "Jackson’s film allowed me to accept this dichotomy, without, at first, even realizing it. And it took me back. To where I once belonged."