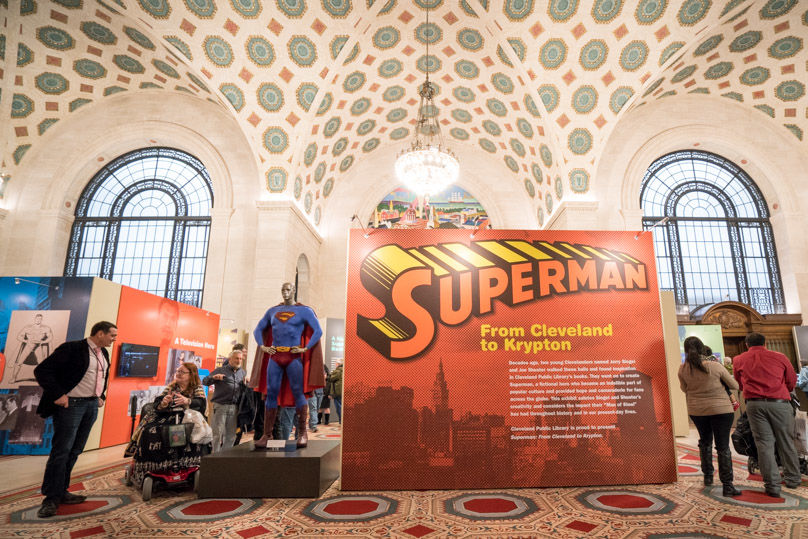 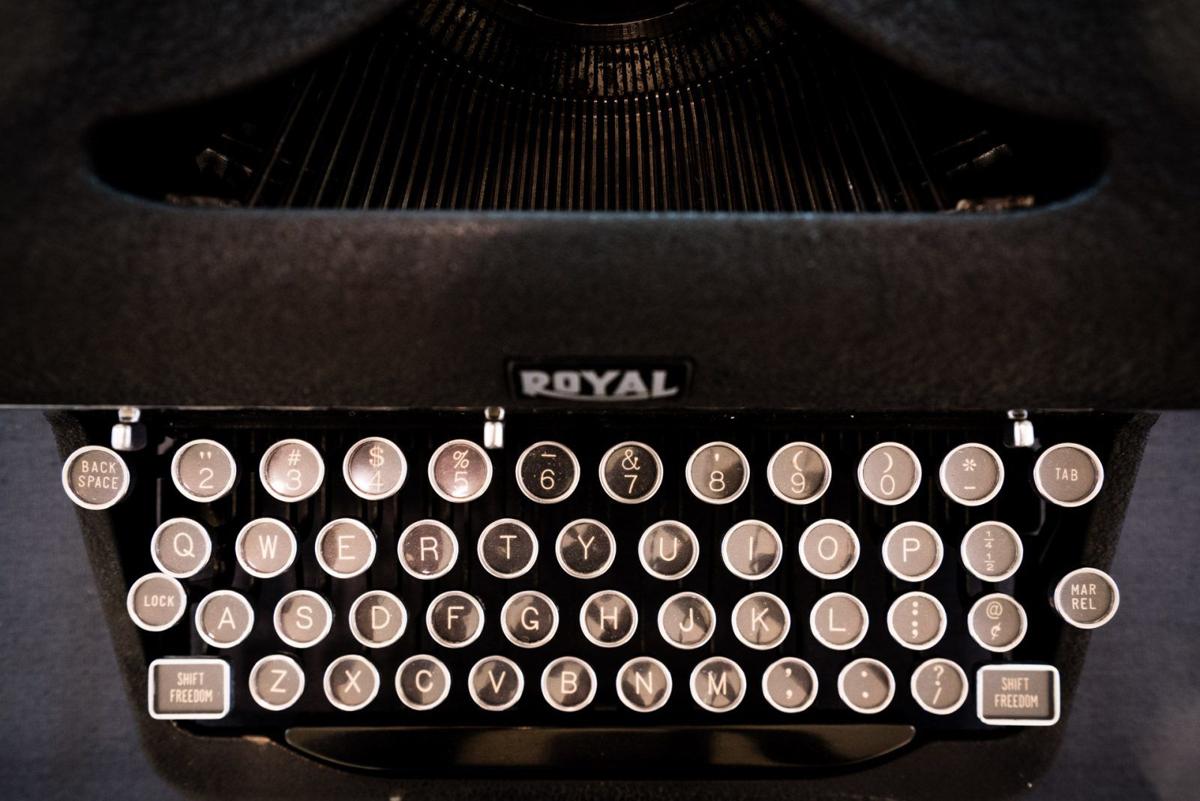 CLEVELAND  - If you imagine a superhero character’s conception, a paragon so dynamic that some regard its heritage rich enough to rival luminary literary figures Sherlock Holmes, Tarzan, Robin Hood, and Mickey Mouse, it would be reasonable to assume it was birthed in some Hollywood hero laboratory.

Instead consider that Superman, the model for many modern day action heroes, was created in Cleveland, in 1933 by teenagers, writer Jerry Siegel and illustrator Joe Shuster. Their impact and Superman’s is saluted with memorabilia galore in an exhibit at the Cleveland Public Library.

The library is an imposing historic building. The Main Library was built in 1925 and renovated in 1999. The Louis Stokes Wing completed in 1997, is named for Ohio’s first African-American elected to the U.S. Congress in 1968. Together the two buildings take up a city block, and seem a fitting home to honor a hometown hero, “a hero like no other,” says super collector Mike Curtis.

Curtis grew up as a single mother’s son, and his his mother thought he could benefit from a father figure.

“In the '50s you couldn’t find a better one,” Curtis said. "A lot of kids looked to the Superman story, especially in the '50s.” Library Director Felton Thomas agreed, saying, “Siegel and Shuster created an icon who’s able to inspire unique qualities in all of us.”

“I’ve always collected to exhibit,” he says, adding his intention is to display items “that will be visually interesting and inspire discussion.”  The thousands of artifacts he donated in 2016 to the Cleveland Public Library certainly meet that criteria, and fulfilled “my desire to find a home for my collection.”

Upon entering the library’s Brett Hall, where most of “Superman: From Cleveland to Krypton” is displayed, there are Superman books available to borrow. Adjacent is Siegel’s 1940 to 1948 writing desk, donated to the library by Siegel’s daughter, Laura Siegel-Larson. A primary component here is the Royal Portable Quiet Deluxe typewriter, of which Siegel in 1995 said “One of the little known stories of Superman is that he owes a lot of his existence to this typewriter. It was the only portable I ever had or used.”

The Royal Portable is on loan from private collector Steve Soboroff who purchased it from Siegel's daughter.

Drew Friedman’s "More Heroes of the Comics" is displayed with Siegel and Shuster on the cover. They’re also depicted in a Friedman drawing. On hand as well is 1942’s "Superman" by George Lowther, published by Random House. Donated by Curtis the book is signed by Kirk Allen who played Superman in 1940s movie serials, and by Noel Neil who played Lois Lane in that same series and later television’s “Adventures of Superman.”

There are posters of original comic strips and comic books are enclosed in cases. A Jan. 1, 1979 Newsweek magazine with Christopher Reeve on the cover is on view, and a would-be future superhero could take his or her cue from a bedroom decorated in Superman regalia.

There also is a reproduction of the Superman costume worn by George Reeves, who played mild-mannered “Daily Planet” reporter Clark Kent in TV’s “Adventures of Superman.”  The attire was created by Mike Curtis which he frequently wore to promote Superman events.

There are clips from the television show and various Superman films, one of which shows Christopher Reeve challenged to find a full length phone booth, as only small, open pay phones are available. Imagine a modern day Kent requiring accommodations to accomplish the transformation.  At the Cleveland Public Library the changeover  would be no problem, as the exhibit includes a relic from not so long ago, a full length phone booth.

While their minds conceived Superman in 1933, Siegel and Shuster they sold the rights in 1938 to DC Comics for $130.  For about 10 years thereafter, they worked as DC Comics employees on the comic strip and comic books. From a 1988 ceremony considered Superman’s 50th birthday, a picture shows Siegel and Shuster being honored,  marking 50 years since the publication of DC Comics first Superman story in “Action No. 1.” In their hometown library, where the pair reputedly wrote and conducted research, the objects lining its halls are a vivid reminder Siegel and Shuster were  instrumental in creating an indelible popular culture sensation.

"Superman: From Cleveland to Krypton" runs until Dec. 31, 2017 in the Cleveland Public Library, 325 Superior Ave. There is no admission charge to view the exhibit. The library is open 10 a.m. to 6 p.m. Monday through Saturday.

You can rent ‘Home Alone’ house on Airbnb, complete with booby traps and holiday decorations

This holiday season, you can recreate your favorite “Home Alone” scenes by booking the Illinois house featured in the film for one night only on Airbnb.