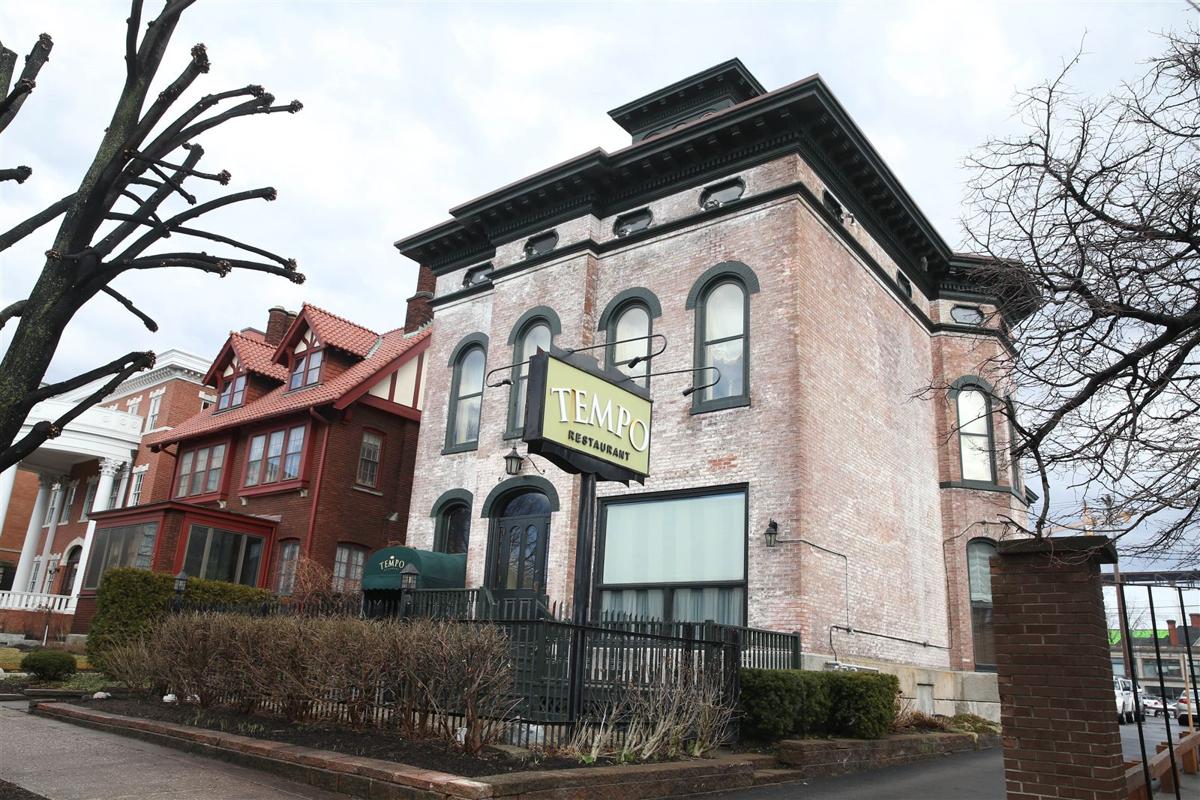 Tempo Restaurant, at 581 Delaware Ave. in Buffalo, closed after dining room restrictions went into place in March. A month ago, partner Mark Hutchinson said Tempo would reopen, eventually, when the business climate was right. 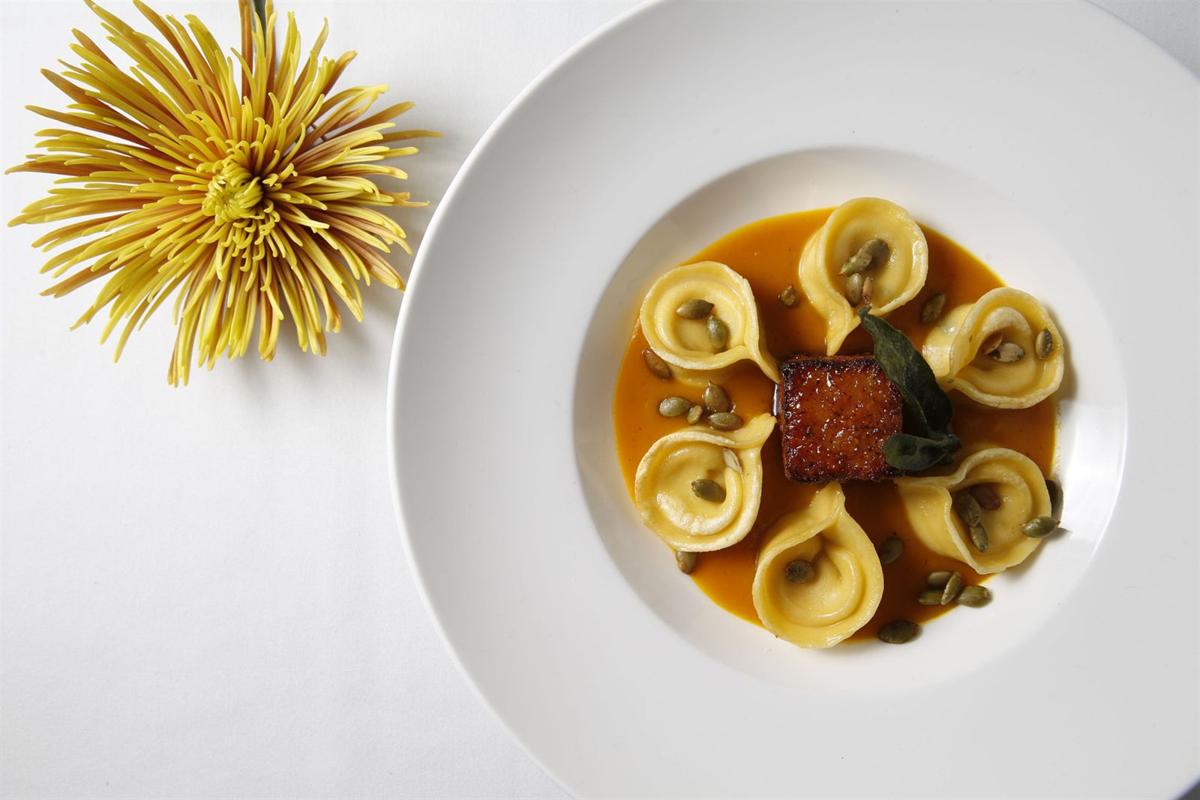 Since Tempo's opening in 2005, Paul Jenkins and partner Mark Hutchinson made the Delaware Avenue restaurant a magnet for big-dollar corporate expense account dinners.

Five servers have sued the fine dining restaurant Tempo and manager Paul Jenkins, alleging they were cheated out of hundreds of thousands of dollars in event gratuities.

That was money customers thought servers were getting, the lawsuit alleges, for duties such as sprinting steaks and triple-digit bottles of wine up the stairs to the third-floor cupola room. The servers never saw the money, instead getting an hourly wage while four-figure gratuities went into other pockets, the lawsuit alleges.

Some servers were specifically directed to lie to customers who asked if they really got the money, the suit alleges.

“The guests believe they are treating the servers well, when in fact Tempo is taking our tips and forcing us into silence,” server Brent Millet, who started at Tempo in 2013, said in a statement. “I am simply trying to recover the wages I have worked very hard for over the years and I would like to see a change in the exploitative policy at Tempo.”

On behalf of Tempo, attorney Jennifer Friedman, of Schröder, Joseph & Associates, said: "We vigorously dispute the baseless allegations made in the complaint and are confident the evidence will demonstrate that they have fully complied with the law, including paying 100% of gratuities and tips to the servers. We fully expect to prevail in this frivolous lawsuit.”

Friedman said she had advised the restaurant to refrain from making statements or answering questions about the pending litigation.

The five servers who filed the lawsuit in State Supreme Court in Erie County on Thursday include one former and four currently furloughed Tempo servers. Most accepted the situation as they found it, keenly aware they had one of the most lucrative serving jobs in Buffalo.

“I was reprimanded for discussing any charges with guests, even when they asked me about them, and was instructed to lie and tell guests I received the money on the bill when in reality I did not,” Blair said in a statement. “It’s especially degrading to be taken advantage of, for hundreds or thousands of dollars per week, and then to be ordered to lie about it.”

“We believe my five clients are owed nearly $300,000 in damages, because of the illegally withheld gratuities,” said Ian Hayes, an attorney with the labor law firm Creighton, Johnsen & Giroux.

“We came up with that number very carefully and conservatively, based on years of schedules and other information. When the group gets certified as a class action in court, that will include dozens of workers who had their gratuities illegally withheld, and the damages will obviously be many times higher,” he added.

Since its opening in 2005, Jenkins and partner Mark Hutchinson made the Delaware Avenue restaurant a magnet for big-dollar corporate expense account dinners and Buffalo Bills representatives wooing football players to join the team.

While regular diners were served on the first floor, many special parties got the second floor spaces or the peak of exclusive high-roller Buffalo dining: the third-floor cupola room. Servers were paid an hourly event rate, while the 20% standard gratuity illegally went into the pockets of ownership and managers, the suit alleges.

Tempo closed after dining room restrictions went into place in March. In the meantime, Hutchinson has expanded his Hutch’s restaurant on Delaware Avenue to include event space. A month ago, he said Tempo would reopen, eventually, when the business climate was right.

Several former Tempo servers said they would welcome the opportunity to join the suit in pursuit of lost event tips, since they had been led to believe they deserved none of the gratuity. While it might not amount to much at other restaurants, the top-level private parties and catering they provided to Buffalo’s elite isn’t money to be abandoned, they said, especially under the current economic climate.

“There is no justification, besides greed, for Tempo to withhold gratuities from its servers,” Hayes said, “especially when catering to the city’s wealthy and powerful.”

Season's specials: Get these locally-driven plates while you can

Now is the time to reap the rewards of living in Western New York, writ in delicious living color across the plates of area restaurants. The rest of the year, the fields of California, Chilean air freighters and Canadian hothouses may dominate your menu, but this is our season. The farmers of Western New York are reaping what they

Tempo Restaurant, at 581 Delaware Ave. in Buffalo, closed after dining room restrictions went into place in March. A month ago, partner Mark Hutchinson said Tempo would reopen, eventually, when the business climate was right.

Since Tempo's opening in 2005, Paul Jenkins and partner Mark Hutchinson made the Delaware Avenue restaurant a magnet for big-dollar corporate expense account dinners.