Tony Romo agrees with his Buffalo critics, calls Mahomes-Brady Super Bowl a legacy game
0 comments
Share this
Support this work for $1 a month
1 of 2 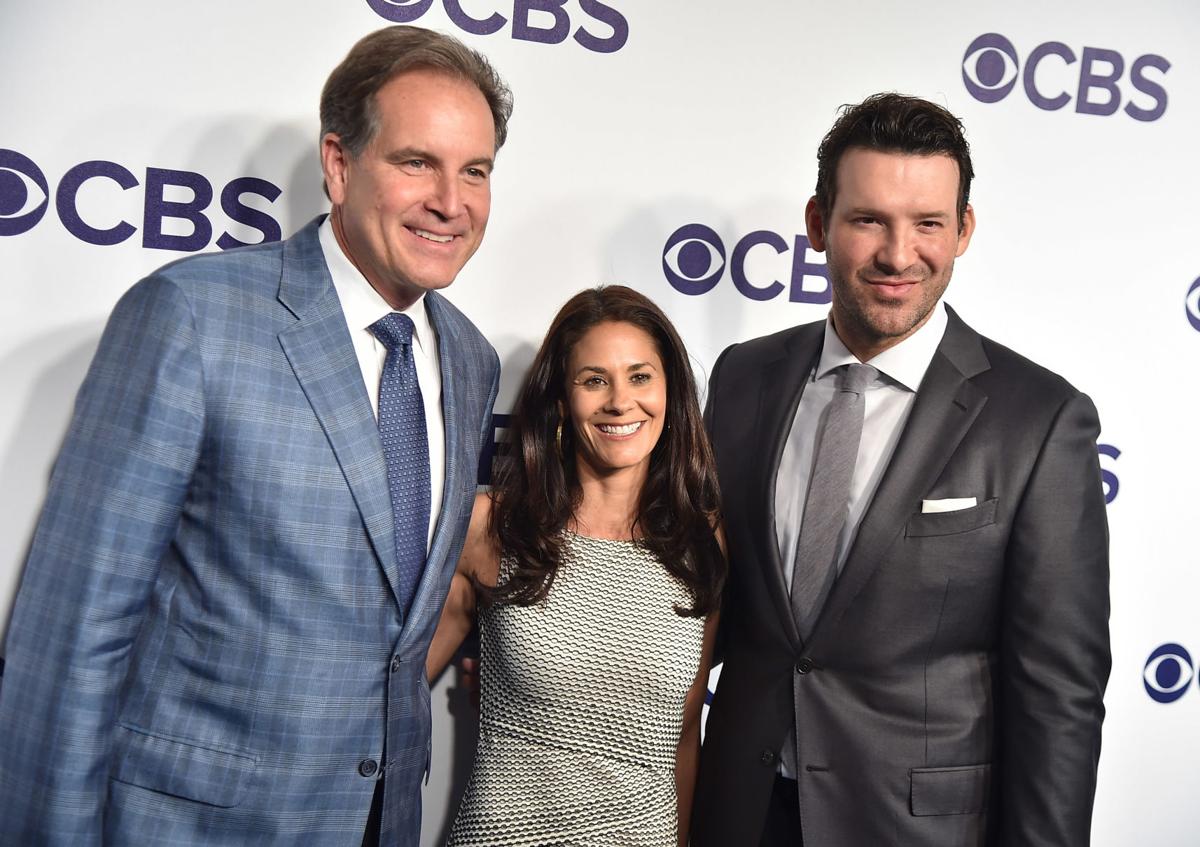 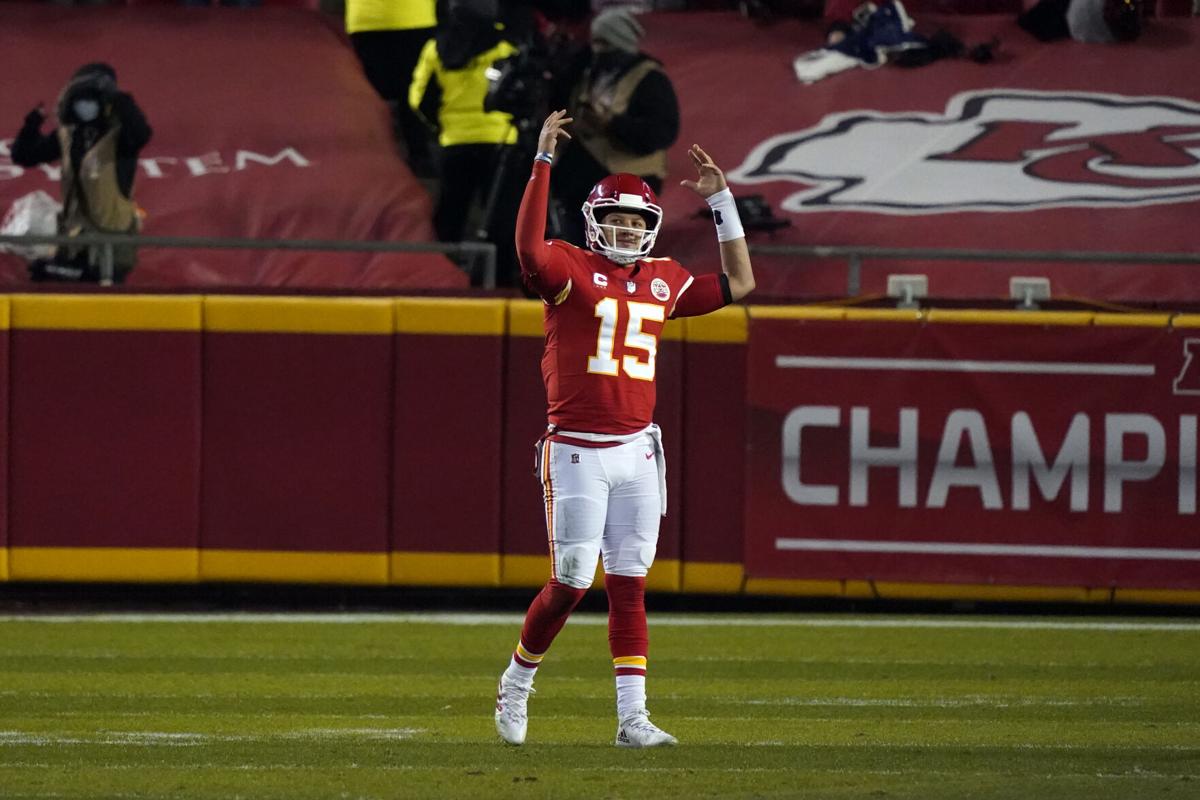 Kansas City Chiefs quarterback Patrick Mahomes celebrates at the end of the AFC Championship Game against the Buffalo Bills.

My review of the CBS broadcast of the Buffalo Bills’ 38-24 loss to the Kansas City Chiefs in the AFC title game repeatedly praised analyst Tony Romo.

I would even call it a rave review.

But some of my critics disagreed, saying Romo talks too much and is annoying.

So I raised that criticism with Romo on a Super Bowl video press conference Thursday.

Romo wasn’t insulted. In fact, he smiled while giving a self-deprecating answer to his Buffalo critics. He agreed with the criticism of both of us, though he said all the talk comes from a place of love.

His critics might not be surprised to learn his answer was long but one worth hearing in its entirety.

“Well, first off, I do talk too much, so I actually agree with them,” said Romo. “That's the easy answer for that one. I think I agree with the Bills fans. I think that I should probably talk less, but I love the game, and I get into it sometimes ... Like there's part of me that always wants to like help the underdog and the offense. I know that sounds dumb, but I know how dominant Kansas City is, and I love Kansas City, but I also love Buffalo.

“Kansas City played a high-level game on both sides of the ball, and they really played one of their best games of the year that we've done – and me and Jim (play-by-play announcer Nantz) have done a number of them over the years. Going into games like that, we know Kansas City is the standard now, almost like New England. Jim, how many years was New England the standard? How many times were you like, ‘I'm going to New England in January? I mean, like how many years was that?’ ”

Romo continued: “Jim Nantz, who lives in California, amongst other places, literally could go ahead and book his January schedule and be like, ‘OK, New England, New England – he just knew that, right? So Kansas City is that standard. That's a gift that they've given, A, the league and us in that they are that special and unique.

“So you sit here and look at the game, and you're like how is Buffalo possibly going to compete? Well, all these cool stats and they're playing great and everything. It's like, great, you're going against Kansas City now in the playoffs, and they've seen you once. This is like going up against New England back in the day. They're that team now, and it's going to be like that for a long time.

“I don't care. If Kansas City did it, I would have done it that way. If Buffalo does it – that's just kind of how I'm doing. I'm not saying it's right, but I try to do the best I can.”

Only about 20 critics on the 90-minute call got to ask a question because the answers from Romo, Nantz, sideline reporter Tracy Wolfson and the CBS Sports executives were so long.

But one comment from Romo stood out and should have ended with a mic drop.

It was a typically long Romo comment but one that had everyone on the call mesmerized by every word of his analysis of what the Super Bowl between Kansas City quarterback Patrick Mahomes and Tampa Bay quarterback Tom Brady means to NFL history.

“I think it's a legacy game,” said Romo. “I really do. This is going to be one of the great matchups in sports history because it doesn't happen very often. This matchup right here is what you talk about with your friends as if.

"When I say that, I talked about this – and Jim knows this – during the broadcast in the AFC championship. Could you imagine if Michael Jordan got his team to the finals in '98 or when he was older, against a young LeBron James, who's really the face of the league, it would be the greatest thing in the history of sports. I think we might actually have that Super Bowl. We might have that game. It just has never happened.

“I was trying to find things. What would it be? You want to see this guy in his prime and this guy in his prime. It's like Jack Nicklaus against Tiger Woods. There's no comparison I could find in any sport, and I would love it if somebody could. The only thing I can think of is, OK, LeBron James is chasing Michael Jordan. He spent his entire career. Jordan set the bar so high, LeBron has to be so amazing to get in the discussion, and he is. Somehow, he's put himself in the discussion. The fact that Patrick Mahomes is somehow even remotely in this discussion shows you how amazing this guy is.

“We all see it – when it's all said and done, this game, there's a chance for Patrick Mahomes, if you're playing in this game, this could be the thing, if you get close to like climbing that ladder, this game could push you over the top when it's all said and done to say, you beat him in the Super Bowl head-to-head. Brady, I promise you, shuts the door if he wins this game. There's almost no way you could ever argue, if Tom Brady at 43 years old, turning back Father Time, beating Patrick Mahomes, who is the face of the NFL, and rightfully so, who's going to turn into this – who's the only guy who could possibly climb the ladder. If Tom Brady closes that in this game, I just don't see some human being ever competing in 10 Super Bowls, winning seven, and being able to say you're better than Tom Brady.

“This game is a legacy game. If Patrick Mahomes wins, he keeps that door open. If he loses, I don't know how you climb it. That's the best I got for you. I might use that during the game.”

To which Nantz responded: “Could we record that and just use that as our open?”

Of course, it was recorded. And would make a great opening on Feb. 7.

Tony Romo showed why he is considered the best NFL analyst on any network, and Jim Nantz had a strong game as well.

Kansas City Chiefs quarterback Patrick Mahomes celebrates at the end of the AFC Championship Game against the Buffalo Bills.