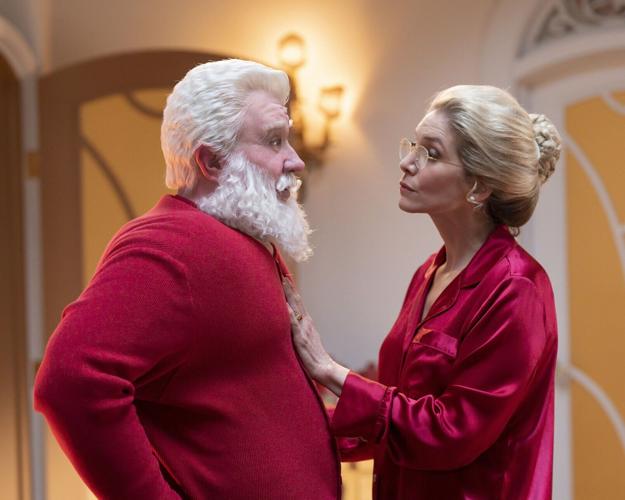 Tim Allen and Elizabeth Mitchell return as the Clauses in "The Santa Clauses" on Disney+. 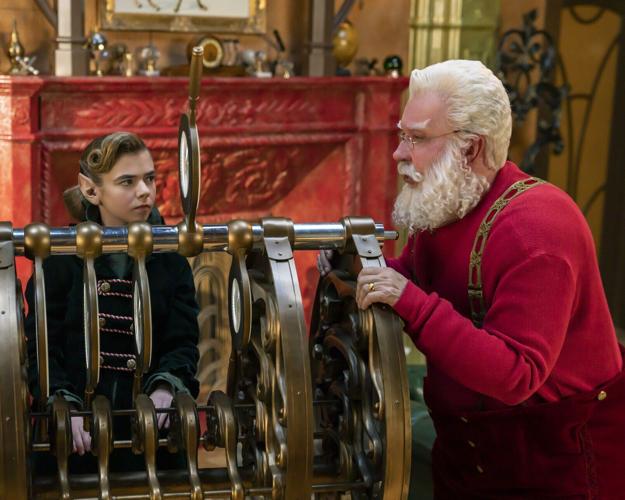 Matilda Lawler and Tim Allen star in "The Santa Clauses."

Support this work for $1 a month
BRUCE R. MILLER

Tired of the rat race and a loss of business, the jolly old elf is looking for a replacement. In “The Santa Clauses,” a Disney+ series based on the hit films, Santa (Tim Allen) has turned 65 and thinks it’s time for a change. He runs the idea past his wife (Elizabeth Mitchell) and she’s game. She’s tired of being marginalized and would like to return to the life they had before a little elfin magic appeared.

While the search begins (could Harry Styles be a contender?), work goes on. “Cruller me,” Santa says and he’s off. On his stops, fireplaces widen (presumably to help him get in); some families haven’t even decorated.

It’s a different world, but it’s one that can’t be ignored.

Santa wonders if son Charlie (Eric Lloyd) could be a possible replacement but hesitates at considering son Cal (Austin Kane), who spends most of his time in pajamas. Daughter Sandra (Elizabeth Allen-Dick) isn’t in consideration. But this is a wide open race.

For fans of the series, that means a chance to see who’s out there. The series’ producers don’t skimp on candidates (wait until you see who’s in the mix) but there could be a change of heart once the field is revealed.

A likely contender: Simon Choksi (Kal Penn), a game inventor, product developer and single father. He doesn’t have designs on the job, but he does get a peek at the Pole. There, elves vomit glitter, braces are made of sugar and falling is something of an occupational hazard.

Noel (Devin Bright), Santa’s right hand elf, and Betty (Matilda Lawler), his chief of staff, are determined to make the transition – if there is one – seamless. They keep the old man on track and try to make sure gifting goes off without a hitch.

Director Jason Winer gets the series off to a fun start, bringing Allen back to his old ways. But he also finds a way to make the former Scott Calvin look a little hip. (A Santa with abs? It’s possible.) He also fleshes out the workshop and finds enough ways to lampoon tradition without appearing ungrateful.

A look at the early movies (which, by the way, prompted children everywhere to misspell “Claus”) would be a great warm-up to watching the latest confection. There, you’ll see how unlikely Allen’s Scott Calvin seemed for the job and how someone in a similar position could be the best choice of all.

The latest iteration may not be as snarky as earlier ones, but there's plenty of fun to ensure this isn't going to be a "lump of coal" year.

Kal Penn who plays “Simon” in “The Santa Clauses” talks to the Journal’s Bruce Miller about Christmas.

Actors say “The Santa Clauses” is full of improv

Elizabeth Mitchell who plays “Carol / Mrs. Claus” and Austin Kane who plays “Cal” talk about how fun the set was during filming of “The Santa …

Tim Allen and Elizabeth Mitchell return as the Clauses in "The Santa Clauses" on Disney+.

Matilda Lawler and Tim Allen star in "The Santa Clauses."