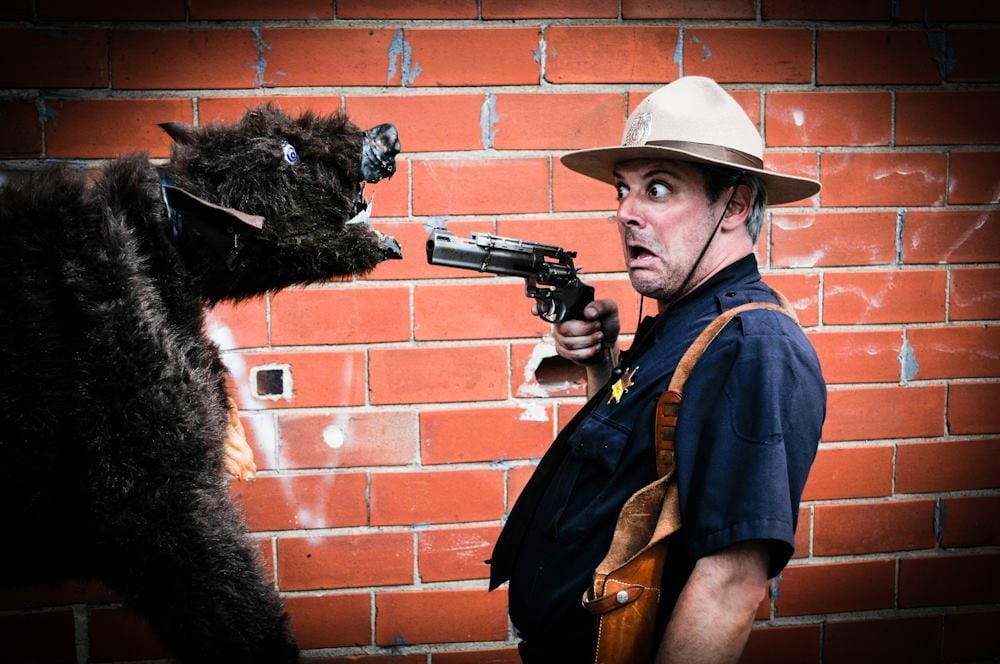 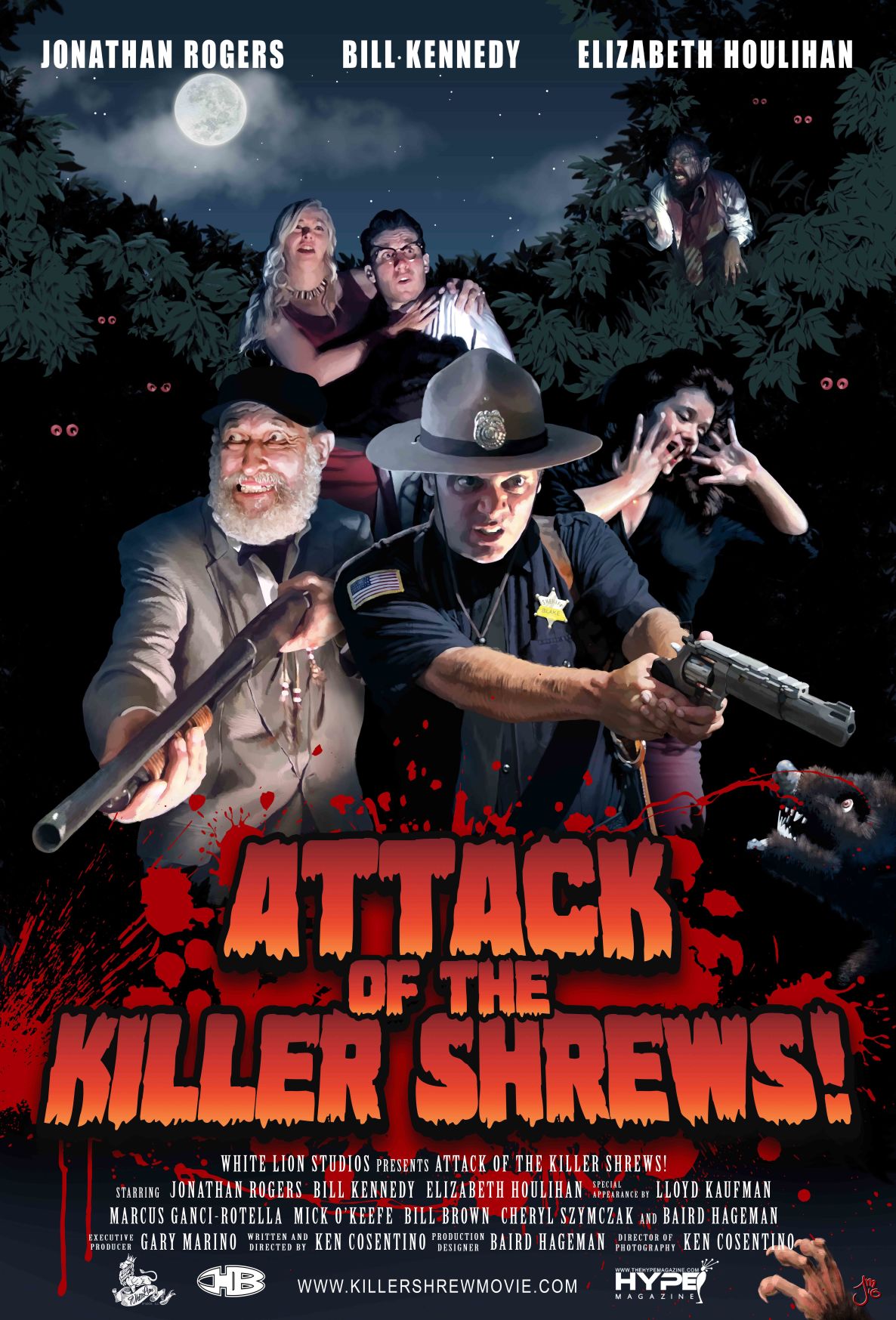 Poster for "Attack of the Killer Shrews."

A locally made "splatstick" film will have its red carpet premiere Sept. 30 at the North Park Theatre.

“Attack of the Killer Shrews,” written and directed by Niagara Falls filmmaker Ken Cosentino, boasts a cast of zany characters and “awful shrew puppets” in an update of the 1959 cult film, “Killer Shrews.” In the original, a motley group of people, stranded on an island by a hurricane, are hunted by giant shrews (think big rodents or mole-like creatures).

The filmmaker said he was heavily inspired to make his film after watching a “Mystery Science Theatre 3000” riff on the original “Shrews.” “I do enjoy the original, no matter how goofy it might be… it’s a classic,” Cosentino said.

Principal photography began in the area in August 2014 and lasted two weeks. It was mostly filmed in West Seneca, with additional footage in Clarence and Niagara Falls ("I always make sure to shoot at least one scene in my hometown of Niagara Falls," he said.). Much of the last six months has been spent building and filming miniatures for the stop-motion film intro.

“The entire process has taken two years and I am still working on the DVD bonus features. It just never ends,” Cosentino said.

Splatstick is a sub-genre that mixes splatter films, comedy and gags - think Peter Jackson’s 1992 “Dead Alive” or "Evil Dead 2," the 1987 film that made Cosentino a fan of this style. “There’s usually a lot of blood and a ton of tongue-in-cheek style humor,” Cosentino said. “It’s a sub-genre that, as filmmakers, we really had a lot of fun with because it’s so off-the-wall and crazy that we were allowed to express ourselves creatively without worrying too much about suspension of disbelief.”

Cosentino is especially pleased he was able to show off his community through his movie. "The fact that a remake of a famous monster movie was shot entirely in Western New York utilizing local crew and talent, all while showcasing local businesses as our backdrop… that is very, very cool," he said. "There are going to be fans from all over the world who see our community, how we portrayed it, and our local artists, and know that Western New York (with emphasis on Niagara Falls and Buffalo), is a true force to be reckoned with cinematically."

What: "Attack of the Killer Shrews"

The recent exit of Lillis as the noon to 3 p.m. personality is the latest change at the AM radio station.

According to sources, the plan is for Murphy and Wood to go on the road to call games this season, unless things change because of the spread of Covid-19. The Bills open the preseason on Aug. 13 at Detroit.

Scarlett Johansson is suing Walt Disney Co. over its streaming release of "Black Widow," saying it breached her contract and deprived her of potential earnings.

D’Angelo, the kindergarten teacher who is a contestant on the CBS reality series, survived a potential eviction for the second straight week.

Poster for "Attack of the Killer Shrews."